BACK TO ALL NEWS
Currently reading: All-new 2024 Audi Q5 spotted testing in the Alps
UP NEXT
Quarter of UK cars produced in April were electrified

A disguised prototype version of the new Audi Q5 has been spotted testing on mountain roads in the Alps, giving a clear indication of the model’s comprehensive redesign.

Set to be the third-generation version of Audi’s best-selling global model, the Q5 will also be one of the German car maker’s final ICE cars.

Pictured with a black and white camouflage livery obscuring much of its exterior design, the prototype features new taillights and a completely revised front end look suggest the Q5 will be brought more in line with its newer stablemates, including the electric E-tron models.

At the rear, meanwhile, the Q5 looks to have been modelled on the Audi Q4 E-tron, although the brake lights in situ here look to be temporary items for the purposes of testing.

The success of the Q5 peaked in 2021, with global sales soaring by 5.3% to 293,069 representing nearly a sixth of the four-brand Audi Group's total deliveries.

It remains vitally important for the German brand five years on from being launched in its current form. 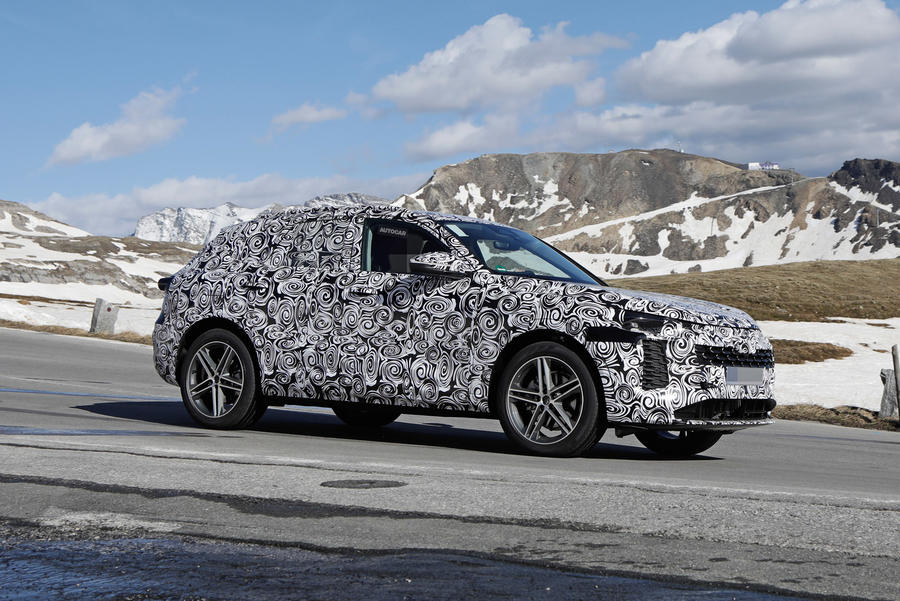 The next iteration, which has started winter testing ahead of an anticipated 2023 unveiling and 2024 market launch, will look to maintain that sales momentum by providing a conventional ICE alternative to the similarly sized Audi Q6 E-tron electric SUV, which will arrive next year.

The new Q5 is expected to use the same evolution of the Volkswagen Group's MLB architecture that will underpin the next-generation Audi A4 saloon and estate.

That means it will offer both front and four-wheel-drive drivetrain layouts and is likely to continue with a familiar powertrain line-up comprising mild-hybrid petrol and diesel options alongside a choice of plug-in hybrids.

The engines will be re-engineered to meet new Euro 7 emissions regulations, expected to be implemented in the coming years. One of these will be the fifth version of the Volkswagen Group's 2.0-litre four-cylinder turbo petrol EA888, which will receive a revamped fuel-injection system and new particulate filters.

The modified platform also introduces capacity for the Q5 to use the four-wheel steering system featured on the Audi A8 and Audi Q8, as well as level two autonomous driving functions and a raft of new connectivity features. 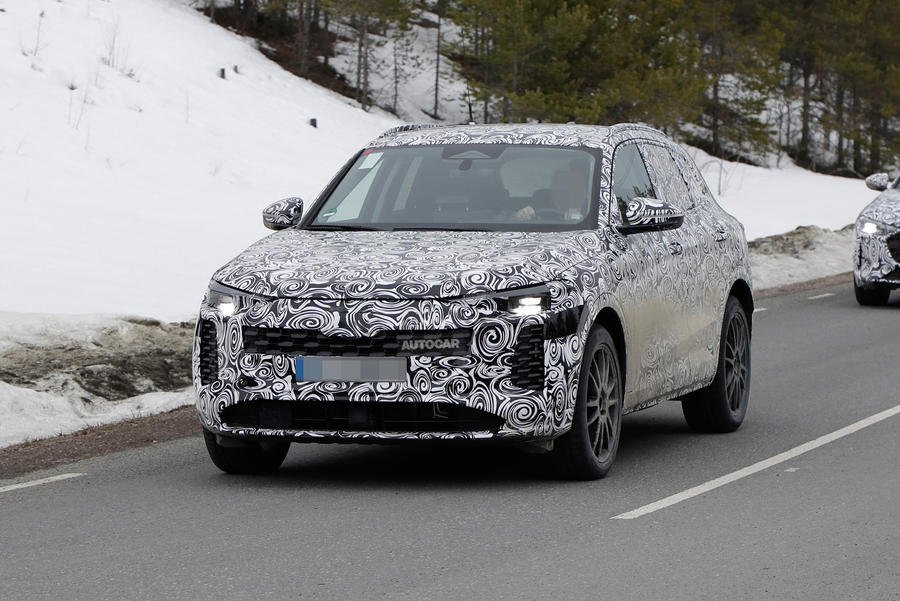 As with the current Audi Q3, Q4 E-tron, Q5 and E-tron SUVs, the new Q5 is expected to be sold in straight-backed standard and rakish-roofed Sportback guises.

Audi will use the new PPE platform – which it's co-developing with Porsche - for new electric versions of the A4 and A6, but given the new Q6 E-tron will essentially serve as an electric alternative to the Q5, the latter is unlikely to get an EV option.

Audi has committed to only launching EVs from 2026 and will stop selling ICE cars completely in 2033, meaning the Q5 is likely to be among the final ICE cars the brand sells.

However, Audi has also said that it plans to keep an ICE version of the Audi A6 on sale alongside the new electric A6 E-tron, hinting at a gradual shift towards all-out electrification for all models.

Surprised its such a best seller, I don't notice many of them here on the road, must be a bigger hit abroad.