BACK TO ALL NEWS
Currently reading: 2026 Volkswagen Trinity: concept for future flagship previewed
UP NEXT
So far, so good: 500 miles in a Bentley Bentayga Hybrid

Volkswagen's new Project Trinity will arrive in 2026 as a cutting-edge EV saloon, offering autonomous driving and introducing a ‘radical’ new business model, with most functions offered as downloadable services.

The forthcoming flagship model has been described previously as a “highly efficient flat-seat concept with an iconic design,” and a new image shared by VW Group chairman Herbert Diess suggests the production car's headline features will be previewed by a radically styled concept in the nearer future.

With a prominent glasshouse hinting at its interior-led focus, the concept is unlikely to heavily indicate the look of the first Trinity-based production car.

The saloon will be built on Wolfsburg's advanced new Project Trinity EV architecture , which will use elements from the MEB EV platform but with new powertrains and advanced software. That will enable it to offer substantially more advanced systems, both in terms of driving technology and connectivity.

Volkswagen also plans for it to "set new standards" in terms of range and charging speed, with the ability to recharge as fast as a conventional fuel stop. 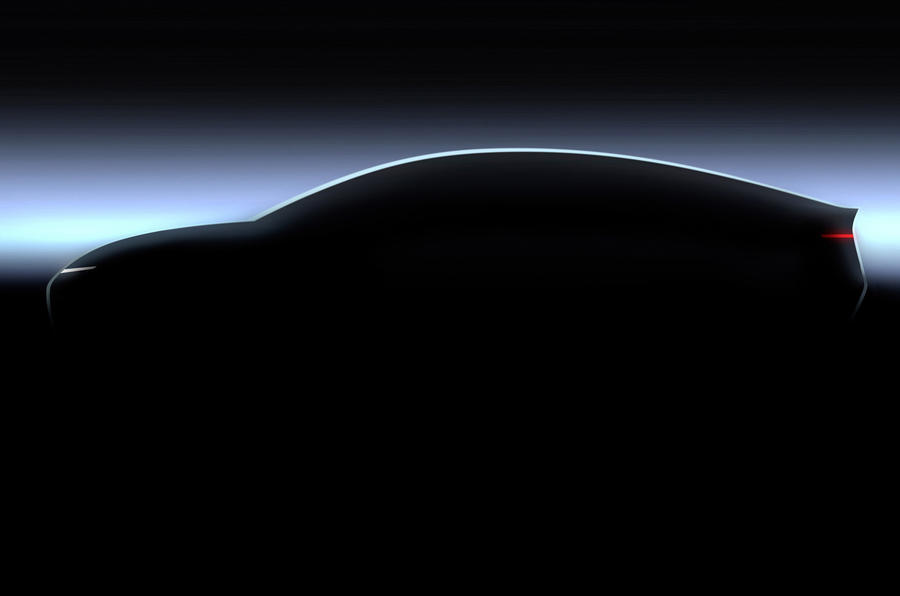 Project Trinity will launch in 2026, offering Level 2+ advanced driver assistance systems, and Volkswagen CEO Ralf Brandstätter said that would likely be upgraded to Level 4 – allowing for full autonomous driving on certain roads – by 2030.

Brandstätter described Project Trinity as “our software dream car”, saying it would introduce an entirely new business model for the firm, with a radically reduced number of variants. Buyers will be able to choose from only battery size, paint colour and wheel specification.

Owners will then be able to turn activate and deactivate certain hardware functions when required, with other features offered as over-the-air software downloads.

“We’re going to radically reduce the number of variants,” said Brandstätter. “With Trinity, the hardware is largely unified: you select battery capacity, colour and wheels and then order it on smartphone. The functions can be set as you go along: you can add features through your digital system.”

Brandstätter said that offering such functions as upgrades means that “Trinity is going to become a time machine”. The autonomous systems will benefit from the new 'neural network' that Volkswagen is aiming to develop from its connected cars all sharing real-time data on roads, traffic and other systems.

While no details of initial pricing have been set, Brandstätter said that Project Trinity is designed to “launch new technology in large volumes for the mainstream market”. He added: “With Trinity, Volkswagen is once again bringing the future to series-production cars.”

The production version of Project Trinity will be produced at Volkswagen’s Wolfsburg base, with the German firm saying that it will also “reinvent production as we know it today”. It says that the reduction in hardware variants will dramatically increase production times by reducing complexity and that it will introduce new production technology.

Fellow Volkswagen Group brand Audi is also developing an advanced new EV platform, dubbed Artemis, which will likely be used for future high-tech premium models from Audi, Bentley and Porsche. Brandstätter called the two projects were “complementary," suggesting that Project Trinity will be the key driver of software development within the group.

It will be a key part of Volkswagen’s new Accelerate strategy, under which the firm is aiming to develop new business models, particularly through connected services and upgrades.

Log in or register to post comments
Andrew1 5 March 2021
"advanced software"
That sounds bad in this context :)
Peter Cavellini 5 March 2021

I agree, they can't take the steering wheel out, even if you trust a machine, you've still hoping that just in case it doesn't react, you can grab the wheel and correct it,i be more worried if they gave car AI autonomy, then you would be literally a passenger.

Not sure which article the others are commenting on, but this thing is level 2. So you're going to have to drive it as and when. Even level 4 isn't complete or compulsory autonomy, so it will still have to have a steering. Wheel. Anyway, it's only vapourware for now, so don't panic!