BACK TO ALL NEWS
Currently reading: 2019 Porsche 911: images of new '992' model leak
UP NEXT
Buy them before we do: second-hand picks for 24 September

New 911 will debut at LA motor show in November, with turbo engines on every model, and a 600bhp-plus hybrid variant
Share
Open gallery
Close
Share story

Undisguised images of the new 2019 Porsche 911 have leaked ahead of the car’s official launch at the Los Angeles motor show next week.

The low-resolution images of the forthcoming eighth-generation 911 were published by Jalopnik, which says it was sent them by a user of a private internet forum where they first appeared.

Update: the eighth-generation Porsche 911 has been revealed in LA

Numerous test mules of the 992 generation machine have already been spotted, including some with virtually no camouflage. The leaked images showcase the more muscular look of the new machine, with a design inspired by the 997-era 911 Speedster. That model, in turn, was inspired by Speedster models of the 1950s and 1960s. Autocar has already had a ride in a prototype of the new 911. 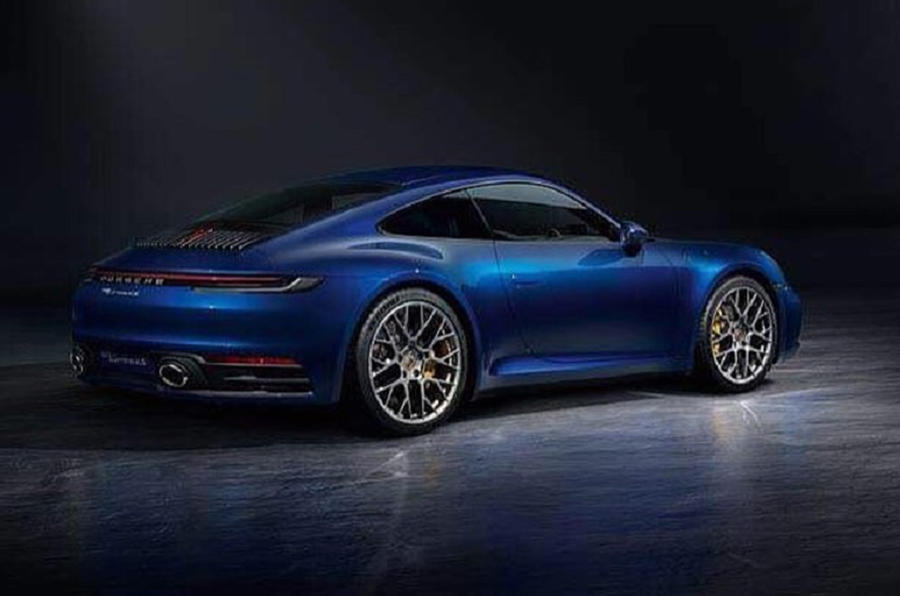 The new photos also clearly show the reworked rear end of the new car, which is similar to the Mission E concept, and thus the Taycan, due next year. The design employs the familiar subtle evolution Porsche has employed for decades, but extensive changes to the powertrain range will feature. 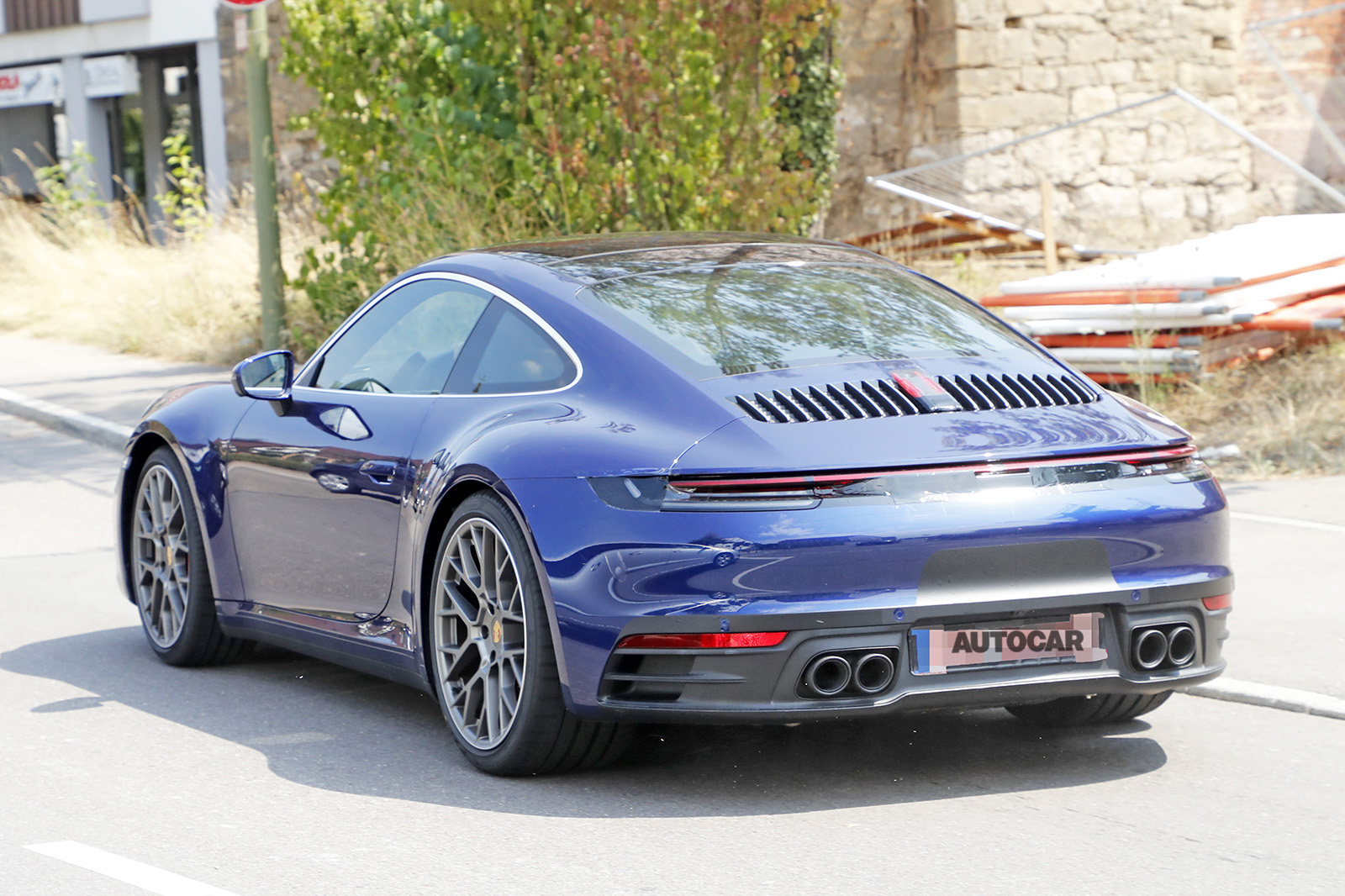 For the first time, every petrol engine in the 911 line-up will be turbocharged, marking the end of naturally aspirated units found in more hardcore variants of the current 991.2-generation model.

The new 911 line-up will also include two new four-wheel-drive plug-in hybrid models, including a range-topping version with more than 600bhp and a top speed of nearly 200mph.

Although the Jaguar F-Type rival will be launched with traditional combustion-engined Carrera and Carrera S models, the petrol-electric versions will be an integral part of the line-up. A senior Porsche official has told Autocar that Carrera 4 E-Hybrid and Turbo S E-Hybrid variants will be added to the model line-up in 2020.

The 911 model range will eventually grow to 24 variants. The technical layout of the new 911 models is currently shrouded in secrecy, although they are expected to receive a disc-shaped electric motor in two different power outputs housed within the gearbox.

Space up front will be used to house a lithium ion battery similar in capacity to the 14.1kWh unit used by the Cayenne E-Hybrid – a position that, Porsche sources suggest, provides almost perfect 50/50 weight distribution.

The Turbo S E-Hybrid is claimed to eclipse the 572bhp and 553lb ft of the current twin-turbocharged 3.8-litre six-cylinder 911 Turbo S. Insiders at Porsche’s Weissach-based R&D centre suggest it will offer more than 450kW (603bhp) of power.

The hybrid 911s will feature the firm’s traditional flat-six engine with an electric motor, which, Porsche officials have previously admitted, was a packaging challenge. The decision to add hybrids to the range was in part driven by the need to meet the tightening EU CO2 regulations. 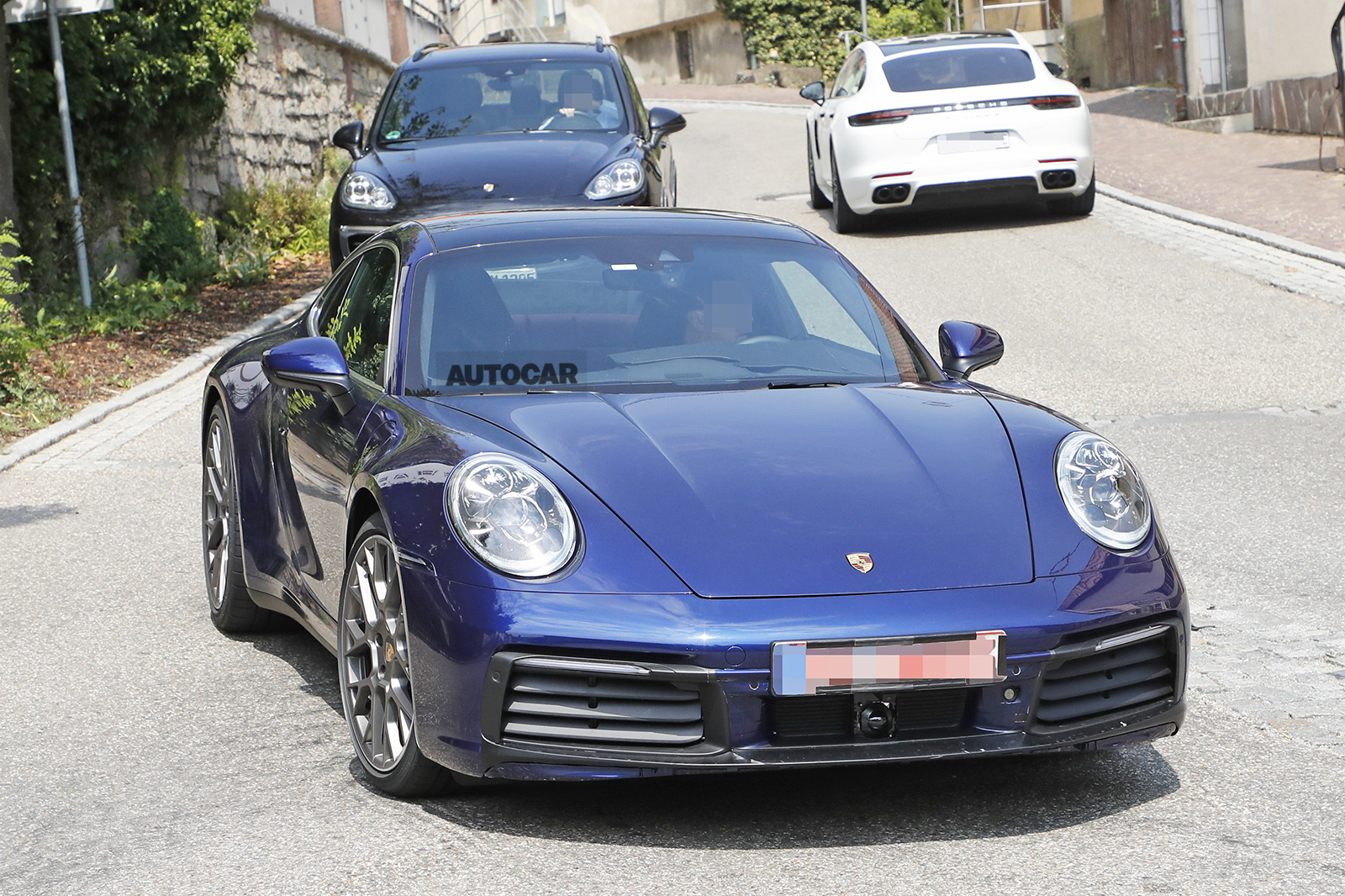 Despite the added weight of the lithium ion battery, the hybrid’s greater low-rev torque will allow for a sub-3.0sec 0-62mph time similar to the current Turbo S’s. That model is expected to be priced similarly to the £147,540 current Turbo S.

The Carrera 4 E-Hybrid will be pitched at a similar price to the Carrera S, which costs £87,335. Both will be offered in coupé and cabriolet bodystyles.

The initial range-topper of the new 911 line-up will be the Turbo S, which will feature a 620bhp twin-turbo 3.8-litre flat six. It will use engine hardware from the GT2 RS to raise the output by 50bhp from the current Turbo S’s.

Below that will sit a Turbo model tipped to produce about 570bhp, roughly 30bhp more than the current Turbo. Both the Turbo and Turbo S will feature wider rear arches and a fixed rear wing to signal their potent performance – and each will have a top speed in excess of 200mph and cover 0-62mph in less than 3.0sec.

The 911 GT3 will deliver more than 500bhp, while standard models will get 10-15bhp more than the current Carrera and Carrera S. The new 911 will be built around an evolved version of Porsche’s MMB structure, which will be wider than the current generation. 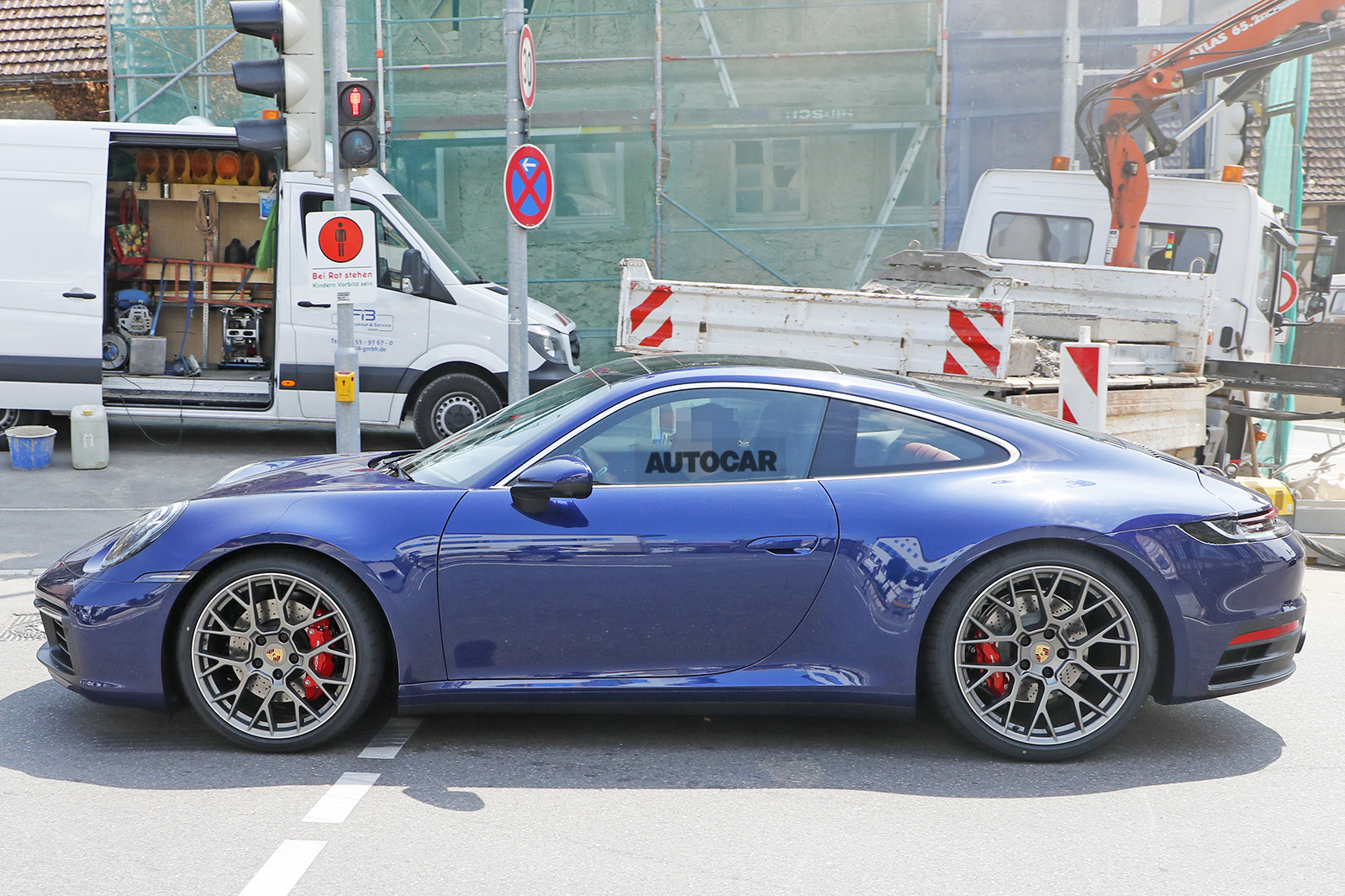 911 model director August Achleitner didn’t say exactly which autonomous features the car would have, but hinted that it would be more advanced than before, adding that the driver will always be the focus of the model. “A 911 will always have a steering wheel,” he said, adding that “the 911 will be one of the last cars to drive autonomously”.

Lane keep assist, the system that inputs small movements in the steering wheel to keep the car in the middle of the lane, is expected to make it into the new car - it’s currently not available on the 911. The driver will be able to switch off the assistance systems too, says Achleitner: “Those are convenient and useful things. But the customer has to make the choice to use them and, above all, be able to switch them off when they’re not desired.”

The car will not be a full-electric model, said Achleitner, although the approach of a full-EV 911 is ever closer: “Two years ago I’d have said no way. Today I wouldn’t categorically rule it out.”

The 992 911, which is the eighth generation of the sports car, will be built around an evolved MMB structure with a wider footprint than the current 991-gen range. The photographed test car above (spotted last year) wore wheel-arch extensions - evidence of a wider track that will give the 992 improved high-speed stability and better space for rear passengers. The car's length will remain unchanged.

Modular design will enable the structure's use for next-generation versions of the Boxster and Cayman, while it could also influence the design and engineering of future Audi R8 and Lamborghini Huracán models. The updated structure will make more extensive use of high-strength steel and aluminium in order to cut weight.

Visible on the photographed cars is a full-width retractable rear wing. This will come as part of several active aerodynamic parts tasked with enhancing stability with downforce when additional grip is required. An active front spoiler is also a possibility, although this hasn't been seen on test cars so far. The latest Cayenne and Panamera offer the biggest clues as to what the 992 911's dashboard design will be like. Spotted development cars have featured a central rev counter that's flanked by two digital screens, located in a cluster that curves around the centre console touchscreen.

Like its forebears, the 992 911 will also be produced in Targa form, although this isn't expected to arrive until later.

Sujective I know, but this

Sujective I know, but this has got to be the best looking 911 for sometime.  Very well proportioned and it should continue to be what is arguably the best sports car of all time.

…man, too wide. The essence of a sports car should be usability, not poseability. And there - especially on british roads - width is a critical factor. Which is why a 1970s 911, with someone at the wheel who knows what they're doing, will never be far behind one of the current bloated versions, despite the dramatically lower power. Yes, of course the modern cars in the hands of mortals are far less likely to disappear through a hedge backwards (although I have tried), but there is a huge satisfaction in being able to thread a slim, lithe car down twisty roads with a decent margin of safety. That's something the 991 generation lacks, even in comparison to my 997.2, itself a bit of a porker compared to earlier generations.

LOVE IT, WANT ONE PLEASE...

Looks very nice indeed and if my numbers come up (x) i’ll be ordering an E4s in GT silver :o). Only thing I’m not keen on is the full width rear light.