Back in 2007, Porsche showed how it could incorporate hybrid technology into the first-generation Cayenne.

More than a decade later, the Cayenne E-Hybrid is being launched with a brief of stealing sales from Audi’s Q7 e-tron and Range Rover P400e.

Power comes from a 3.0-litre V6 petrol engine mated to an electric motor, giving a combined 456bhp and 516lb ft of torque. Other figures are equally impressive; you can travel up to 27 miles on electric power alone, hit a top speed of 84mph without ever engaging the petrol engine and cover the 0-60mph sprint in 4.7sec.

But the really impressive number is 88mpg; that’s what the official tests say you should see on the fuel economy readout. 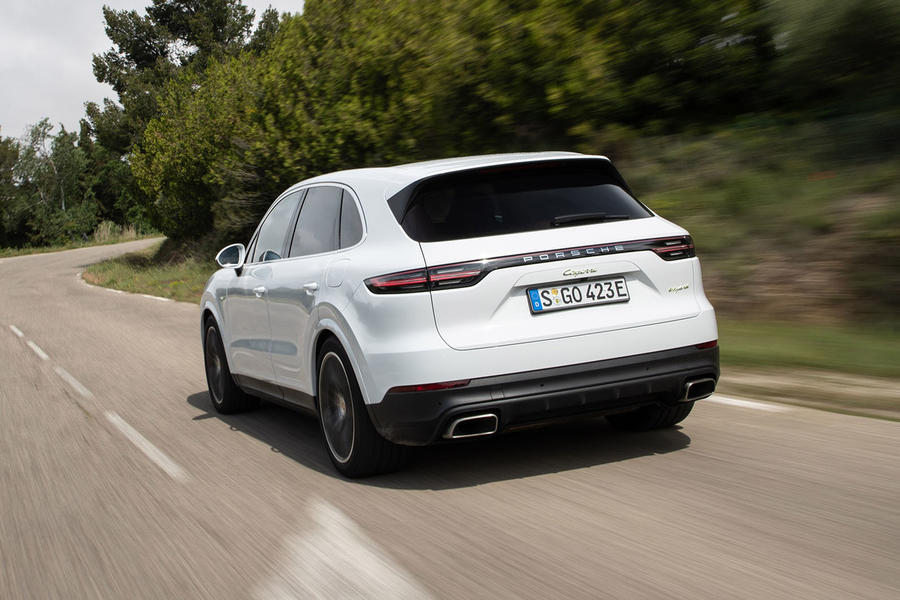 The Cayenne defaults to its electric-only driving mode on start-up, so there’s no engine noise as you pull away. Sadly, this only heightens the road noise, of which there is a lot at any speed.

Anything other than a soft prod of the throttle will invite the petrol engine to join the party, but its extra shove is welcome when it comes to overtaking and the noise is sufficiently raucous at high revs.

You can choose from the usual Sport and Sport+ driving modes via a dial on the steering wheel, plus an electric-only mode and ‘hybrid auto’, which lets the car decide what’s best. There’s also a boost function that gives you the full power of the electric motor and engine for 20 seconds.

What’s particularly impressive is that, despite its extra weight, this Cayenne feels agile through the corners, helped by quick, well weighted-steering. Our test car came on air suspension, which dealt with small imperfections in the road well. On either of the two harder settings, you’ll feel more vibrations coming into the cabin.

The interior is much the same as the regular Cayenne. That is to say, it’s very nice, indeed, with swathes of leather and Alcantara covering most surfaces. The bespoke bits for this E-Hybrid model are mainly confined to the driver’s information screens, which can show your remaining electric range and the battery’s state of charge.

On a varied route and through sampling the various driving modes on offer, our test car returned a mere 34mpg. But with CO2 emissions of between 72 and 78g/km depending on which tyre size you choose, this should still be the cheapest Cayenne in the current range to tax and fuel - and with the right wheel choice, it will even qualify for the under 75g/km emissions exemption from the London congestion charge. 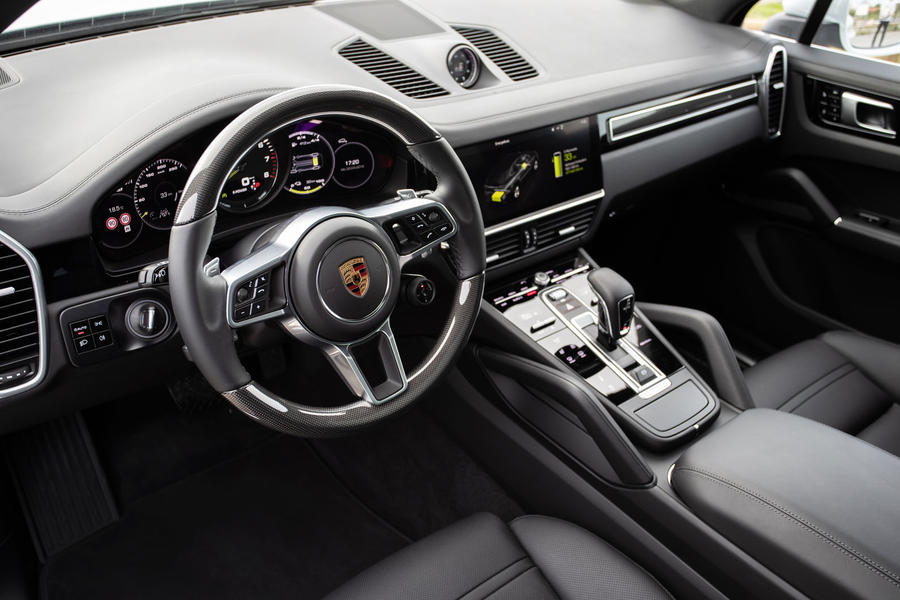 With prices starting just north of £67,000, this Cayenne is slightly more expensive than Audi’s rival Q7 e-tron but significantly cheaper than the Range Rover P400e.

It’s a compelling car, though, and the idea of potentially being able to travel into tariff-controlled cities such as London and out again without having to pay a congestion charge (depending on which tyre size you choose), yet still having all the benefits of a performance SUV, will appeal to many. 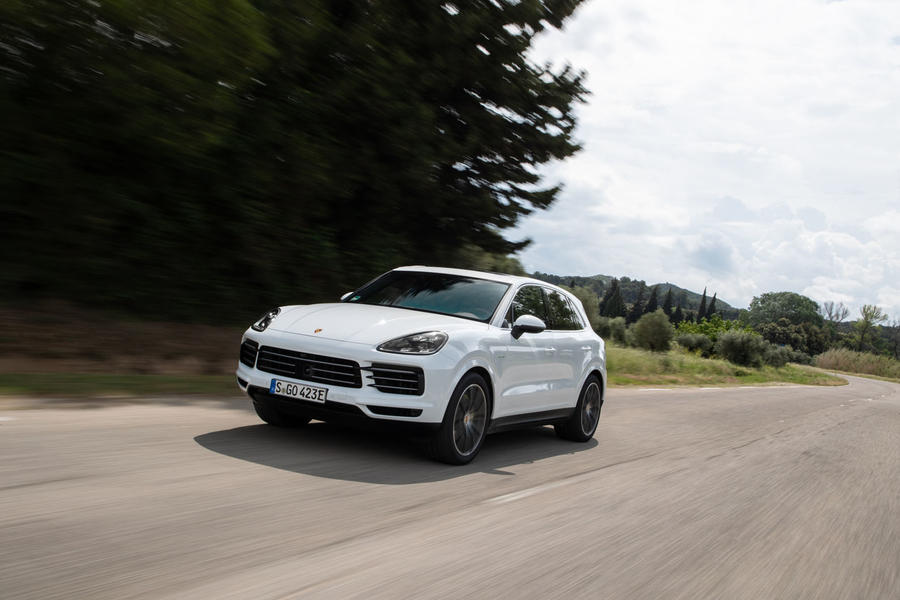 If the fuel economy is

15 May 2018
If the fuel economy is completely bollocks, surely the CO2 is as well?

And its a diesel model inevitable? I thought Porsche had openly said no more diesels?

If the fuel economy is completely bollocks, surely the CO2 is as well? And its a diesel model inevitable? I thought Porsche had openly said no more diesels?

And is a diesel model inevitable? I thought Porsche had openly said no more diesels?

I definitely remember an article on this site that said so, after Macan and Panamera diesel sales were stopped.

And once again, in a PHEV test, you fail to mention electric range, while talking about your MPG average...

Again with this it’ll do 27 miles!, what use is that?, and you would be shelling out £67K just to save the Co2 Tax going into London would you?, no, if Car makers are going to do an EV it should be Electric powered only, no fossil assistance at all.....

As a private buyer

If you can afford 67k and want a car that big then you probably aren't to concerned about  34mpg (in article) or 27mpg, the environmental gain is ofset by what's used in the battery creation anyway.

If you worried about running costs might I suggest waiting for the cheaper and faster accerating I-Pace and, as most people who buy £60k cars, use your other car to do journeys over 200 miles

At the weigh in

Holy cow no wonder they didn't disclose the weight to you Mr Autocar, it's 2300kg and people make a fuss about EV's being heavy!

So flawed on so many fronts - and thats just the review

So the really impressive bit is the 88mpg is it? And then you say your test car returned 34mpg. Hmmm.

The only way you are going to drive this Cayenne to it's headline performance figures is by employing the sustained use of fossil fuels (and I'm not referring to the ones being torched at the power station).

The whole concept of Hybrids and their exemption from inner city tolls is a farce too. If you're bringing a car like this into a polar bear friendly city and its batteries are flat, you'll be thrashing it's whacking great petrol V6 and emitting just as much as everybody else, except most of the others will have paid for the privilege.

Ban all fossil powered Vehicles from City centres, make all service Vehicles like Buses, Taxis , delivery Vehicles of all types EV only, that sounds a bit draconian I know, but, is it really impossible to start this idea now?, other Cities have Park n Ride, why not ours.....?

You would have thought with all the fuss about petrol and diesels not getting the right mpg there would be more fuss about things like this. People were up in arms about diesel and petrols doing about 20% less than stated when things like this do at least 50% less at best.