BACK TO ALL NEWS
Currently reading: 2018 Volvo S60 to face 3 Series with keener handling and plug-in variants
UP NEXT
2025 Mercedes-AMG EV sports saloon to rival Porsche Taycan

Newly revealed S60 will be offered in the UK next year with a choice of four petrol engines, two of which will be electrified
Open gallery
Close

The new Volvo S60, a sports saloon designed to rival the BMW 3 Series and Audi A4, has been unveiled in Charleston, South Carolina – and company bosses have promised the machine will be a “true driver’s car".

The new machine was unveiled in the new US factory that will be its sole global production site. It is built on Volvo’s Scalable Product Architecture (SPA), and shares much of its technology with the recently launched V60 estate.

Volvo opens first US factory ahead of S60 reveal 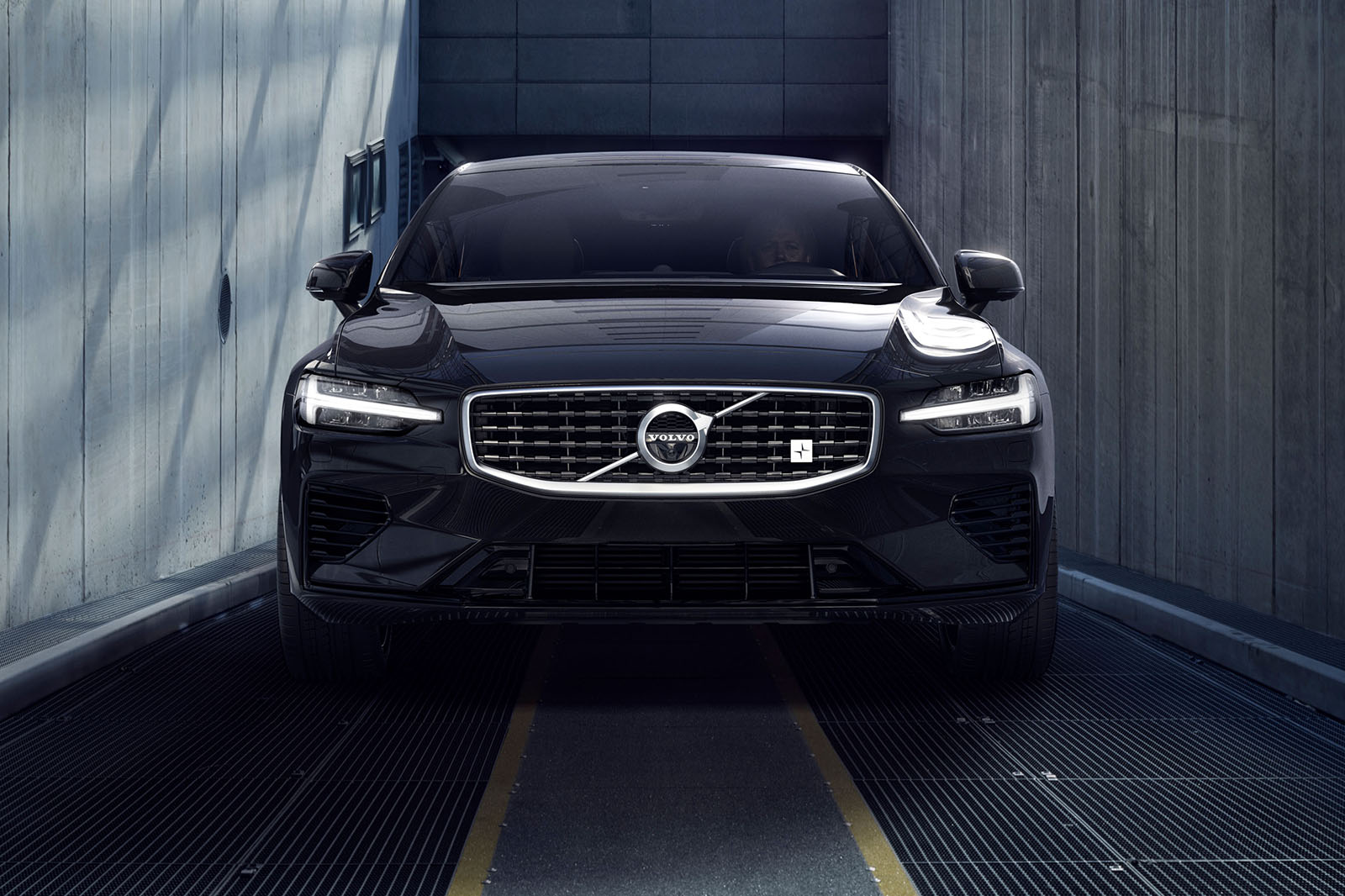 Due to go on sale early next year, the S60 will be offered in the UK with a choice of four petrol engines including two plug-in hybrids, part of Volvo’s pledge to offer electrified versions of all new models from 2019 onwards. No diesel engines will be offered.

The plug-in hybrid engines include Volvo’s supercharged 2.0-litre T8 Twin Engine, which produces a combined 385bhp, with the 299bhp petrol engine driving the front wheels and the 65kW electric unit powering the rear axle. That model offers 472lb ft and can achieve 0-62mph in 4.9secs on its way to a top speed of 155mph. 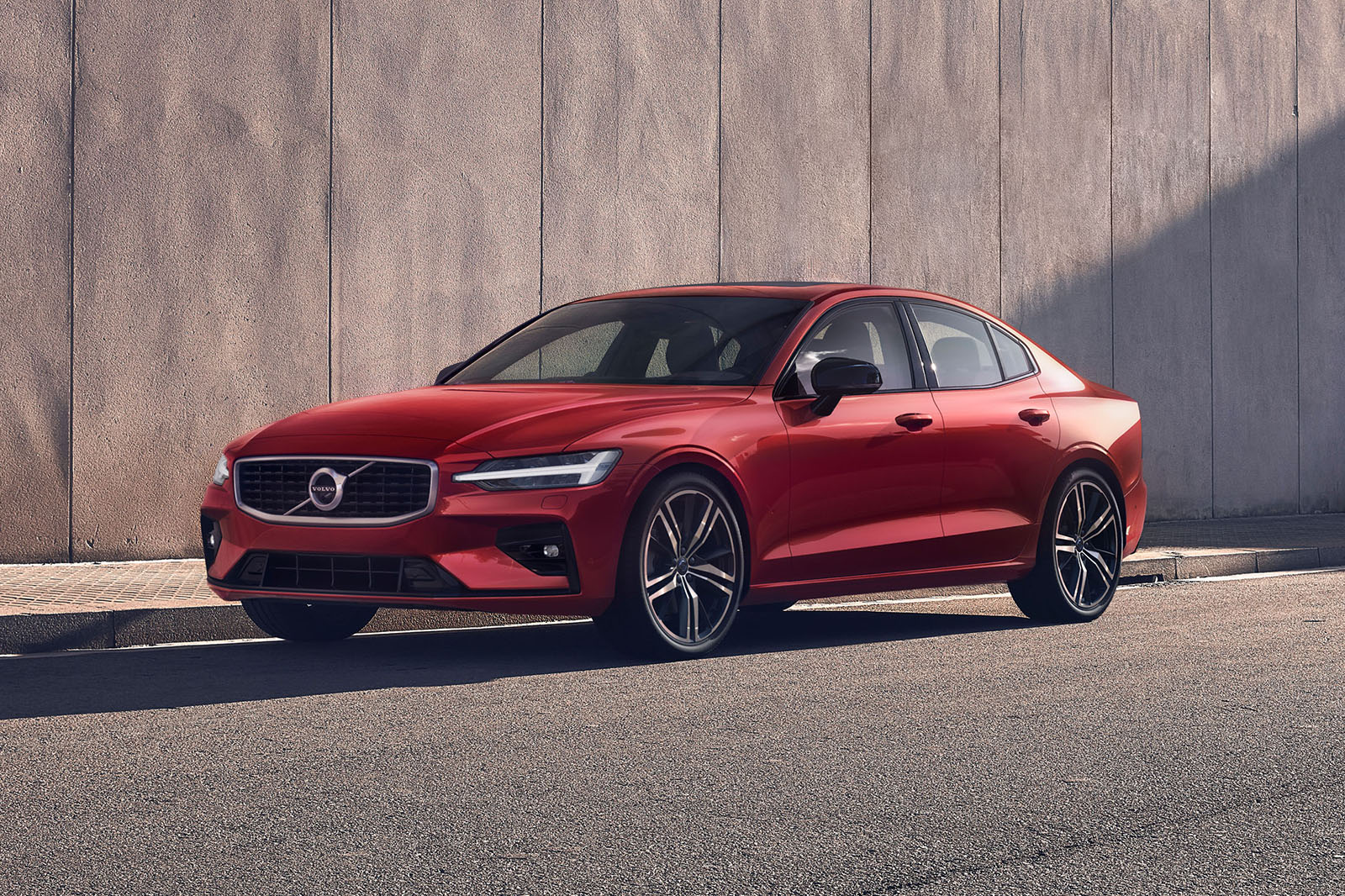 The Polestar Engineered S60 produces 494lb ft, and is 0.2secs faster to 62mph than the regular version. The maximum speed is unchanged.

The entry level S60 engine is the 246bhp four-cylinder 2.0-litre turbocharged T5, offered with front-wheel drive, a 0-62mph time of 6.5secs and a claimed WLTP fuel economy ranging from 7.2-8.1l/km.

The other option for UK buyers is the T6 supercharged all-wheel-drive unit with 306bhp. 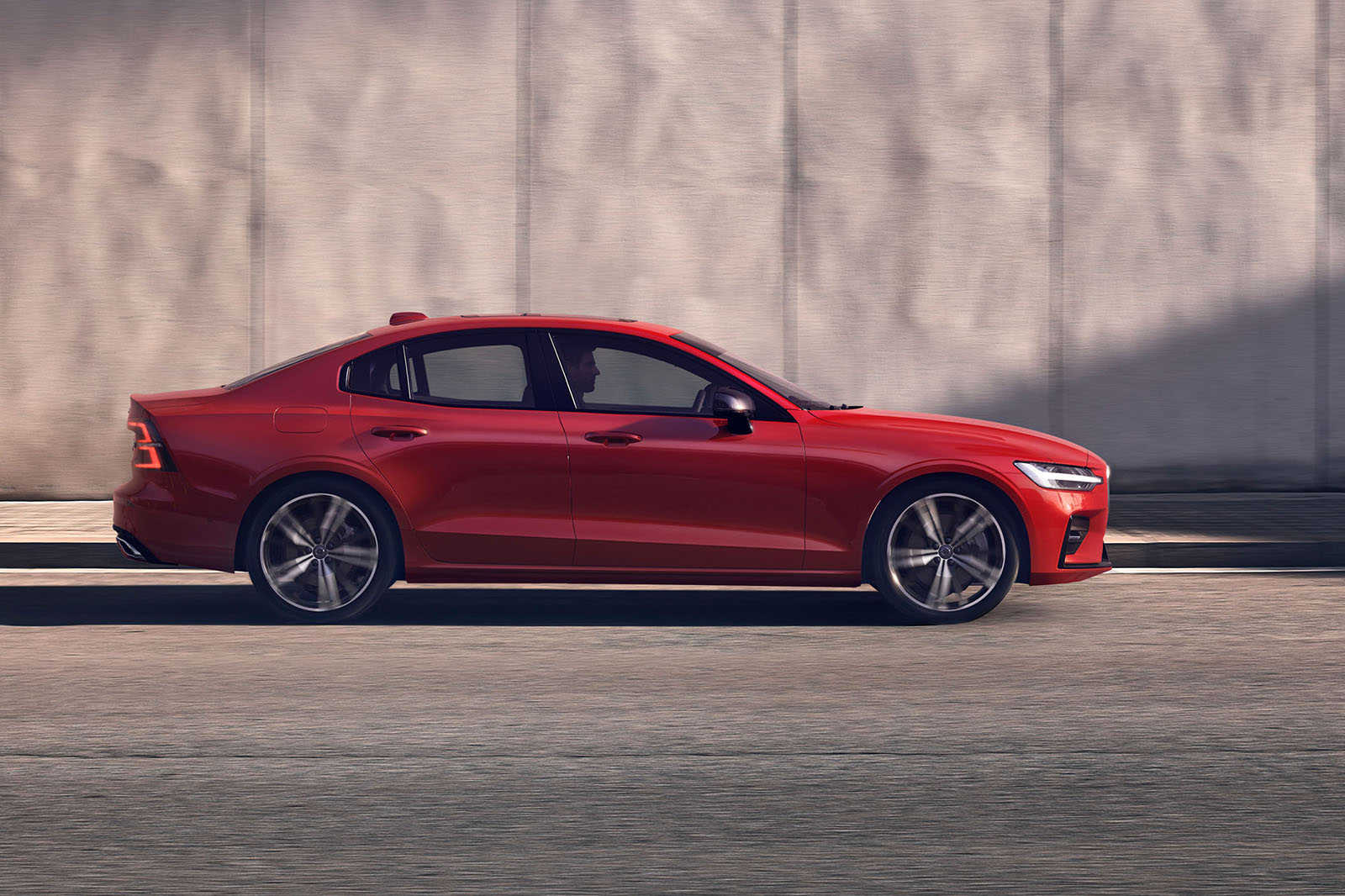 That unit will also be offered with a plug-in hybrid option. Every engine option is driven through an eight-speed automatic gearbox. 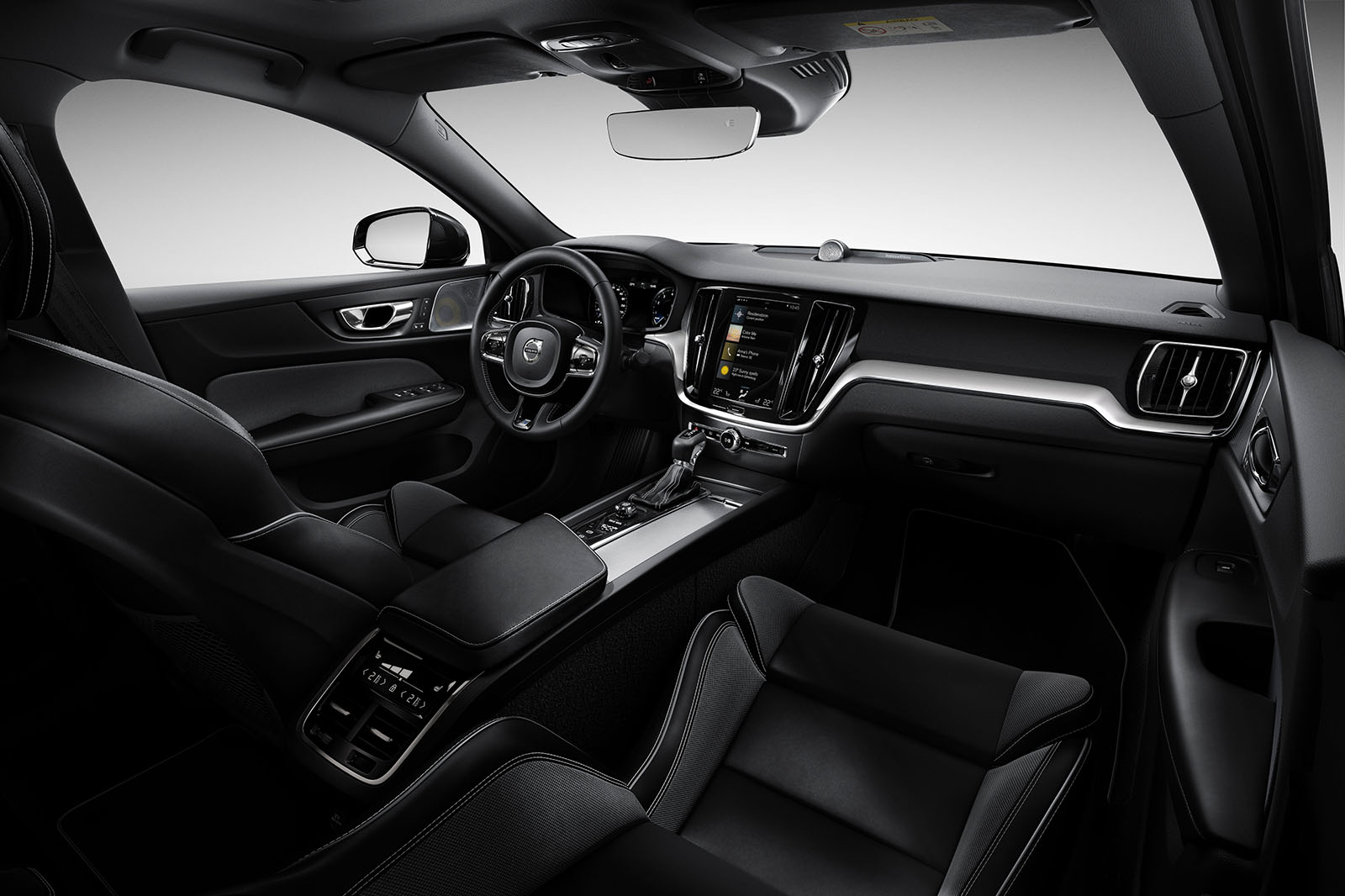 As well as the SPA platform and exterior styling, the S60 shares the V60’s safety and Sensus Connect infotainment systems. These include optional Pilot Assist system, and City Safety autonomous braking capability.

UK pricing has yet to be confirmed, although sources suggest it is likely to be similar to the V60 estate, which starts from £31,810, putting it roughly on par with the equivalent A4 and Mercedes-Benz C-Class models.

The S60 will be available through Volvo’s new Care by Volvo subscription service, allowing people paying a set monthly fee for access to cars without owning one. 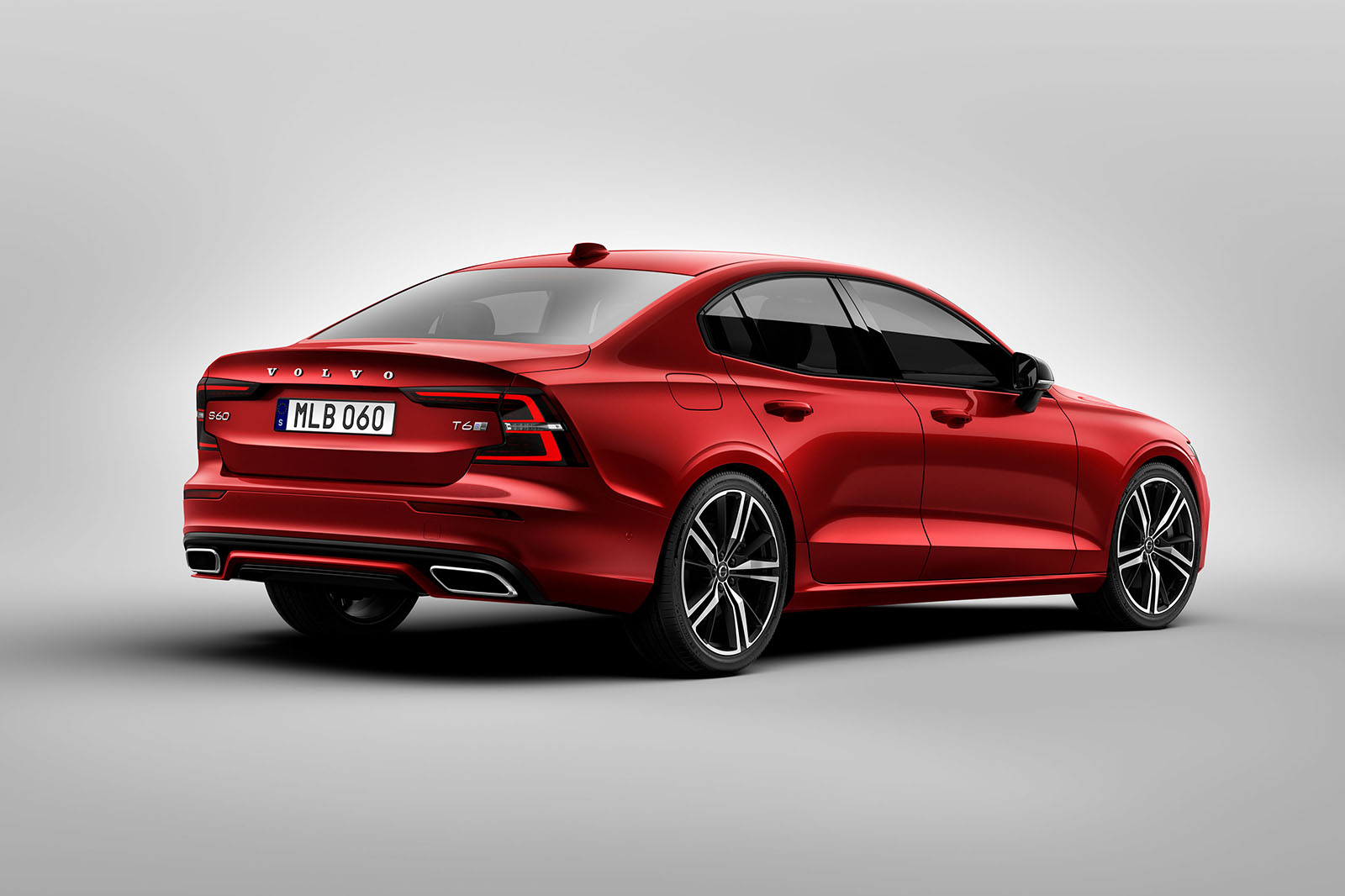 The S60 will be built at Volvo’s new Charleston factory, which was officially inaugurated today. The £772-million-pound facility, which has been under construction since 2015, will employ around 1500 people initially. That will expand to 4000 when it reached full capacity of 150,000 cars annually.

Call me a luddite, but no manual gearbox or diesel options.

Never thought I’d say this about a Volvo , but this is quite nice on the Eye, being cynical though you could say Volvo has sold out to its ideals of practical and safety by having the styling cues of its main rival the three series!.....

Very convincing Scandinavian cool. But prefer the more formal styling of the S90.

The 60 is supposed to sell to a younger market than the 90, which explains the addition of extraneous details here and there. I think this is a mistake. Those who look for design integrity and can nolonger founf it in Audi will want to try Volvo, but only a purely designed one.