The quickest Renault Mégane RS yet has been leaked onto the internet again ahead of its official reveal - but this time it's pictures of the engine and interior.

Posted onto Ferdfanpage's Facebook page, they show the car's new engine - believed to be a turbocharged 1.8-litre four-cylinder petrol unit with close to 300bhp - as well as its sports seats and touchscreen infotainment.

The images follow an earlier leak of the car completely undisguised and official patent images, which all show the same design. 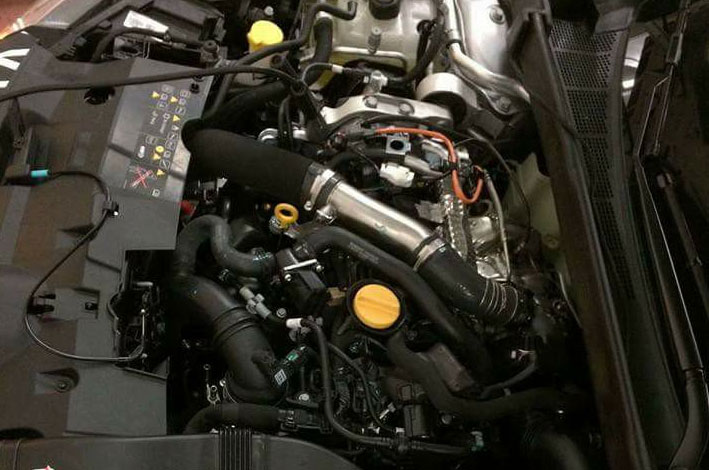 The images show that the upcoming hot hatch will only look slightly more aggressive than the regular Mégane range, which comes as no surprise, following comments made to Autocar by brand design boss Stéphane Janin earlier this year.

"Our brand is not about aggressivity," he said. "We try to have a powerful product but rather simple with sensual shapes. That's what we tried to make with the next RS, which is actually harder than going aggressive, I think. To find the right balance is harder but I think we have done it." 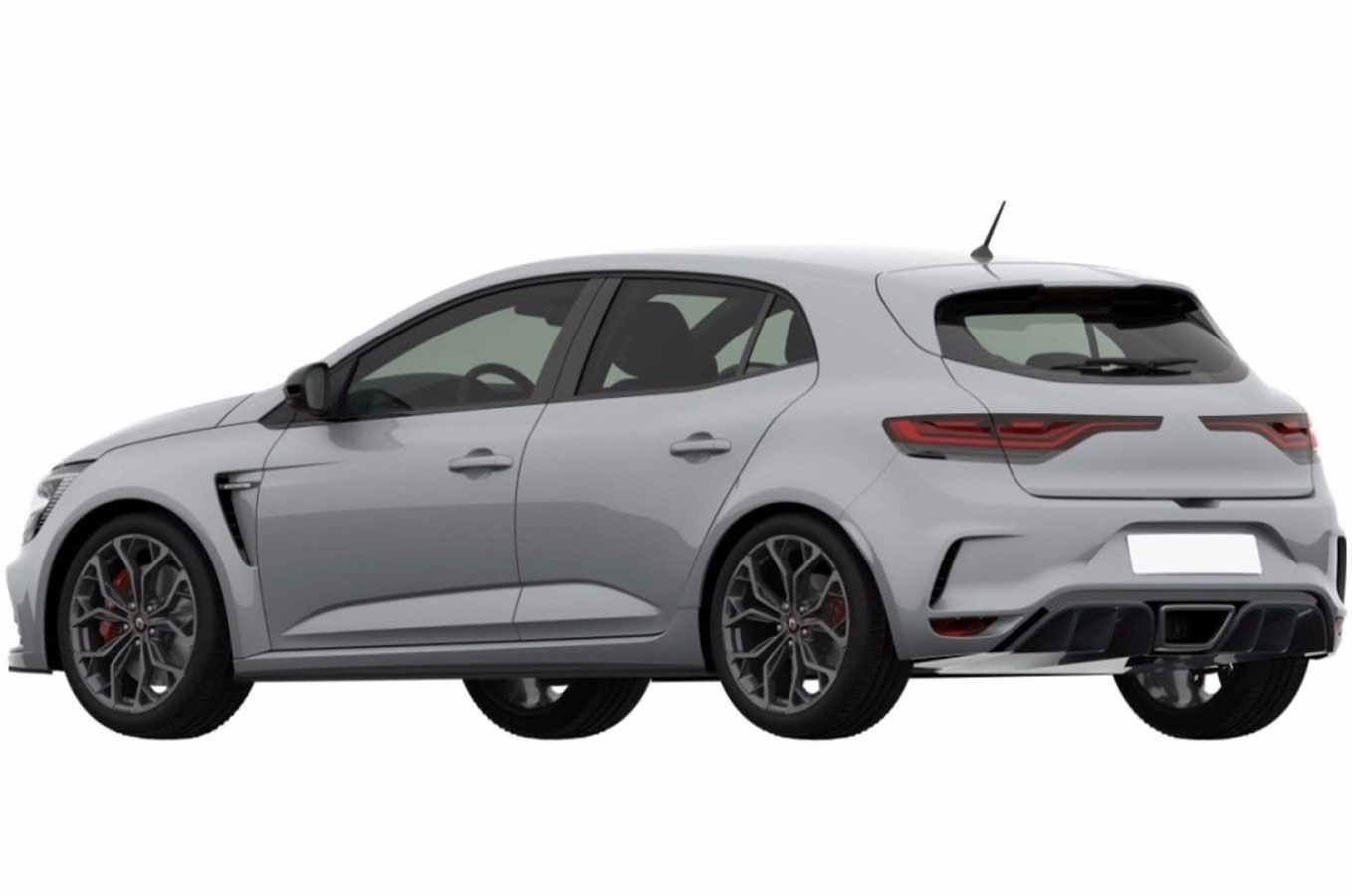 Four-wheel steering will be fitted as standard, boosting agility and stability. The so-called 4Control system will be controlled by an electromagnetic actuator mounted on the rear axle.

Renault will also offer a six-speed EDC double clutch transmission or manual gearbox. While European markets are expected to prefer the manual, markets in Asia will likely have more demand for EDCs.

The car will be the most potent Mégane produced yet, using an engine shared with the upcoming Alpine A110.

The hottest version of the outgoing Mégane RS, the 275 Cup S, reaches 62mph from rest in 5.8sec. Expect the regular version of the next hot Mégane to run close to that time, ranking it close to the Honda Civic Type R, which takes 5.7sec, and not far behind the four-wheel-drive Audi S3, which needs 5.2sec. Following harder versions of the Mégane could eventually close that gap. 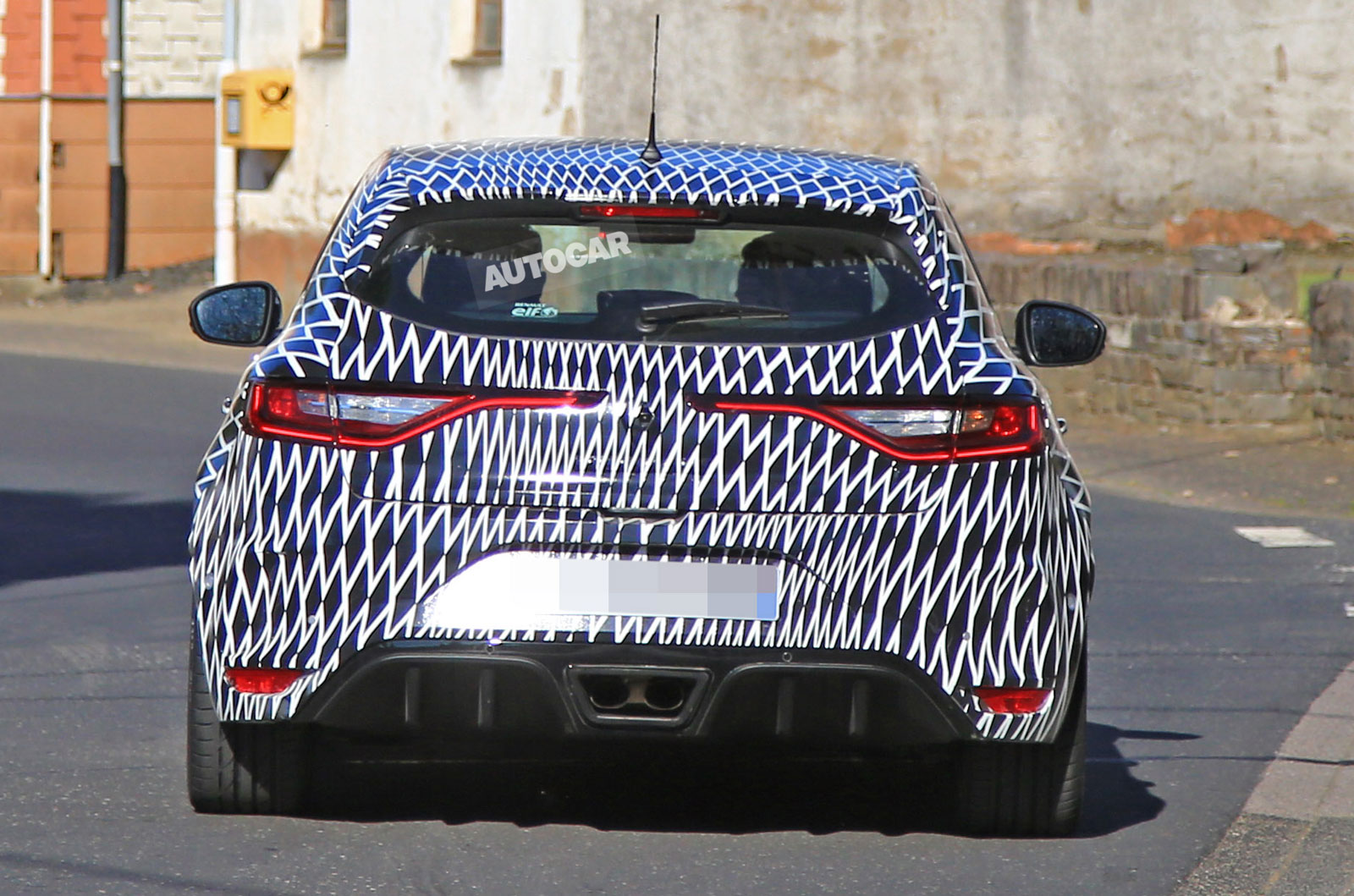 Due to the lower and longer five-door-only platform of the new Mégane, which sits 25mm lower and is 28mm longer than the old car, plus the use of wider tracks, the next Mégane RS is expected to have significantly more mechanical grip. It's therefore predicted to be a top contender to steal the Nürburgring front-wheel-drive lap record from the current champion, the new Honda Civic Type R.

Renault has remained tight-lipped about its next hot Mégane, but the brand has at least hinted that the car will arrive on roads some time in 2018. It's expected to make its public debut at the Frankfurt motor show in September.

As with the facelifted Clio, expect a small increase in price over that of the current Mégane RS. An entry-level price of around £27,000 is likely. This significantly undercuts the Civic Type R, which starts at £30,000, and ranks the Mégane RS well above the less hardcore Ford Focus ST, which costs from £22,750.

Not a good look.