BACK TO ALL NEWS
Currently reading: 2018 Bentley Continental GT seen almost undisguised
UP NEXT
Spending 48 hours touring in a Ferrari Roma

The second-generation Bentley Continental GT is nearly upon us, so engineers are out testing the model in production-ready form.

As shown by new pictures, the car has been out in public almost completely undisguised. Slim covers do little to hide twin-section headlights and oval-shaped tail-lights, all of which are clearly inspired by the  EXP 10 Speed 6 concept first seen at the 2015 Geneva motor show.

Have a look at the fully revealed Continental here

The upcoming GT's new look comes alongside hefty upgrades underneath. One of the most interesting is an anti-roll system called Dynamic Ride that can offset body roll to enable flat cornering. It uses electric motors to push the anti-roll bars onto the wheels, pushing the outside wheel down and inside one up. This counteracts the body's roll to improve agility, as Autocar noted during a pre-production drive in July.

Bentley has been pushing the car's anti-roll system to the limit on track at the Nürburgring, as shown by new footage of the car being driven at pace below.

Earlier sightings of the Continental revealed its interior and suggested it has borrowed much of its switchgear from the Bentayga, including the gearlever and steering wheel.

The infotainment system is likely to have the 8.0in screen in Bentley’s SUV - although, unlike the outgoing Continental, it will be positioned higher up the dashboard, with the air vents and Breitling clock placed lower down.

The Continental GT will use Bentley's latest W12 engine, which is shared with the Bentley Bentayga SUV, to produce around 600bhp. 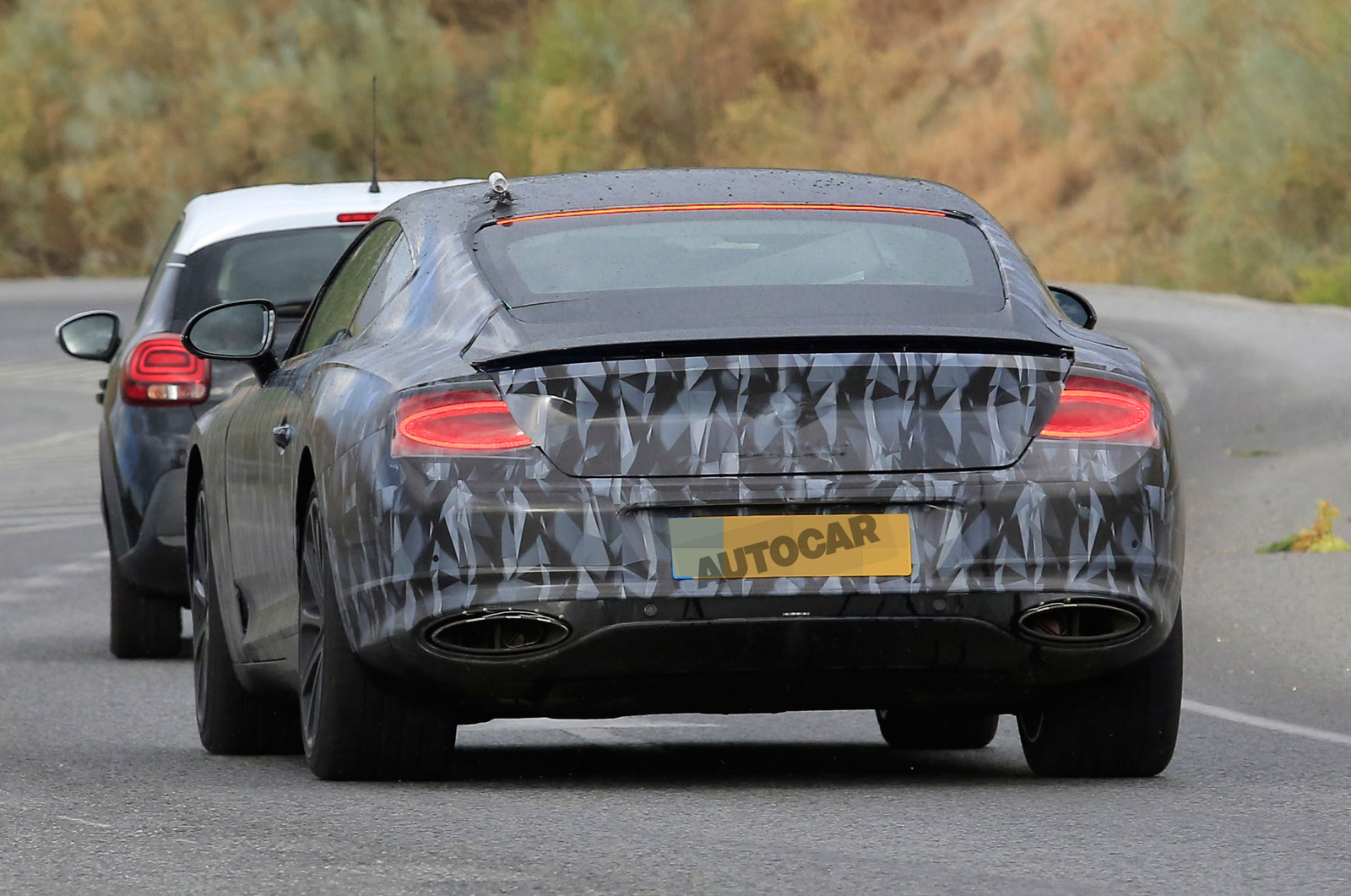 Along with its convertible sibling, the GTC, the GT is based on a new platform called MSB, which has been co-developed with Porsche.

The Continental range will be significantly lighter than the outgoing model, Bentley boss Wolfgang Dürheimer has said.

Like the Bentayga, the Continental’s bodyshell will be a hybrid-materials structure, with assorted high-strength steels reinforcing a body made mainly from aluminium. The current car is steel-bodied.

The change is part of a weight reduction effort that should drop the car substantially below the 2375kg of today’s GT. However, it will not fall below two tonnes, Dürheimer said.

Below the range-topping 6.0-litre W12, which produces 18bhp more than the outgoing W12, an updated version of the current car's 4.0-litre petrol V8 will be offered. The V8's power output is likely to be beyond the 521bhp of the current S model. 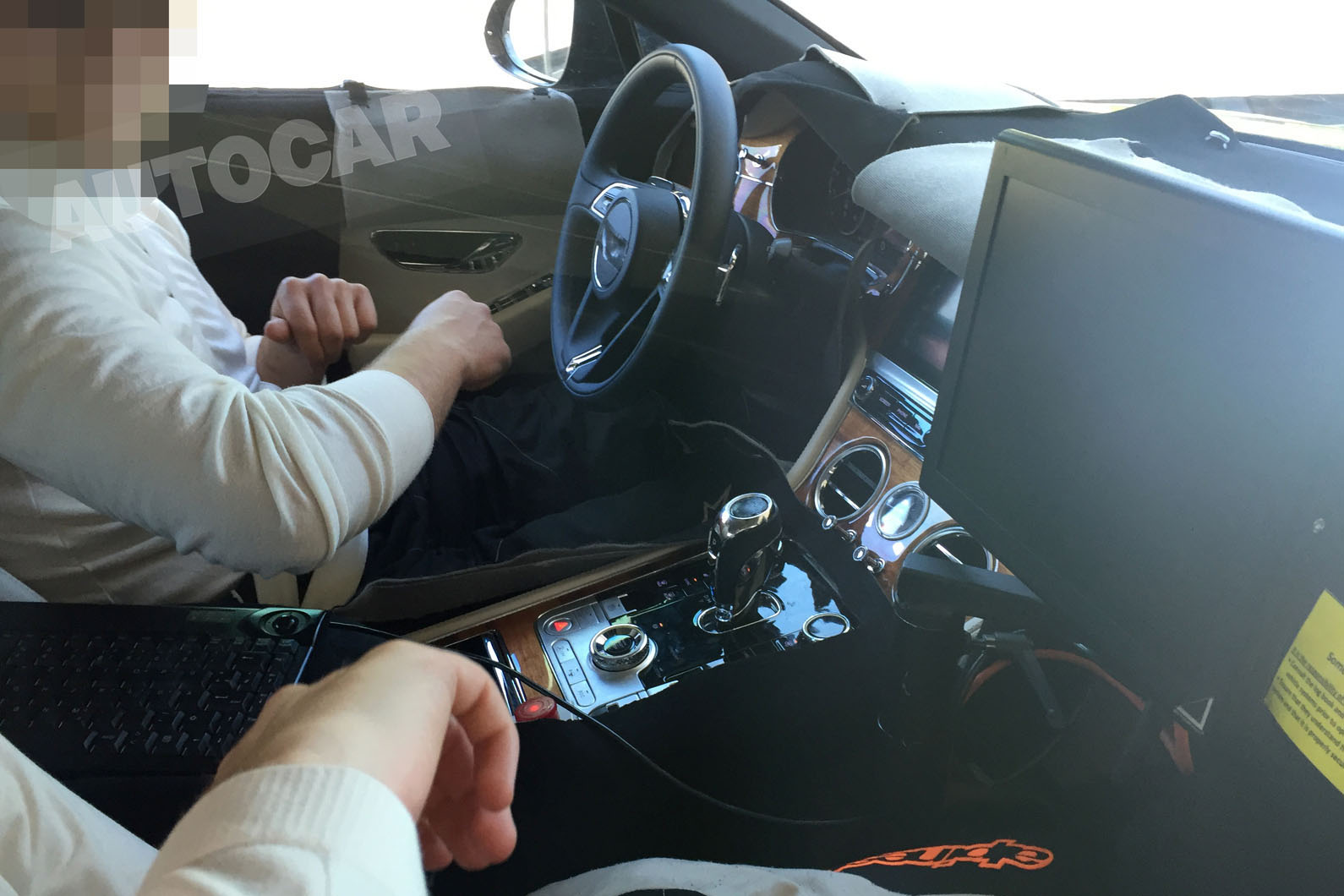 There will also be a petrol V6 plug-in hybrid (PHEV), which will use a set-up that develops 410bhp in today’s Porsche Cayenne PHEV.

It is unlikely that Bentley will offer a diesel V8 option in the Continental, even though the unit is already used in the Bentayga.

Speaking at the Bentayga's launch last year, Dürheimer said his “personal goal is a sustainable, stand-alone business with an annual production volume of 20,000 units”. He envisages seven model lines, although the production version of the EXP 10 Speed 6 sports car that would be among the growing line-up has yet to be signed off. Bentley could also add its first electric car to the list - as previewed by the EXP 12 Speed 6e.

Talking about the advantages of Bentley being part of the new Sports and Luxury Group at Volkswagen, Dürheimer said the VW Group test drives that take place in Namibia will now be split among the new groups and involve fewer cars. More can be achieved this way, he said.

Another gain will be sharing research and development skills, as well as a supplier base suitable for high-performance and luxury models from Porsche, Bentley and Bugatti. Dürheimer added that Lamborghini’s absence from this group “makes no sense”.

It's not the finished job yet, but from what I see, at least on the front thsi car looks impossibly ugly. This is the real deal breaker, not the fact it's using a Porsche-developed platform. Also because Porsche engineers are quite a lot better than average Bentley man to develop and set up a chassis. Quite a lot. IN any case, it's not a Bentley by the same measure a Huracan is not a Lamborghini. It doesn't mean they are worse, tho...

Just listen to them scretch!   And it didn't look that fast either.