BACK TO ALL NEWS
Currently reading: 2017 Vauxhall Crossland X - Renault Captur rival makes public debut
UP NEXT
Exclusive: Jaguar to return in 2025 with trio of electric sports SUVs

The Vauxhall Crossland X baby SUV made its public debut in Berlin two weeks after the new soft-roader was first revealed.

A video clip of the car's debut can be seen below. It shows the car's dimensions are similar to those of the Mokka X, alongside which it sits Vauxhall's range. The front-wheel-drive Crossland X is targeted at families, while the existing Mokka X, which is available with four-wheel drive, is intended for those with more active lifestyles.

The new rival for the Peugeot 2008 and Renault Captur will go on sale in June. It is expected to undercut the price of the Mokka X, which starts at £17,590.

Both models will be joined in the autumn by a third SUV, the Grandland X.

The Crossland X shares mechanical parts with the Peugeot 2008, so the two are expected to share the latter’s range of turbocharged petrol and diesel engines, which are between 1.2 and 2.0-litres in capacity and produce up to 178bhp. Both manual and automatic gearboxes will be available. 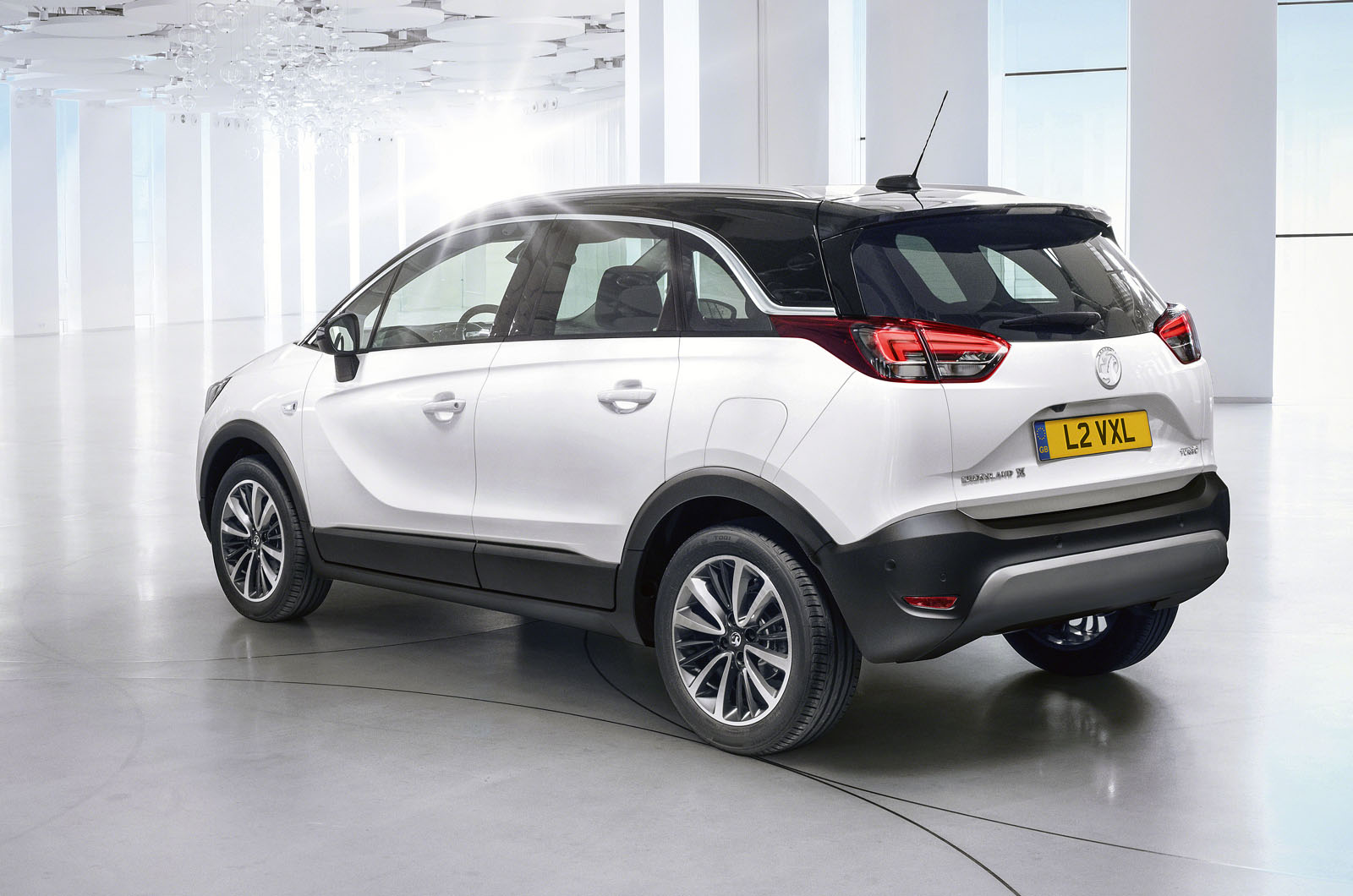 Despite being slightly smaller than the Mokka X, the Crossland X is said to have a more spacious interior and better functionality, including a rear bench that splits 60/40 and slides back 150mm. In this position, boot volume matches that of the 2008, at 410 litres, but with the seat moved forwards, boot volume increases to 520 litres.

Vauxhall’s Onstar onboard assistance and wi-fi hotspot system is standard, and the infotainment set-up is compatible with Apple CarPlay and Android Auto.

New and improved Vauxhall Astra Sports Tourer gets a boot extension and a new BiTurbo diesel engine, but it's no match for the Skoda Octavia Estate

Customers can opt for a contrasting roof colour, and a panoramic glass roof is also available.

I cant remember the last time Vauxhall/Opel made a decent car. Ok the Astra is not bad but if it were the 90s it would be a guaranteed class leader. Stop the cost cutting it doesnt work. The Adam I suppose is not a bad car but the Mokka? Wow its so so so bad.The build quality is so poor the plastics remind me of a 90s Suzuki. The current Insignia? A warranty nightmare! The latest Corsa lets hope wont go on fire? Come on GM give us something decent. I was a fan of your brand.People are not stupid.The New Insignia is suppossed to change everything. Watch this space.
Jasper48 3 February 2017

It looks like a pram. This stupid roof line seems to be appearing on all the latest Vauxhalls. It is ghastly
1stdarkhorse 3 February 2017

I think it was supposed to be all surprise and delight.

But it turned out a bit shiny and bright.
The pram look will appeal to your Norland Nanny....

Out of interest, does anyone know what it is supposed to be? It replaces an MPV, but is it an SUV or a Crossover? What niche does it fill? It sort of feels like vehicle in search of a purpose.

Or is the confusion created by a poorly crafted press release?