The Skoda Kodiaq Scout, an off-road-styled version of Skoda's new seven-seat SUV, is priced from £32,330.

On sale now, the large SUV variant follows suite of the Octavia Scout and gets more underbody protection. As well as making the car less prone to damage when off-roading, this is also the most notable visual difference to the regular Kodiaq, with it protruding from underneath the front and rear bumpers. It's silver in colour and visually divided into three sections.

The Scout also gets model-specific styling accents including silver trim around the front grille, side windows and wing mirror housings, plus silver roof rails.

Other additions include model-specific 19in alloys, a tinted rear window and side windows, and Scout badges on the car’s front wing.

Four-wheel drive and a DSG automatic gearbox are standard, as is Off-Road Assist, which adjusts the throttle response, dampers and diff lock for better traction. Hill-Hold and Hill-Descent controls are also standard. 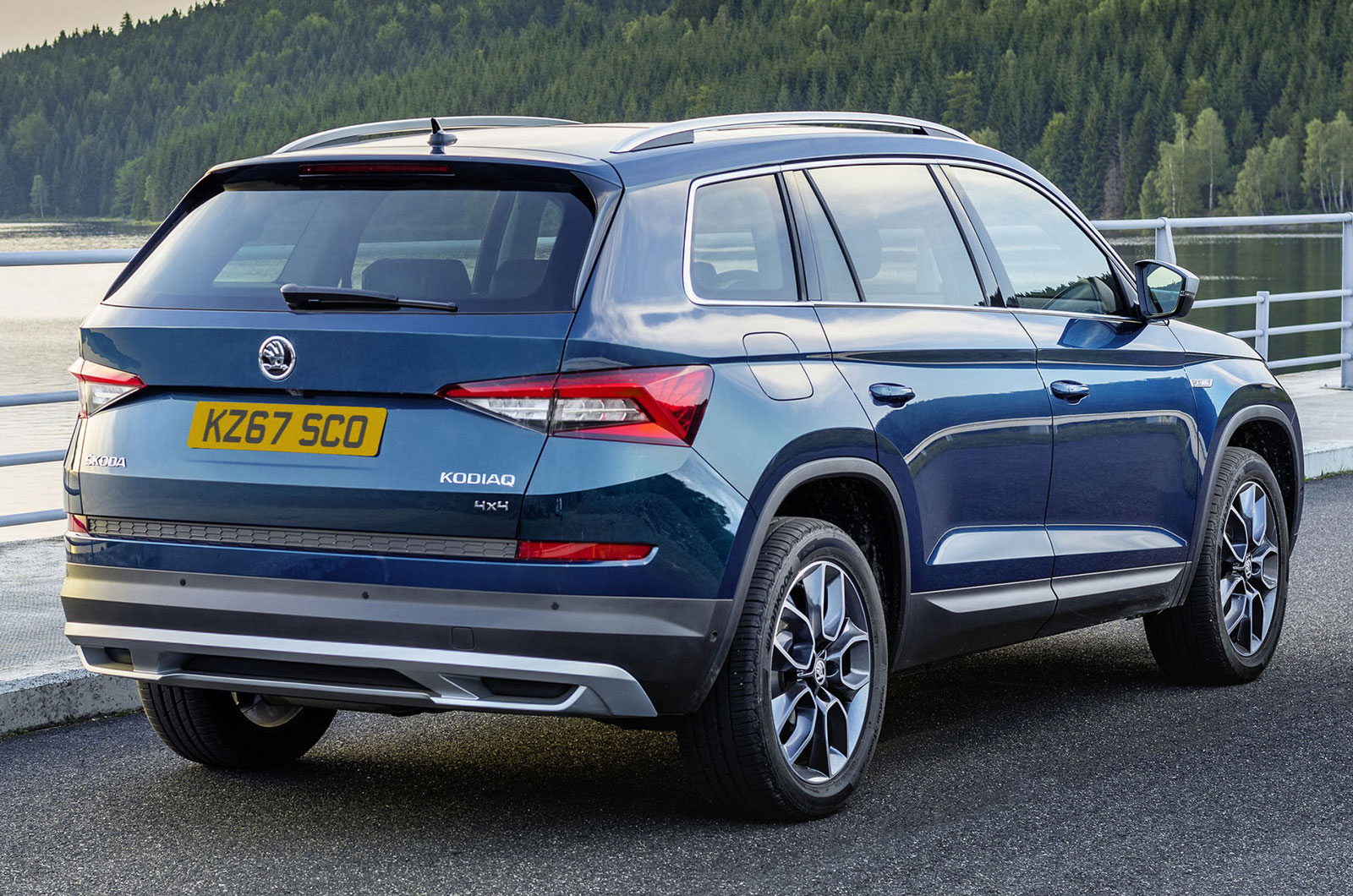 Buyers get the choice of all but the least powerful version of the 1.4-litre TSI petrol engine, the 125PS.

The Kodiaq Scout has a fractionally increased ground clearance of 194mm. Off-road, it has a ramp angle of 19.7deg, and approach and departure angles of 22.0 and 23.1deg, respectively.

26 January 2017
Wow that's expensive - a C4 Grand Picasso is far cheaper and better looking, as is the Zafira Tourer

Wow that's expensive - a C4 Grand Picasso is far cheaper and better looking, as is the Zafira Tourer

Of course! An off-road

26 January 2017
Of course! An off-road version! Silly me for assuming SUVs could do the rough stuff already.

Of course! An off-road version! Silly me for assuming SUVs could do the rough stuff already.

Of course! An off-road version! Silly me for assuming SUVs could do the rough stuff already.

Why the big wheels?

26 January 2017
All Skoda Scout models seem to have silly wheels. If you're going to biuld an off-road version of an SUV (which seems a contradiction in the first place), at least fit sensible wheels.

So, this is an off road

Ahh, nicely spotted. I think the design and remit for this car goes as follows:

Originally Designed for the urban onroad environment with aspirations for those with an off-road lifestyle urban image, without the disadvantages of a truly off-road capability. Recently enhanced from its urban off-road roots to include off-road urban enhancements for a rugged lifestyle image.

foot of our stairs

Off-road version of a 4x4

27 January 2017
Looking at the Model line up as a new company lease ( too mig for my needs). Skoda seem to have an extensive 2 wheel drive line up, the CO2.is quite a bit better. the faux off reader seems to be the new people carrier / woekhoarse estate car, Last time I was looking for a lease the 2X versions of SUV's from VW Mazda etc. if they existed where more or less only in lowest trim. set against that the real off roader version seem alike a logical addition.