BACK TO ALL NEWS
Currently reading: 2017 Land Rover Discovery confirmed with Intelligent Seat Fold tech
UP NEXT
Bentley Batur: new Mulliner car to arrive on 21 August

Using the InControl Remote app on their smartphone, owners can change the settings of the two rear rows of seating in their car in as little as 14sec, removing the need to adjust them manually when required.

Like the outgoing model, the 2017 Discovery will have seven seats, with a three-seat middle bench and two seats in the boot. In its standard setting, the third-row seats are folded into the boot floor. 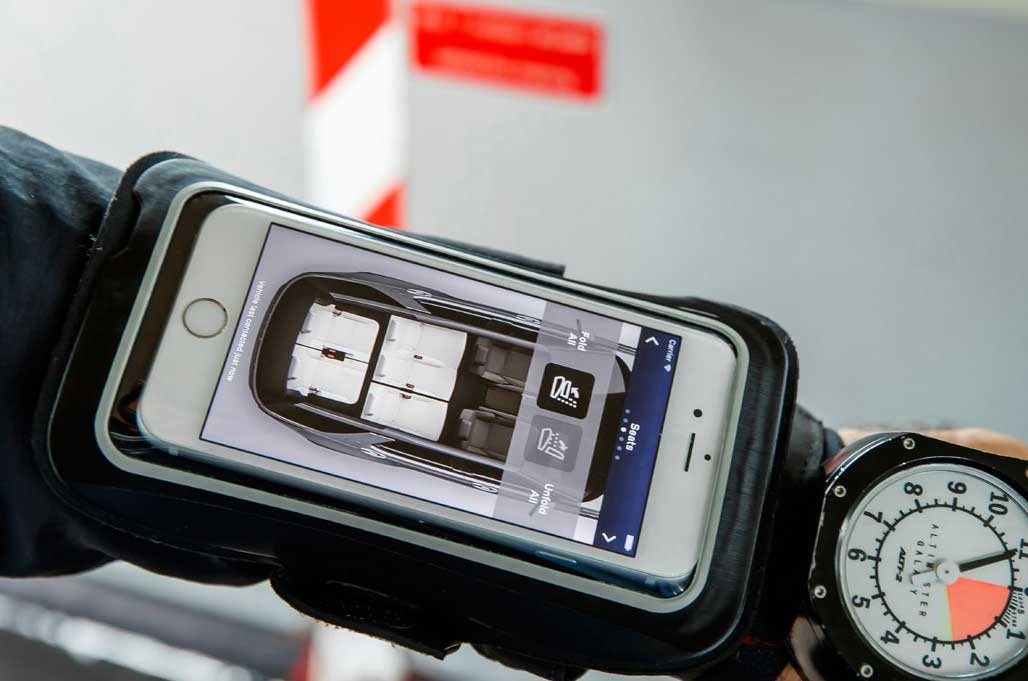 Land Rover’s Intelligent Seat Fold technology will allow these seats and those in the row ahead to be fully declined and put upright at the touch of a button. The seats can also be controlled using switches within the luggage area and on the C-pillar, or using the main touchscreen display on the dashboard.

Alex Heslop, Land Rover’s chief engineer for the Discovery, said of the system: “This unique feature sets the new Discovery apart from any other vehicle. The fact that owners can change the seating while doing things like queuing with their shopping is a true milestone in convenience delivered through technological innovation.”

To demonstrate the effectiveness and remote ability of Intelligent Seat Fold technology, Land Rover drafted in adventurer Bear Grylls. The 42-year-old was able to adjust the seats of a new Discovery during a 125mph freefall after he jumped from a plane with six members of the Royal Navy Parachute Display Team.

Grylls said: “Land Rover is proving why the new Discovery is the ultimate family SUV. The fact that they have created this world-first Intelligent Seat Fold technology is impressive in itself and for the remote function to work while we are freefalling from a plane is pretty cool!

“I’m not sure many people will be using it in such a manner but the technology to operate the car remotely in this way will undoubtedly be a real winner for busy families who want to be prepared.” 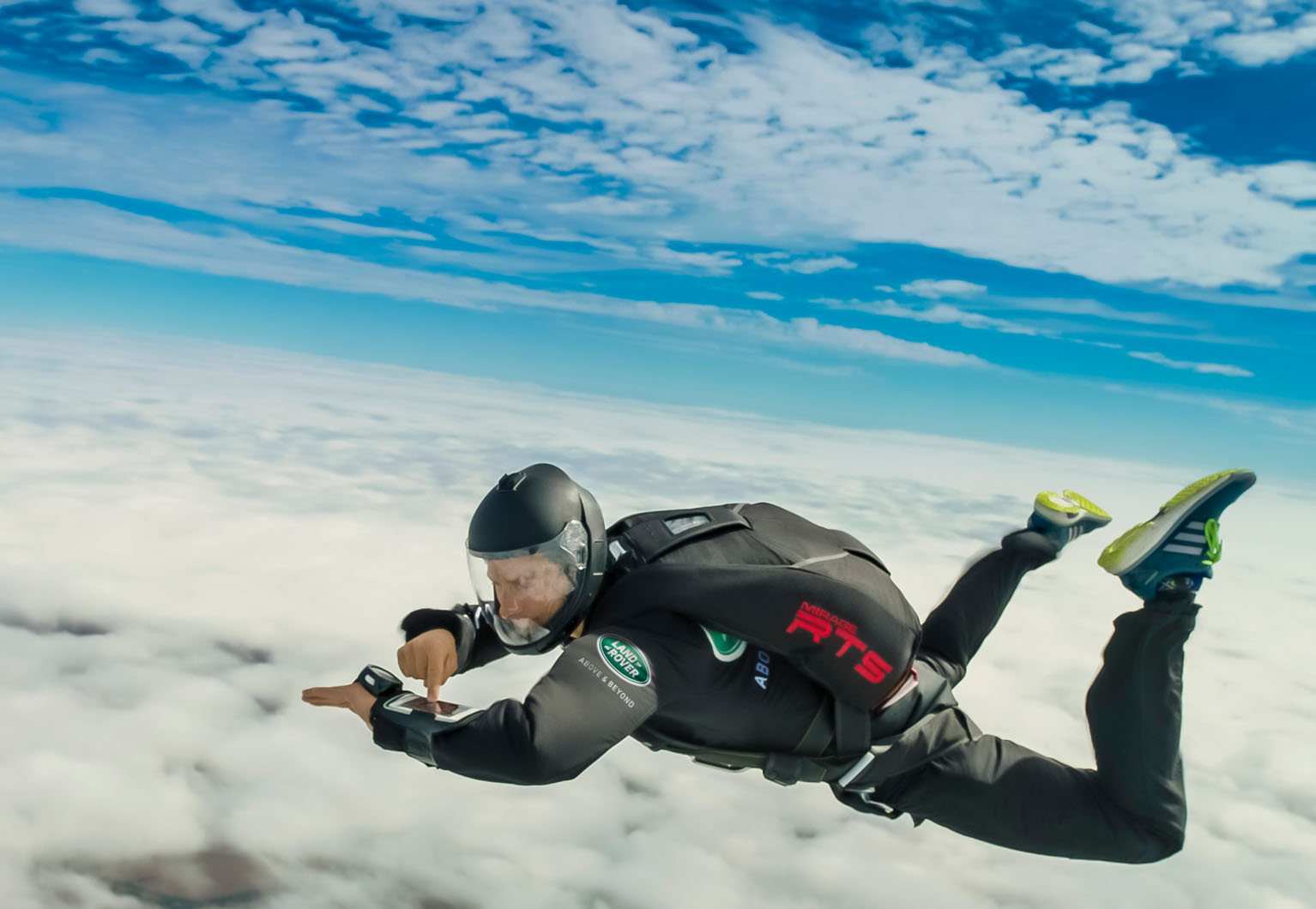 The fifth-generation Discovery will be revealed later this month. Up to this point, only one teaser image has been released, but Autocar has learned a few technical specifications for the model.

The 2017 car is set to use the company’s 2.0-litre Ingenium diesel engine, following the sighting of pre-production mules using this motor. Petrol and diesel 3.0-litre V6 powerplants are also mooted, stemming from Land Rover's development of modular engine technology.

The car will also use the same aluminium monocoque as the Range Rover, helping it to be lighter than its 2622kg predecessor.

The 2017 Land Rover Discovery will be revealed at the Paris motor show later this month. When it goes on sale, the new model will be positioned further upmarket than today's car. The starting price is likely to increase from the £47,495 of the outgoing model and edge closer to the realms of the Range Rover Sport, which starts at £62,345.

They Missed A Trick

Surely Bear Grylls' app should have opened the sunroof to allow him to drop straight into the driver's seat. Now that really would have been cool.
SKH 8 September 2016

Looking at that Bear Grylls video it looks like it might still have a split tailgate. I sure hope so, I love that feature. What I'm seeing could be a retracted cargo cover though.
S2bear 7 September 2016

Solving problems I didn't know I had

One can only assume that the Discovery price hike is due to JLR having to fund the engineering team that brought us none other than .... the motorcycle ashtray.

Sadly it will probably be bundled in a 'pack' or trim level meaning you can only have headlights and a sunroof if you take dickhead seats as well. Whoever came up with this should go back to glueing sea shells on matchboxes. FFS.