BACK TO ALL NEWS
Currently reading: 2017 Ford Fiesta revealed – new pictures
UP NEXT
2023 Lotus Type 133 to be firm's most luxurious model yet

The brand new Ford Fiesta has been revealed for the first time, with the range crowned by a sporty ST-Line trim; on sale in July
Open gallery
Close

The 2017 Ford Fiesta has been revealed at a special event in Cologne, Germany. It'll go on sale in Britain next July.

Four variants of the new hatchback have been unveiled - Titanium, a plush Vignale version, a sporty ST-Line variant and a chunky 'Active' crossover version, which sits 18mm higher than the regular model.

Ford says it wants to offer more personalisation choices for buyers, as well as enhancing the car's engaging driving style.

The newest generation of the UK's best-selling car sports an evolutionary rather than revolutionary design. The front grille is similar to that of the latest Ford Focus, while the headlights look like softened and shrunken versions of the outgoing Fiesta’s. 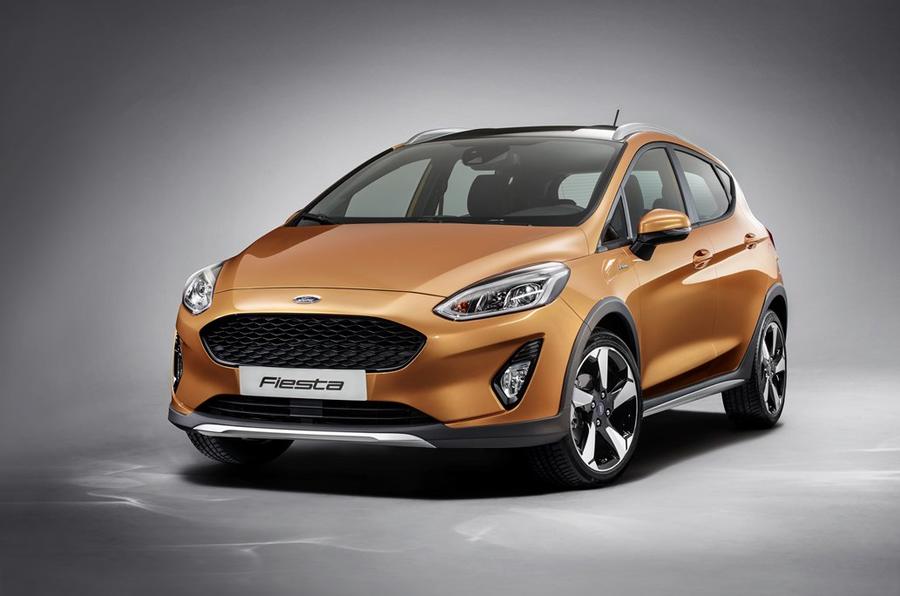 The range is crowned, for now, by a new five-door ST-Line version, which also previews how the full ST model will look. It sits on 10-spoke alloy wheels and wears sporty bumpers and side skirts and appears slightly more toned down compared with the current-generation ST models.

By adding Active and luxurious Vignale versions of the new Fiesta, Ford will be able to cast its net into a far greater pool of potential buyers.

Our first look at the new Fiesta's interior reveals a radical departure from today's car. The most obvious new addition is a 'floating' infotainment interface which is much larger than the button-controlled screen in the current Fiesta.

So far Ford has been tight-lipped about the car's technical specifications, but a range of small-capacity turbocharged three and four-cylinder engines seems almost inevitable. 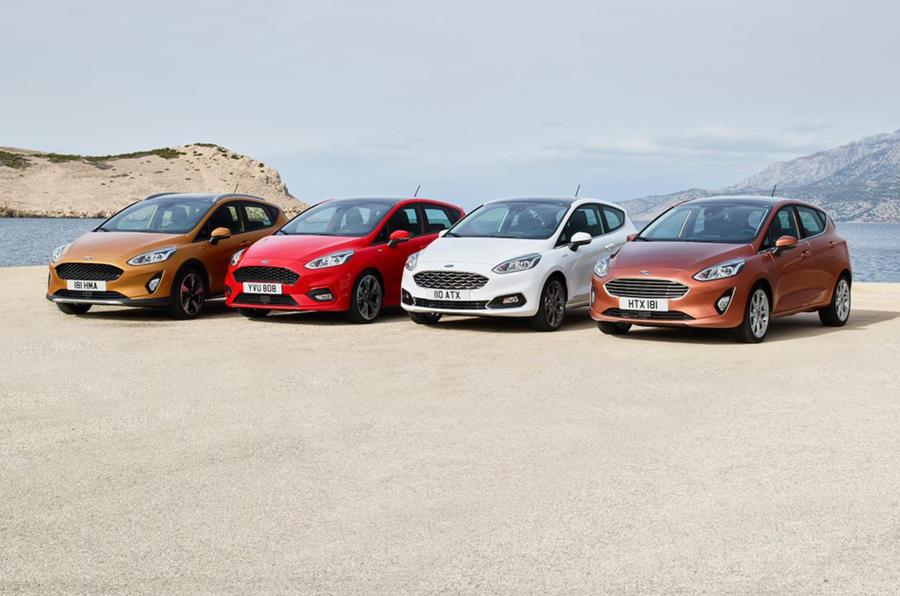 The Fiesta ST range-topper is likely to retain a boosted 1.6-litre engine but, like the other engines in the range, it'll produce more power than before along with lower emissions. The ST sits 10mm lower than the regular car.

Other features on the car include Ford's SYNC 3 infotainment system, and a plush B&O PlaySound stereo.

Ford recently dropped the base models from the current Fiesta range following the arrival of the five-door Ka+. This trend will continue in the next-gen car, which will be moved slightly upmarket with a more premium cabin and a more mature appearance.

Speaking at tonight's unveiling, Ford of Europe President Jim Farley said the company had "over-delivered" on the promises made four years ago - at the first Ford Go Further event - to streamline its business in Europe and to create new products and technologies.

Take a closer look at the new Fiesta with our video, below.

Or, to watch the Fiesta's full presentation, watch the video below.

I don't mind evolutionary design if the model from which it evolves was worth evolving. This is not the case here.
This is not a confident design and relies on incidental details to 'enhance' the shape. I find the lower body treatment - front & back - particularly unresolved.
The interior is inspiration free.
erly5 30 November 2016

Disappointing to see Ford following an evolutionary design path. Unfortunately it seems to be the way with a lot of manufacturers nowadays.
androo 30 November 2016

The interior looks much, much better, but that wasn't too difficult to achieve I imagine. I remember when the current generation Fiesta was unveiled it was quite sensational though, and this one is not. The previous one was a very clever design, especially the interplay between the rear lights and the hatch. It was also a very cohesive design, even (though less so) after the facelift. This one is more generic and less distinctive, less pretty I think, though pretty nice. I'm not saying it's horrible – far from it. Styling is less important than space and comfort and safety and all those other things of course, but I think the styling of this new version is in some ways a small backward step. Will that make any difference to its status as best selling car in the UK? Maybe not, but in other European countries like France where it doesn't even make the top ten, Ford may not have done quite enough to set the Fiesta apart from its competitors, however good it is in terms of space, safety, refinement, handling, etc. We shall see.
View all comments (34)