BACK TO ALL NEWS
Currently reading: 2017 Audi A5 Sportback and S5 Sportback shown at Paris show
UP NEXT
Can Amazon deliver closer racing in F1?

The 2017 Audi A5 Sportback has made its world debut at the Paris motor show.

The new four-door model offers more cabin space than its coupé equivalent while sharing the same line-up of engines.

The cabin space of the new A5 Sportback is 17mm longer than the old car's. The more practical body shape offers passengers 11mm of extra shoulder space and rear knee room has grown by 24mm. 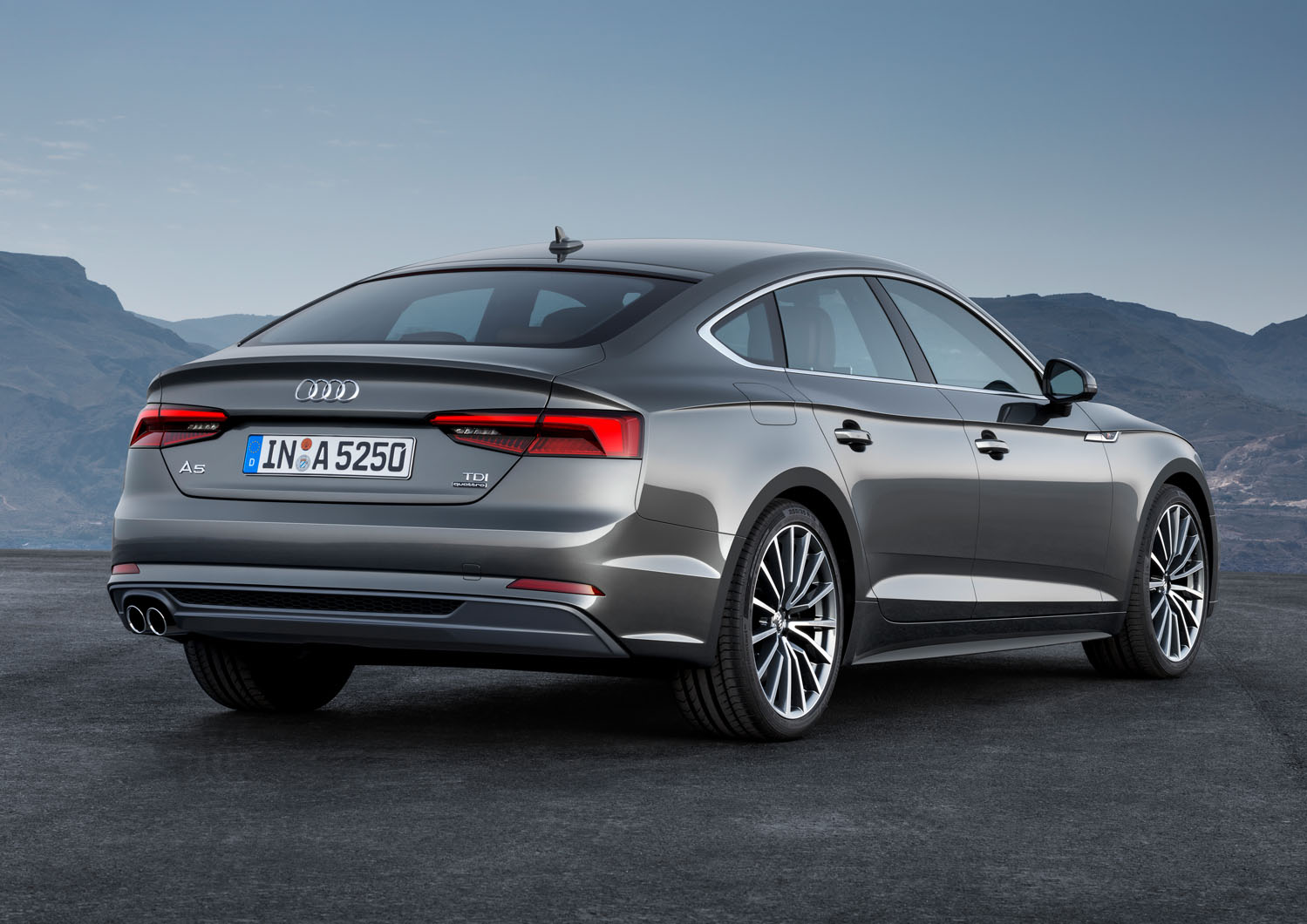 Like the coupé, the Sportback gets 2.0-litre TFSI petrol and 2.0-litre TDI diesel turbocharged four-cylinder units in various states of tune and the range is topped by a 282bhp 3.0-litre six-cylinder TDI diesel.

The A5 Sportback is offered with the choice of a six-speed manual or eight-speed S tronic dual-clutch automatic gearbox.

As with the coupé, a performance-focused S5 model is available with a 3.0-litre TFSI petrol unit that produces 349bhp. A g-tron model that can run on natural gas is offered on the European continent, but not in the UK due to a lack of refuelling infrastructure. 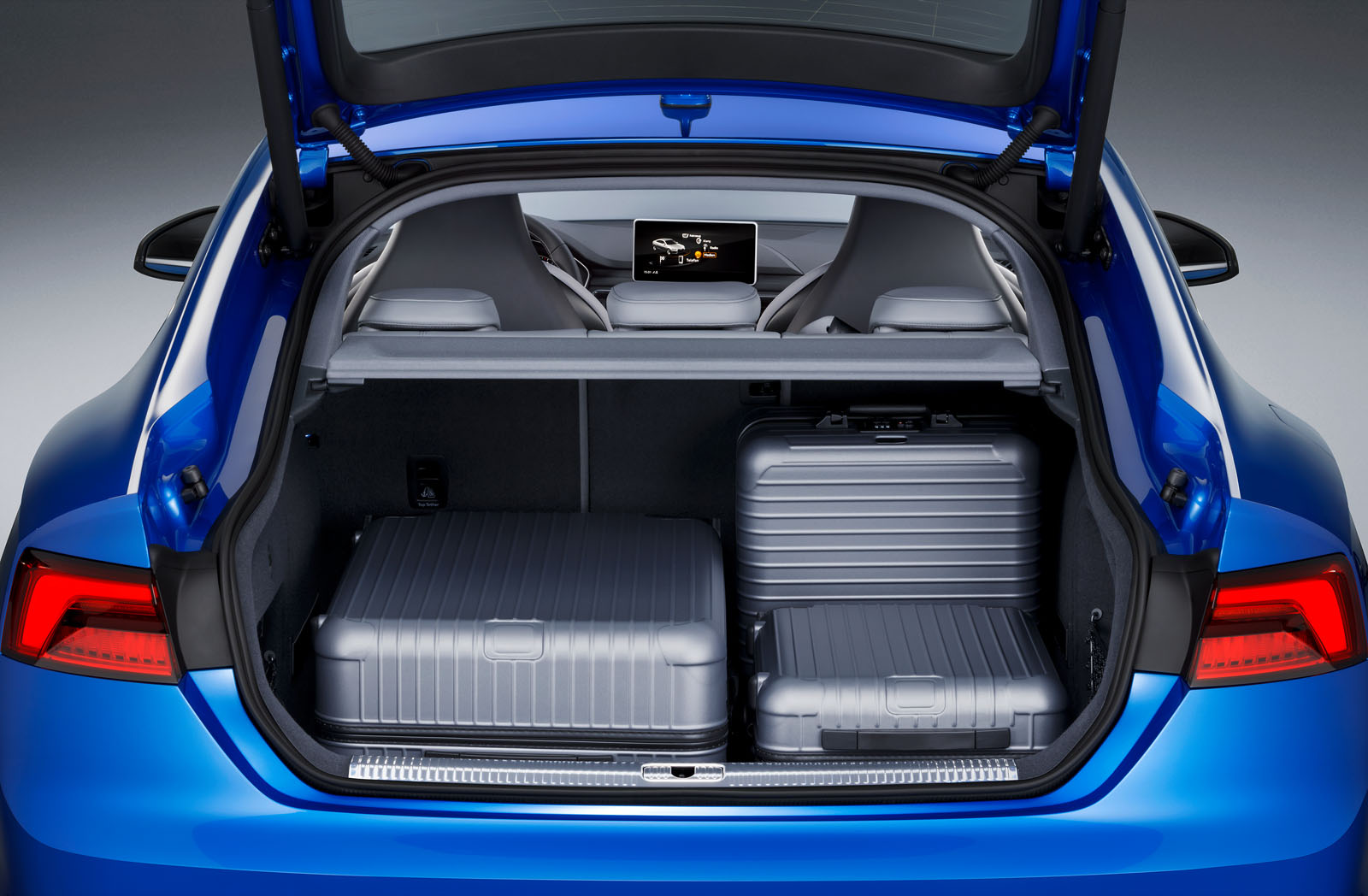 The model has front-wheel drive as standard, but quattro four-wheel drive is offered as an option and comes as standard on the 282bhp 3.0-litre and S5 variants. Those two models also get optional sport differentials to further boost traction.

The entry-level car sits on 17in wheels, with 18in wheels available for higher-spec models. Top-of-the-range A5s and the S5 get 19in wheels.

As standard, the A5 Sportback features variable suspension that uses continuous damping control technology. The system works in tandem with the car’s four driving modes: Comfort, Auto, Dynamic and Efficiency.

As with the coupé, the A5 Sportback gives buyers the choice of an optional Virtual Cockpit system, which includes a 12.3in high-definition digital instrument panel, as well as the latest evolution of Audi’s MMI (Multi Media Interface) Plus infotainment system. This uses an 8.3in monitor, touch-sensitive rotary controller and LTE connectivity for up to three years free of charge via a SIM card permanently installed in the car. 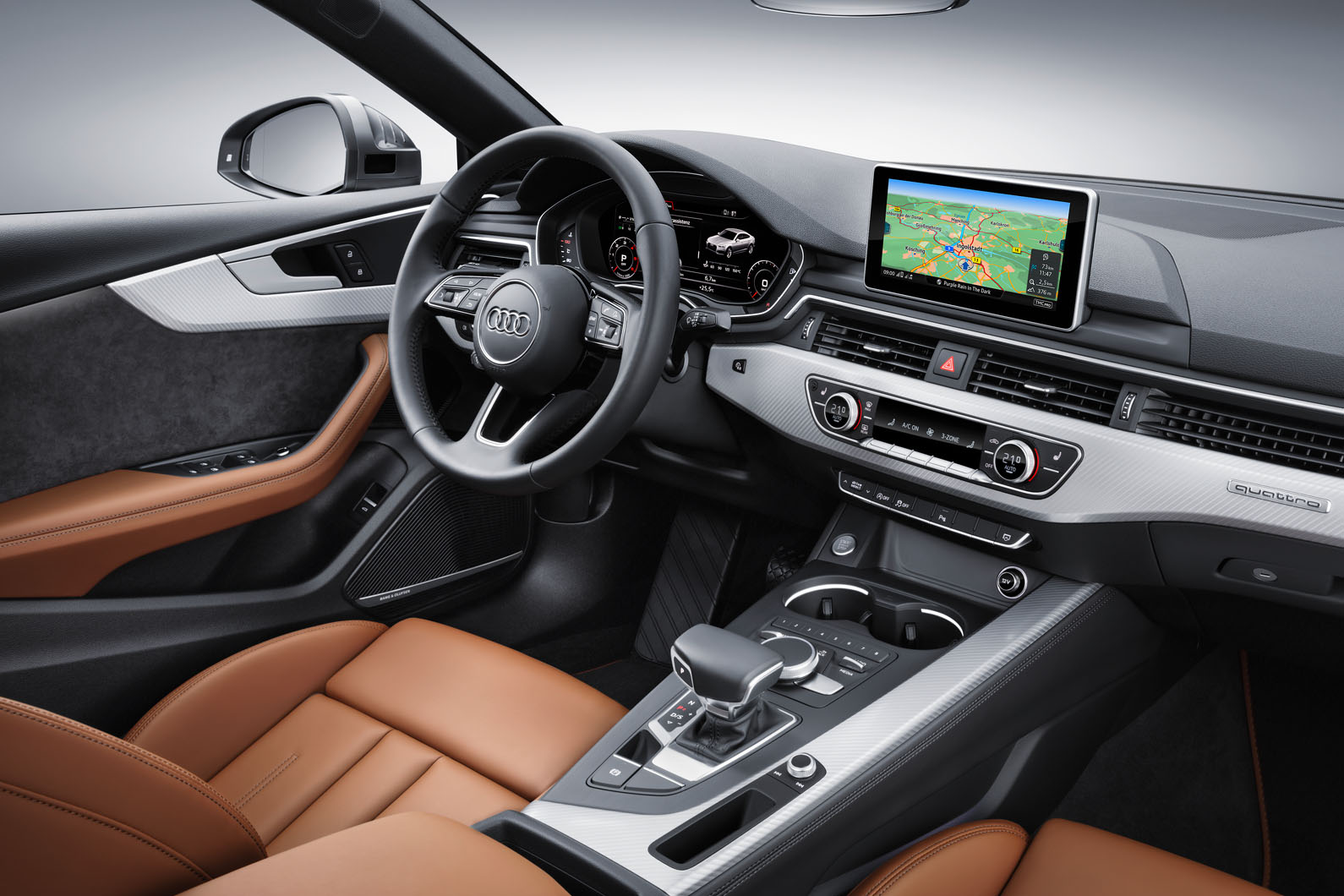 Audi is yet to confirm the car’s pricing, but a small increase is expected over the outgoing model, which starts at £30,035. Order books will open this autumn.

Rivals will include the Mercedes-Benz CLA-Class and BMW 4 Series Gran Coupé.

Click here to read our review of the 2017 S5 Sportback

Wrong! CLA is an A class and

Wrong! CLA is an A class and rival of A3 variants.This is a C class rival.Where do you guys get your reporters? even my wife and grandsons know that much!
Tim Kemp 29 September 2016

That has to be the most annoying trend of interior design lately. These screens which are necessary are becoming tacked on pieces of design laziness rather than integrated and elegant. BMW, Mercedes, Mazda and now Audi have gone from elegant integrated solutions to "lets just stick a screen on top of the dash and call it a tablet". Looks ugly and cheap.

Nice but coupe styling is now too common

It's much more attractive than the A7 with the right amount of character lines and curves. However this German 4-door coupe styling has now been copied by so many other car makers (Ford Focus, Toyota Avalon, BMW 4-series Gran Coupe, Hyundai Genesis, etc.), so the styling is not so special or as current any more.

Just like BMW I'm still disappointed in general with its interior. It's boring and dated looking and lacks the cohesive elegant design you see in Mercedes-Benz.

Nice but coupe styling is now too common

It's much more attractive than the A7 with the right amount of character lines and curves. However this German 4-door coupe styling has now been copied by so many other car makers (Ford Focus, Toyota Avalon, BMW 4-series Gran Coupe, Hyundai Genesis, etc.), so the styling is not so special or as current any more.

Just like BMW I'm still disappointed in general with its interior. It's boring and dated looking and lacks the cohesive elegant design you see in Mercedes-Benz.

There are at least 5 senses

Looking at photos, I can understand your point of view. But get in these cars and drive them. The quality of the Mercedes C class interior is poor - everything flexes and feels cheap. Kind of the opposite of what you expect from a Mercedes. Maybe it's the price of reducing weight? The design is cluttered and ergonomically clumsy in use, as is the COMAND system. I think they are tailoring their designs for their largest market, too much so. The BMW and Audi interiors feel like bank vaults in comparison, and their iDrive and MMI systems far more intuitive. But design is subjective, and we all like different things. But quality is easier to assess.
View all comments (13)