BACK TO ALL NEWS
Currently reading: The young guns of the BTCC
UP NEXT
Rodin FZero: V10 weapon aims to be world's fastest car

The British Touring Car Championship used to be dominated by wily veterans – but no longer. Meet the 20-something racers who are leading the pack
Open gallery
Close

On 31 March 1997, Jason Plato made quite a stir on his British Touring Car Championship debut at Donington Park.

Claiming pole for both races, he finished second in the opener behind Renault teammate Alain Menu and, then aged 29, was a welcome injection of youth into a championship dominated by veteran drivers.

At the time, Ashley Sutton probably wasn’t paying much attention to Plato’s debut season; he was only three years old, after all. Fast forward to 2017 and Sutton was racing in the BTCC alongside Plato, the latter aged 50, for the Team BMR Subaru Levorg squad. And it was 23-year-old Sutton who claimed the championship. 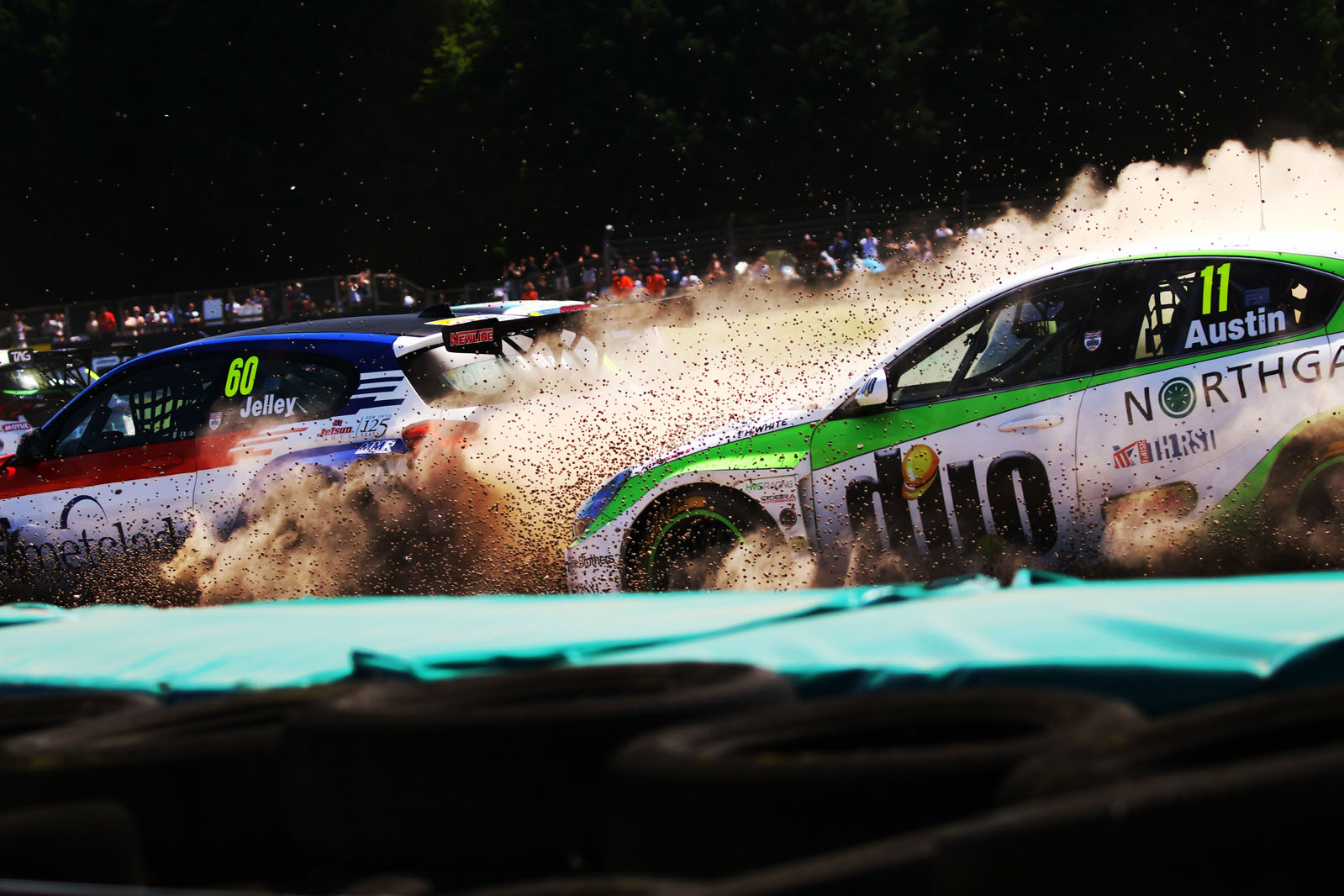 Sutton was the youngest BTCC champion since John Fitzpatrick in 1966, and yet his success didn’t seem all that unusual. Although the likes of Plato and triple champion Matt Neal, 51, are still the most high-profile drivers, a host of 20-something drivers are regular visitors to the top step of the podium this year.

Traditionally, touring car racing was the domain of older drivers who had fallen off the single-seater ladder, but the fast-rising costs of Formula 1’s feeder formula and the BTCC’s high profile explain why more drivers are targeting the latter from an early age. 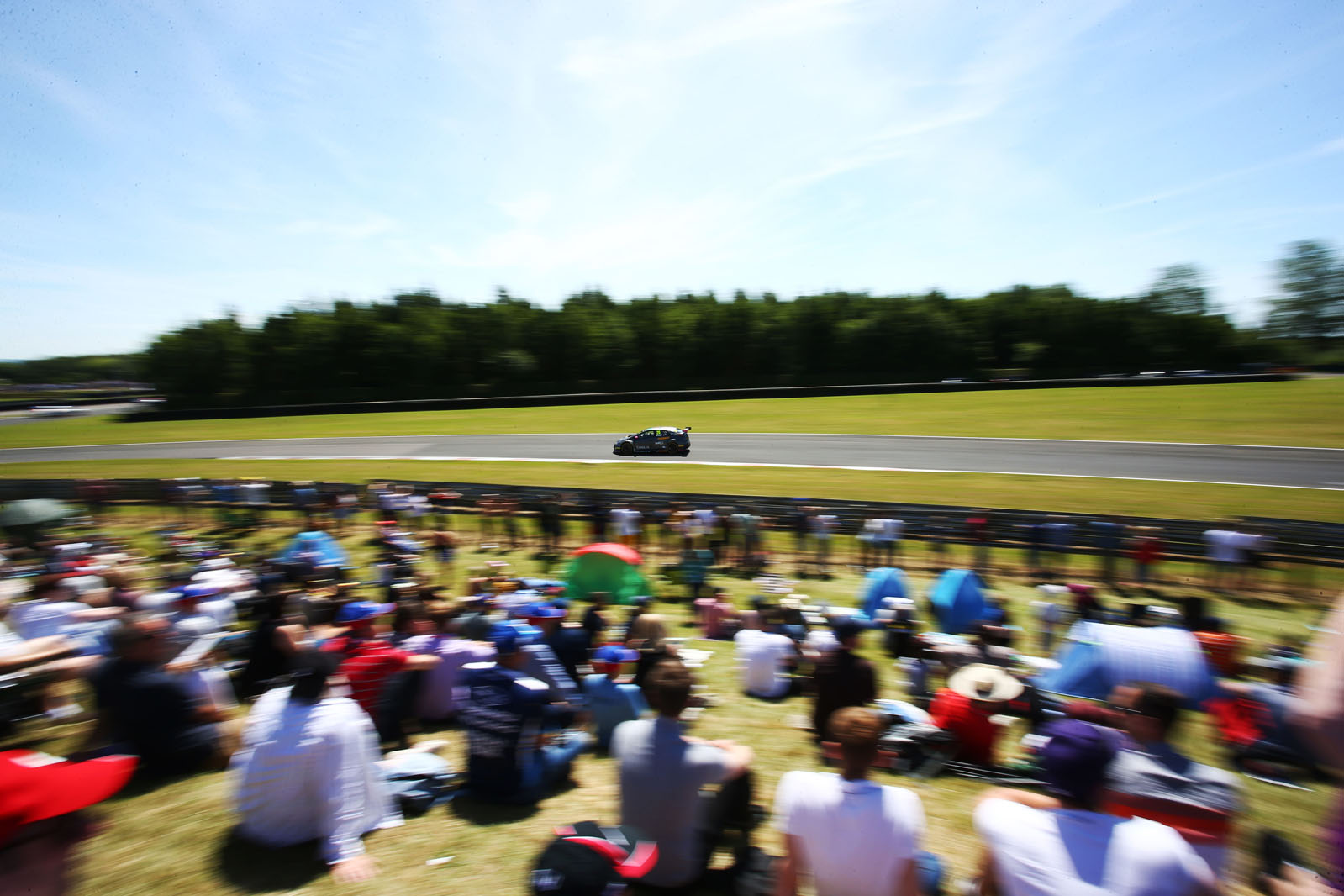 “It’s the biggest championship in the UK,” says Porsche Carrera Cup convert Dan Cammish, 29, who drives for the works Dynamics Honda team. “It’s easier to make a name for yourself here than in sports cars; more people in the UK know who Jason Plato is than Nick Tandy.”

That profile is a huge help in attracting sponsors. Sam Tordoff, 28, has returned to the BTCC this year with the Motorbase Ford team after a season of racing sports cars in Europe. “The BTCC suits my sponsors,” he says. “It’s easier to raise a bigger budget for the BTCC than a smaller budget to do GT racing.”

The decline in the number of manufacturer teams, which generally preferred employing experienced racers with a profile, from the height of the Super Touring days is also part of the reason for the rise of the young guns. “Experience is important, but it’s about more than just driving these days,” says Eurotech Honda driver Jack Goff, 27. “My family does all my marketing and hospitality. The works drivers didn’t have to do that.” 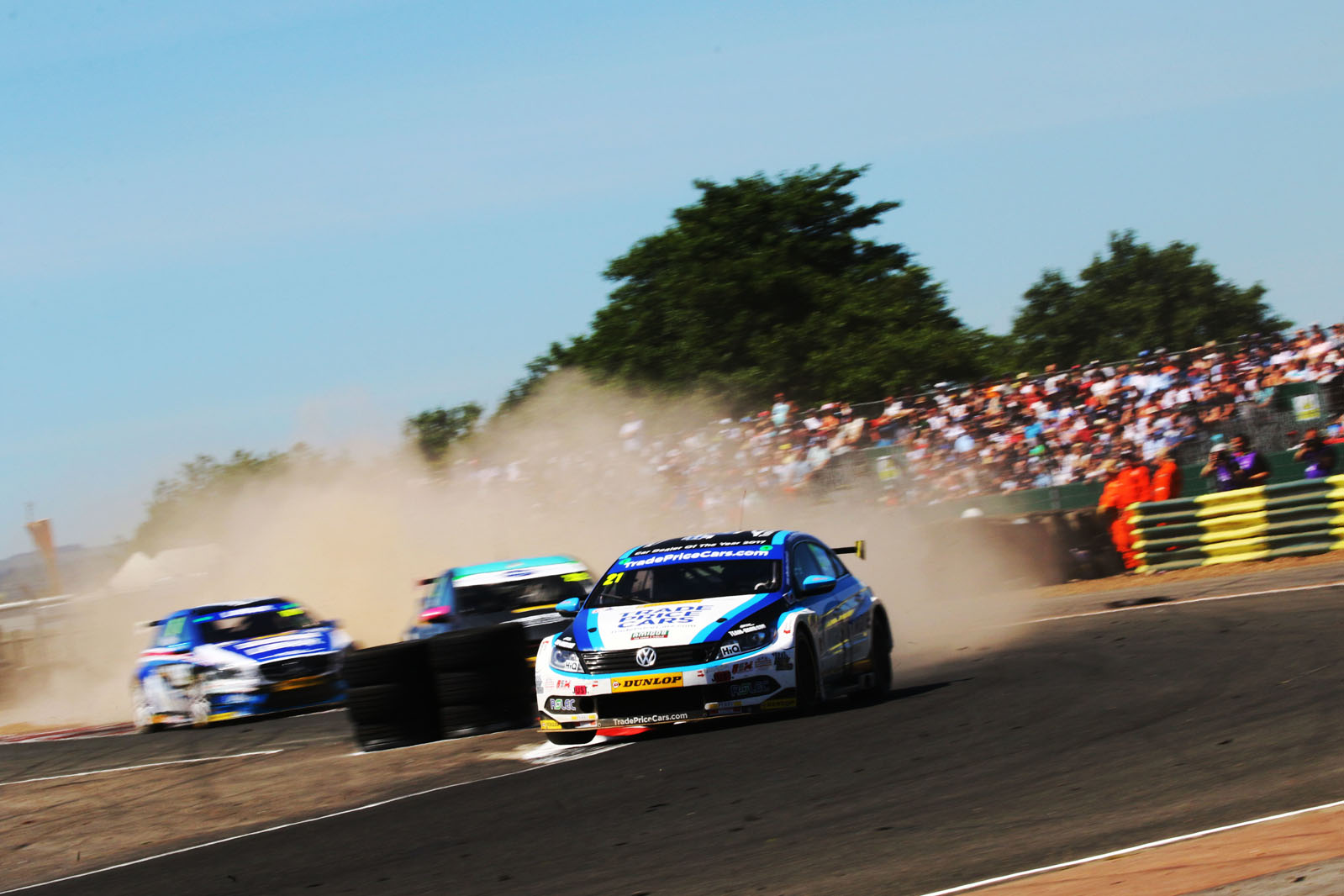 Sutton adds: “If you want to race these days, you’ve got to earn it, and you have to find sponsors and maximise what the BTCC can offer. You have to build a whole infrastructure around you and work towards long-term goals.”

The current cars are relatively affordable and accessible, too, so drivers with less experience can step in and be competitive. And the fact that young drivers see the BTCC’s long-term career prospects helps when it comes to promotion. “Touring car drivers aren’t transient, so people can find a young gun and get behind them for five to 10 years,” says Gow. “In the old days, the young guns weren’t really chased after by the public. Now they’re really popular.”

Sutton adds: “You have to learn that it’s about more than just the on-track action. You can become a hero to some people and build a profile that goes far beyond the BTCC.”

The popularity of the BTCC’s young guns with the public is, in part, because they are far more open and accessible than their F1 counterparts. “They’re all prima donnas anyway,” quips Speedworks Motorsport racer Tom Ingram, 24. 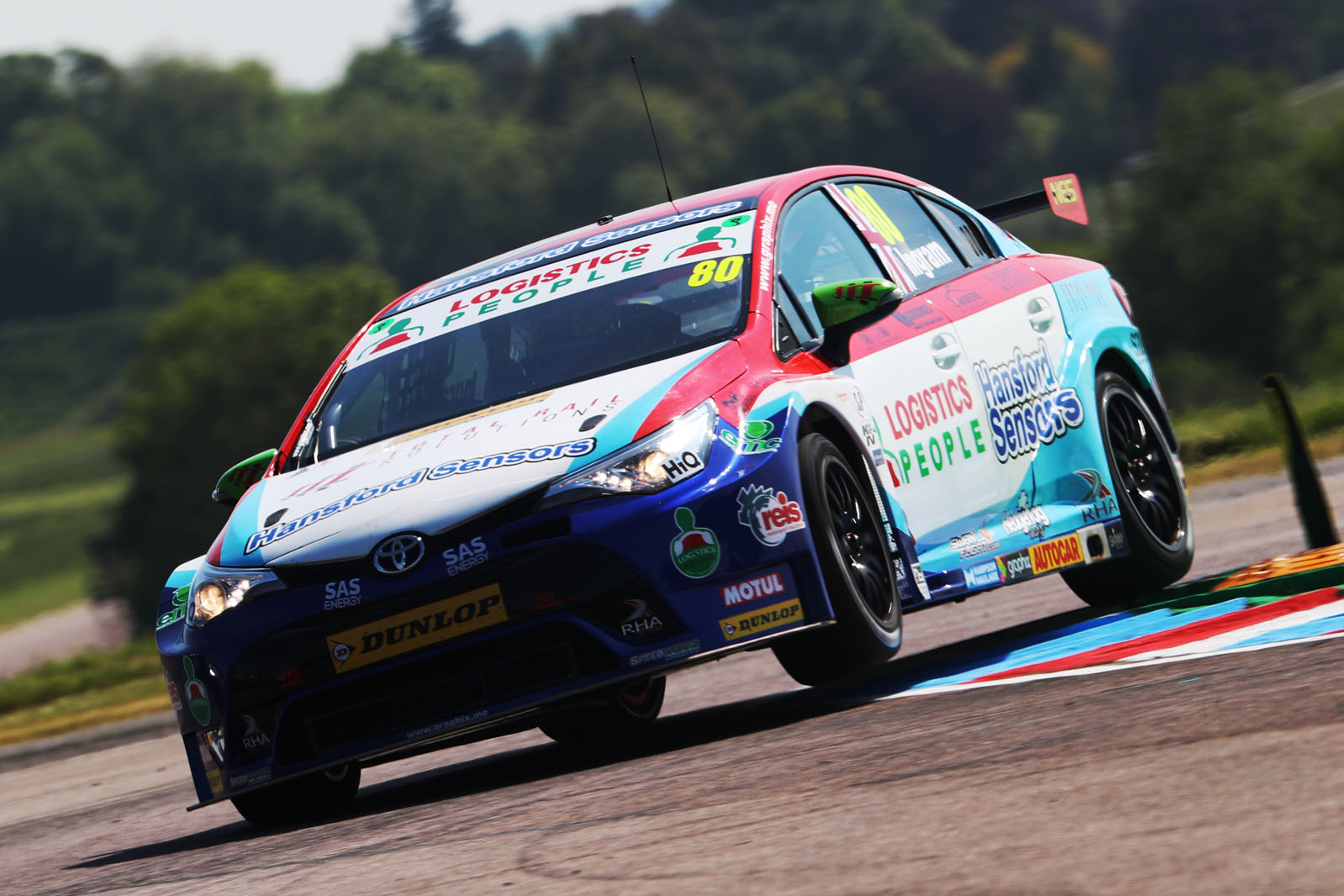 Regardless, though, their success isn’t driven by their age but by their results. “Lots of young drivers are fast,” says 21-year-old Mercedes racer Aiden Moffat. “They’re just great drivers. Age is just what it is.”

There are plenty of other prominent BTCC drivers under 30. Power Maxed Vauxhall’s Senna Proctor, 19, and Josh Cook, 26, have both claimed their first race wins this season. Mercedes racer Adam Morgan, 29, has also finished first.

Drivers to have visited the podium this year include BTC Norlin Honda’s Chris Smiley, 26, and Team Hard Volkswagen’s Jake Hill, 24. Then there’s series veteran Andrew Jordan, who won the title back in 2013 andis in his 11th BTCC season – and yet he’s still only 28 years old. 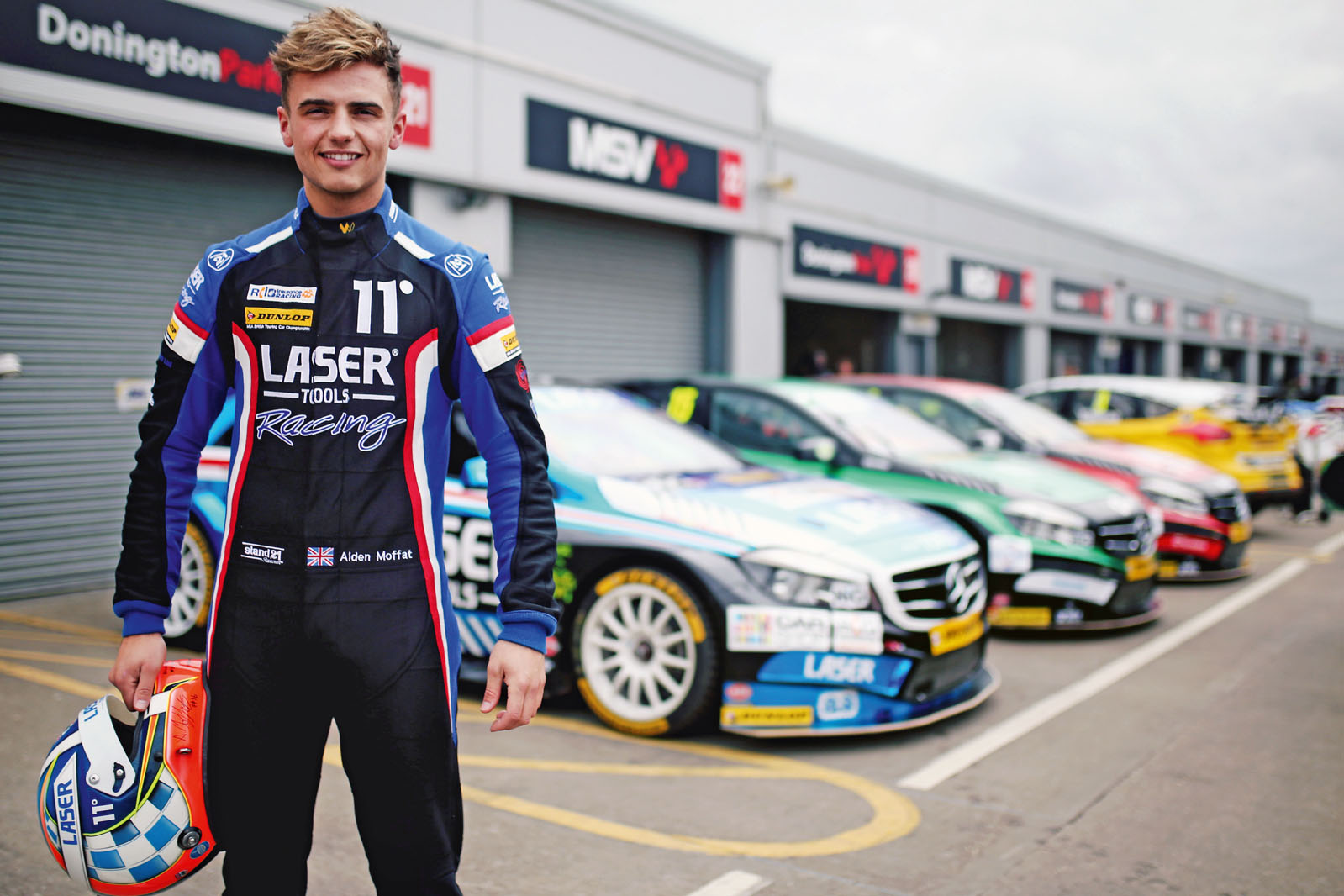 “It’s something any driver would want to be involved in. It’s a massive championship and draws great crowds.”

“When I started in Fiesta Junior, my driver coach was [BTCC race winner] Tom Onslow-Cole; I had no idea who he was! My team boss told me to go and watch ITV4 to find out.”

“I always supported Tom, and I respect what Jason Plato and Gordon Shedden have done.” 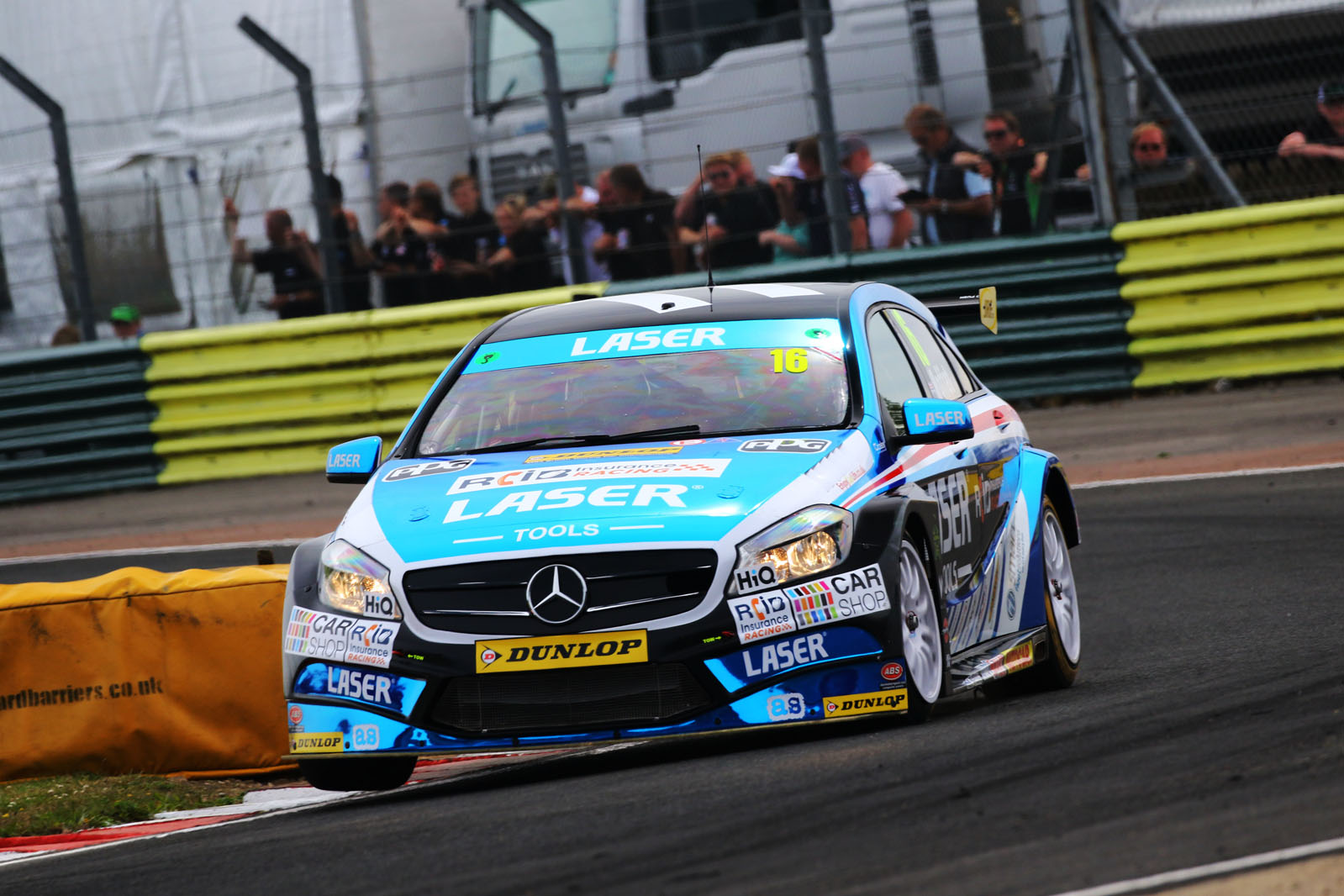 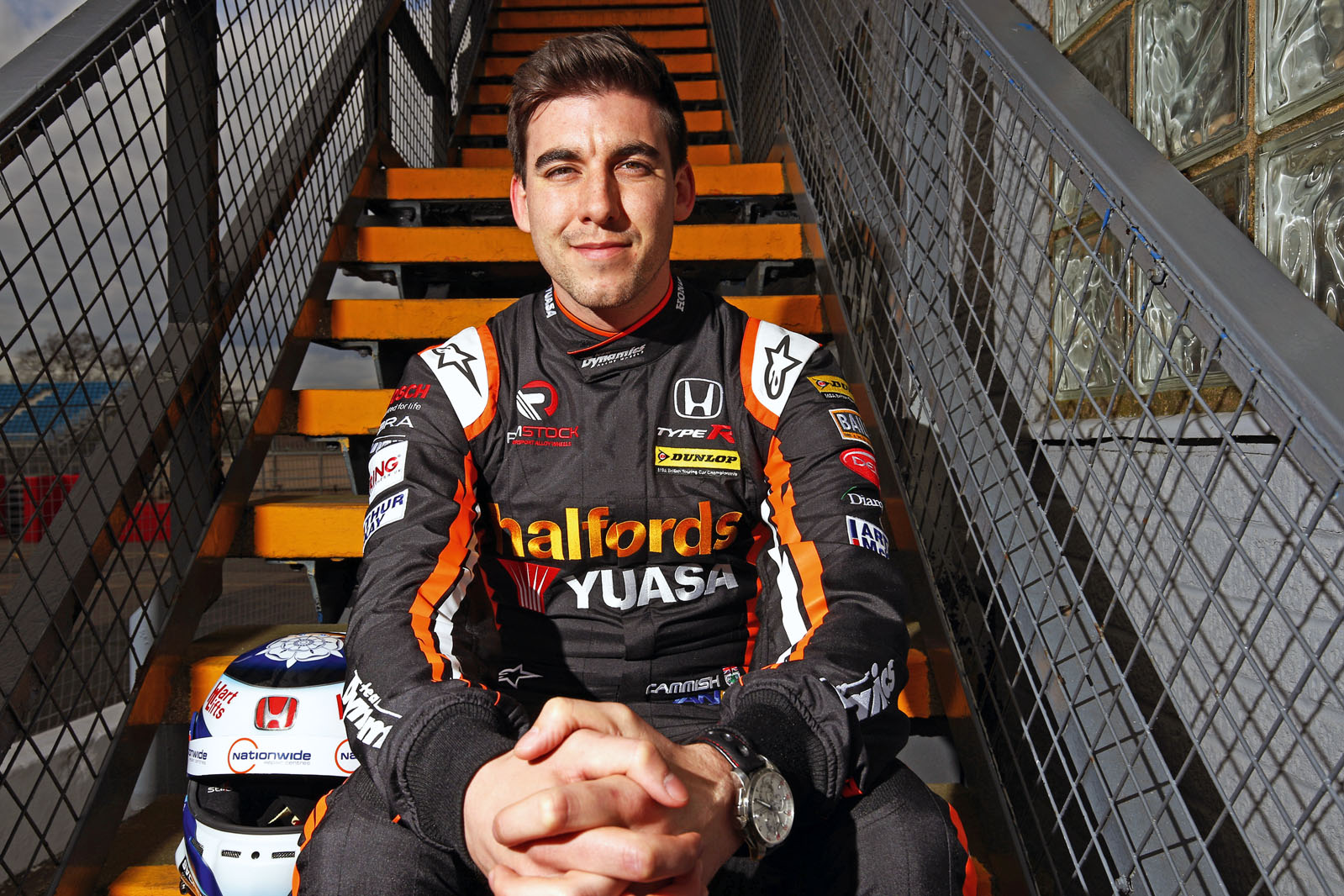 “I’d had success racing Porsches, but in sports cars nobody could say: ‘Yes, you’re going to be a works driver’. When the Honda opportunity came up, it was a bit of a no-brainer.”

“TOCA 2 on the PlayStation. I was usually Alain Menu in the Renault Laguna.”

“I admired drivers such as Matt Neal and Jason Plato. Having Matt as my teammate is amazing; he’s able to share so much info.” 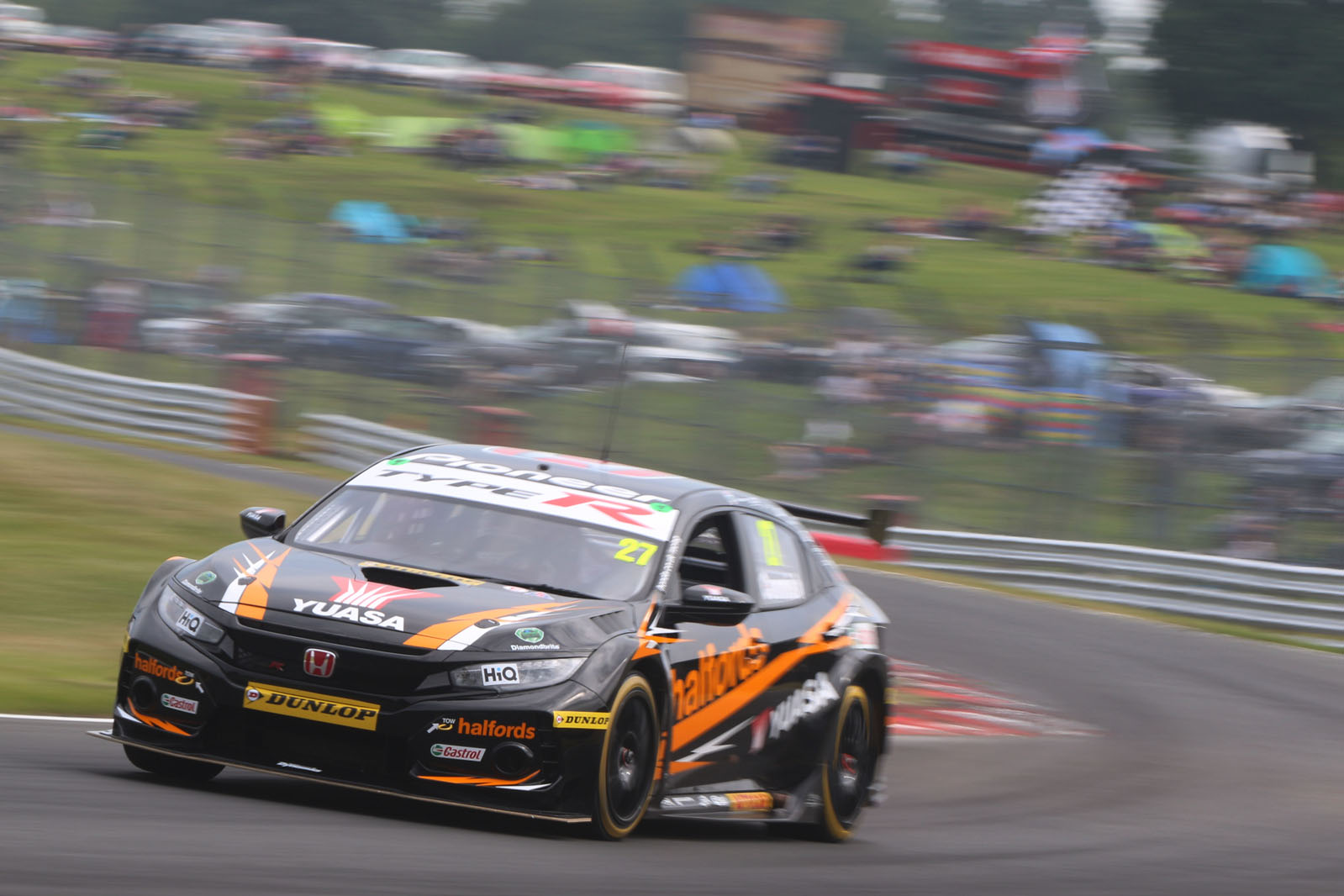 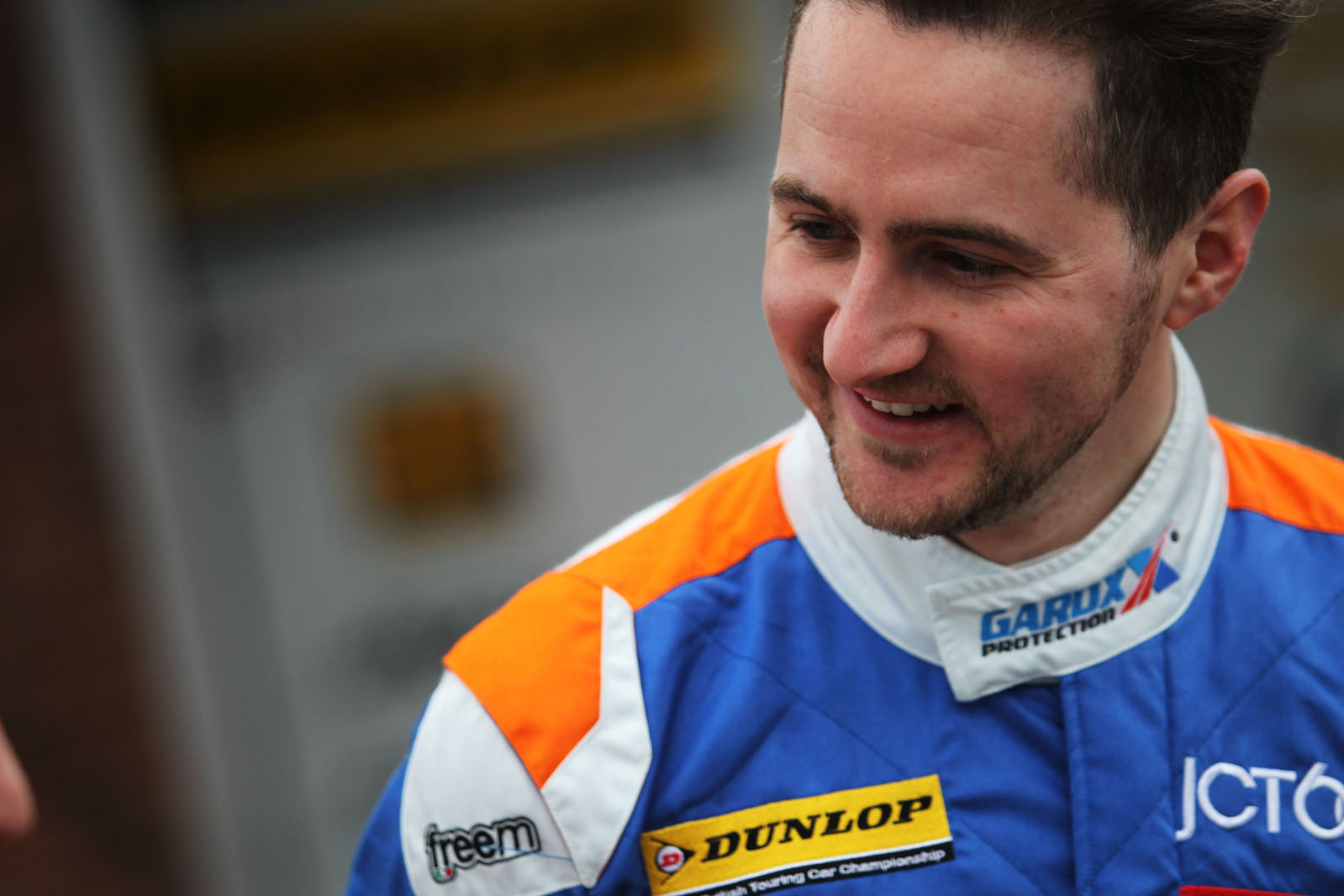 “It’s the biggest championship in the UK. I left the BTCC [after 2016] to do GT racing in Europe, but I didn’t like sharing a car and preferred racing in the UK.”

“TOCA on the PlayStation: the yellow and blue Renault Lagunas, Tim Harvey’s green Peugeot 406, the Audi A4 quattros and so on.”

“John Cleland; I liked the Vectra he raced. It was weird to get to know him as a driver, given that I used to play as him on a game when I was eight.” 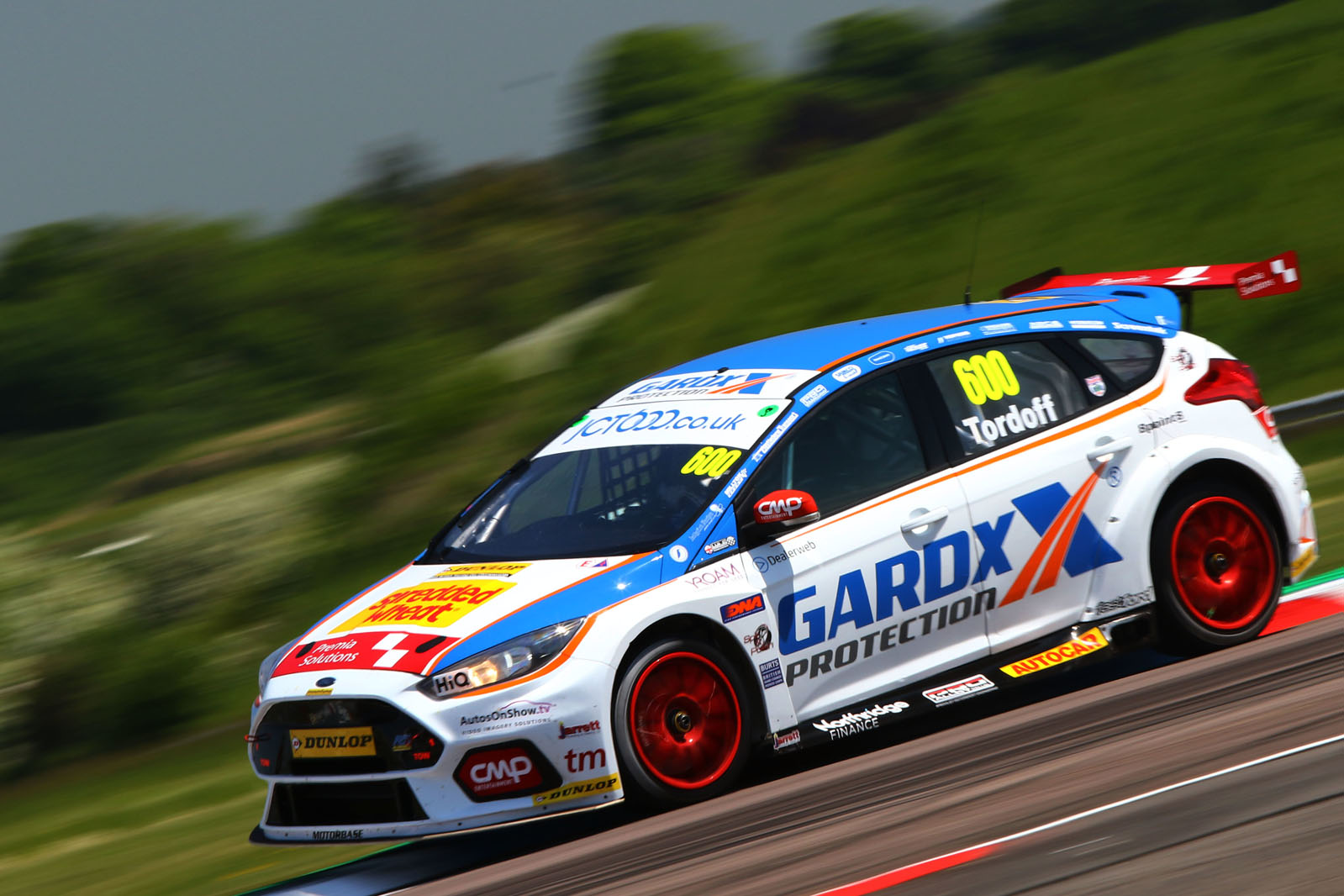 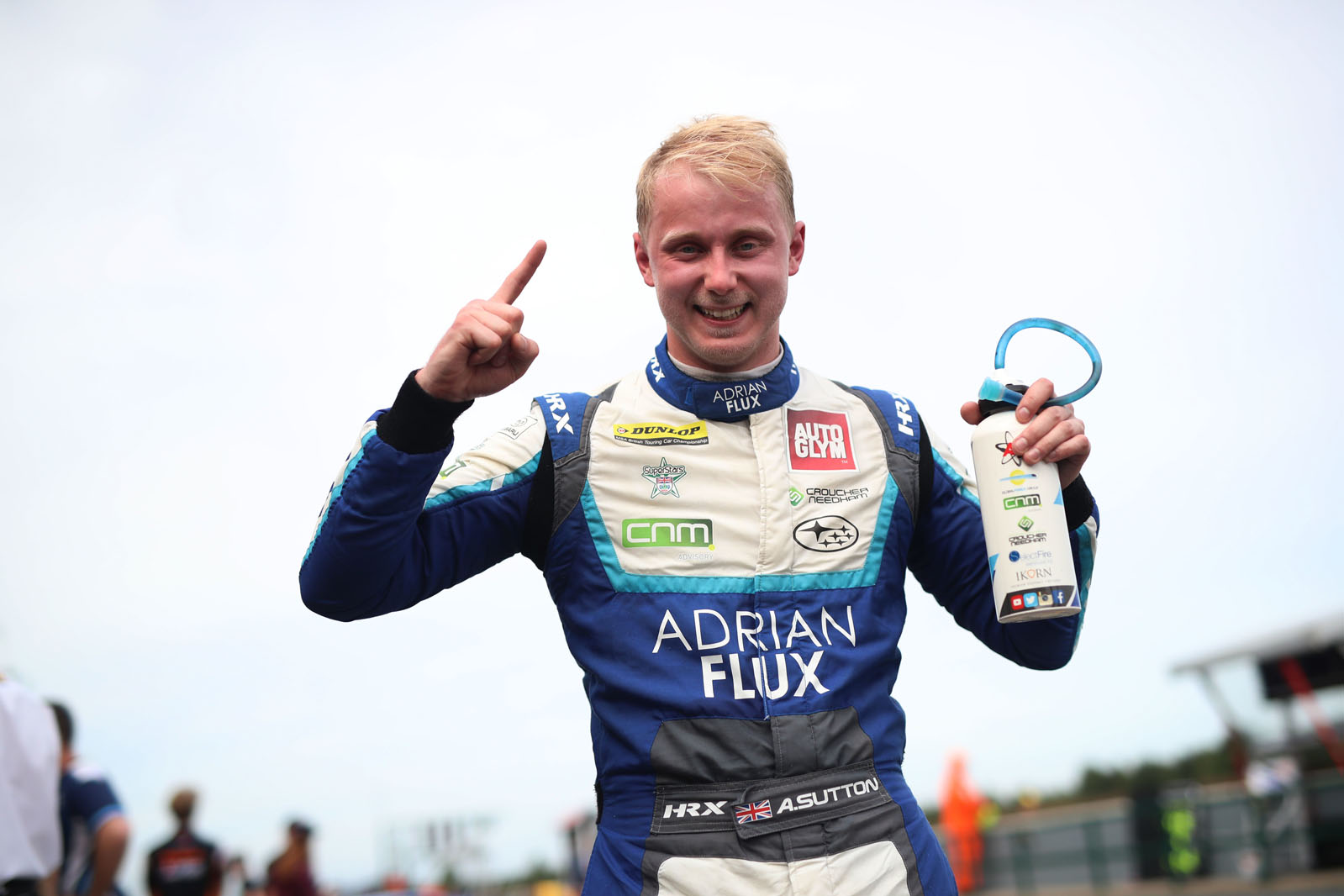 “It was always a dream to be on the grid. It’s somewhere you can build a profile as a driver, and gain a proper fan base and sponsors.”

“Watching Jason Plato and Matt Neal go head to head when Jason was in the Seat and Matt was in the Integra.”

“I won a karting title aged 11 and went to an awards ceremony. There were two drivers I wanted to meet: Lewis Hamilton and Jason. Having Jason as my teammate now is surreal.” 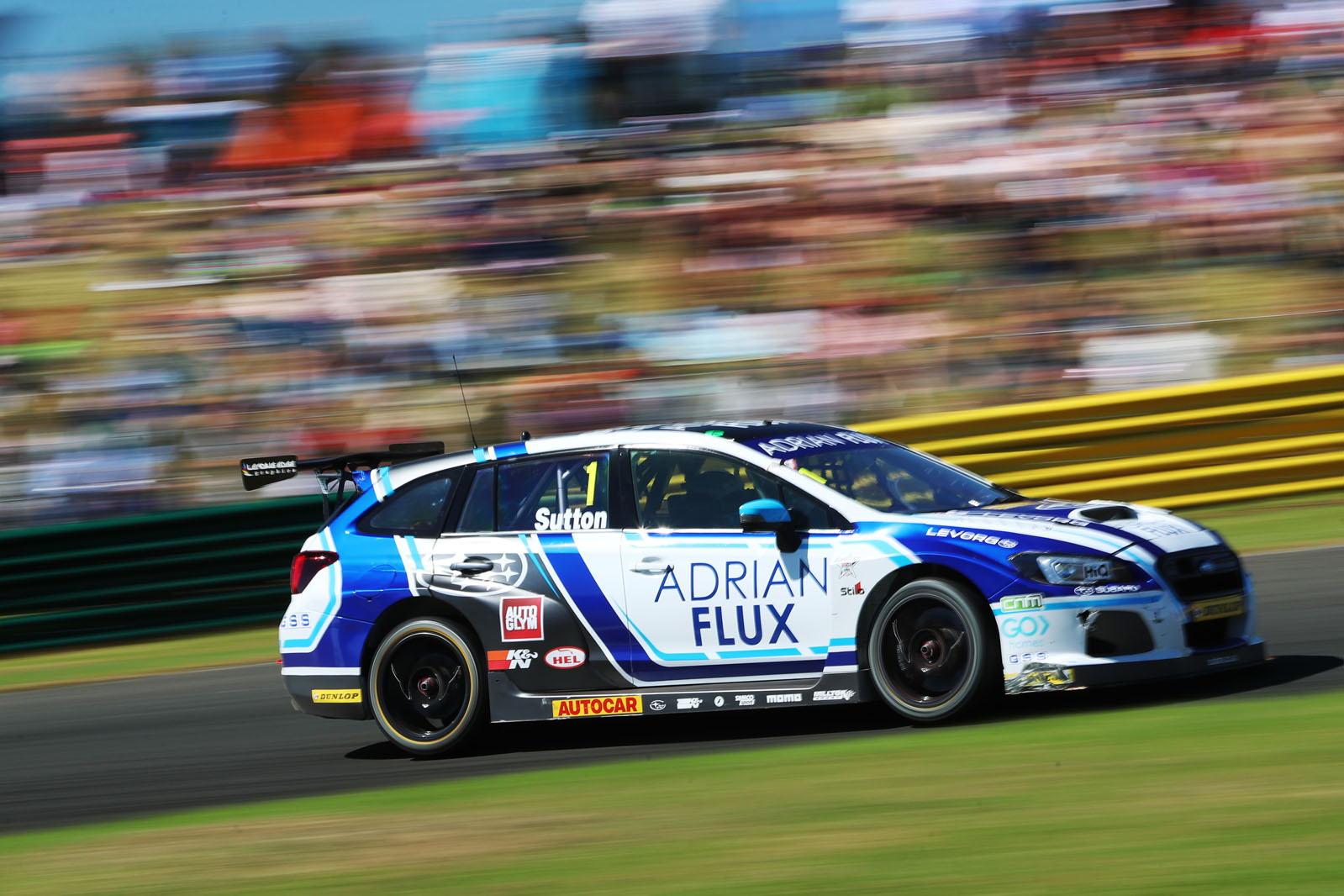 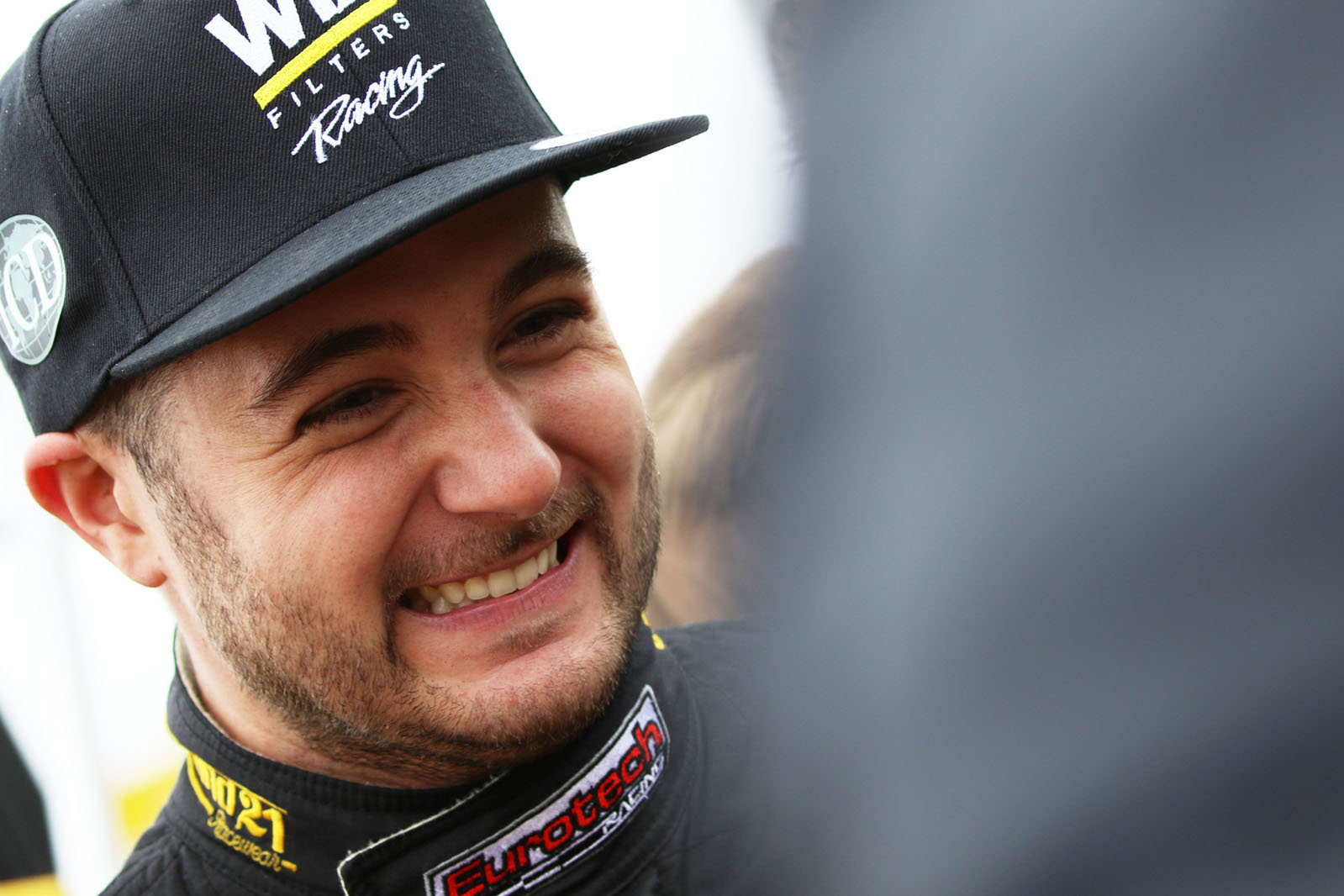 “My generation grew up watching it on TV. When I started karting, I thought of F1, but you have to look at the reality: it costs £50 million just to get there. With touring cars, there are more opportunities if you don’t have the money; my parents cashed in their pensions to buy my first car.”

“Paul O’Neill crying when he took his first win [at Oulton Park in 2002]; that still gives me nightmares!” 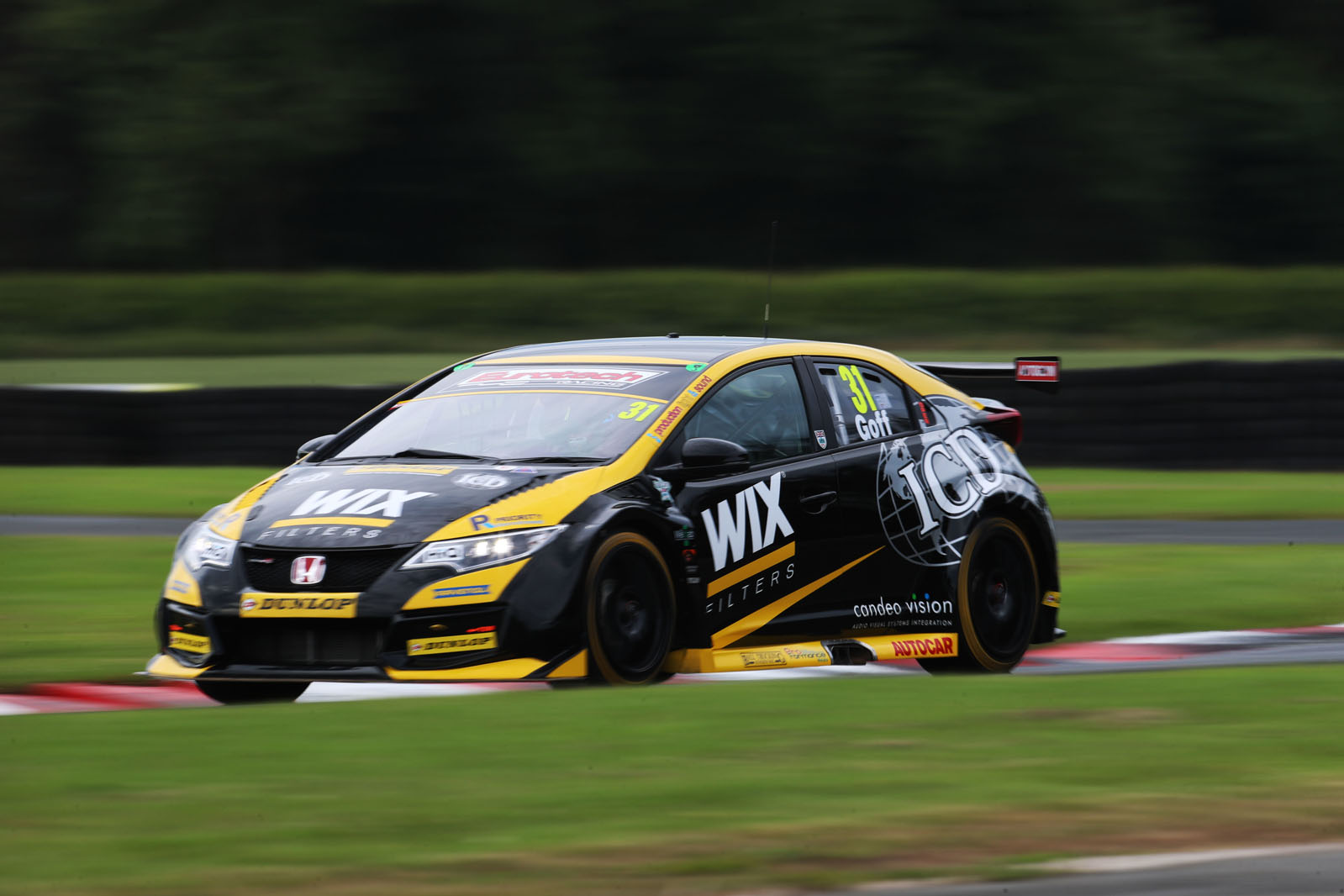 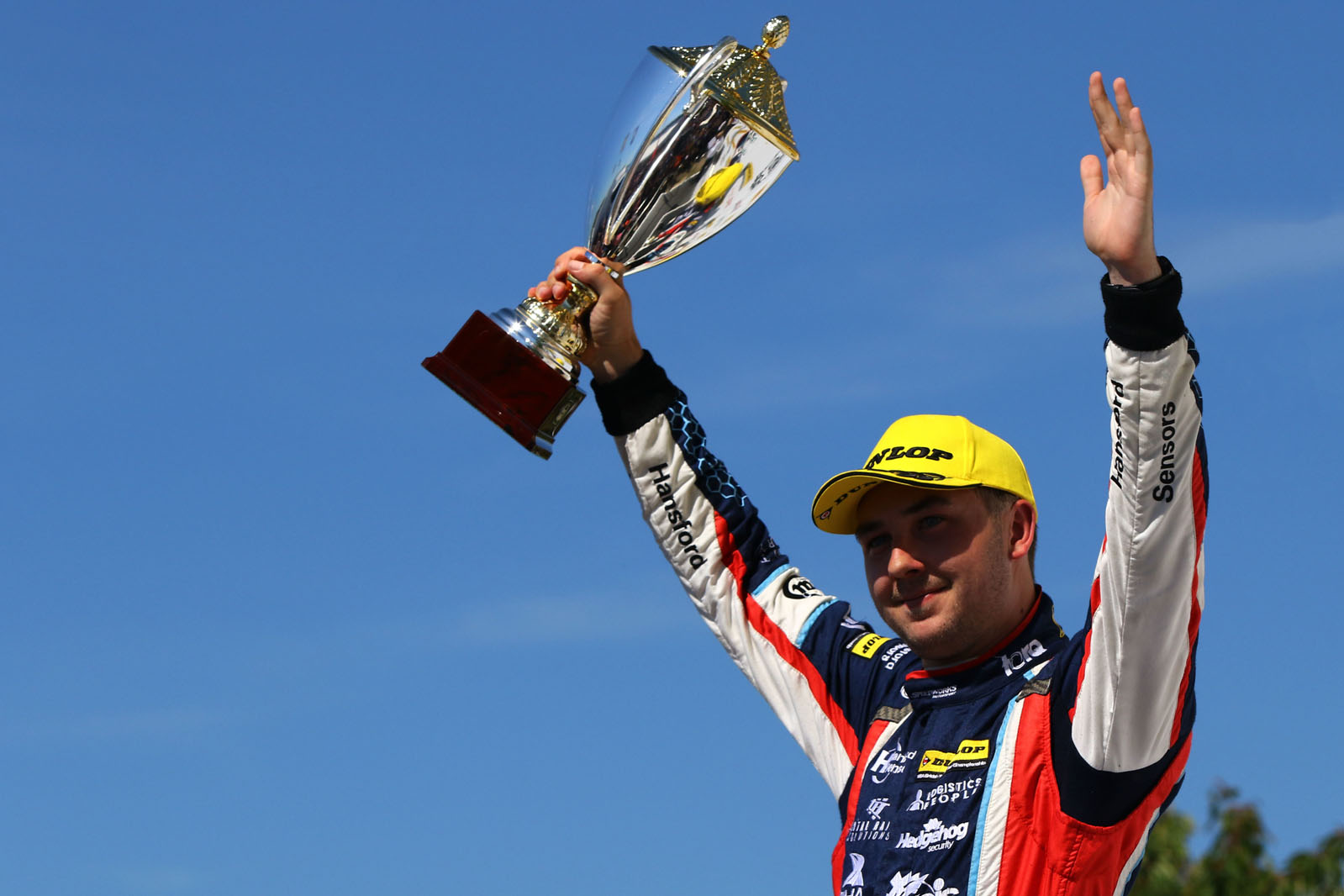 “It’s been a passion since I was five. I had the BTCC 1997 season review video and watched a race every morning before school. I used to watch F1, but it never really appealed.”

“Watching Matt Neal taking the £250,000 prize for winning as an independent driver [at Donington Park in 1999]. I wish they still had that prize...”

“Matt Neal. In my first BTCC race, he was next to me on the grid. That was a very cool moment.”

" Although the likes of Plato and triple champion Matt Neal, 51, are still the most high-profile drivers, at the time of writing, every race so far this year has been won by someone under the age of 30. " So your say James that I didn't see Matt Neal win at Thurxton back in May, or the 36 year old's Matt Simpson and Colin Turkington and 49 year old Rob Collard didn't win all 3 of the races at Oulton Park back in early June ?!? Thats 4 out of 15 won by the over 30 driver I know Autocar are a sponsor of the BTCC, which makes it more shocking that everytime someone on here writes articles on the subject there's always multiple factual errors!!