BACK TO ALL NEWS
Currently reading: Top 10 BTCC drivers of 2016 - Autocar's picks
UP NEXT
New 2022 BMW 3 Series brings redesign and tech upgrades

The 2016 season was another classic, with lots of action, drama and an unpredictable finale. We look back at some of this year's standout drivers
Open gallery
Close

It’s been nearly three months since the dust settled on the 30 door-handle-to-door-handle rounds of the Dunlop MSA British touring Car Championship. So before the cars rumble back into life for 2017, we take a last chance to reflect on a stunning season.

The title was decided by just two points in the very final race of the season at Brands Hatch.

Gordon Shedden took the victory for the second year in a row and the third time in his career to stand shoulder to shoulder with the championship’s greats. 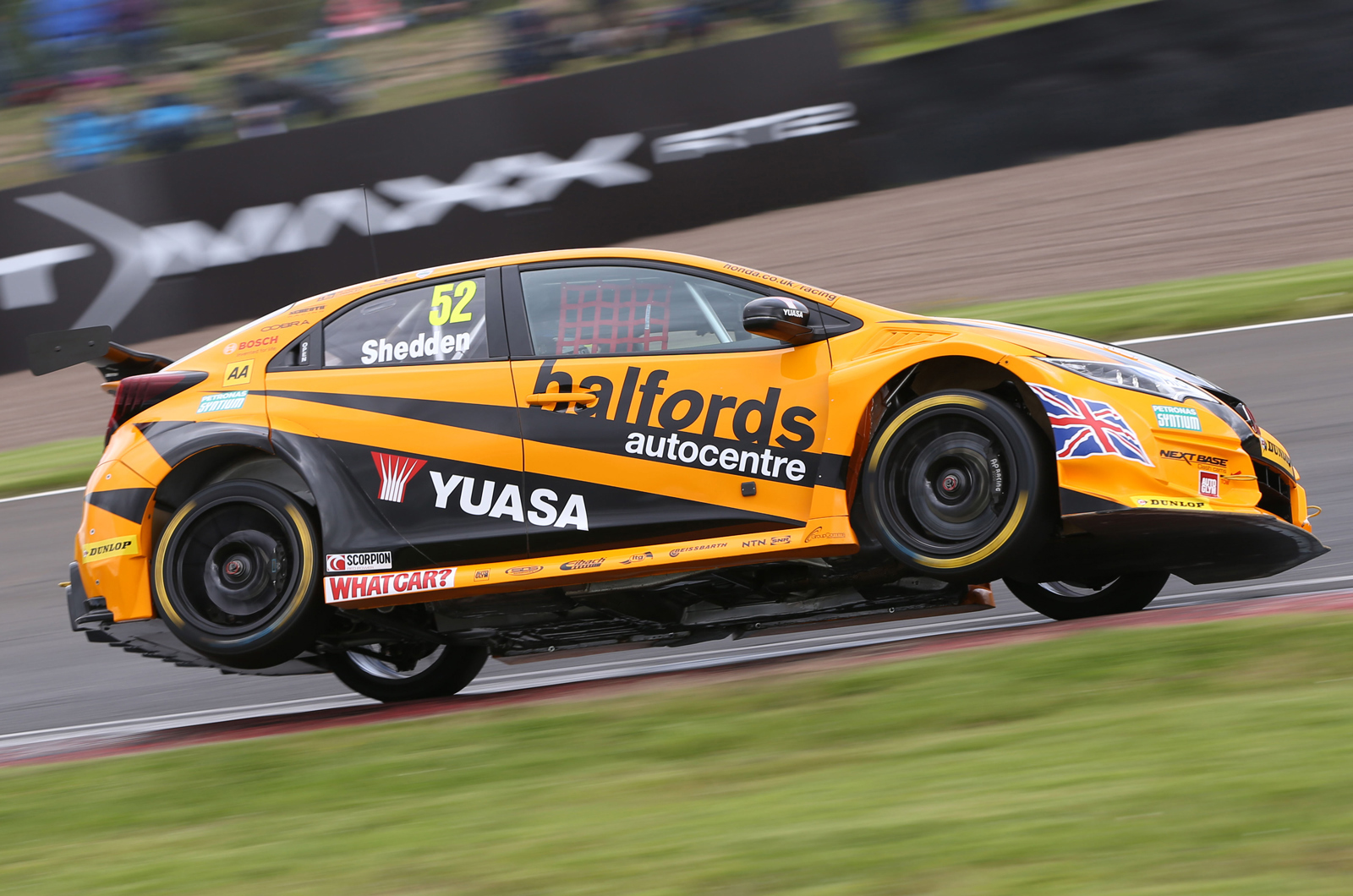 The reigning champion must have thought keeping hold of the silverware was a long way away when he slipped 52 points behind the top of the table at the halfway point. He rescued his season within 15 races with an average finishing position of fourth place. He sealed the crown by passing rival Sam Tordoff in the final race at Brands Hatch for third place. 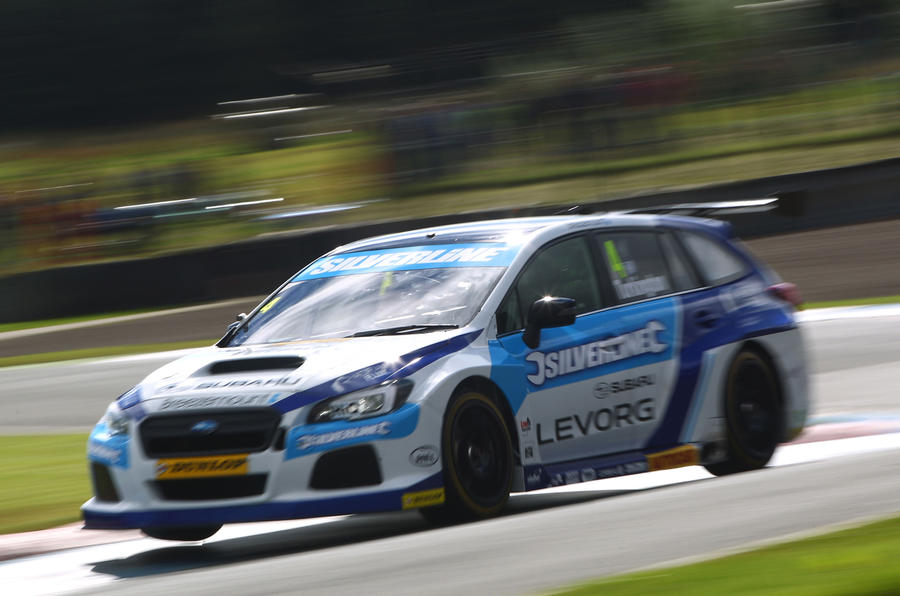 The Subaru programme was ambitious and it went through a difficult birth, including missing a round at Thruxton with a fuel rail problem. Once a new inlet manifold came on stream in June, Turkington flew. He took the car’s first pole and win at Oulton, and then went on to four more wins to thrust himself up to fourth in the points. He's a superb, classy racer who worked hard to unlock the secrets of the car. 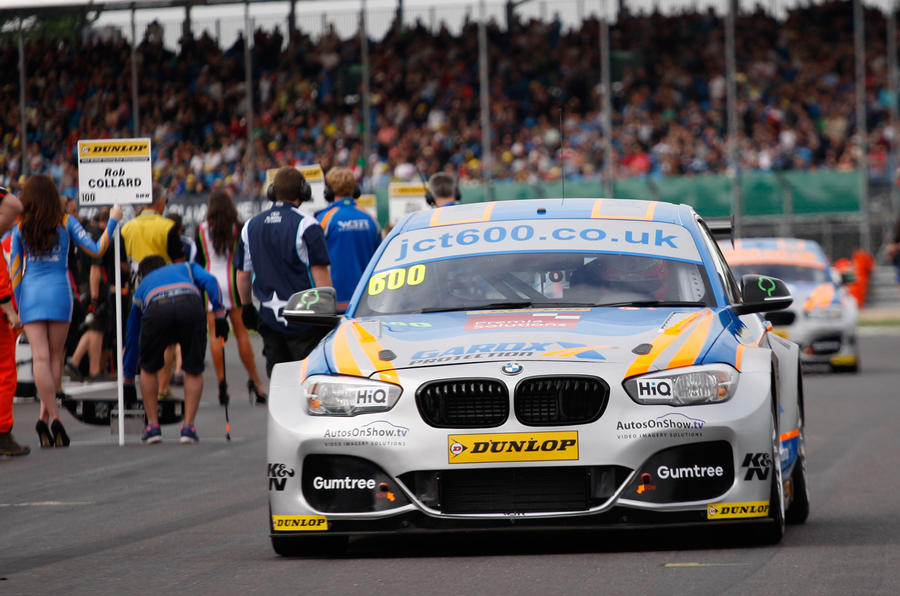 In only his fourth season at this level, Tordoff stepped up to the plate in 2016. The team developed the engine over the winter and added direct injection and variable valve timing to the powerplant. Tordoff was the model of consistency over the opening part of the year. Others started to close over the run-in and Tordoff narrowly lost out on a maiden crown. He handled himself with dignity in the face of defeat. 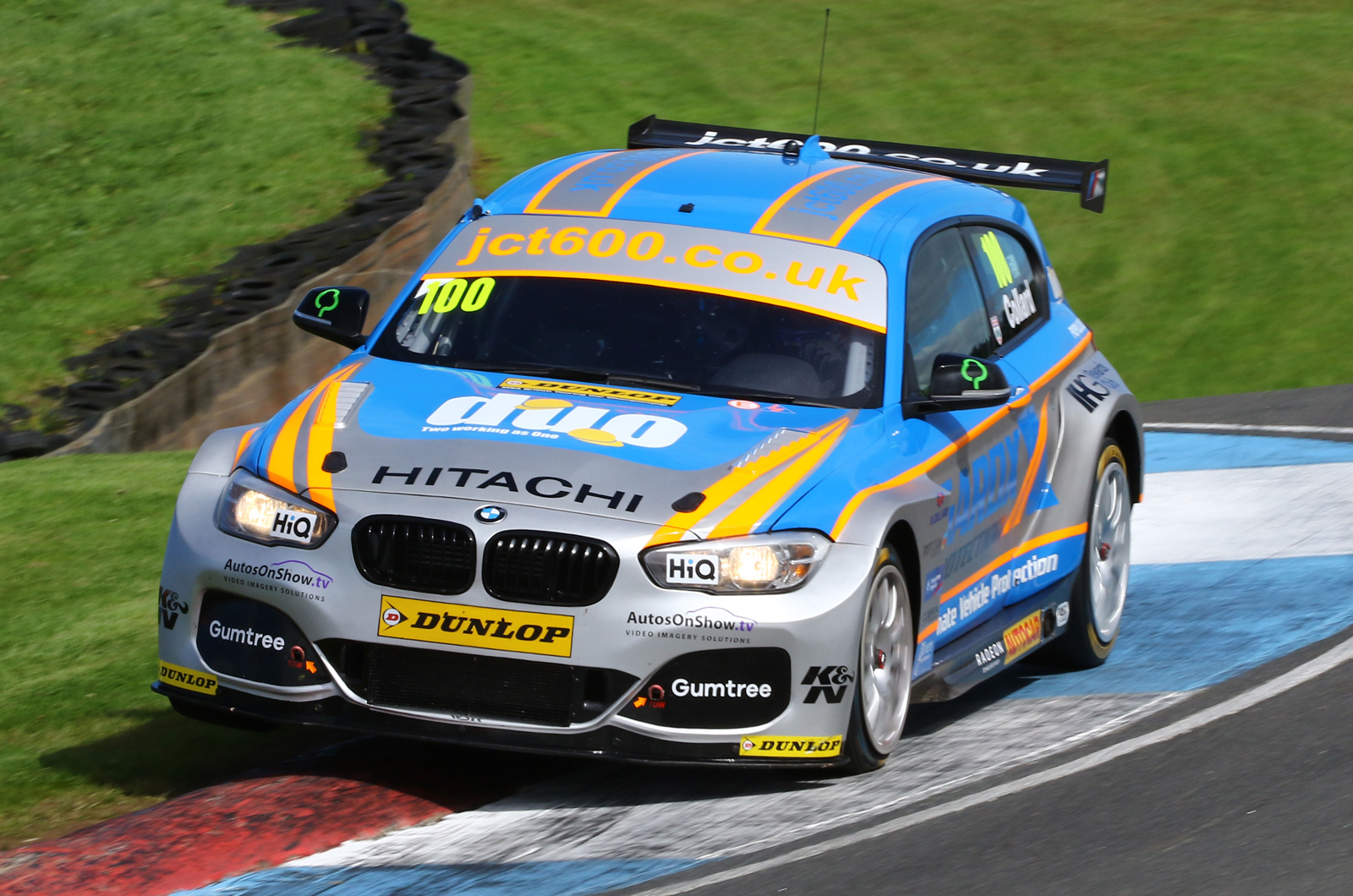 The most stunning statistic for Collard is that his average qualifying position is worse than 16th. That meant he had to put in some stellar drivers with plenty of overtaking – indeed, he won the Dunlop Forever Forward award for the man who passed the most cars during the season. He put that struggle down to difficulties with set-up, but it didn’t take away from his stunning Sunday showings. 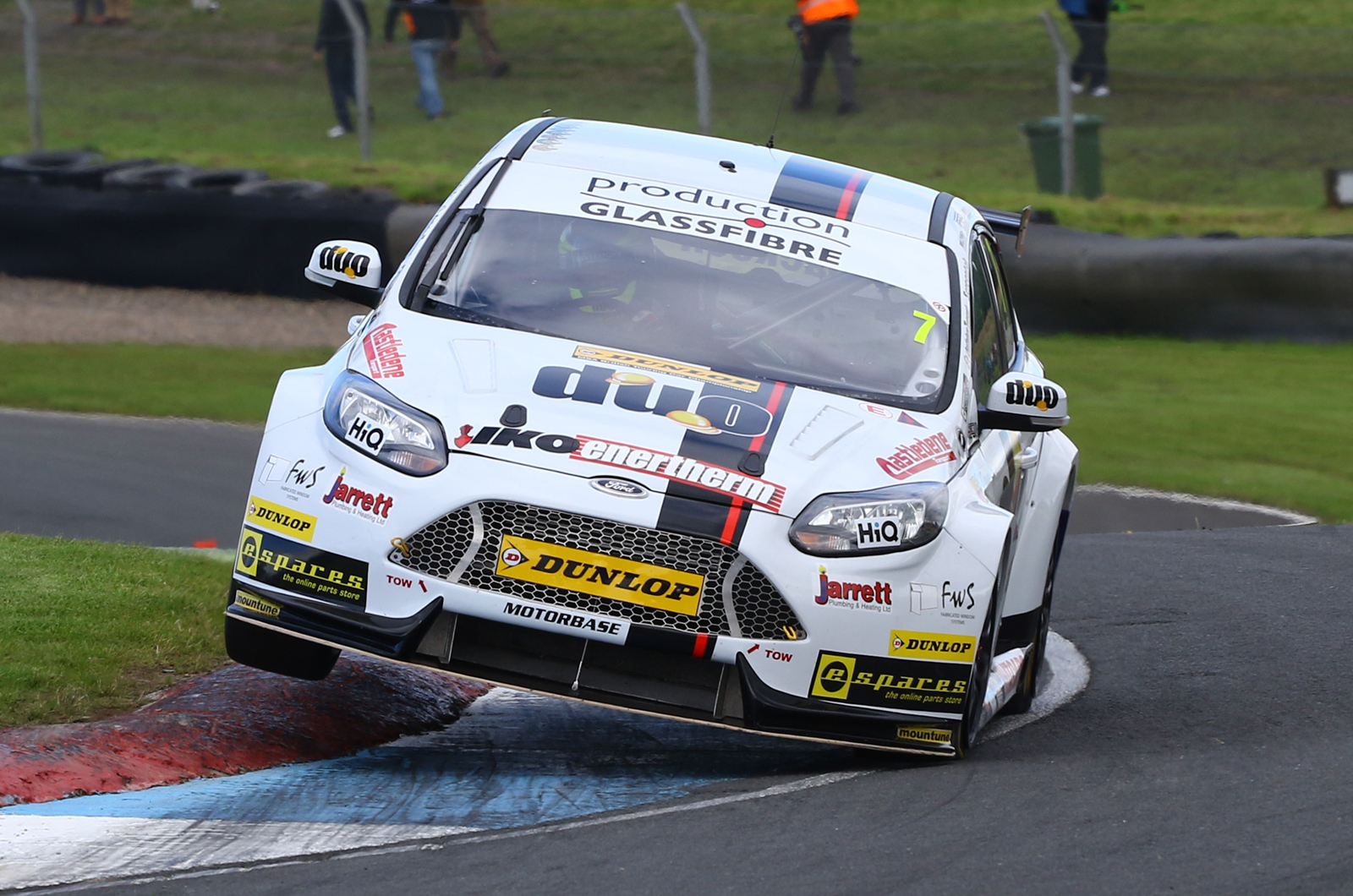 Jackson was the dominant force over the latter part of 2015, but rule makers pegged the car back and it was more of a struggle this season. There were occasions where the points when begging – such as a puncture at Thruxton and an ECU failure at Snetterton – which could have made all the difference. The car got faster over the latter half of the season, but it was too late for a title charge. 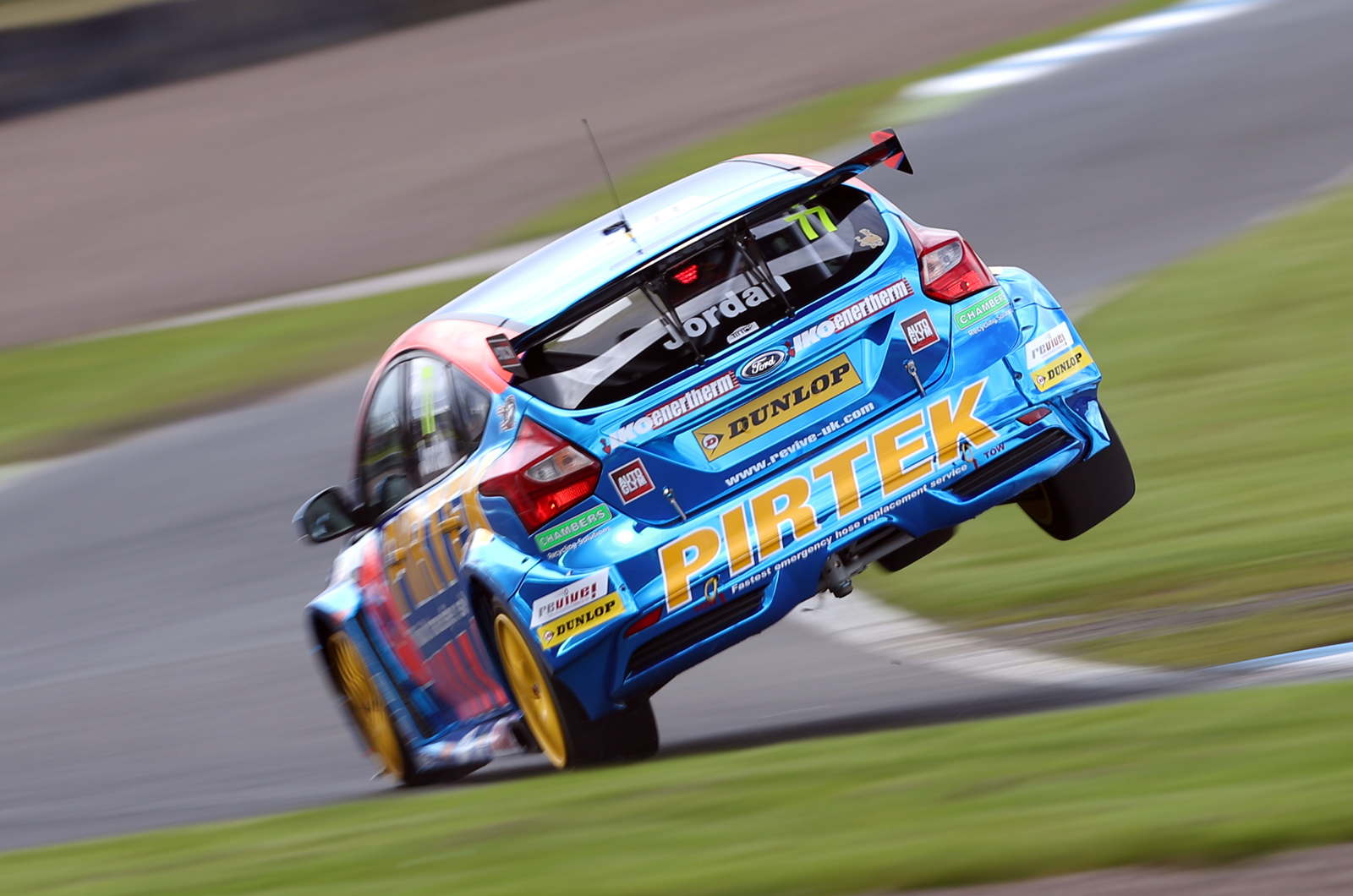 Jordan switched to his third different car in three years and took his tight engineering team with him. They conducted a lot of pre-season testing to refine the car, but suffered some real misfortune over parts of the season. When things did click together, like at Silverstone at the end of the year, Jordan was the highest scoring driver over the three rounds. He managed to claim the Independents Trophy. 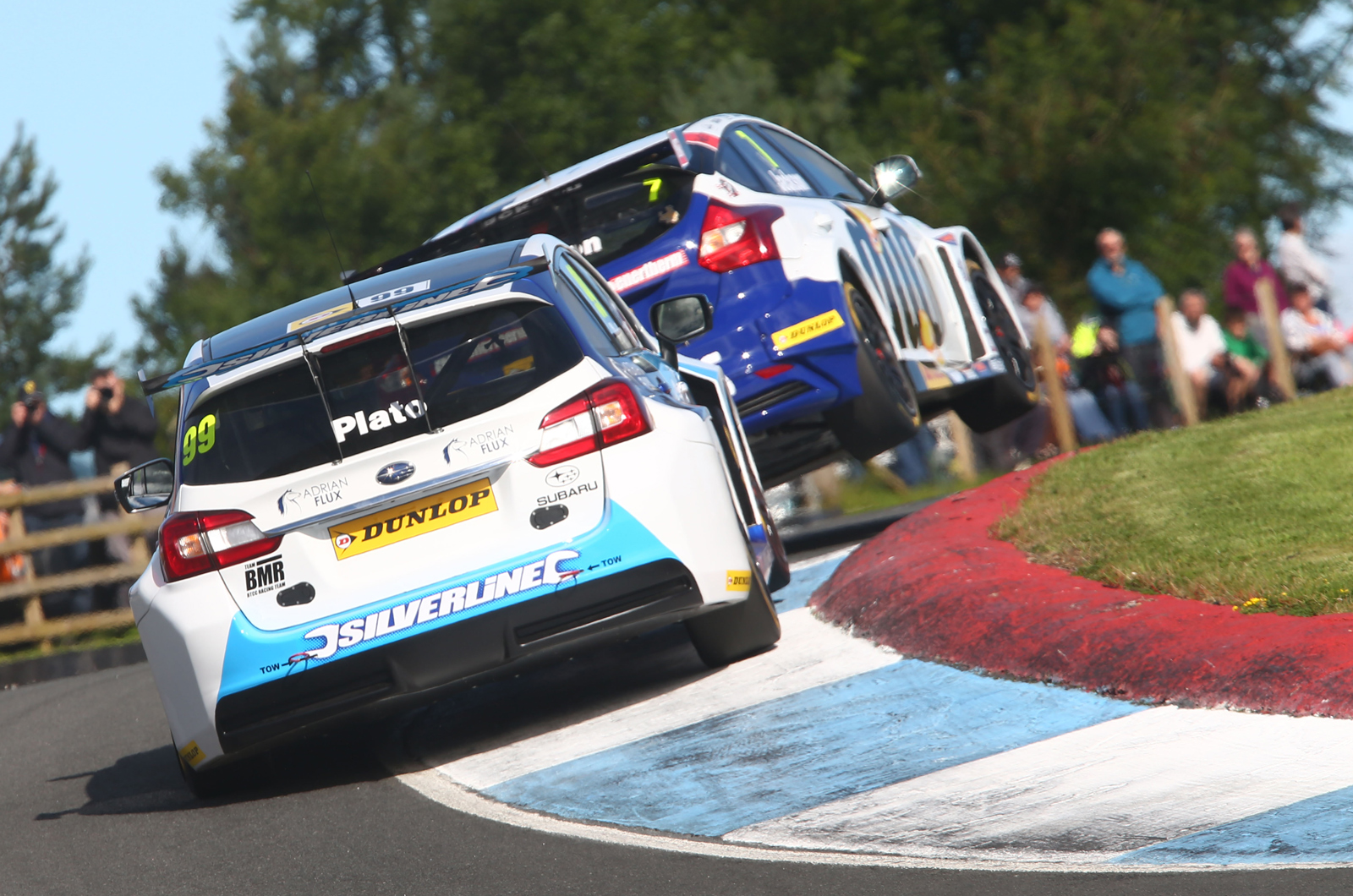 Plato was one of the major players behind getting Subaru into the championship in the first place, and was delighted with the boxer-engined Levorg GT. After the initial teething troubles had been ironed out, he was fast and scored as many podiums as anyone else during the year. The highlight came at Knockhill, when the old master won his 500th race in the series. With a year’s learning in the car, he will only be faster in 2017. 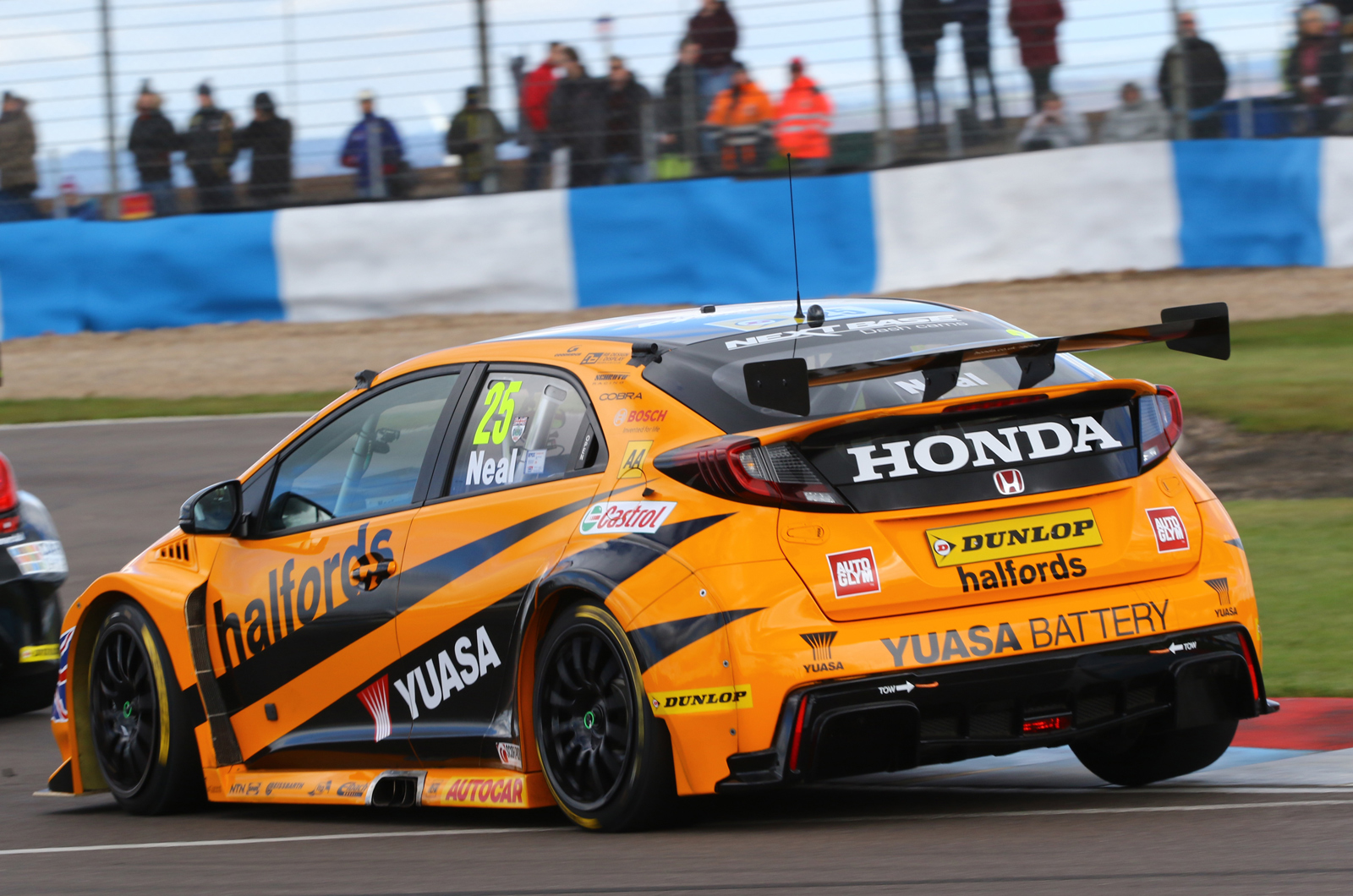 Neal used his guile over the opening half of the season when, because he was fully laden with success ballast, he mapped his weekends out to work towards success in the final race of the meetings. That worked perfectly up until the halfway point of the year, when others hit their stride. He ended the season in the medical centre after a race two shunt at Brands Hatch, which was a cruel blow. 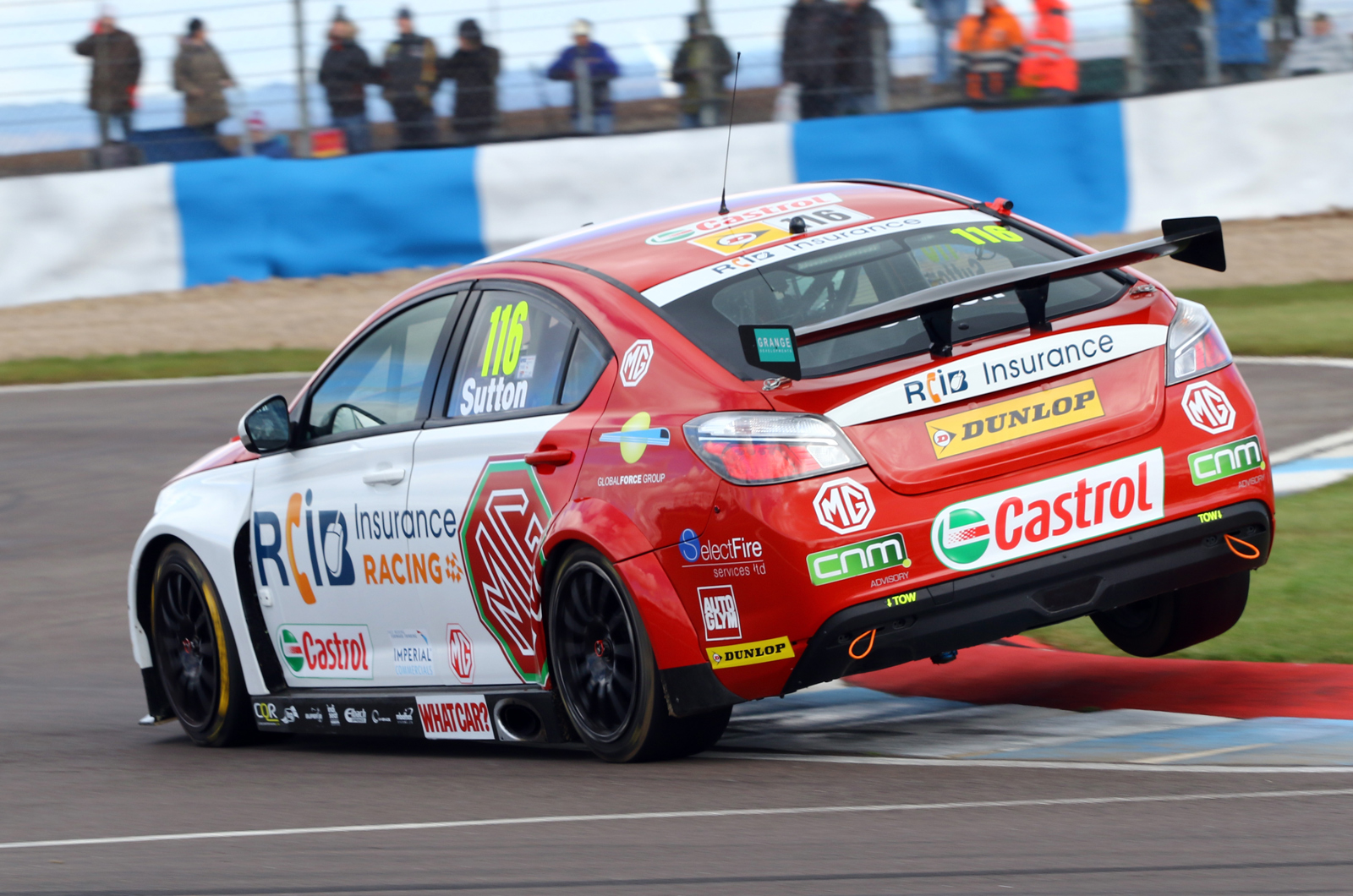 In his first season in the category, Sutton was stunning. His superb car control and aggressive racecraft are perfectly suited to the BTCC. He took a pole position in his second meeting and won his first race by the fifth meeting in the MG6, which is hardly the newest of designs on the grid. He went on to dominate the Jack Sears Trophy for rookie drivers and has marked himself out as a star of the future. 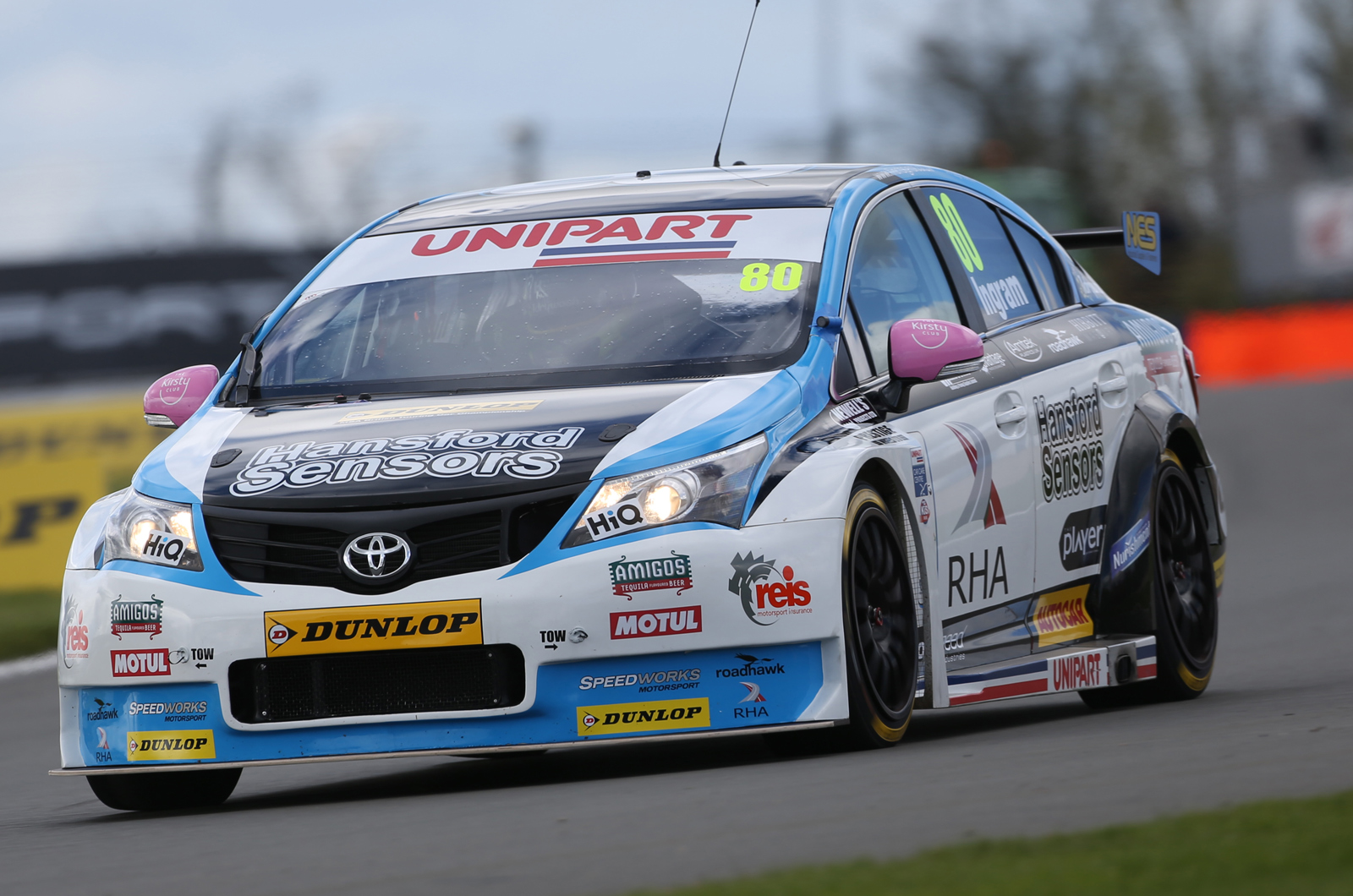 Ingram made a breakthrough in 2015 when he took two podiums and kicked on immediately with a victory in the opening race of the year at Brands Hatch, which he took under real pressure from Shedden. He had difficulty stringing three solid results together across the weekend, but ironed out that blip as the year went on. He took two poles, too, to underline his pace, and he should push on to be a title contender in the 2017 season.

Factczech..
you logic makes no sense.. BTCC cars are entered with certain regulations and specs.. otherwise each anufacturers woud race with .. say Honda with Typr-R, BMW with M, Volvo with Polestar, Ford with RS, Audii with S etc..
Since it is not.. i.e. parts and engines have to conform to BTCC standards and regiation then.. comparisons are fine.. and succesfu teams are fining that little edge of others..
Factczech 24 December 2016

Having looked at the top 10 I would agree to a degree but not in the same order- at least not for Matt Jackson, he has demonstrated that the Focus is punching way above its weight in this field and yet he was rated only- 5th?

The Civic is the top spec for that model, the BMW also with its M, so too, is the MG, and Levorg, only the Focus is fielding the second best model in the ST, surely it's time they field an RS here?

My second point for Matt being underrated here is his massive, advantage in laps led.. surely this should not be overlooked if we are to judge this based on performance?

Well done Matt and also to the Motorbase Ford team... it is hard for Autocar to rate a Ford above their cronies.....