BACK TO ALL NEWS
Currently reading: Le Mans 2018: how the new Aston Martin Vantage GTE was created
UP NEXT
2025 Mercedes A-Class EV to be luxurious EQ entry point

The British firm's new racing machine, which will fight for GTE class honours in the 24-hour race, was developed alongside the Vantage road car
Open gallery
Close

On the same day that it pulled the covers off its new sports car, it also unveiled the Vantage GTE, the racing version that will tackle this weekend’s Le Mans 24 Hours.

Launching the cars together wasn’t just symbolic: it was a sign of their entwined development. While Aston Martin’s development team at Gaydon crafted the road-going Vantage, the Prodrive-run Aston Martin Racing (AMR) in Banbury was working on the track version.

The previous-generation Vantage V8 GTE, which ended its Le Mans career with a class victory in 2017, was essentially a compromised design. The team had taken an existing road car and done their best to make a GT racer out of it. Launched in 2012, it was an evolution of the old Vantage GT2 racer that dated from 2008, which was in turn based on the road car launched in 2005. 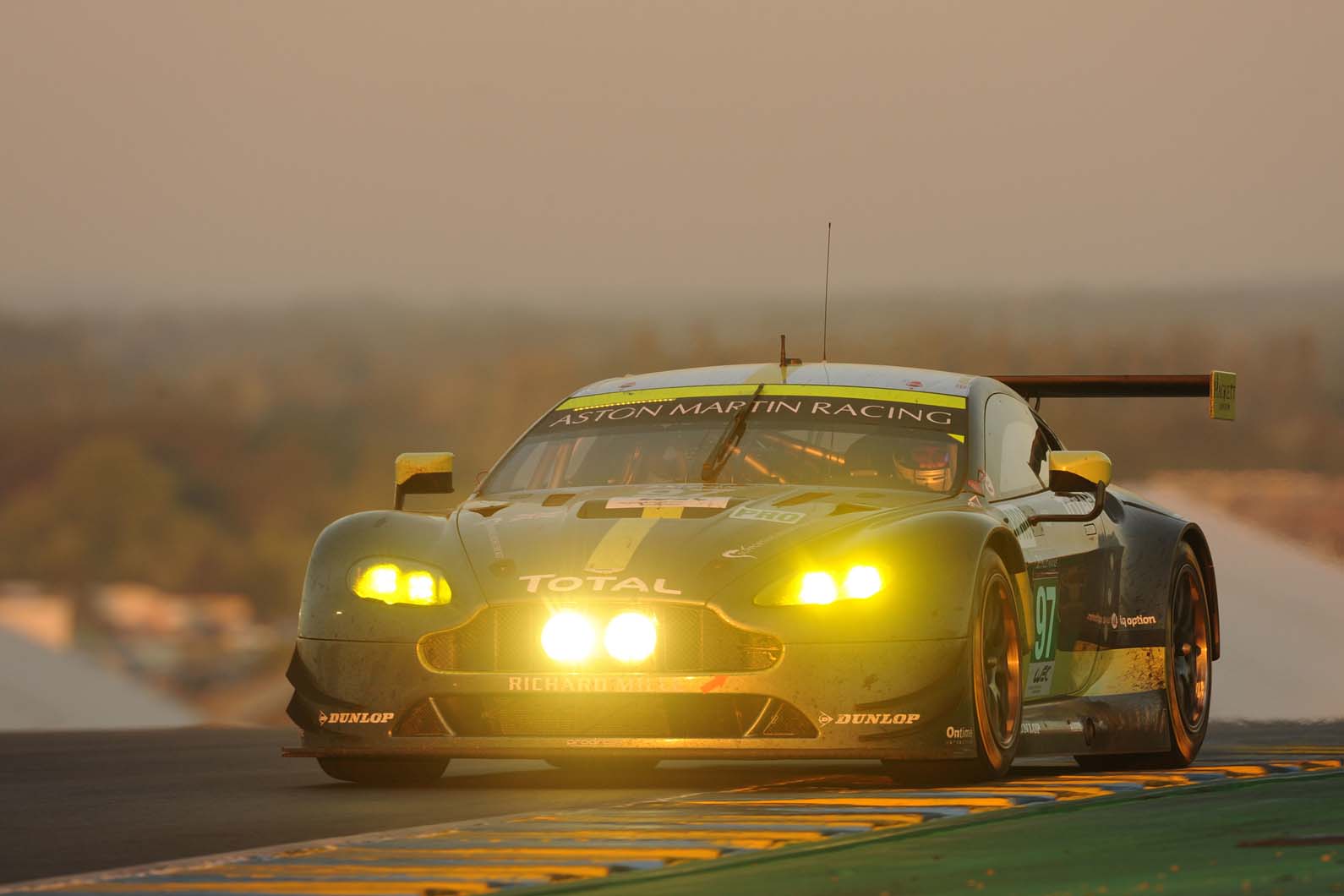 Since then, the face of the GTE class has changed. Rival cars – most notably the Ford GT – have subverted the rules by essentially being developed in reverse: design the racing car first and then make a road-going version to satisfy the rules.

In pictures: crazy cars that went from race track to road

The Vantage GTE isn’t quite that extreme, but the philosophy is similar. “To succeed in GT racing now, you have to develop the racing car at the same time as the road car,” says Dan Sayers, AMR’s technical director. “We didn’t have a huge influence in the design of the road car but we spent lots of time at Gaydon with the road car team. Having visibility of the design at a far earlier stage than usual meant we could understand the construction of the car far better. That was a massive benefit. We could do all the design analysis early on and then really work on the optimum solution for structural parts, aerodynamics, bodywork and so on.”

That access changed the way Sayers and his team worked. They spent far longer on the car’s design phase, particularly working on aerodynamics and packaging.

“When you start with something that exists, it’s difficult to re-engineer and optimise it,” says Sayers. “We had a chance to focus on the details, such as making sure everything was positioned as low as possible in the car to lower the centre of gravity. “We focused a lot on increasing downforce through aerodynamics. Obviously, how the racing car looks is very important for Aston. They want it to relate to the road car, while our guys are focused purely on performance. So we worked closely with them on the aero and ended up with something that looks great and has no compromise on performance.” 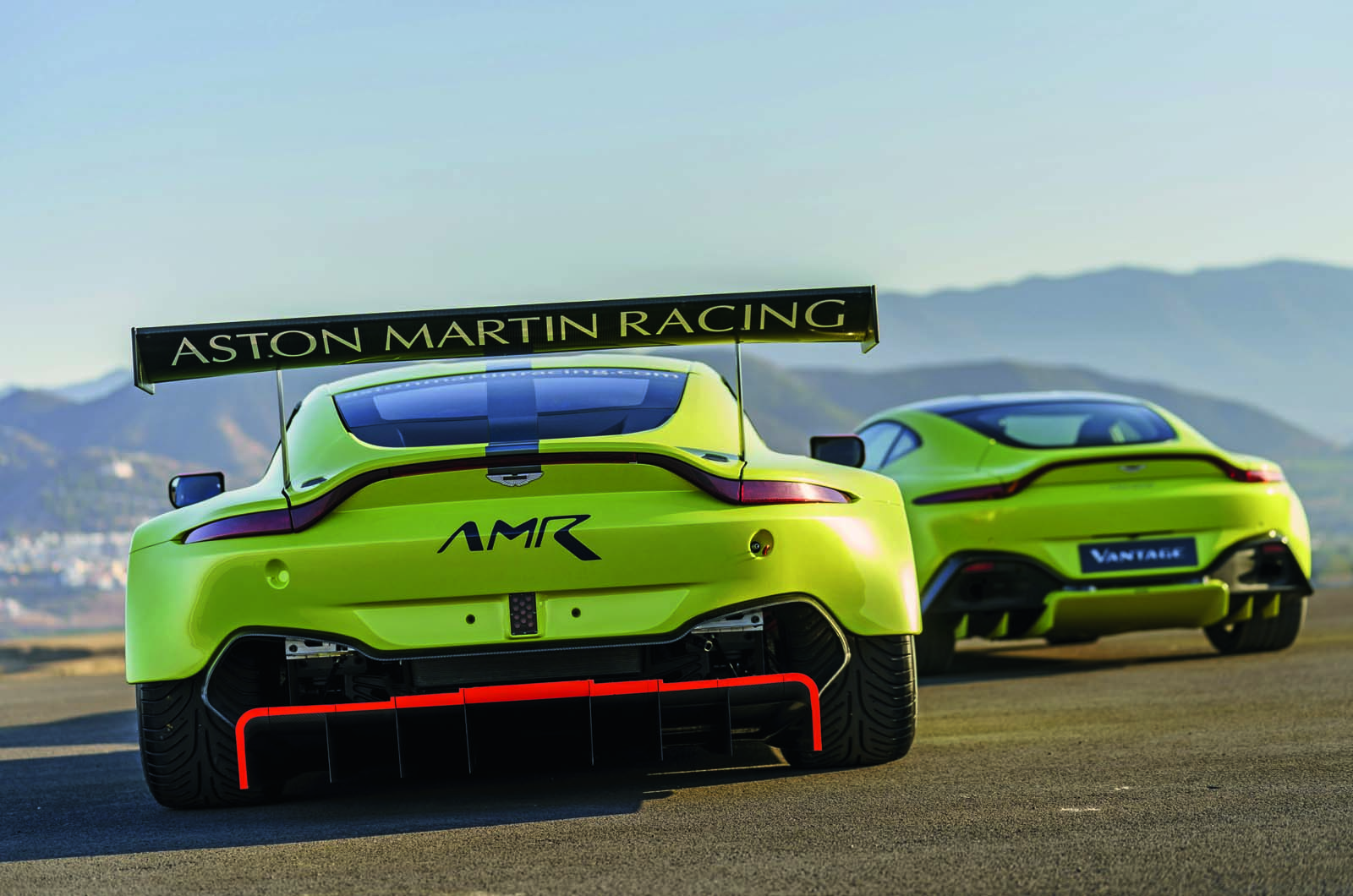 The development crossover didn’t just extend to the aero and packaging. The Vantage GTE uses a tuned version of the road car’s Mercedes-AMG 4.0-litre V8, complete with bespoke turbo, driven through a six-speed Xtrac competition gearbox.

Having taken victory at Le Mans last year, the old Vantage wasn’t exactly uncompetitive when it retired, helped by the Balance of Performance regulations that level the competition between disparate GT cars. But the team couldn’t rely on them to remain competitive and the new car has been designed to ensure a long future in the class.

“With the previous car, we were at the limit in terms of engine power and reducing weight,” says Sayers. “The new car is an improvement already – and gives us a load more head room for the future.”

I love endurance racing because it shows that the manufacturer can build something that is fast AND durable. The sad part to me is that the engine -- a rather important part -- isn't an Aston engine anymore. I loved watching and LISTENING to the "old" Vantage race -- that wonderful sound was an Aston engine's sound, and its success said a lot about the company and the car. The new one's sound isn't an Aston engine's sound, so I'll get no joy whatsover from hearing it. In fact, it will make me sad, and it won't say anything at all about Aston's ability to build a competitive race engine -- because it isn't.

The previous Vantage must surely be regarded as the greatest GT racing car ever. It won numerous races and championships, especially in the WEC, and despite being around for 10 years or so it also saw off numerous newer cars too like the Ford GT, Ferrari 458 and 488 and the 997 and 991 versions of the 911 RSR.