BACK TO ALL NEWS
Currently reading: Formula 1: new cost cap and standardised parts to improve racing from 2021
UP NEXT
Spending 48 hours touring in a Ferrari Roma

Formula 1 could introduce a cost cap and enforce the use of standardised car parts in a bid to reduce spending and make the races closer.

In proposals intended for introduction from 2021, F1 CEO Chase Carey (below) said ahead of this weekend’s Bahrain Grand Prix that F1 needed to “preserve, protect and enhance” in order to become “the world’s leading sporting brand”.

At the heart of his proposals is a reduction in costs, which includes simplifying the complicated power units used by current F1 racers. Today’s cars combine a turbocharged 1.6-litre V6 engine with a complex energy recovery system, but the new proposals suggest using less complicated hybrid powertrains that are louder.

“It must remain a road relevant, hybrid and allow manufacturers to built unique and original power units,” the official statement says, before emphasising the need to improve reliability so grid penalties aren’t so widely used as they are now. 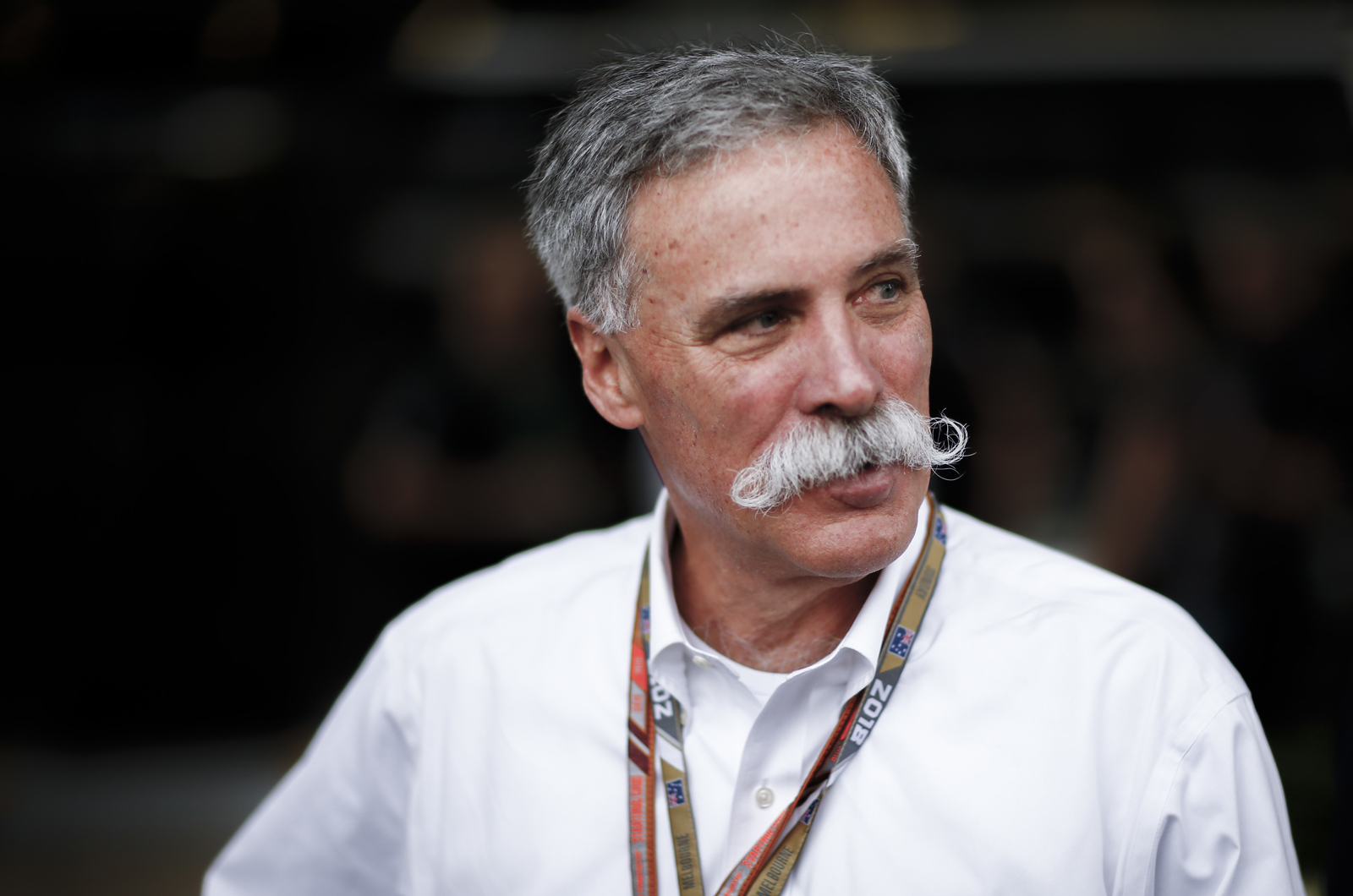 That has already encouraged Aston Martin CEO Andy Palmer, whose company is a partner to the Red Bull Racing team, to speak out in encouragement. He said via his Twitter account "We are extremely pleased to hear today’s news regarding the future of Formula One. These prospective changes support many of the requirements needed for Aston Martin to enter the sport as an engine supplier. This is a very positive step in the right direction".

Engine builders are also called upon in the statement to produce power units for customer teams with “equivalent performance”, suggesting any factory advantages could be banned in the regulations. Currently, the sport has four engine builders, Mercedes, Ferrari, Honda and Renault.

Along with a cap on overall costs, Formula 1’s governing body proposes the addition of standardised parts to help reduce development expenditure. “Car differentiation must remain a core value”, the statement says. “We believe areas not relevant to fans need to be standardised.” 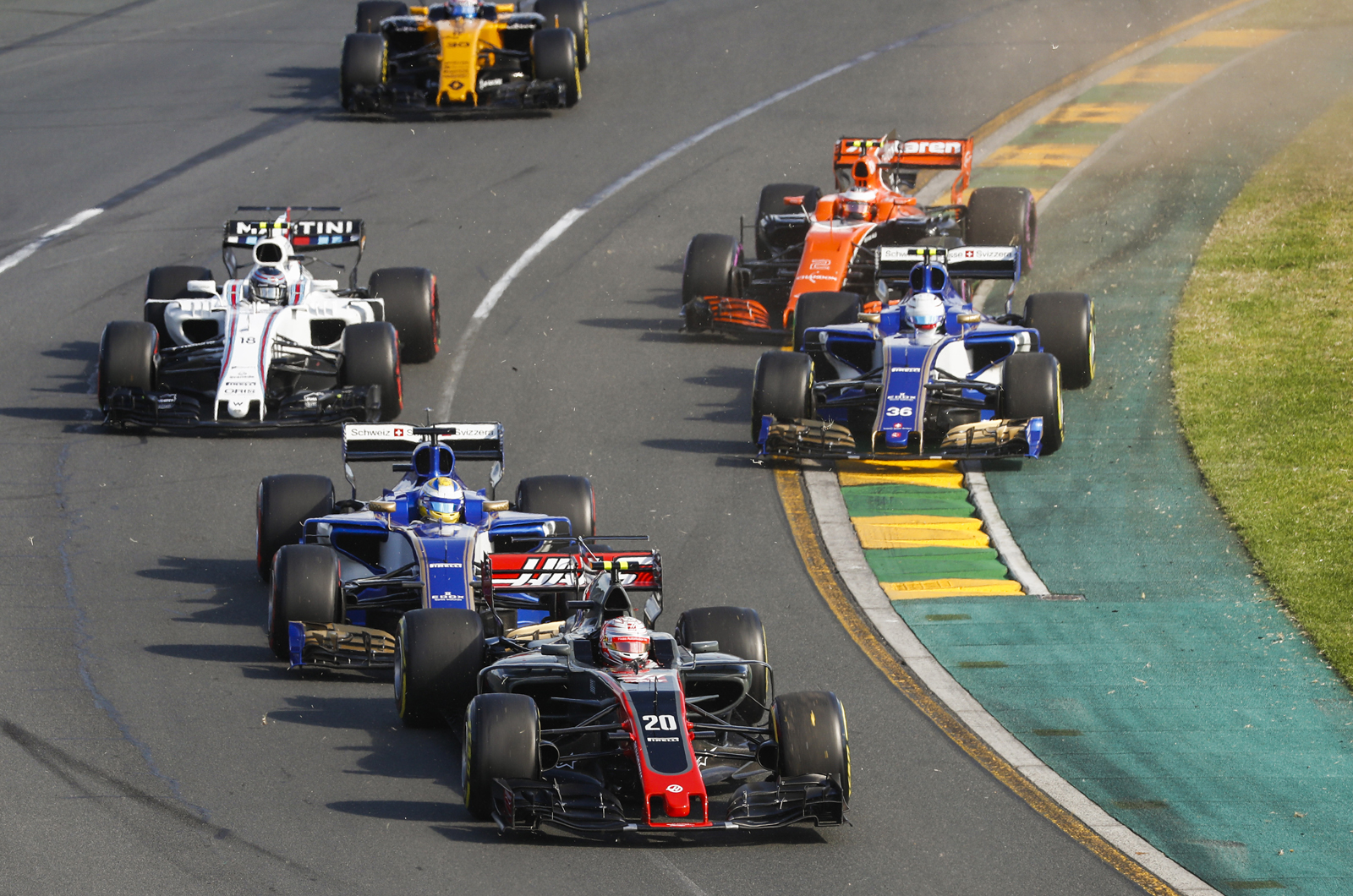 The cars themselves would also be altered in the new plans. The proposals say cars should be “more raceable to increase overtaking opportunities”. Although the statement does not go into further detail, it suggests the high downforce levels of today’s cars could be lowered.

This echoes intentions voiced by F1 managing director Ross Brawn, who has previously stated his desire to do away with today’s Drag Reduction System (DRS) by creating cars that can follow more closely and overtake without its assistance. A likely route to achieving this would be to reduce downforce and increase mechanical grip. Changes to the way prize money are distributed are also called upon, with proposals for a more balanced system than today’s hierarchical system. The statement says it must be “based on a meritocracy of the current performance and reward success”. At the end of the last season, the prize money split between the 10 teams was $273million (about £195m), which was 13% lower than 2016’s $316million about £226m).

Ford motorsport boss: no Formula 1 until costs come down

F1 owner Libery Media has set goals to make the sport more appealing to new brands, and these latest proposals appear to be designed with this in mind. But internal and external pressures could see them adjusted before implementation. Ferrari boss Sergio Marchionne recently told Autocar that if it did not agree with changes implemented by F1's owner, Liberty Media, it could leave the sport entirely.

Please take off ugly panties, and strictly enforce this for all teams. "Don't make ugly machines!"

And please be fired Hermann Tilke. Destruct the boring track and let's return to a more exciting design.

These are the two reasons why I lost my passion for F1. An ugly machine. A boring track.
Of course there are many reasons besides that.

I haven't followed F1 for a while because its become a boring little sport that no longer has any characters in it, just engineers and teen drivers with the personalities of sponges.

Watch one of the classic races from the 60s, 70s, 80s or even 90s and you see heroes out on the track throttling the life out of cars that could just as easily kill them as win them races. Nowadays there its all science, clean rooms, computers, race management and boring, dull and boring again.

I honestly think that the sport has lost its soul and is unlikely to find it again any time soon without going back and refinding its roots in simplicity so that smaller teams do stand a chance of upsetting ther big teams' apple cart.

Perhaps the cars should be able to fire green turtle shells and drop bananas on the track to increase overtaking opportunities? Maybe they could get a speed boost on the starting line for pressing the accelerator at the right moment? Or maybe the drivers could score extra points for drifting round corners?

Or maybe we could just skip all this gimmicky rubbish and focus on seeing who can build the fastest car...