BACK TO ALL NEWS
Currently reading: Australian Grand Prix reflections: how Vettel snatched victory
UP NEXT
Official: Ford Bronco 4x4 coming to Europe in 2023

How a badly timed safety car and computer error cost Hamilton a season-opening win, plus other key takeaways from Melbourne
Open gallery
Close

Ferrari’s Sebastian Vettel took advantage of a mid-race safety car to take an opportunistic victory ahead of reigning champion Lewis Hamilton in the Australian Grand Prix.

The German initially ran third behind pacesetter Hamilton’s Mercedes and Ferrari team-mate Kimi Raikkonen. He took the lead when both pitted, and then made his stop under a virtual safety car, emerging just in front of Hamilton.

It was the second year in a row that Hamilton started on pole in Melbourne but lost out to Vettel; in 2017 he lost out after getting stuck behind Max Verstappen.

Here are some of the key takeaways from the Australian Grand Prix.

1: Mercedes is still the team to beat – but it’s close

Ferrari may have won, but even Vettel admitted he was “a little bit lucky” to snatch the win.

Until that point, Mercedes had shown ominous form. Hamilton set a new track record in qualifying and was controlling the gap to Raikkonen in the race – until the virtual safety car.

Despite that, Hamilton was unable to pass Vettel on the tight street circuit in the final portion of the race. Vettel admitted Ferrari “wasn’t quite there” with its car, but added: “In the last stint, we had enough pace to stay ahead.”

Opinion: why (start) times are a-changing in F1

Mercedes said a computer error meant the team thought Hamilton had enough of a gap to cover a safety car pit stop by Vettel. That and F1’s overly complex safety cars rules distracted from the fact that Hamilton had a faster car and the use of three DRS zones, and still couldn’t pass Vettel. New-look F1, same old problems… 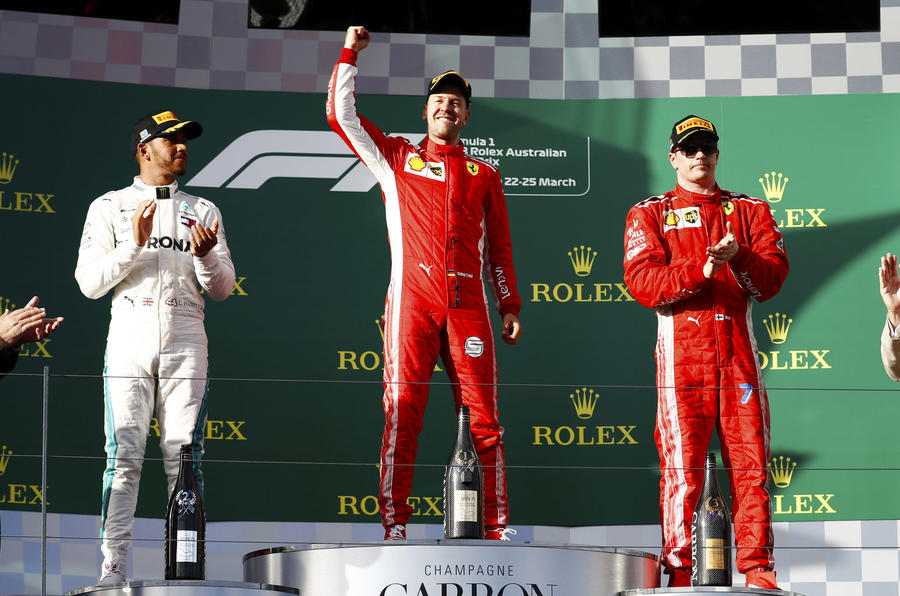 The Haas F1 team qualified sixth and seventh with Kevin Magnussen and Romain Grosjean. The team has engineering assistance from Ferrari, prompting McLaren’s Fernando Alonso to grumble the cars were “Ferrari clones”.

Turns out a fast car isn’t any good if its wheels aren’t fitted properly: both Haas cars retired straight after their pit stops with loose wheels, caused by two separate wheel nut problems.

“It’s unbelievable to have the same problem in two stops,” said team boss Gunther Steiner, adding: “Even if it’s not believable, it’s real. It happened.” 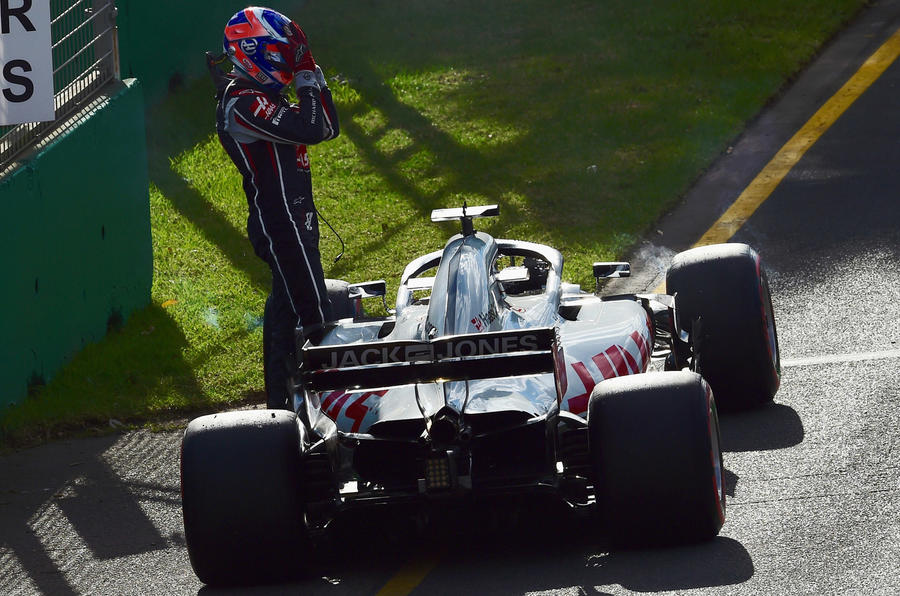 Red Bull showed that it was potentially close to Mercedes and Ferrari on pace, although a series of incidents masked its potential.

Max Verstappen felt a mistake in qualifying cost him a chance of lining up alongside Lewis Hamilton on the front row of the grid. He fell behind Magnussen at the start, then spun trying to pass the Haas. He finished sixth.

Team-mate Daniel Ricciardo was fourth in his home race, just behind Raikkonen.

4: The Halo takes some getting used to (but onboard cameras aren't helping)

There's no getting away from it: while the Halo device fitted to cars this year represents a major step forward in driver safety, it doesn't look great. It also hides the driver's helmet, making it harder to know which driver is which.

That said, like many F1 developments, we'll all adjust to it over time. However, you'd hope F1 bosses will find a way of adjusting the onboard camera that shows the cockpit, which is now dominated by the device. 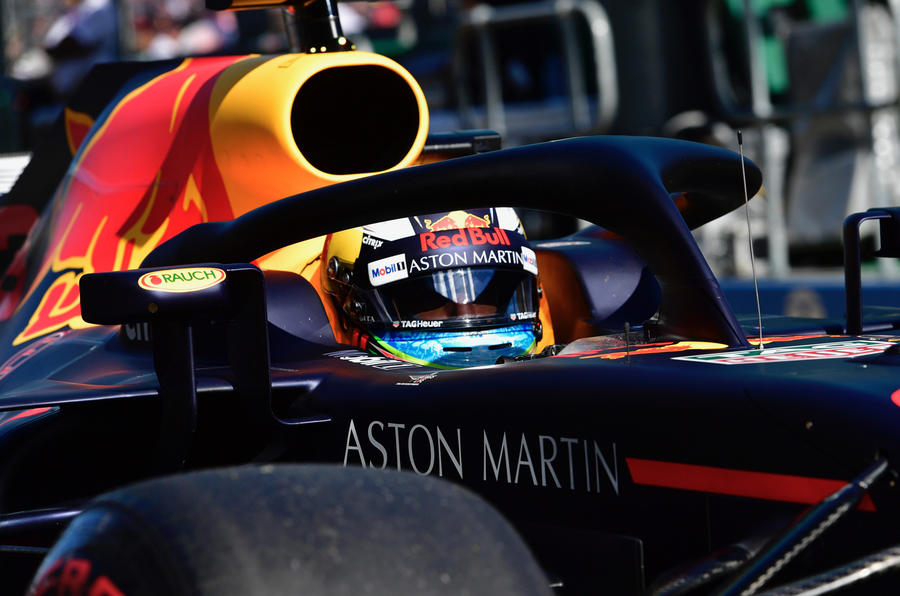 In its first race with Renault engines, McLaren appeared to have taken a step forward, with Fernando Alonso finishing fifth – matching his best finish during the team’s three-year stint with Honda engines – after a solid run.

While that is some way from the team's race-winning glory days, it is a confidence-boosting result for the season ahead.

F1 2018: Jolyon Palmer on what will happen this year

In contrast, Toro Rosso, which now runs Honda engines, had a tough race, struggling for pace – with Pierre Gasly retiring after a power unit failure. 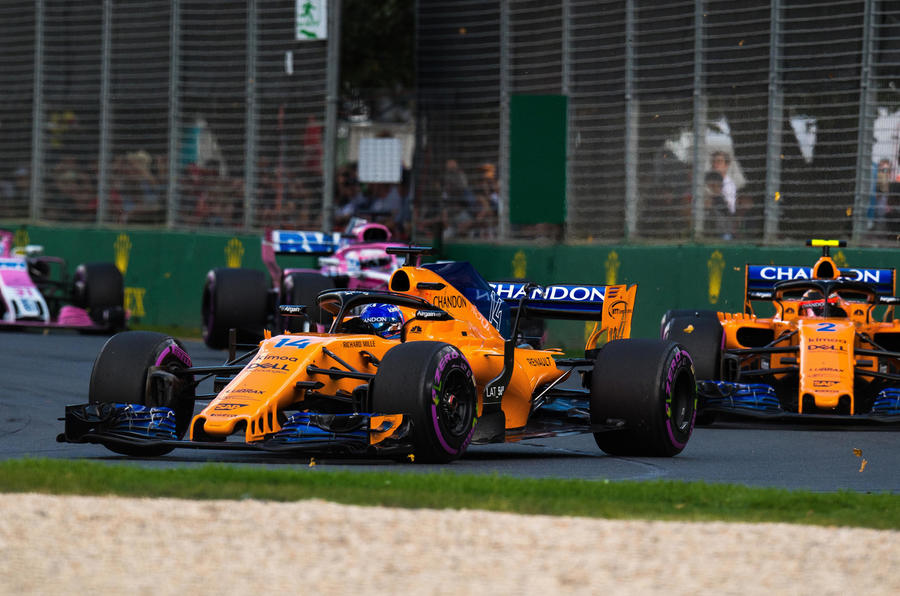 Renault works driver Carlos Sainz clung onto 10th spot, despite nearly vomiting in the closing laps. Why? Because of an errant pump on his drinks bottle.

Opinion: why (start) times are a-changing in F1

Whatever the unintended (or otherwise) consequences of the VSC on the result, the much bigger problem for F1 remains the inability to follow closely and overtake a competitor who's car has roughly similar performance.  Raikkonen couldn't get close to Hamilton, then Hamilton had the same problem with Vettel.  Consequently, yet another race is decided by pit stop strategy or dumb luck, rather than by driving skill.  The only fix for this is to dramatically revise the aerodynamic regulations so that following cars aren't hampered so dramatically by the "dirty air" from the car ahead.  I'm not holding my breath for this...

Hamilton didn’t win, he didn’t look like he was going to win the race,excuses excuses excuses, badly timed safety Car?! Badly timed for whom?, a wrong press of the keyboard?! Whose fault was that then?!, Vettel won the race because his team saw the opportunity and took it!

Hamilton didn’t win, he didn’t look like he was going to win the race....

I think he very much looked like he'd win, and would have if wasn't for the HAAS pulling over in a stupid place

On a more serious note I think Mclaren/Alonso were flattered yesterday, there was a queue of cars desparate to overtake at one stage!