Seat's new sporting sister brand is aiming to prove that EVs can be "fun", with a racing tin-top that uses a 65kWh battery pack
Open gallery
Close
Share story

Seat’s new Cupra brand has confirmed specifications of its all-electric 670bhp e-Racer, which has just completed its first shakedown on track.

The Leon-based rear-wheel-drive e-Racer features a 65kWh battery with 6072 cells (equivalent to 9000 mobile phones) and makes 402bhp of continual power, with a peak of 670bhp available. 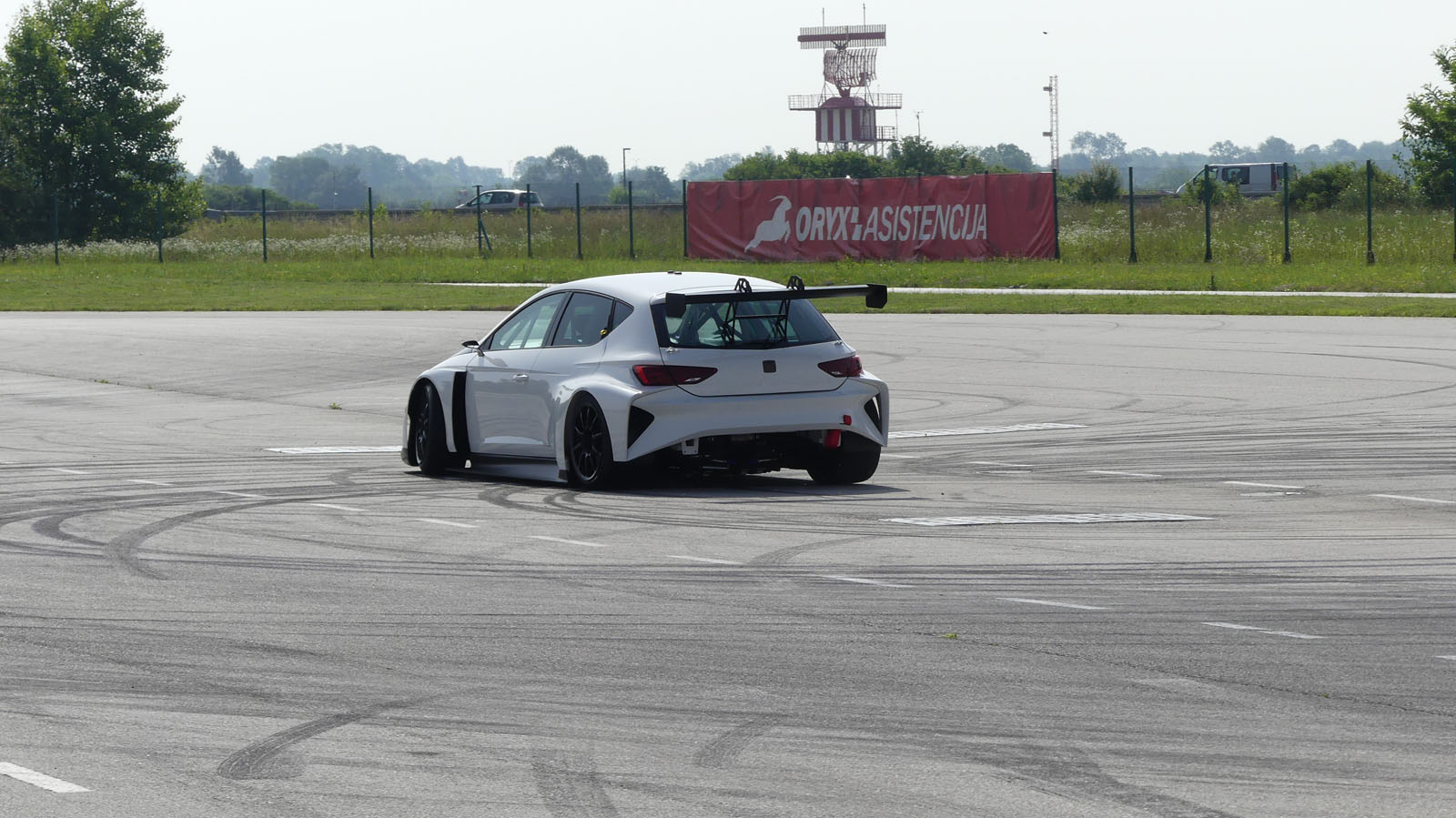 The car's chassis is based heavily on the existing Cupra Leon TCR touring car that races in this year’s FIA World Touring Car Cup and other championships. The e-Racer is designed to showcase a new E TCR electric category, which will be launched by category promoters at Geneva. No date has yet been given for when the category will begin.

Seat vice president for research and development Matthias Rabe said: “With the Cupra e-Racer, we want to bring racing to the next level. We believe we can help reinvent motorsport and achieve success. Motorsport is one of the pillars of Cupra, and we are proud of the team that is making this electric touring race car possible.”

Jaguar has previously revealed a racing version of its I-Pace SUV, which will compete in its own one-make series alongside Formula E from 2018/19. A non-works electric GT series for converted Tesla Model S road cars is also starting later this year.

De Meo added: “We thought racing should be efficient and clean, and by introducing a new and revolutionary car like this, we want to send an important message to the racing world. It is possible, it is spectacular and it is fun.”

The launch of an electric racing car concept ties in with plans by Seat bosses to use Cupra as a ‘technological figurehead’ that will bring electrified powertrains and other new technology into the Seat range.

Yes, Diesel race cars could be fun too, more torque at lower revs, cheaper to run....

And after all those years Diesel is about to die and not one memorable diesel race car comes to my mind.

Even if it barely breaks even (heresy). Sticking spiky badges on Seats ain't enough (unless you just want to be the equivalent of John Cooper). Now go back and dust off the Tango and Salsa then give us the 2018 iteration...