BACK TO ALL NEWS
Currently reading: Alfa Romeo back on BTCC grid with dealer backing
UP NEXT
Prodrive P25 is uprated Subaru Impreza 22B with 400bhp

Alfa Romeo back on BTCC grid with dealer backing

Alfa Romeo will return to the Dunlop MSA British Touring Car Championship grid next year, with the Handy Motorsport running a Alfa Romeo Giulietta in the series for race-winner Rob Austin.

Swindon-based Handy Motorsport has competed in the BTCC since 2014, running a Toyota Avensis. While the switch to the Italian marque does not have manufacturer support, the team has secured backing from the Alfa Romeo Dealer Council, a group that represents a number of the firm’s dealerships.

Austin, who joined Handy last season and is currently 12th in the 2017 points, said: “Driving an Alfa Romeo in the BTCC next season? It doesn’t get much more exciting, does it? The car is well suited to the BTCC regulations and we’re going to build a work of art as much as a racing car.”

The Italian firm hasn’t appeared on the BTCC grid since 2007, when a number of 156 tin-tops were run by privateer squads A-Tech and Quest Racing.

Alfa Romeo has claimed two BTCC titles. Andy Rouse won the series driving a Class B Alfa Romeo GTV6 in 1983. The marque fielded a full works team in 1994 at the height of the BTCC’s Super Touring era, with Gabriele Tarquini claiming the title in an 155 that featured a controversial front splitter and rear-wing. 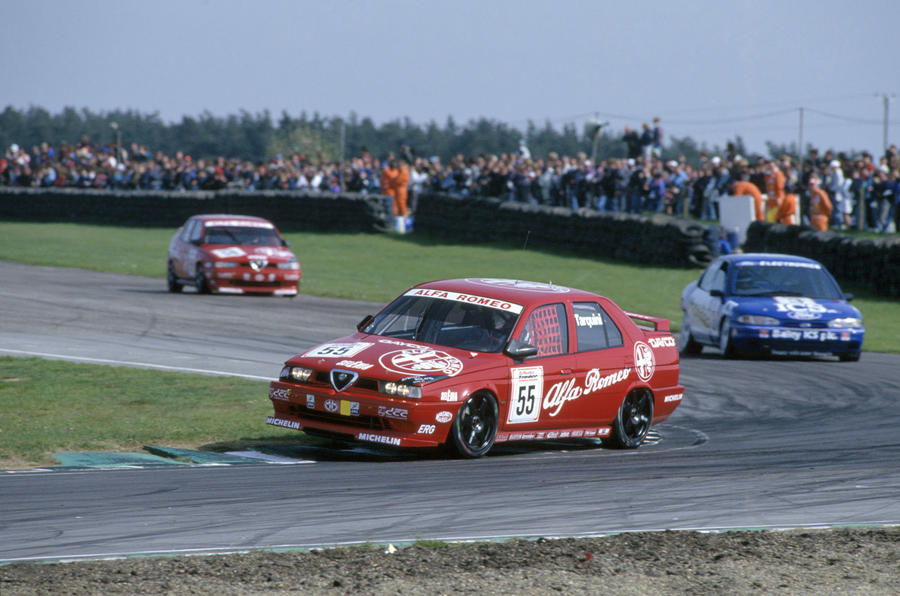 Gallery: crazy cars that went from race track to road

It's the car that fits the rules better, size, weight. Also the Guilia uses Carbon Fibre in its construction which isn't allowed under the current BTCC rules.

Every car on the grid has Autocar stickers as they sponsor the series.

Why are they not marketing