BACK TO ALL NEWS
Currently reading: WRC Safari Rally 2021 preview: why we're excited for Kenya return
UP NEXT
2025 Mercedes A-Class EV to be luxurious EQ entry point

The Safari Rally has played host to some iconic motorsport moments. Here's why we love it - and what to watch out for at this year's event
Open gallery
Close

What’s the most famous rally in the world? Monte Carlo, for sure – but the next best-known is surely the Safari.

Now it’s back, after a 19-year absence from the World Rally Championship. The grand return isn’t quite going to be the no-holds-barred epic that people remember – the route is now run on closed special stages rather than public roads, for example – but the name remains just as emblematic.

Effectively, Safari is a brand new event for everyone. Toyota, currently leading the standings, has an incredible history on the Safari, but their last win in Kenya dates back to 1995. The Japanese firm’s motorsport advisor, Tommi Makinen, is a two-time winner of the Safari: how much will his experience and advice help Toyota to consolidate its advantage in both the drivers’ and manufacturers’ championship this weekend?

Hyundai clearly need some answers, and in addition to the regular line-up, Oliver Solberg makes his gravel debut at the wheel of an i20 WRC: exactly 22 years after his father Petter did something similar, having been drafted into the factory Ford squad at the last minute after Thomas Radstrom broke his leg. Petter went on to finish fifth… 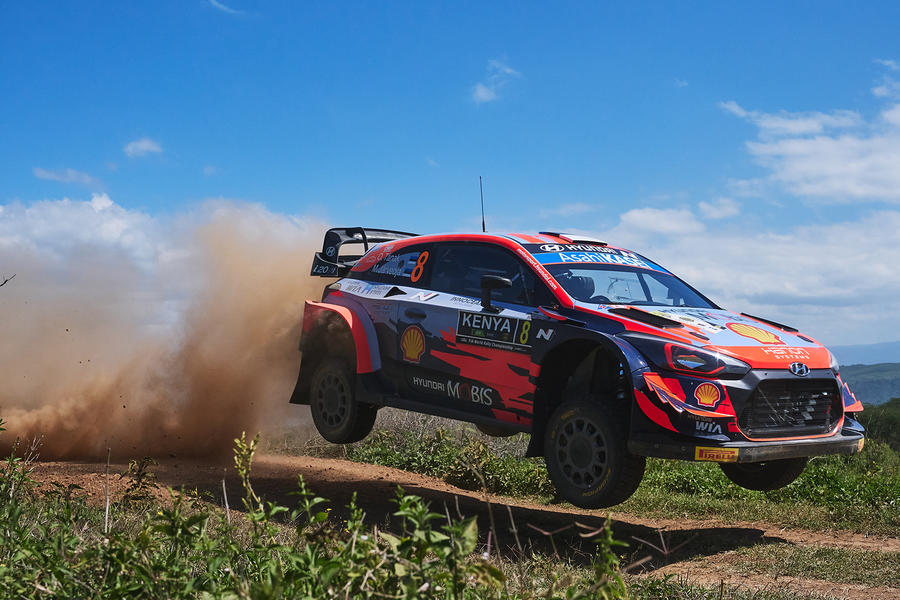 Ford is still the most recent WRC Safari winner – courtesy of Colin McRae in 2002 – but this year, the team’s factory line-up consists of Gus Greensmith and Adrien Fourmaux: neither of whom have anything like the experience of their direct rivals.

It’s a slimmed-down M-Sport outfit, as the team is sending only the bare minimum of people due to Covid-related travel restrictions (which stymied the Safari’s planned return last year) – and even team principal Richard Milliner is staying at home. Instead, he’ll be managing the team remotely thanks to modern communications technology: an experiment that could be repeated in future if it works out this weekend.

Still, the most popular driver on the event will be in a Fiesta: 91-year-old former European Champion Sobieslaw Zasada from Poland, contesting the WRC3 category.

Zasada – who last took part in 1997 – is a direct link to the illustrious history of the rally, which dates back to 1953. It was originally called the East African Coronation Safari, to celebrate the new Queen Elizabeth II, who learned of her succession to the throne while on holiday at the Treetops Lodge near Nyeri (coincidentally less than 30 miles off the rally route this year).

And it’s this rich history that makes the Safari so special. The rally is all about extremes: not just extremes of weather – which can range from apocalyptic heat to torrential rain – but also jaw- dropping scenery. 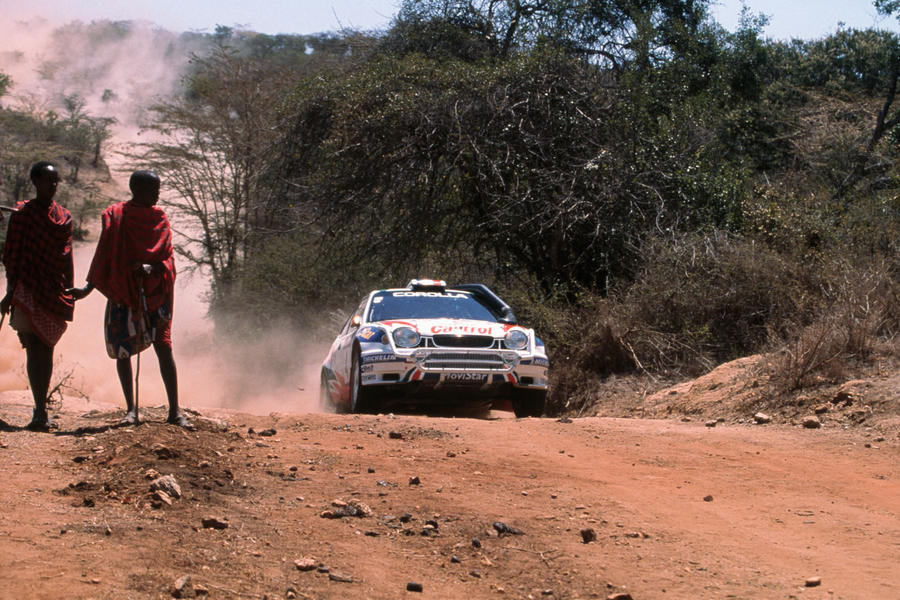 The Safari is unquestionably the most photogenic rally in the world, with iconic images from the past recording the cars jumping to the backdrop of Mount Kilimanjaro, while Masai tribesmen look on.

It was always the rally where crews interacted most with local life, as it used to be run on open roads – alongside normal traffic – over competitive sections that went on for hundreds of kilometres. Spotter helicopters were linked by radio to the cars to warn of hazards ahead (which might include a herd of elephants) and the terrain was almost unimaginably rough.

To cope with the conditions, teams used to build bespoke cars, with strengthened bodyshells, daytime running lights, and ‘snorkel’ exhausts for the many waterholes. Think of it as a cross between the Dakar and the Cannonball Run, and you more or less get the picture.

A huge part of the Safari’s appeal lay in the fact that it was fundamentally lawless – there’s even a popular legend that one well-known manufacturer cheated by swapping an entire car mid-route in the Group B era – but that’s also why it dropped off the WRC calendar. Essentially, the Safari had to change to accommodate modern-day sensibilities. And here we are today. 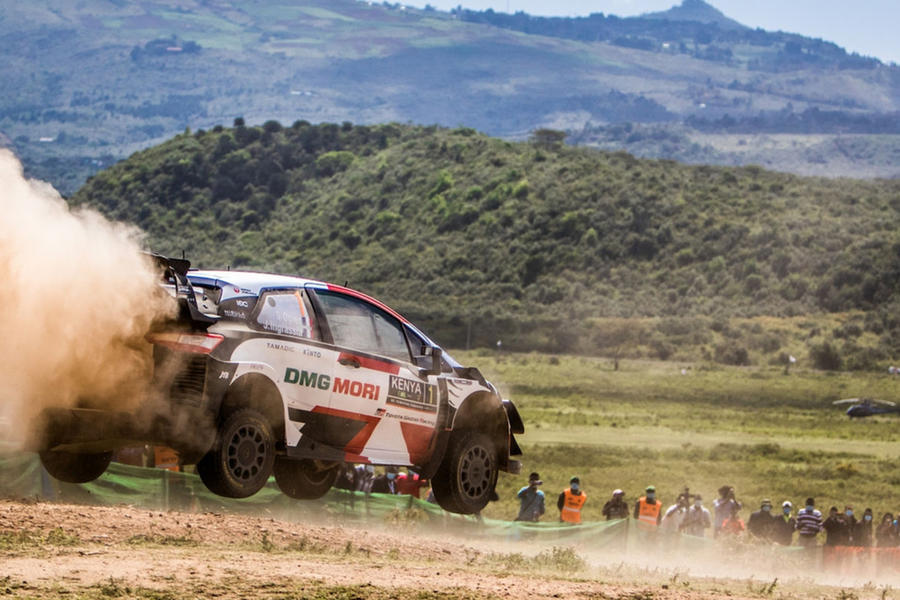 What we have now is something very different, mostly run through private plantations such as the Delamere Estate. However, the rally organisers – many of whom worked on the ‘old’ Safari – have still promised something in keeping with the spirit of the original: a definite car breaker, with some zebras in among the spectators for good measure. The Safari always used to be an event that you

won by going as slowly as possible, which will definitely be a brand new skill for the current generation of drivers, brought up on the flat-out sprints that characterise the modern WRC. Maybe Zasada stands a chance of winning after all?

Even by Safari standards, the 1963 event was exceptionally tough, with 84 cars tackling a 3,100-mile route. Only seven drivers got to the finish, known as the ‘unsinkable seven’: the lowest finishing rate ever seen in the sport, with the many reasons for retirement including a collision with an aardvark. In a quirk of history, there were only seven finishers in the 1968 event as well, with two of them (Nick Nowicki and Joginder Singh) having also formed part of the original ‘unsinkable seven’. 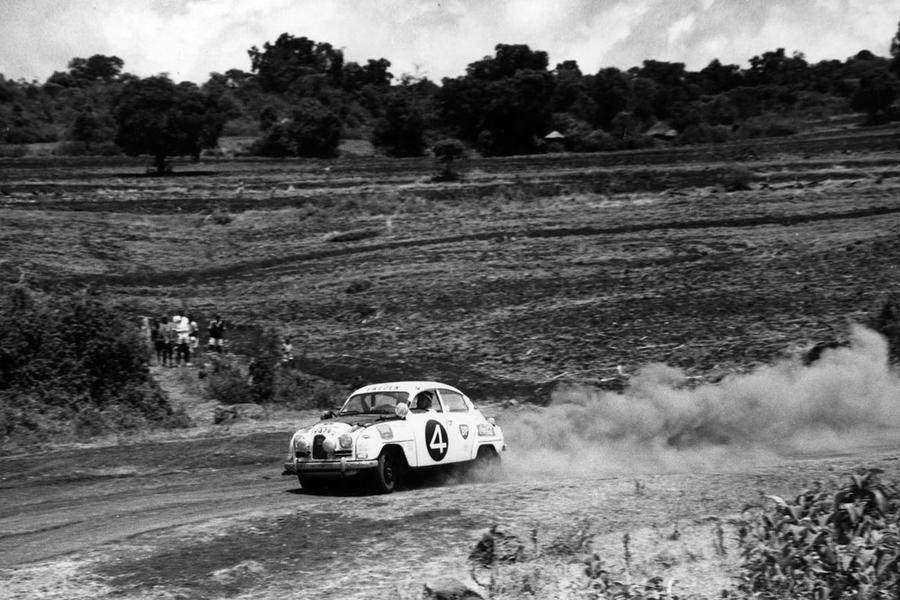 Kenyans had always enjoyed a stranglehold on their home event. But the Europeans had been getting gradually quicker over this highly specialised terrain, until 1972 when Hannu Mikkola finally broke the deadlock in a Ford Escort. Runner-up, in a Porsche 911, was a certain Sobieslaw Zasada. His car was a borrowed leftover from Porsche’s factory team the previous year that had remained in Kenya: serviced by just one mechanic and a couple of Polish volunteers, who happened to be there on holiday.

Bjorn Waldegard was 46 years and 155 days old when he sealed his 16th and final win, on the 1990 Safari Rally: setting a new record. After one of the most challenging events in Safari history – only 10 cars made the finish – Waldegard claimed victory by a full 38 minutes, despite his Toyota Celica chewing up so many water pumps that a man from the factory in Cologne had to get on a plane to Nairobi on Friday night, with a suitcase full of spares. 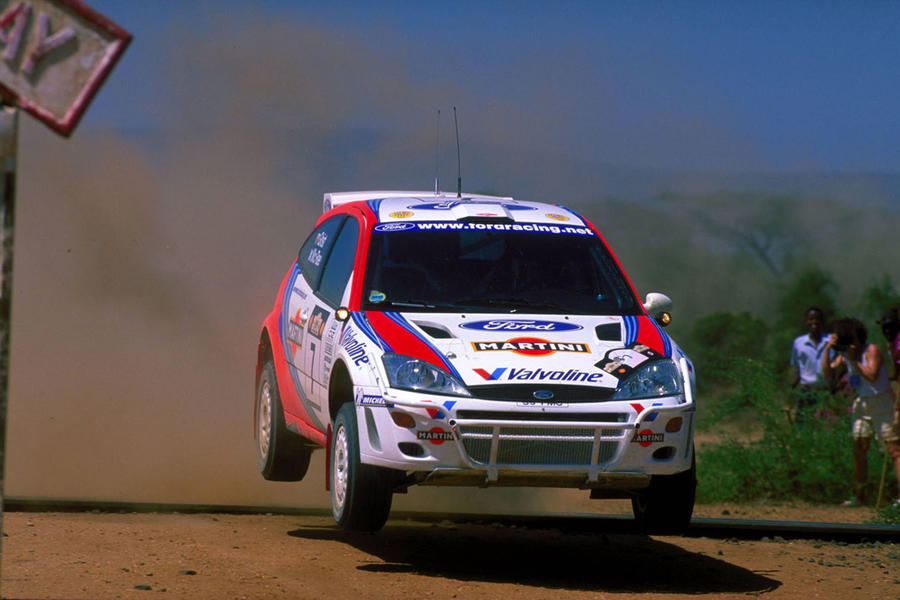 The revolutionary new Ford Focus WRC didn’t exactly have an easy debut: it was disqualified for a water pump issue on the Monte Carlo Rally (Waldegard could probably have sympathised). The third round of the season, Safari, would be the toughest test of all, so expectations were carefully managed. What nobody dared to imagine though was that Colin McRae would win by 15 minutes. M-Sport boss Malcolm Wilson still says that this was one of the proudest moments of his career.

Richard Burns, a two-time winner of the event, always had an affinity with the Safari; his fluid driving style perfectly suited to the route’s car-breaking demands. On the second leg in 2002, he was running fifth until the suspension snapped. No problem. He nursed his Peugeot down the road for about 35 miles, but then got bogged down in soft sand within tantalising sight of the service park. Watching him digging frantically and futilely, and not being allowed by the rules to help, is one of the most frustrating things I’ve experienced in my years of covering rallies.