BACK TO ALL NEWS
Currently reading: The five rules of race circuit design
UP NEXT
New 2022 BMW 3 Series brings redesign and tech upgrades

There's a lot more that goes into making a track than you might think, as Apex Circuit Design explains
Open gallery
Close

How hard can it be to design a race circuit? Clive Bowen asked that question himself when he founded Apex Circuit Design in 1997.

More than two decades later, his company is responsible for nearly two-dozen new motor racing venues and is currently working on the Miami Grand Prix Formula 1 street circuit that's due to host its first race in 2022.

So, how hard is it? Why can’t every circuit be like Spa-Francorchamps or Suzuka? Why do new tracks have acres of asphalt run-off, stripping drivers and riders of challenge and making the violation of track limits such a bone of contention? We asked Bowen, who offered us a key set of rules that drive the science behind modern race circuit design.

1. Don’t make your track too hard to drive

“We always treat a track as a dynamic environment for a race car rather than a static piece of engineering. It’s all about creating an environment where you challenge the car and driver in places but not everywhere. If you create something that's on the edge everywhere, it means you drive at 98% and make fewer mistakes or you drive at 100% and make mistakes everywhere. What makes for better racing, in my experience, is where you have ‘mistake generators’ in locations that might look benign but have an effect on traction, rotation or braking. It could be a contributory factor to something that might not necessarily happen at that point but further down the track, too.” 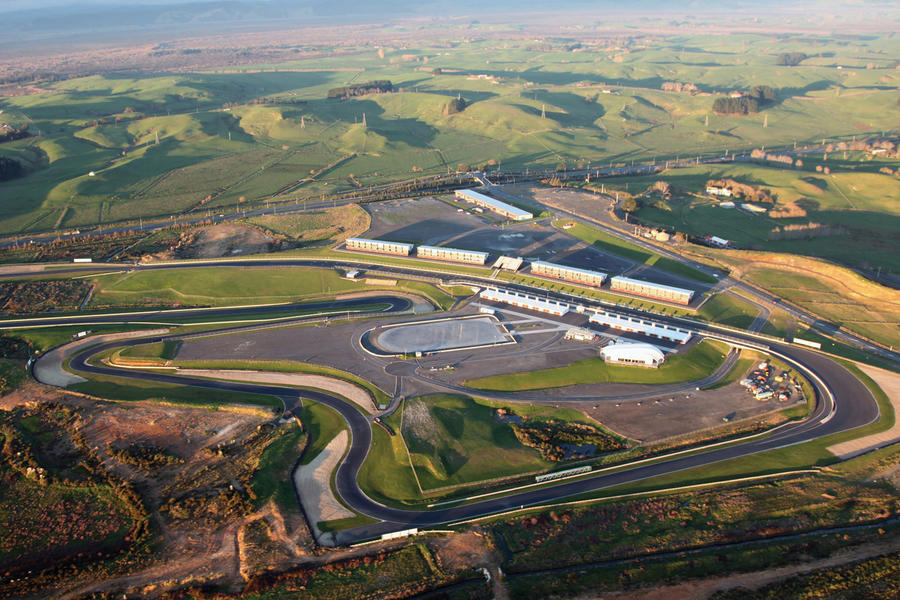 2. Aim to create a circuit that works for a variety of car set-ups

“When we design tracks, we intentionally go for sequences of corners that are going to require a car to have a spread of set-ups, so hopefully the outcome is different teams, engineers and drivers choose to optimise their cars for different locations around the track to suit either their style or the performance parameters of their package. With a fair wind, that means we're not just going to see DRS passes [in F1].”

“If we’re starting from a greenfield or brownfield site, we have to work with what we’re given. My first question if somebody comes to us and says 'we’ve got some land' is 'what’s it like?'. Is it flat? Does it have a hill? What’s the ground made out of? Is there a waterway? We want it to look like the track is a ribbon running through an existing site rather than to butcher the site to yield to our will. There are certain things that help. A hill is something we would work with, so we would try to have a corner cresting over it or, if there’s a dip, get a compression through it.” 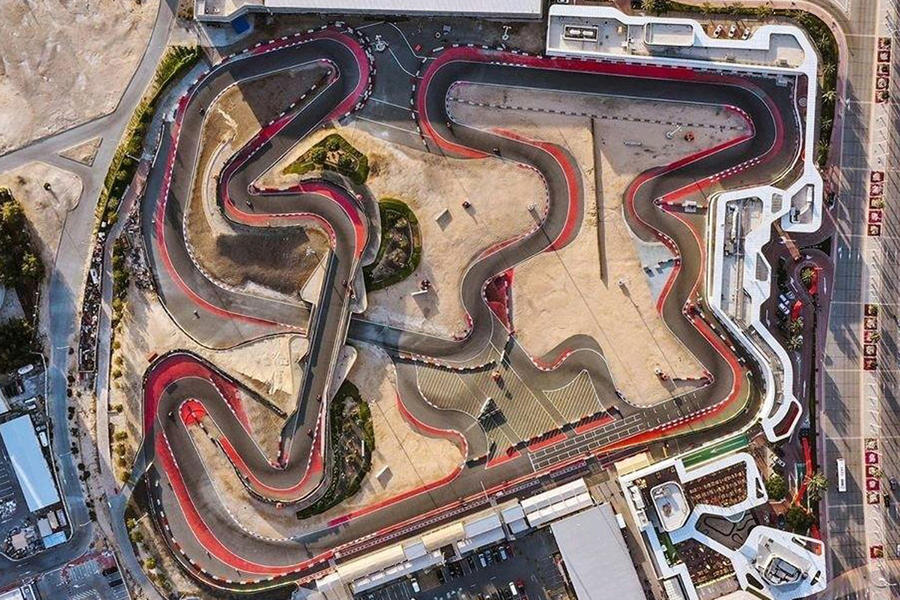 4. Design your circuit for your target market

“If we have a client who comes to us saying they want an F1 track, firstly we ask why. Often the developers aren't aware that there are other levels of motorsport that sit beneath F1. We help them to cut their cloth, not to save money but often to help them make more.

“The constraints we work within are defined by the FIA but, depending on who your client is, you can be more or less aggressive. If you design a grade-three circuit, you're effectively designing it for a Formula 3 car. The definition of the crests and dips are defined by the square of the speed divided by a constant. So a grade-three circuit is always going to be more exciting to drive, say, in a Porsche 911 than you would find at a grade-two circuit, which is designed for a Formula 2 car, or a grade-one circuit, which is designed for F1. If you are designing an F1 race track, it’s difficult to make it feel exciting for mere mortals, because you're driving on a circuit that has been optimised for a car that can do things that no other car can.”

5. Asphalt run-off is safest, but there’s still a place for gravel traps too

“It’s the law of unintended consequences. When we built Dubai Autodrome in 2004, it was the very first circuit that applied the theory the FIA wanted to show of having only asphalt for run-off. It has proven to be extremely safe, not only for cars but bikes also. But it was never really anticipated how track limits abuse was going to become such a hot topic and such a part of motor-racing culture. Back then, the discipline drivers had was engendered from years of driving on tracks where if you got off the white line, you were either on dirt, grass or gravel. But we’ve now got a whole generation of drivers who have grown up with massively expanded run-off areas. 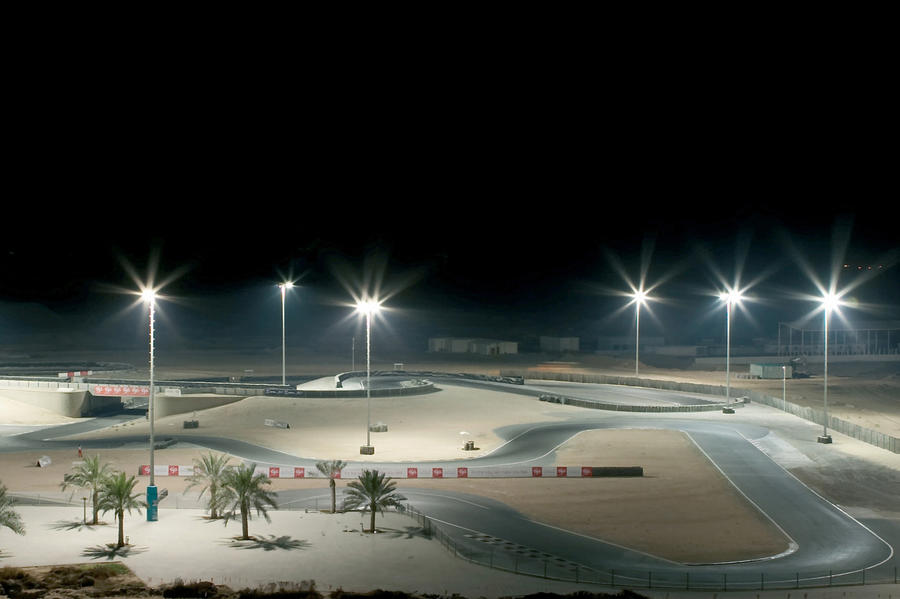 “My position is that if you're building a permanent circuit, you need the racing, because it provides the magic dust that makes people want to rent it for track days, but it’s not the actual business. The normal driver won’t necessarily know where the racing line is and where to brake. If an expensive supercar goes into the kitty litter, it’s usually a big repair bill, whereas if an expensive car goes into an asphalt run-off area, stops, dusts itself down and then goes back on track, nothing more than embarrassment has resulted. So it’s an interesting dichotomy.

"On the one hand, you have pure motor racing, where there should be a consequence to running wide and a mechanism that punishes that. But if this is a commercial venture, you're trying to help a client to recover millions of dollars of investment, so I would say go for asphalt every time. We’re heading towards a hybrid arrangement, and the FIA is pragmatic, encouraging the use of more gravel again, but only in the right locations, where someone might try to cheat a bit by running wide.

“Track limits have to be policed. Putting the onus on the driver by saying 'if you go wide, you will have that time deleted' is a very simple rule. Some ask 'is that too autocratic by the FIA?'. No, it’s not. It’s a set of rules for a game that's being played. Drivers have to understand that the headmaster will rap them on the knuckles if they misbehave.”

Log in or register to post comments
jason_recliner 12 May 2021
Once again, more proof, if it was needed, that driving cars around in circles isn't sport. Give up already. It's boring AF and nobody cares.
Andy_Cowe 12 May 2021

As a video gamer designer who has created several tracks for inclusion in games, I found this very interesting, especially the consideration for track days. There is of course lots of other things to consider, getting the cambers just right was the biggest issue when doing it virtually (not only for improving the drivability, but also for visually opening the ribbon of track into corners that would otherwise only be a few pixels high from the driver perspective).