BACK TO ALL NEWS
Currently reading: Six reasons to watch the 2021 Le Mans 24 Hours
UP NEXT
Toyota bZ4X deliveries still on hold after wheel detachment concerns

The world's most iconic endurance race returns this weekend. Here's why you won't want to miss it
Open gallery
Close

The Le Mans 24 Hours in August? That’s a first. Last year the world’s most famous endurance motor race ran in September for the first time since 1968, but behind closed doors because of Covid-19.

This year the long tail of the pandemic has once again shifted Le Mans beyond its traditional June date – but running this weekend, it at least means fans can be welcomed back in their thousands. Last year it just wasn’t the same without them.

Here are six reasons to be excited about the 2021 running of the Big One.

In the wake of the sophisticated but too expensive hybrid LMP1s, premier-division sports car racing has finally received its much-needed reboot as the new Hypercar (LMH) class makes its first appearance at Le Mans. This is the start of something very big.

By 2023, which will mark the 100th anniversary of the 24 Hours, one of the strongest entries of manufacturer-backed teams ever seen at the Circuit de la Sarthe will take the start, on a grid featuring Ferrari, Porsche, Audi, Toyota, Peugeot, BMW and potentially more – all because of the new rulebook that offers efficiency, in terms of ‘accessible’ hybrid technology and tight budget requirements.

This season, the World Endurance Championship – in which Le Mans is the jewel in the crown – features just five cars with red-plated numbers, only four of which are genuine LMH cars. But the race this weekend still represents an important new dawn for the great race, and happily the competition looks tight.

2 It’s not a foregone conclusion Toyota will win

The pair of new Toyota GR010 Hybrids have won all three WEC rounds run so far, but there’s absolutely no guarantee that the Gazoo Racing entries’ unbeaten run will continue at Le Mans as the Japanese giant bids for a fourth straight win at the 24 Hours. 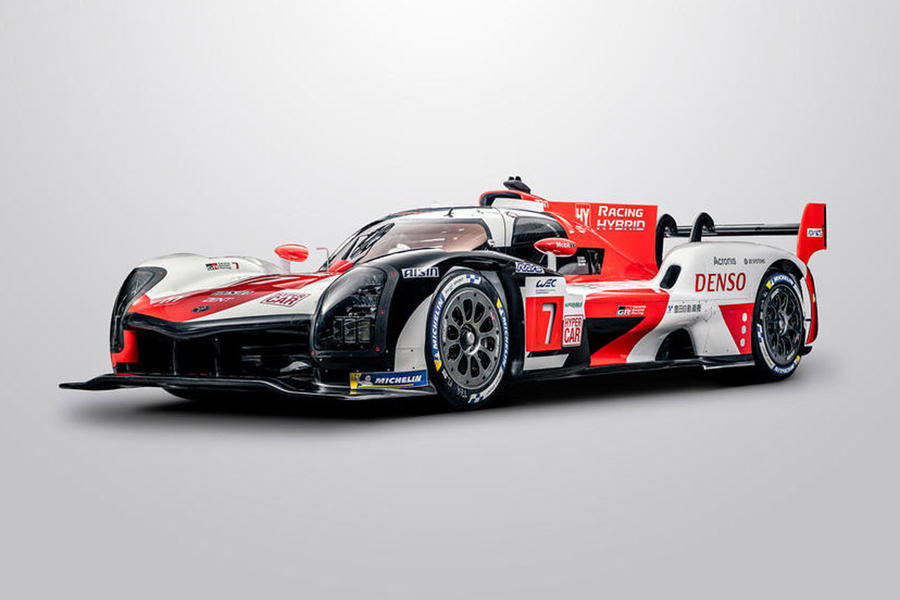 At the Le Mans test day last Sunday, the intriguing threat from the new (very much independent) Glickenhaus challenge was confirmed when Frenchman Olivier Pla knocked the Toyotas from the top of the times with 10 minutes of the five-hour afternoon session to run. The pair of red Pipo-engined Glickenhaus 007s are powered by a 3.5-litre twin-turbo non-hybrid V8 compared to Toyota’s 3.5-litre twin-turbo V6 that is mated to a front-axle mounted motor generator unit: two contrasting solutions to reach the capped output of 670bhp/500kW. But pure pace is one thing; can the new Glickenhaus really beat the might of Toyota?

The test day backed up the Monza WEC performance to show that Jim Glickenhaus’s high ambition isn’t simply a pipe-dream – but the result will likely come down to reliability. Even with the crack Joest team in consultant mode, Glickenhaus would do amazingly well to run without delay, while Toyota has completed a full quota of grinding endurance tests, but has been far from trouble-free in the WEC rounds. As its British world champion Mike Conway knows only too well after a series of victory near-misses at Le Mans, Toyota can take nothing for granted this weekend.

The fifth contender in LMH is Alpine’s A480, a ‘grandfathered’ LMP1 car running with heavy restrictions. It will need to stop for fuel more often than the Toyotas and Glickenhaus entries, but it should be bullet-proof. With that in mind, the French brand could be a strong tip to add a second Le Mans victory to its first claimed all the way back in 1978. 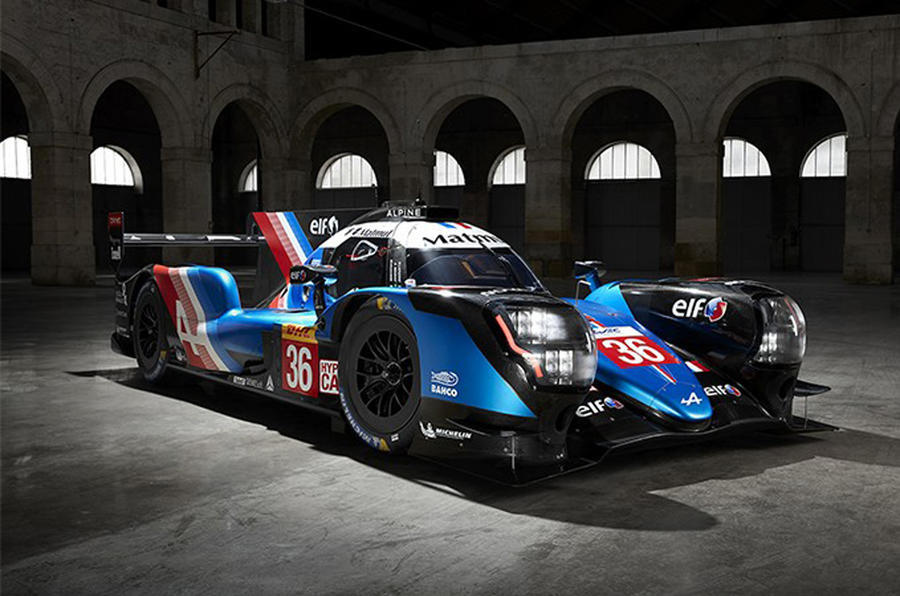 3 An LMP2 car could win overall

But there’s an even more intriguing scenario: if all five LMH entries are hit by delays, which certainly isn’t out of the realms of possibility, a well-run car from the secondary LMP2 division might have a shot at an overall victory.

A bumper grid of 25 blue-plated LMP2s will line up for the start on Saturday afternoon, with plenty of top racing stars peppering the driver line-ups. United Autosports, co-owned by McLaren chief Zak Brown and the LMP2 class champion from last year, is an obvious favourite with a strong three-car entry featuring the likes of ex-F1 ace Paul di Resta and quick Brits Alex Lynn and Phil Hanson. But any one of about a dozen cars in LMP2 could win this class – and at least bid for a place on the overall podium.

Other big names to look out for include ex-grand prix aces Robert Kubica and Juan Pablo Montoya, plus Danish father-and-son duo Jan and Kevin Magnussen, united for the first time at High Class Racing.

The strength in depth in LMP2 is remarkable. Even if the LMH cars do stay reliable, the race within a race in this class promises to be tight and captivating. 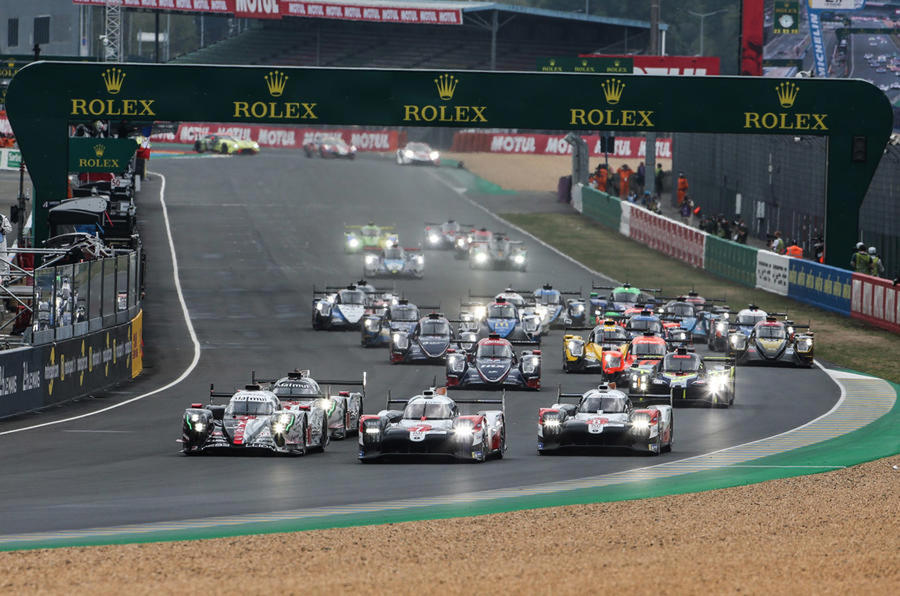 4 Porsche vs Ferrari vs Corvette in GTE Pro

Manufacturer interest has dwindled in the top GT category at Le Mans. But an entry that boasts two works Porsches, two well-supported 911 RSR privateers, a pair of factory-backed Ferrari 488 GTE EVOs and two works Corvette C8.Rs isn’t one to be sniffed at. Porsche held the edge on pace at the test day, but the battle with AF Corse’s Ferraris is likely to rage throughout, with Britain’s James Calado on the search for a second Le Mans class win to add to the one he claimed in 2019.

Corvette hasn’t scored a GT win at the 24 Hours since 2015, but Nick Tandy – who won the race overall that year in Porsche’s 919 Hybrid LMP1 – hasn’t joined the American team just to make up the numbers in the green-plated category.

5 Le Mans is still the ultimate race for amateurs

While top-ranking professional drivers covet seats in all the classes at Le Mans, the beauty of the 24 Hours is it still remains accessible to amateurs with the ambition, skill and sizeable budget who aspire to join its grid. There’s a Pro-Am subclass within LMP2, but it’s GTE Am that caters most directly to what used to be called ‘gentleman drivers’. The cars are the same as in GTE Pro, but each driver line-up must include two bronze-graded amateurs.

Anchored by a decent pro, such as IMSA star and former LMP2 Le Mans class winner Harry Tincknell, GTE Am offers those with deep pockets a chance to become a Le Mans winner. It always attracts a strong entry and this year there will be 23 cars on the grid with orange-plated numbers, Aston Martin maintaining a three-car Aston Martin Vantage presence after pulling out of GTE Pro, despite taking the win in the senior class last season. 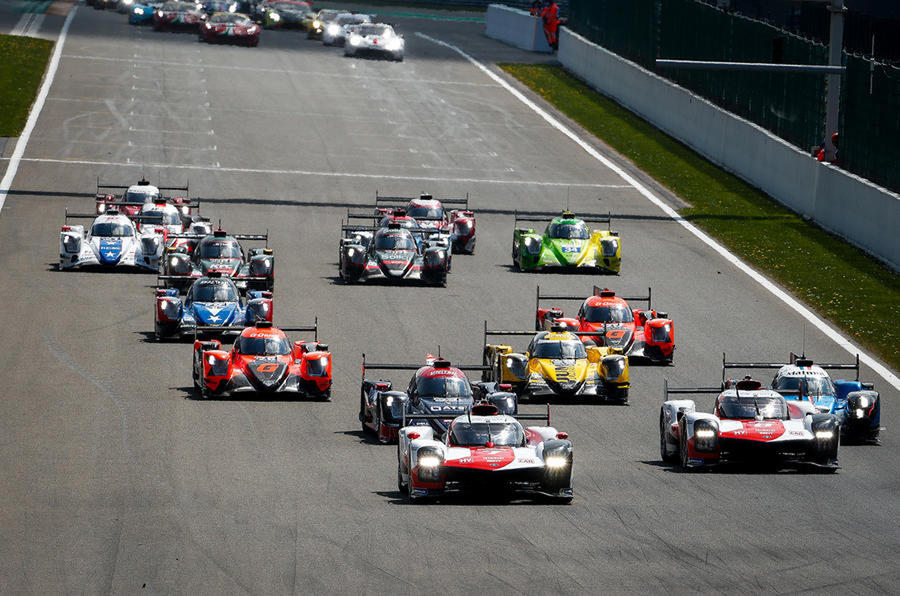 6 The fans are back

OK, usually the Circuit de la Sarthe attracts a quarter of a million-strong crowd, so limiting numbers to just 50,000 might appear underwhelming. But it sure is better than having no fans at all, as the 2020 edition showed.

Earlier this year, Tincknell described to Autocar what it was like to celebrate his GTE Pro win with Aston last year compared to his LMP2 success back in 2014. “That first time I walked out on the podium seven years ago there were 150,000 people out on the track,” he said. “Last year there was about 50! You forget during the race. I guess if you’re a footballer you notice the lack of crowd much more. You’re so focused you don’t notice any different.” But he sure noticed once the helmet came off.

Celebrations come 3pm on Sunday will be so much greater this time with fans under the podium to share them.

Log in or register to post comments
beechie 20 August 2021
I didn't understand any of that, so the piece failed to enthuse at least one person whose knowledge of endurance racing is limited.