BACK TO ALL NEWS
Currently reading: 79th Goodwood Members' Meeting preview
UP NEXT
Gordon Murray Group expands to develop EVs for car makers

The shriek and squall of normally aspirated V10s will tingle eardrums this weekend as 1990s Formula 1 cars take centre stage at the 79th Members’ Meeting at Goodwood.

Restored to its traditional spring season-opener slot following the 78th running in October last year, the two-day event will feature a typically rich and diverse mix of races.

But as usual, it’s the themed demonstrations that steal the limelight.

The demos stand out because they offer a chance for cars outside Goodwood’s 1948-1966 period timeframe to be given their head on the famous Motor Circuit.

This year, the focus turns to the ear-splitting V10s that graced grand prix grids between 1989 and 2005 – although the odd V8 and V12 will stretch the theme, among what promises be a fabulous collection of cars rarely seen exercised at speed.

Topping the bill will be Damon Hill, reunited once more with the 3.0-litre Renault V10-powered Williams FW18 in which he won the 1996 world championship.

McLaren will also be well represented by an ex-Mika Häkkinen 2000 Mercedes-powered MP4-15 and a special trio associated with Ayrton Senna: the MP4/5, which in 1989 became the first F1 title winner fitted with a V10; the Honda V12-powered MP4/6 in which the Brazilian claimed his third and final title in 1991; and the MP4/7 from the following year.

Michael Schumacher will also be celebrated, courtesy of a Ford-Cosworth V8-powered Benetton from 1993, while on static display in the paddock will be his Ferrari F310 in which he scored his memorable first victory for Maranello at the 1996 Spanish GP and an F310B from his ultimately ill-starred campaign challenging Jacques Villeneuve’s Williams in 1997. 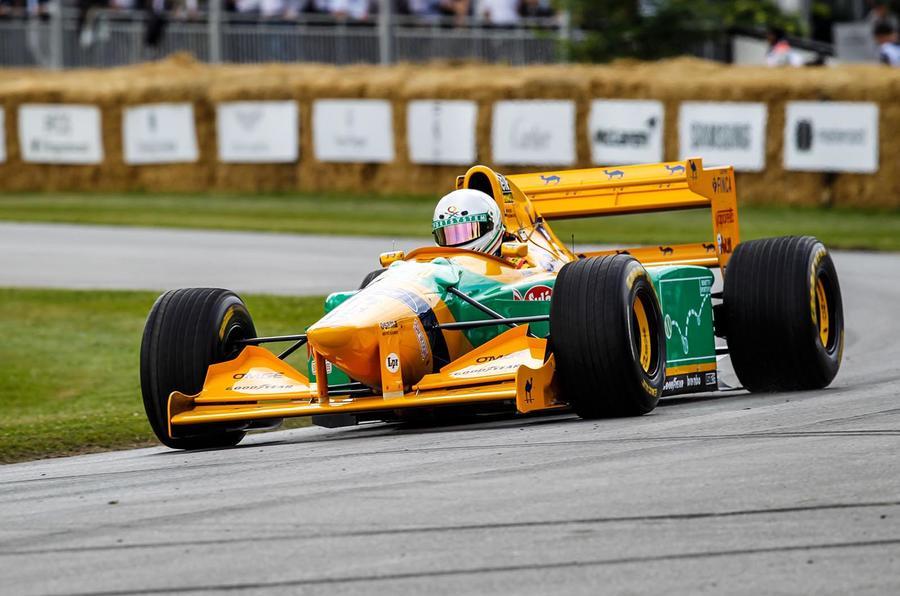 Other treats will include the Adrian Newey-designed Leyton House CG901, a Jordan 194, a couple of Minardis and the Arrows A11 in which Nick Padmore set a new outright lap record at the one-off, spectator-less Speedweek event in 2020.

Only the presence of a crowd will thwart another attempt this weekend to beat his mark of 1min 09.914sec.

Beyond the F1 collection, the 40th anniversary of Group C sports cars will be celebrated with a wonderful line-up of Porsche 956s and 962s, driven by marque heroes Derek Bell, Tom Kristensen (he won his first Le Mans 24 Hours for Porsche in 1997) and Richard Attwood.

As for the racing, the Gerry Marshall Trophy for 1970s and 1980s saloons will provide guaranteed entertainment, while the Graham Hill Trophy for 1960s GTs and the Surtees Trophy for rumbling Can-Am beasts will be spectacular and unmissable. 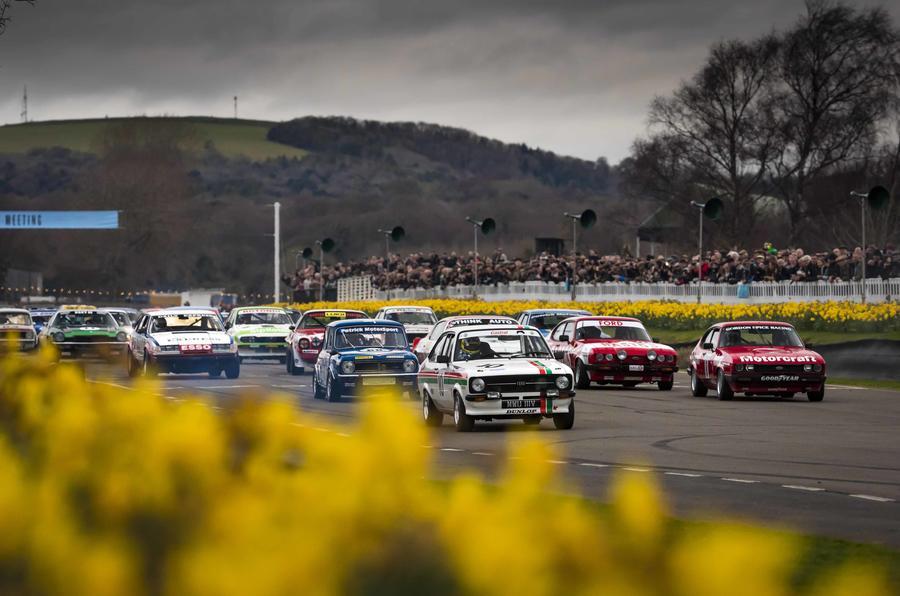 Relaxing the time period also opens the door to pre-war high jinks at the Members’ Meeting. This year, the Varzi Trophy will run for French and Italian grand prix cars and voiturettes that raced up to 1939 and will include the Bugatti Type 51 in which Achille Varzi won the 1933 Monaco GP.

And in an echo of the Goodwood Revival, motorcycle races will now feature on both days, courtesy of the multi-class two-part Hailwood Trophy that caters for two-stroke grand prix bikes of the early 1980s and Formula 750 machines from the 1970s.

The summer Festival of Speed and September Revival feature more star names and are bigger in scale – but that’s precisely why the (relatively) low-key Members’ Meeting has become a firm favourite among the Goodwood cognoscenti.

The event is streamed live online to watch at home, but even for this you need Goodwood Road & Racing Club membership for the Sunday action.

Better still, stream it on your phone in the centre of Chichester and listen for that squall of V10s, because that certain sound just might travel. The locals are gonna love it.