BACK TO ALL OPINION BLOGS
Currently reading: Racing lines: rallying to the cause
UP NEXT
Opinion: BTCC is the easiest way to see Britain's best driving talents

Racing lines: rallying to the cause

Rallying in the UK suffered more and for longer than any form of motor sport during the pandemic.

But following a lengthy shut-down for a sport that by its nature is hard to contain within a controlled area, rallying is springing back to life – in the face of major challenges.

The shocking cost of fuel (and just about everything else) is just the tip for a form of motor sport that must work harder than any to justify its existence when dashing through our cherished forests and countryside. But as the man in charge of British rallying puts it, optimism abounds.

“We have challenges rather than problems to deal with,” says Iain Tullie, rallies executive for governing body Motorsport UK (MSUK). “In most cases we can see solutions, it’s just a question of whether they are realistic.”

Grist to the mill 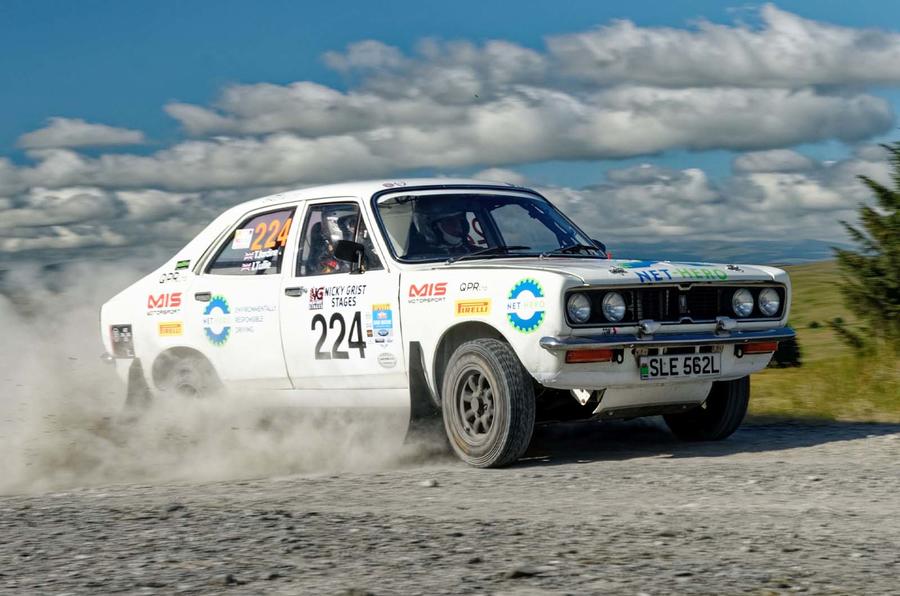 Tullie is a life-long rallyist. A former M-Sport employee, he has a long background as a marshal, stage commander and event organiser, and joined MSUK last year to help shape the future of a sport he loves. Last month he accepted an invitation to return to the navigator’s seat on the Nicky Grist Stages, the perfect event for him to gain some hands-on perspective on the current state of rallying. Featuring 160 crews competing in six national series, including the premier British Rally Championship, the Builth Wells-based event named after Colin McRae’s former co-driver offered nearly 45 stage miles across stunning Welsh forests and Epynt’s military range.

Tullie found himself sat next to a familiar face, TV presenter and PR guru Tony Jardine, in a 1973 Hillman Avenger. Tony was promoting his NET-HERO carbon off-setting campaign, one of a rising number of initiatives working hard to show rallying’s best face to a potentially hostile outside world. They finished 12th in the historic division, despite a slipping clutch, as Tullie revelled in getting back to his roots.

State of the nation

So what’s his verdict on rallying’s current state of health? “Overall, I’m pretty happy,” says Tullie. “One thing we saw before I joined MSUK was how keen so many have been to get back out rallying. Clubs have adapted with online signing on and paper (rather than physical) scrutineering. In some ways it’s been a benefit, having moved things on in terms of the technical areas, out of necessity.

“Inevitably, we’ve probably lost a few events across all rally disciplines, but in most cases organisers have been able to get back up and running. One thing I’ve definitely had feedback on, and an area we’re conscious of anyway, is the lowering number of marshals and officials. It’s a struggle to recruit.” 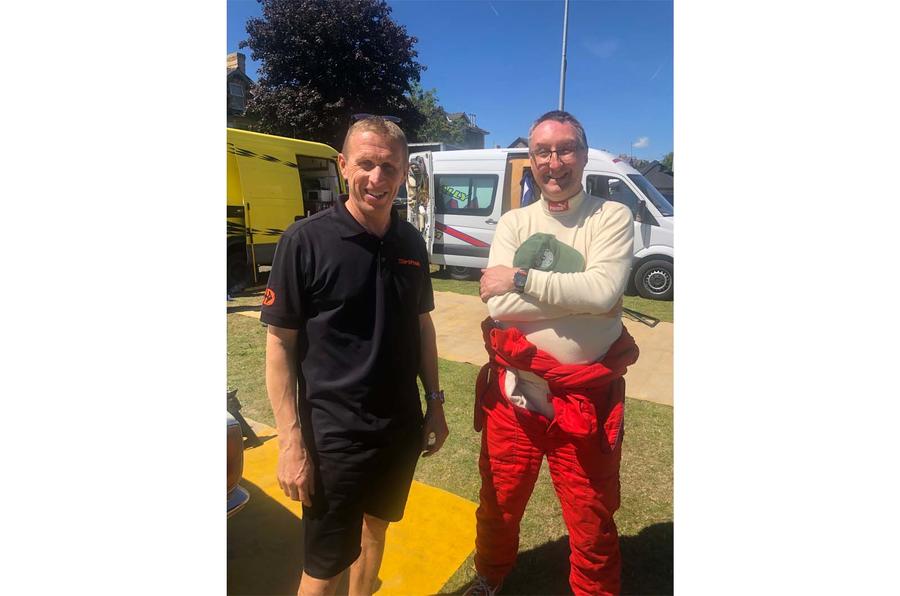 As an established member of the rallying community, Tullie feels the pressure of responsibility.

New ground for him has been his dealings with the UK’s various forestry commissions. “Their senior management have high expectations on sustainability,” he says.

“We’ve got a lot of ideas, but some, such as sustainable fuels, aren’t quick solutions. It’s about a progression. We are working with Natural Resources Wales in particular, because they wanted environmental considerations in their master agreement for forestry rallying.

“Some events now have carbon offsetting programmes, which are good and legitimate. But that has to be part of a bigger remit. We need to look at changing on-event vehicles we are using for officials and service vehicles for competitors. This year we have a head of sustainability, so we’re putting the meat on the bones of that aspect now. We have a tender out for a company to produce a carbon calculator, which can be shared with clubs.

"It would be great to have baseline figures from five or 10 years ago because we’ve already been doing great work on sustainability in forestry rallying – for example, on analysing tread patterns and basic things like servicing on ground sheets, and including spill kits in cars. Now we are under more scrutiny from the general public, we have to progress more quickly.

Tullie says he has been encouraged by the “collaborative” relationship with the regional forestry commissions, whose priority must be to protect and nurture their precious landscapes. At the same time, activities such as motorsport offer a positive contribution to communities, including from an economic point of view. Despite the environmental challenges, the future of forestry rallying doesn’t have to be bleak. 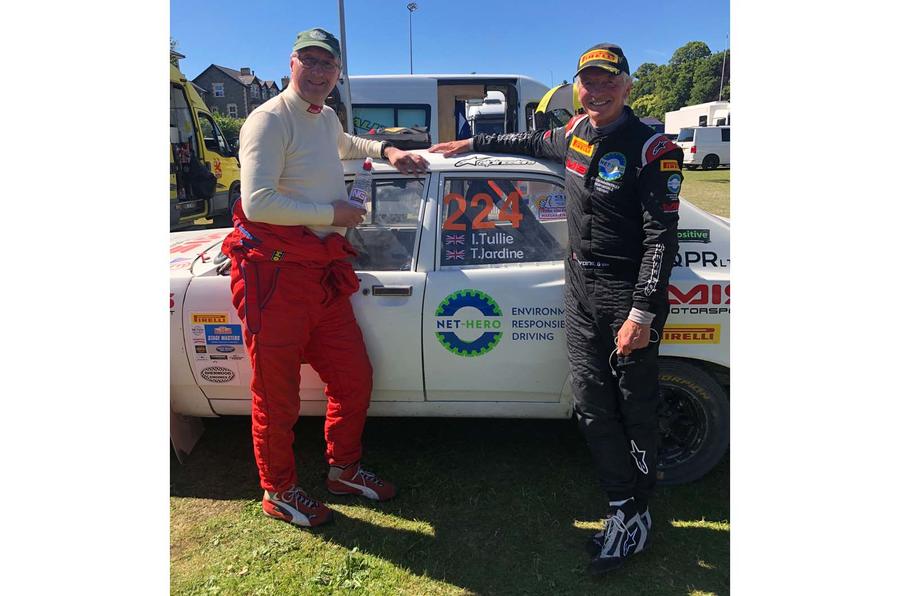 What Tullie can’t tell us is when a British-based event will return to the World Rally Championship. The best hope remains a round in Northern Ireland, following the financial demise of Wales Rally GB – but it’s a work in progress, and one he’s not directly involved in. "We're committed to bringing back the WRC to the UK," is the official line from MSUK, while Tullie understands only too clearly how important it is to rallying in Britain in the long term.

“I’m conscious of the financial difficulties. It was quite close with Northern Ireland for this year, but there had to be a point where a decision was made and unfortunately it was impossible to say the commitment on finances was in place. I know it was very disappointing for the community, as it was for us.

“A WRC round is not something to be entered into lightly and once you are out of the frame you have that added difficulty of getting back in. One thing we all agree on is the importance of having it, not only from a competitors’ point of view but for marshals and officials. Rally GB has always been the event we all aspire to.”

Tullie has to remain optimistic, otherwise he couldn’t do his job. “We must all pull in the right and same direction,” he says. “We’re seeing it more at club level. You’ve got neighbouring clubs that historically have been at loggerheads who are now joining together to put on a closed-road stage rally. If that collaboration continues that gives us hope.” 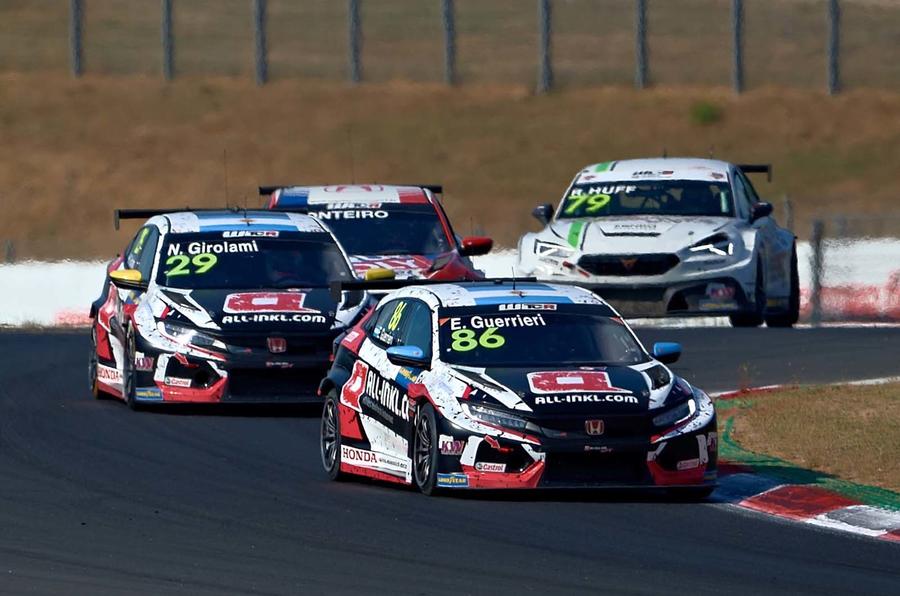 The Cyan Racing-run Lynk & Cos, top dogs in this series, couldn’t complete a race distance safely on the spec tyre, according to the Swedish team. Balance of Performance compensation weight made the blue cars by far the heaviest on the grid, which Cyan claimed was the source of the problem. And when the FIA and series promoter refused to act and change the rules, the team followed through on its threat to withdrew its five cars – but only as they completed the formation laps for both races.

Cue an awful mountain of bad feeling. As the Lynk & Cos departed, the other teams also found their Goodyears to be fragile as track temperatures topped 60 degrees C at the circuit near Rome.

Honda driver Nestor Girolami and Audi’s Gilles Magnus won the races, as points leader Mikel Azcona stretched his advantage with a pair of podiums for Hyundai. Lynk & Co’s Santi Urrutia and reigning double champion Yann Ehrlacher had been Azcona’s biggest threat to his first world crown and the pair were due to start on the front row for race two. But Cyan’s withdrawal left an open goal for the 26-year-old Spaniard and has likely cost both any realistic shot at the WTCR crown. 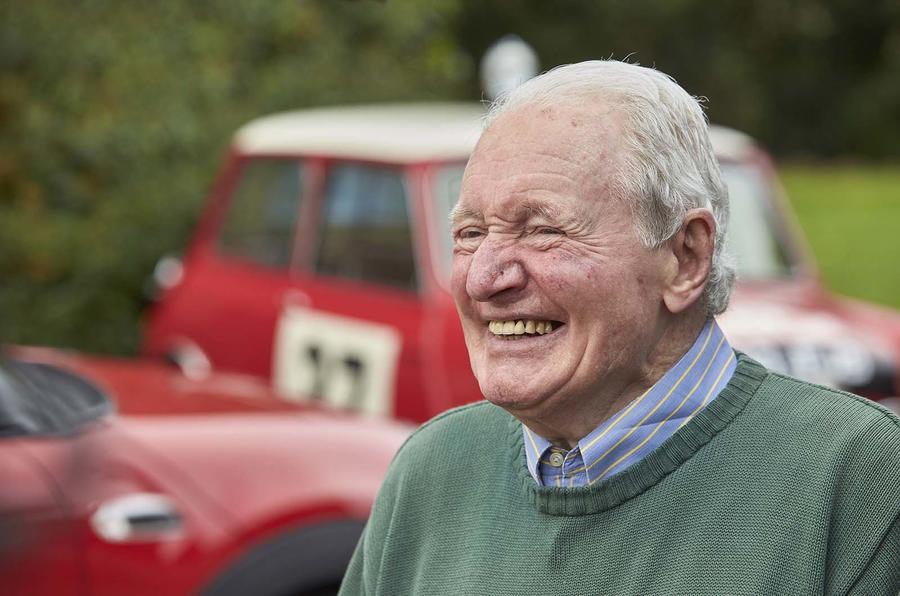 Paddy Hopkirk: “Who do you think you are, Paddy Hopkirk?” Northern Ireland’s rally king, who died recently at the age of 89, knew he was famous when he heard those words from a policeman after being stopped for making an illegal right turn. It was his landmark victory on the 1964 Monte-Carlo Rally that shot him to fame, along with the cheeky Mini Cooper S he was twirling through the stages.

Both car and driver were flown back to the UK at the request of Bruce Forsyth to appear on Britain’s biggest TV show, Sunday Night at the London Palladium, and he received telegrams from the Prime Minister and The Beatles, all thanks to that defining victory.

Hopkirk spent 15 years as a works rally driver, for Standard, Triumph, Rootes and BMC, and while it’s the Mini and 1964 Monte that became his trademark, he had plenty more stories to regale anyone lucky enough to meet him. What would you expect from a man who learnt to drive in a bath chair powered by a 250cc JAP engine? Paddy was one of British motor sport’s best-loved characters and will be sorely missed.