BACK TO ALL NEWS
Currently reading: F1 2017: What the racing will be like according to the experts
UP NEXT
New Range Rover PHEV brings 70-mile EV range for £103,485

F1 2017: What the racing will be like according to the experts

We ask Renault racer Jolyon Palmer and engineer Bob Bell, plus three pundits, what 2017's new regulations will be like
Open gallery
Close

We speak to a driver, engineer and three expert pundits to gauge how F1's new regulations will affect the racing.

Renault Sport F1 driver Jolyon Palmer on the differences from behind the wheel:

“The biggest change is the speed we can carry into highspeed corners. At Barcelona [during testing] there are corners where we had to lift off the throttle and touch the brakes in last year’s car, but now those corners are flat out. We’ve got to be more committed. At Barcelona, there’s a speed gain of 20 km/h in some corners.” 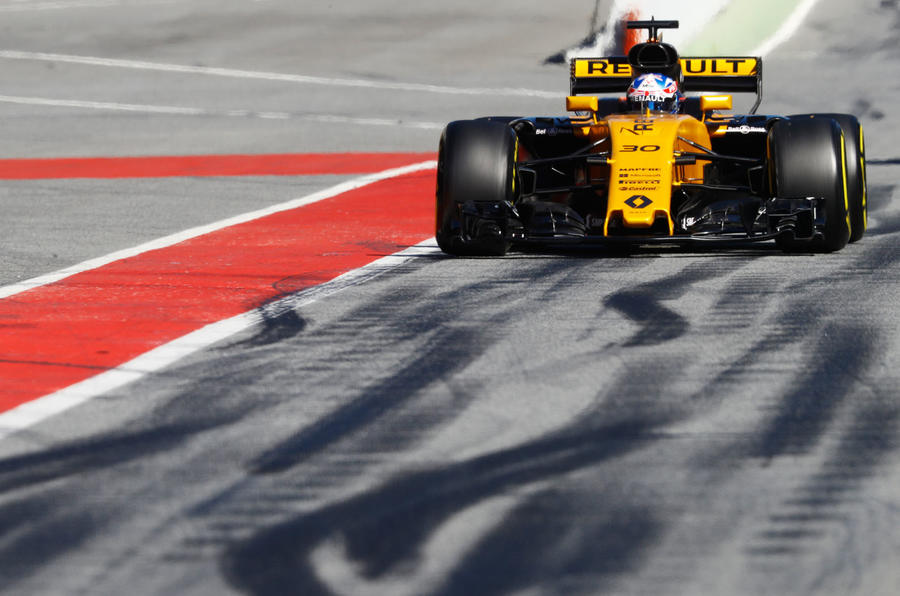 “You can be more aggressive on the throttle. This year, you can break traction [but] the tyres are more resistant to heat, so you can lean on them a lot more. There’s still some tyre degradation, but there’ll be more flat-out racing and therefore more angry radio messages from engineers asking drivers to push harder!”

“I think the Drag Reduction System [which aids overtaking] will be even more important this year. I’m no fan of DRS, but you feel a bigger drop off in aerodynamic grip when you’re following cars now. You lose the downforce and the car gets looser. Having said that, I think the overtakes will be better this year; being harder to do will make each passing move of a higher quality.” “The cars now corner as if they are on rails, but when they do let go, they let go in a bigger way. Also, the races are going to be much more physical and it means drivers might [make mistakes] towards the end. With fatigue, it makes it easier to lose the car. This is Formula 1, so there’s no margin for error.”

“Straight-line speeds are lower because there’s more drag, but around corners, it’s like stepping up from GP2 to F1 in terms of performance. I’ve gone 5sec faster around Barcelona than ever before. It’s exactly what we want.” Bob Bell knows a good Renault racing car when he sees one, and he reckons this year’s challenger could be one of the most promising. Bell started in F1 more or less straight out of university in 1982 and has been involved in the sport ever since. He’s worked for teams including McLaren, Benetton, Jordan, Mercedes and Marussia.

His greatest triumphs have been with Renault. He was technical director during the team’s last era of major success, when its won both the drivers’ and constructors’ titles in 2005 and 2006.

He calls this year’s RS17 the first “real” car of Renault’s current era. The car that the team ran last year was inherited from Lotus – whose team had been bought by Renault – while they worked on this one.

“This is a new car from the ground up,” Bell says. “We had the time and the resources to do it. There are no carry-over parts from 2016 to 2017, not least because the technical regulations have changed so much that it wouldn’t be possible.”

Bell says the new car is the first product of a new partnership between the Enstone-based race team, which builds the chassis, and the engine facility at Viry-Chatillon in France.

Last season brought the Renault name back to F1 after a half-decade absence, but the manufacturer has made it clear that now intends to remain in the sport for the long term.

British driver Jolyon Palmer has been retained for a second season. With his 2016 team-mate Kevin Magnussen switching to Haas F1, Palmer has been joined by the experienced Nico Hülkenberg, who has pledged his long-term future to Renault’s F1 assault.

Who to look out for during the 2017 season, according to three expert pundits: “This time last year, Ferrari was first and second quickest at the end of winter testing, but this year, that seems to be a little bit more believable. We’ll see, but watch out for Sebastian Vettel to surprise.

“With Nico Rosberg having retired, Lewis Hamilton’s team-mate is Valtteri Bottas. It’s a tough call to beat Hamilton but Bottas is confident and has looked good in testing. Still, this is Hamilton we’re talking about.

“The Red Bulls don’t seem to be on quite the same pace but Daniel Ricciardo and Max Verstappen are still going to be worth watching.” “The downside is that these wider cars with shorter braking distances, combined with the chance of fewer driver errors since the cars are bolted down with more aero, will do nothing to make overtaking better. “Bernie Ecclestone was simply the most amazing visionary. He was controversial, but what he has done is remarkable. However, there needed to be a change and it’s a positive one.

“For this season, I see Lewis Hamilton winning it at a canter. Red Bull has a super team and could be a danger if Mercedes don’t have their act together. Force India’s Esteban Ocon is one to watch. He can be very quick and will learn from his teammate, Sergio Perez, this season.”

Wake me up half way through the F1 season....

They just don't get it

Classic motor racing is getting more popular by the year, because the cars look, sound, smell and slide like cars and you can see drivers driving their cars, not heads piloting experiments in aeronautics in very fast processions.