BACK TO ALL NEWS
Currently reading: Analysis: why Pininfarina is working with Chinese start-ups
UP NEXT
Red Bull RB17 is radical 1250bhp hybrid hypercar for 2025

Analysis: why Pininfarina is working with Chinese start-ups

Pininfarina designed two dramatic concept cars for the Shanghai motor show. In days gone by, that would have been front page news, because it would have likely meant a new Ferrari and the other perhaps an established car maker looking to get out of a design rut by turning to the iconic design house for a nudge in the right direction.

But in Shanghai, it meant a concept car for electrified vehicle maker Karma (born out of the old Fisker Karma) that, while striking, is never likely to reach production. It also meant a new hydrogen fuel cell vehicle maker called Grove aiming at (and succeeding in) getting a few more column inches for its first concept car, the Granite, rather than the scrutiny being applied to the aspirations of yet another start-up Chinese car maker.

This is the reality of a design house nowadays, even one as great and with as many icons in its back catalogue as Pininfarina.

“To be frank, traditional design houses have now built their own design centres; we cannot hide this,” says company chairman Paolo Pininfarina. “They have big design centres. Some always had one, like BMW or Mercedes, but some used to partner and collaborate – especially the Italian brands.

“Now they build their own more and more. It's not for me to say if it’s right or wrong. For me, innovation also comes through contamination. Through collaboration, partnerships. Then you see it from both sides’ point of view, you discuss, see this, and you create more innovation.

“If you have one design point of view, the design studio, the inspiration is the history. And you’re afraid to go out of the tradition, and you lack innovation. You can’t deny that in traditional brands building up design centres, the traditional design houses are not as important as in the past.” 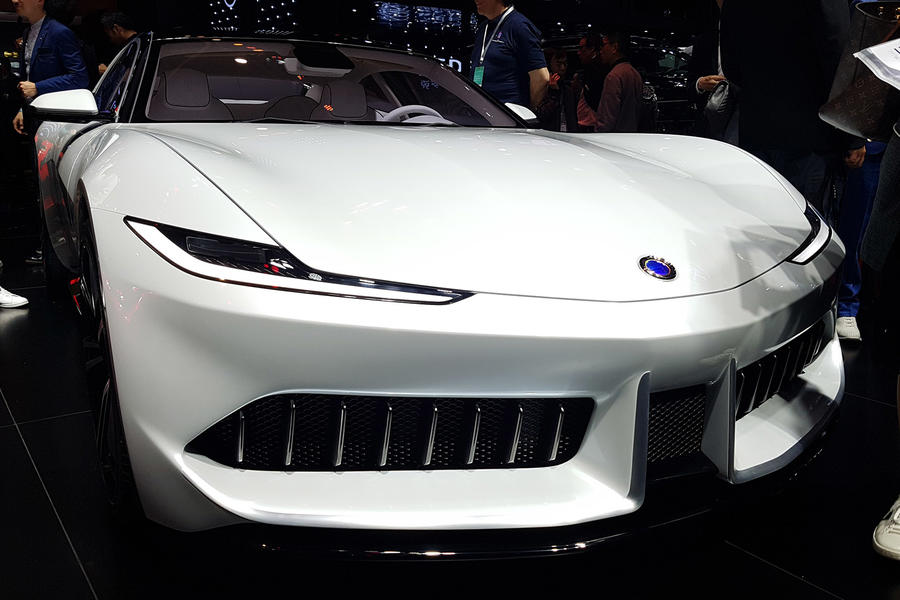 They’re quite sad words to hear when you can consider the illustrious history of Pininfarina, but this is the reality of the modern car industry. So, how is Pininfarina fighting back?

“Now there is a revolution on connected, shared, electrified, autonomous vehicles," says Paolo. "New systems, new mobility, new interfaces and human-machine interface. There is a lot of space for Pininfarina.”

There is also a rather convenient new client through the arrival of Automobili Pininfarina. That’s both good and bad news for the Italian company that lends its name to the upstart. Both are part of the giant Indian conglomerate Mahindra, so the work will be in-house, yet in giving its names to cars of its own for the first time, Pininfarina must fear declining business (as Italdesign found when bought by the Volkswagen Group), because everyone simply fears you’re working for the opposition.

It also brings up the very thing Paolo bemoaned in the diminishing amount of third-party work, because it's now effectively designing cars with its own badge on them, even if the companies are managed separately and have autonomy.

“Automobili Pininfarina is a client that, like all others, we give 100% to,” says Paolo. “But it’s a special one, as it uses our name as a standalone. We need to be careful, as it has all of our designs on it. Our personal presence is quite strong, and I want to check the design works with Pininfarina history and heritage. It’s special.”

Automobili Pininfarina revealed its first model, the Battista electric hypercar, at the recent Geneva motor show. More are planned, but they're not to be rushed. “We don’t need to hurry too much,” says Paolo. “It took us 90 years to do the first model, so taking 91 to do two models is okay.”

Despite the new work from elsewhere in the group, Pininfarina is smaller than before. However, it's also more profitable. Its design studio in China is just as busy as its one in Italy, with both having around 3-4 projects ongoing at a time.

There seems a tinge of regret and sadness when Paolo speaks about what Pininfarina has evolved into, but he remains optimistic that the great company can put its name to cars from major manufacturers once more.

“With traditional brands, maybe limited editions and celebrations are a way to go," he moots. "With BMW, we did the Gran Lusso six years ago. It was a nice experience, why could we not do it again?”

And with Ferrari: “Why not?”

Good luck to them...

Paolo Pininfarina raises a valid point about in-house car design eating itself, or working itself into a sad corner.

Look at how many all-new designs have emerged from in-house design centres in recent years (BMW, Audi) with same-again styling.

The 3-series, for example, has seen less styling change in its last 3 generations than any previous 3 generations of any BMW, ever.
Same for A4, Q5,etc...

Why does this need to be the case?
It's not as if technology has stopped moving forward...

Meanwhile, way too many models that never deserved the term are currently being referred to as "iconic" and therefore hard to touch when it comes to their redesign.
It's ridiculous.

And when new sub-brands appear, with their need for new styling direction, the results (BMW I, Mercedes Benz EQ) can look ghastly and out of synch with broadly held concepts of beauty.

...Third party styling houses such as Pininfarina can help to minimise these issues by bringing in a more nuanced sense of history, as part of a fresh perspective.

Hopefully, Pininfarina can still be around to flourish in a future of skateboard EV platforms that are relatively inexpensive to re-body so the existing product can then be sold at a massive premium to the discerning few...