BACK TO ALL NEWS
Currently reading: New Mercedes-Benz B-Class to cost from £26,975
UP NEXT
First drive: 2022 BMW XM prototype

UK pricing details have been announced for the new Mercedes-Benz B-Class, which will go on sale in Spring 2019 starting from £26,975.

Mercedes says that the MPV offers more dynamic handling and comfort than its predecessor, thanks to technology and features taken from the S-Class and A-Class. The third generation B-Class, developed under the internal codename W247, is the fourth of up to eight new compact models to be launched by the company, following the fourth-generation A-Class hatch and saloon.

Sport models sit on 17-inch wheels, and come with the latest version of the MBUX infotainment system and a seven-inch touchscreen. AMG Line models adds 18-inch wheels, exterior bodywork upgrades and revemaped interior equipment, including a three-spoke steering wheel and sport seat. As well as the two trim levels, a series of optional packages will be available.

The new B-Class retains the one-box silhouette of its predecessors but with a smoother form that reflects the firm’s latest design language. It also features the ‘predator face’ seen on the A-Class. 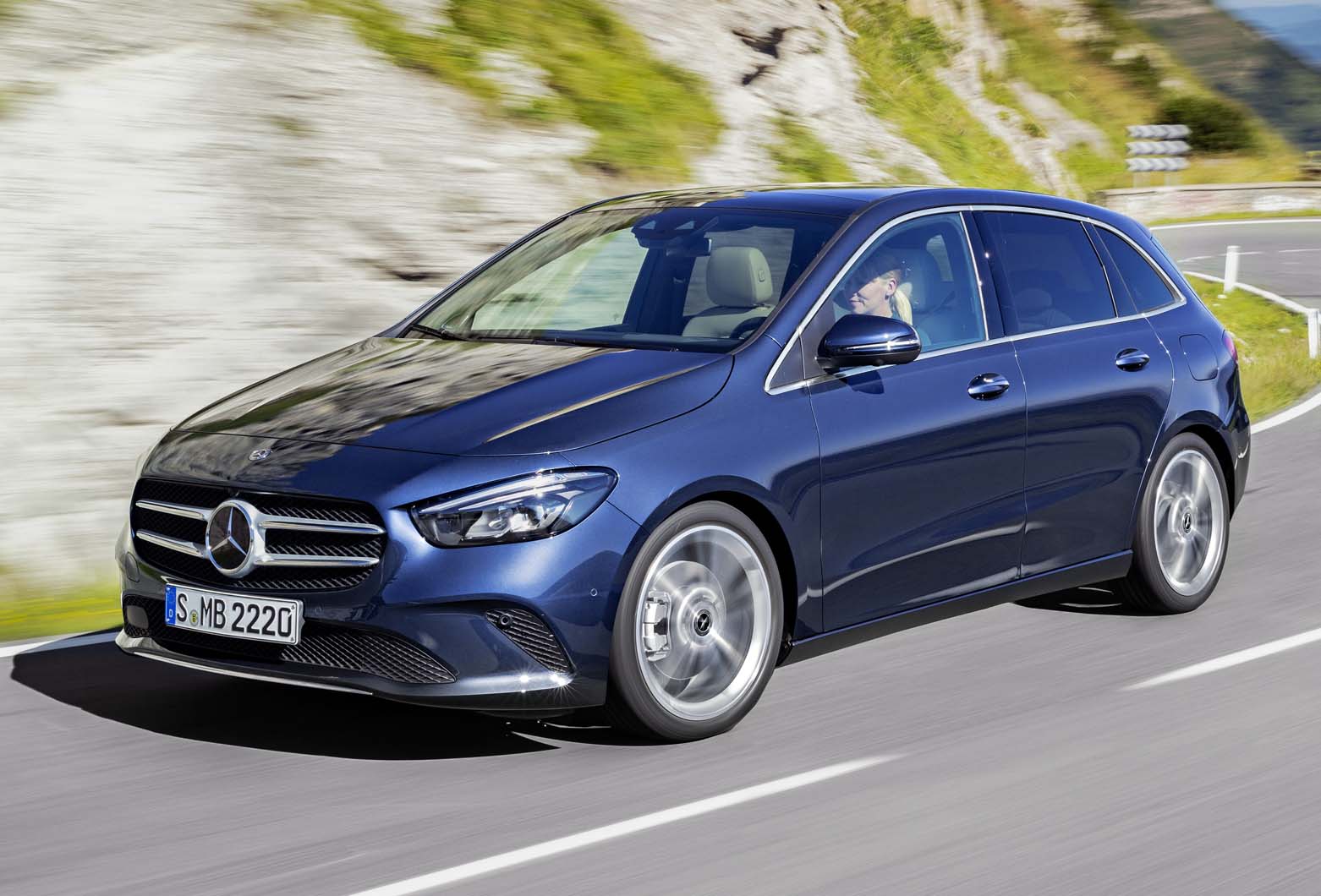 The new B-Class has short overhangs, designed to maximise interior space, and will be offered with wheel sizes ranging from 16in to 19in.

A 1.5-litre diesel B180d, with 114bhp and 192lb ft, is due to follow. Other engine options will follow next year, along with versions with four-wheel drive. 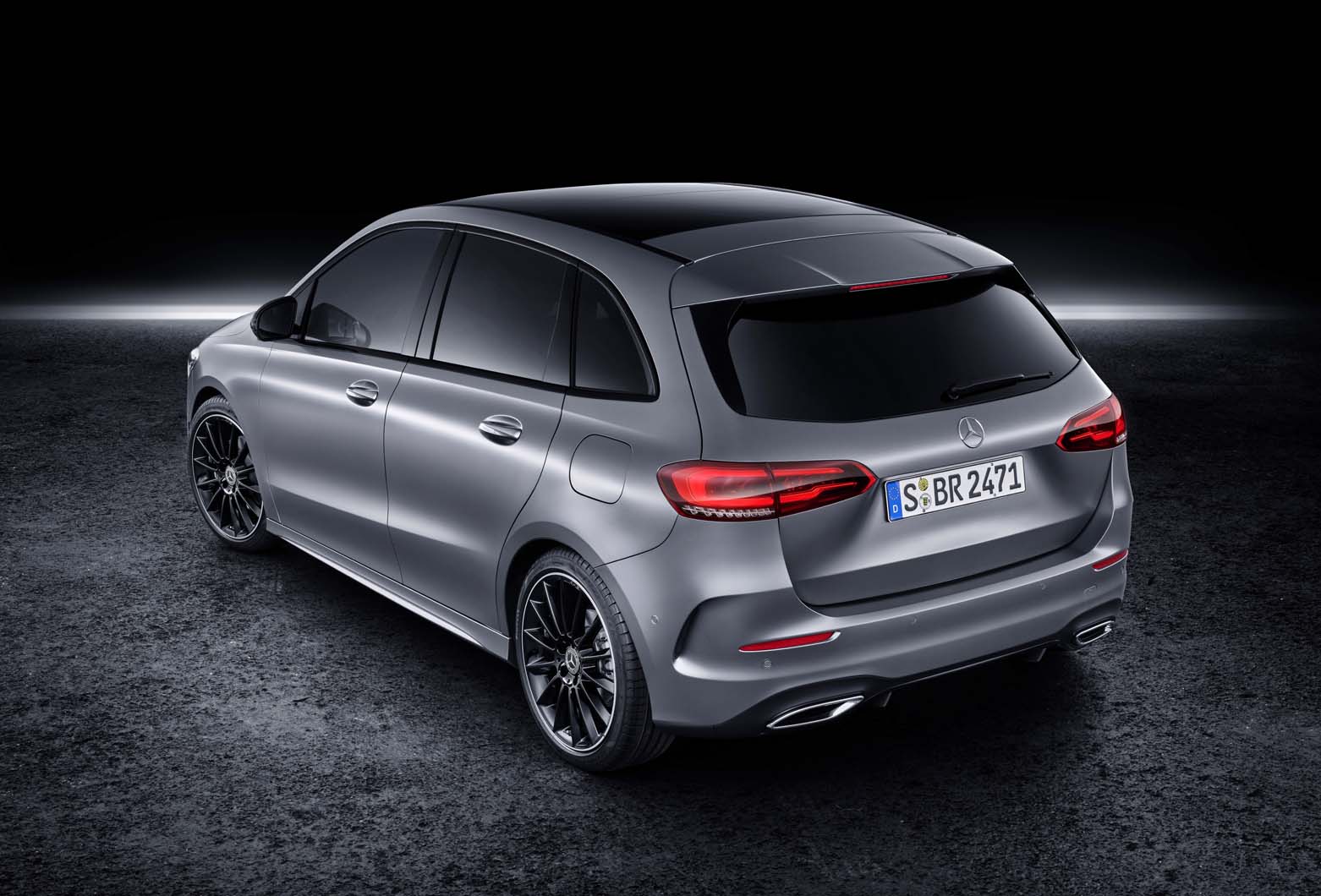 The car’s suspension was developed to retain the agility of its predecessor while adding comfort. It uses front MacPherson struts and a twist- beam rear axle as standard, with electronic damper tuning among several options.

The interior takes cues from the new A-Class’s, although the instrument panel is split into two units. The B-Class features two digital displays, each ranging between 7.0in and 10.25in, depending on the specification. There is also an optional head-up display.

The B-Class is the second Mercedes model, after the A-Class, to feature the newest version of the MBUX multimedia system, which includes touch, voice and gesture control, and Mercedes Me connectivity. 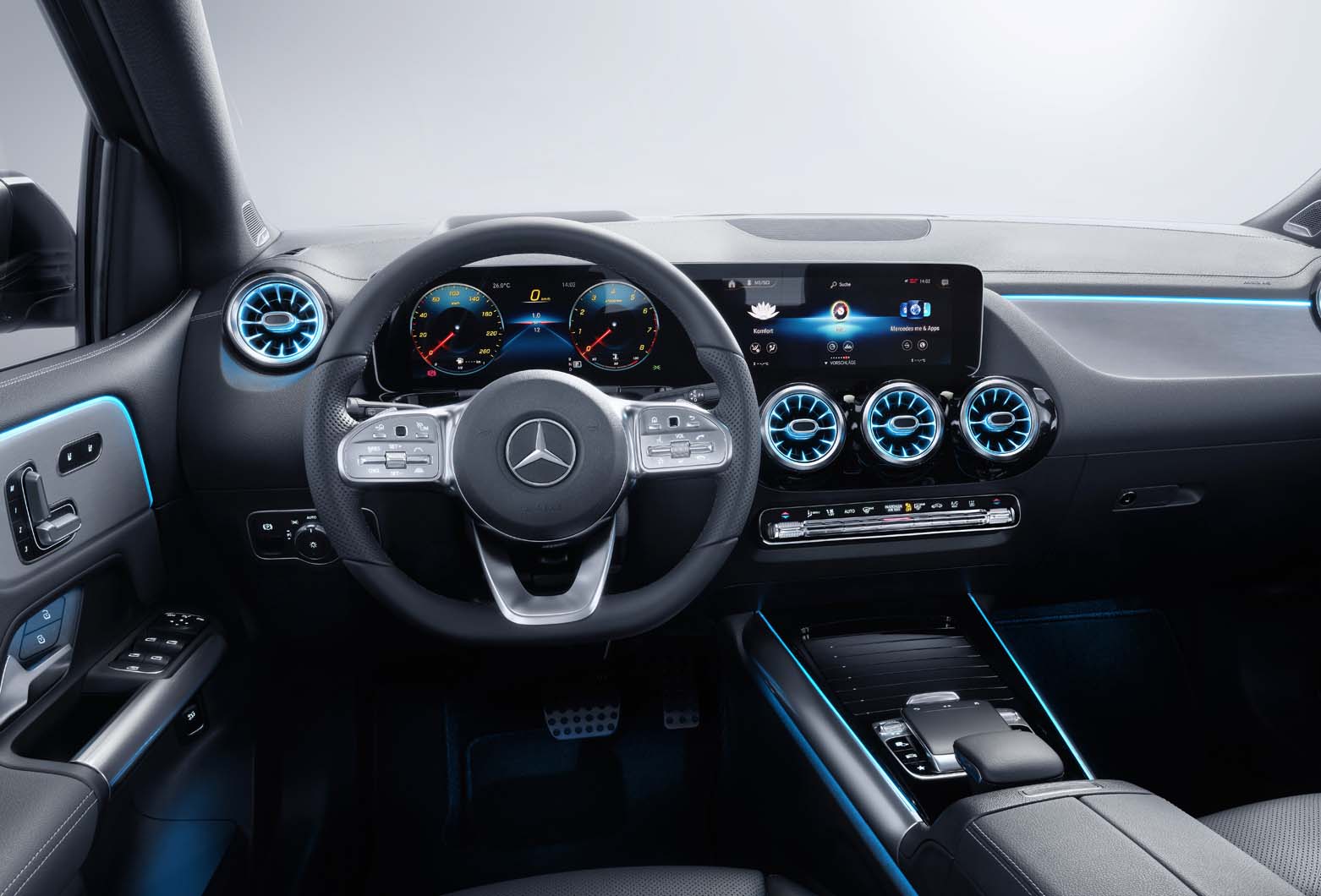 It also has a raft of optional driver assistance and safety systems first seen on the S-Class, allowing it to drive semi-autonomously in certain situations.

Depending on options, the rear seats can be moved by 14cm, giving a boot capacity of between 455 and 705 litres, similar to the previous model, expanding to 1540 litres with the rear seats folded.

Mercedes’ compact model blitz is set to continue with new versions of the CLA and GLA, along with the new GLB, due in the coming year.

In pictures: the evolution of the iconic Mercedes-Benz SL

Honey, I inflated the A Class

Honey, I inflated the A Class and I made me a new automobile!

Not sure the latest M-B design language works that well on this type of car - blobby and bloated.

I think this is much better than the current model and, for what it is, seems quite desirable. Nice interior too.