BACK TO ALL NEWS
Currently reading: 2019 Toyota Highlander gains new tech
UP NEXT
Rodin FZero: V10 weapon aims to be world's fastest car

The fourth-generation Toyota Highlander has been revealed at the New York motor show, updating the three-row SUV model for 2019 with bold new looks and uprated infotainment.

Built on Toyota's TNGA-K New Global Architecture platform, the new Highlander is 60mm longer than its predecessor and will offer a choice of petrol and hybrid powertrains. The 3.5-litre V6 model produces 291bhp and 263lb ft of torque and is capable of towing more than two tonnes.

The hybrid, which can be ordered with either front or four-wheel drive for the first time, combines a 2.5-litre four-cylinder petrol engine with two electric motors for a total output of 237bhp. Toyota claims it will be capable of 34mpg on the US-specific EPA fuel efficiency test, making it the most economical Highlander yet. 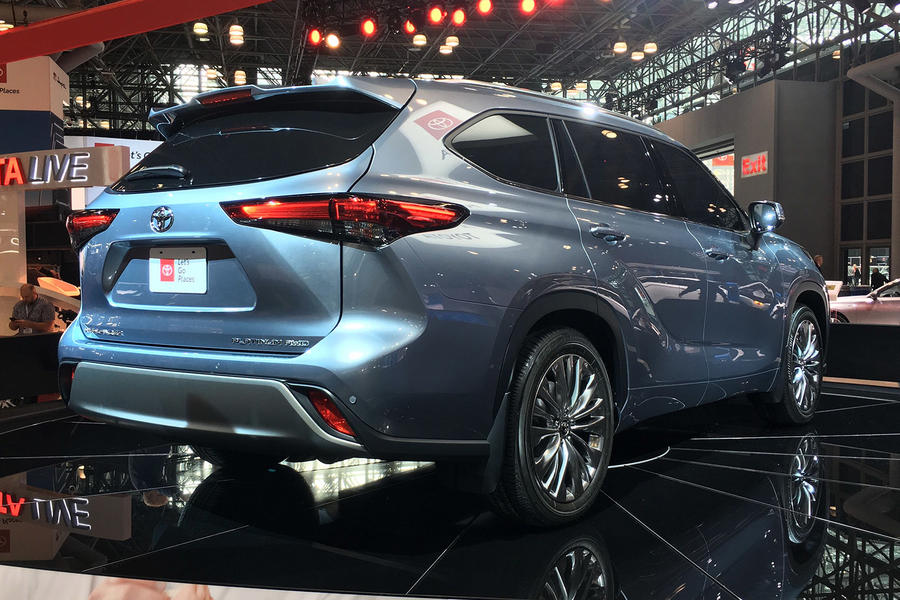 The US-bound Highlander's exterior now has much in common with the (smaller) new RAV4, which uses the same hybrid powertrain.

Inside, the second-row bench can be exchanged for two individual seats, so the Highlander can carry either seven or eight people.

With the second and third rows folded down, the Highlander has a total 2075 litres of cargo space in both petrol and hybrid forms.

Range-topping Platinum trim includes a new 12.3in touchscreen infotainment system, while other models get an 8.0in display. Both set-ups support Android Auto and Apple CarPlay smartphone connectivity.

The petrol Highlander is set to go on sale in the US by the end of 2019, while hybrid models will arrive in early 2020. Pricing has yet to be confirmed, and there are currently no plans to bring the Highlander to the UK.