The G20-generation BMW 3 Series Touring’s arrival in the UK coincides with our collective love for estate cars taking something of a dive, while demand for high-riding SUVs continues to skyrocket. Yet BMW expects it to quickly account for one in every four 3 Series models sold.

That should come as little surprise; the Touring remains the de facto choice for those who demand driver engagement as well as extended boot space. It does, after all, share its chassis with our current favourite compact saloon.

Mechanical differences largely boil down to stiffer anti-roll bars and a softened front suspension setup to account for heavier loads over the rear axle, while the 3.0-litre diesel engine found in this 330d xDrive variant is now the entry-level six-cylinder unit, with the petrol-powered 330i having made the switch to a four-pot.

This top-spec M Sport Plus Edition car rides on 19in alloy wheels, rather than the 18in set fitted to the standard M Sport model we tested on the continent earlier this year. It also gets adaptive suspension, upgraded brakes, variable sport steering and an active differential, making it the most advanced trim level going - at least until the arrival later this year of the M340i, which is as close to an M3 Touring as we'll get. 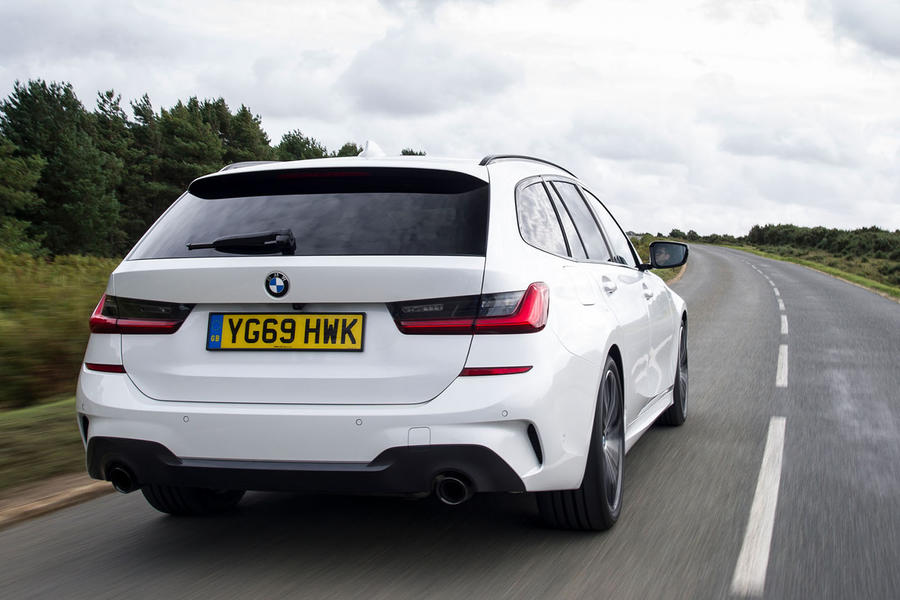 The 3 Series Touring offers a largely familiar driving experience to the 3 Series saloon, with only slight differences in handling that are noticed most prominently in the corners.

While the Touring grips and steers very well, it still lacks a little of the precision and directness that we know its platform to be capable of. Even so, it can still claim to be one of the most dynamic estate cars around, having made the smallest of compromises to accommodate a larger load space.

Longer, taller and wider than its predecessor, it has made small gains in seats-raised stowage. A capacity of 500 litres means the Volvo V60 will swallow slightly more, but with the rear seats folded, 1510 litres is bettered only by the Skoda Superb Estate. A wider tailgate and a low lip make for easier loading, the rear bench can be folded electrically for added convenience and the two-part opening makes a return. A tiny button hidden under the rear wiper pops the tailgate window for quicker access, but it's so well hidden that you might forget the feature exists at all.

Rear passengers are well catered for, too, with ample head and leg room for a pair of six-footers regardless of whether the optional sunroof is installed or not.

Material quality inside now sits comfortably among the best in the class, while BMW’s latest infotainment system is up there with those of Audi and Mercedes for visual impact, even if it isn't as customisable. The dashboard-mounted screen can now recognise your prods and presses, although the rotary dial returns for the touchscreen-averse.

This interior is so modern, in fact, that passengers hoping to recharge their gadgets will need a USB-C cable. The Touring has three, but only one regular USB port for the driver to hook up their handset. Apple CarPlay is free only for the first year, however, and Android Auto is absent altogether.

The six-cylinder engine’s power delivery is effortlessly smooth, with peak torque arriving very early in the range, yet it has a willingness to rev that’s rarely encountered in a diesel. It can feel a little overly eager in stop-start traffic but quickly settles and is easy to modulate. It’s largely unchallenged by heavier loads and motorway speeds, where it stays refined and quiet.

In the sportier driving modes, the eight-speed automatic gearbox responds quickly to shifts, so you’re never left waiting during an overtake. It can be more hesitant in Comfort, but on the flipside you can expect to see fuel economy in the high 40mpg range without much effort. That said, the four-cylinder 320d weighs less and should be even more frugal, especially if you opt to leave all-wheel drive (xDrive) off the options list.

The adaptive damping can only do so much to offset the 19in alloy and run-flat tyre combination, with a ride that’s generally compliant and settled at low speeds. Coarser surfaces still make themselves felt in ways the Audi A4 Avant manages to mitigate, though. 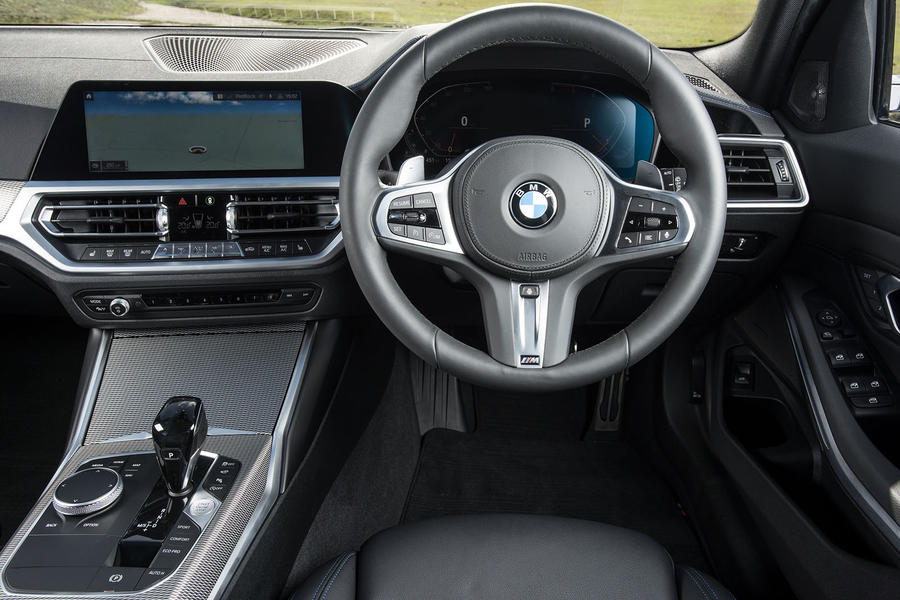 Do you care about driver involvement but also demand the extra luggage space an estate provides? If so, the 3 Series Touring is an excellent choice that gives up little in the name of practicality. With a premium of just £1500 over the equivalent saloon, the choice is unlikely to make a dramatic difference to your monthly PCP payment.

The 3 Series saloon remains the better drive overall, though, even if the differences are minor. And while the 330d’s 3.0-litre engine is fantastically capable, we expect the more economical 320d will prove better suited to the majority of customers. 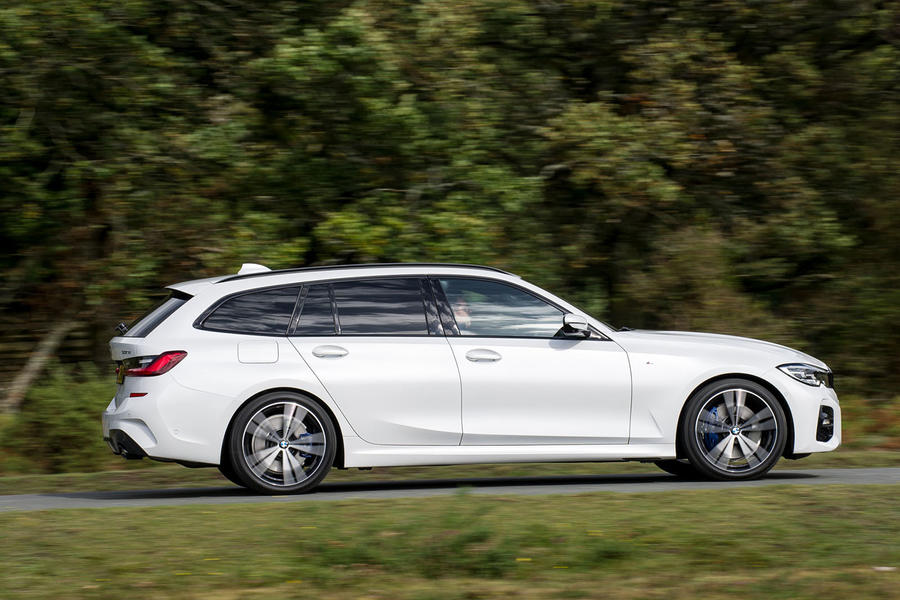 Time to stop this spam

Please, Haymarket can you find out how others stop this spamming of these forums? The opportunity to grumpily moan about the BMW's price eluded me and I need to comment on this. Here's some thoughts:

- Make the forum's nominally chargeable (free to readers and something more modest for the keyboard warriors). It might stop a large chunk of spammers?

- Filter for bold and hyperlinks (most posters here never use them)

What does it take?

You'd need one of those $20k a month jobs advertised here or dare I say, the owner of an escort agency (which seems to be a first on these forums?) to buy that BMW.

The question is, how much longer will Autocar tollerate such comment? Goa Escorts indeed. What's the red-line that needs to be crossed before Autocar disallows reader comments.

Sorry but this website has become a farce simply because Autocar are not managing it.

Yeah you are right £55k is on the high side and I like to say in general BMW are getting too expensive,Its just when you go into showroom to pick a model you like and spec it WOW I cant put electric seats in unless its in a pack or you pay an extra £1200 for a sunroof this is whats wrong with car makers these days you cant spec a car to suit you,They advertise say £35k and by the time you get to showroom its £42k is any wonder sales are down and dont blame brexit its more complicated than that well got that of my chest way to look at more cars.