BACK TO ALL NEWS
Currently reading: Amazon leads £544 million investment in EV start-up Rivian
UP NEXT
Hope for Bloodhound LSR project as sponsor talks start again

The fledgling manufacturer has attracted big interest since its public debut at the 2018 Los Angeles motor show. Today's round, which includes investment from existing shareholders, brings the total raised by the company to around $1.15 billion (£894.5m).

According to sources speaking to

The two models share their drivetrains, too. Four electric motors, one for each wheel, give them four-wheel drive. Each motor produces 197bhp (total combined figures through the gearbox are 754bhp and 826lb ft in the 135kWh version), which allows for prodigious performance. It’s claimed both vehicles can crack 0-60mph in just 3.0sec and 0-100mph in less than 7.0sec in the 135kWh versions.

Double wishbone front and multi-link rear suspension features, alongside air springs and adaptive dampers. Rivian claims the electric drivetrain and chassis set-up allows for both impressive on-road performance and handling and precise off-road control that surpasses any existing mechanical solutions. Its flat floor is also reinforced with carbonfibre and Kevlar to protect the battery pack, while both models get five-star crash test safety ratings in the US.

A distinctive front-end exterior design appears on both cars, while the spacious interiors get premium but durable materials that are easy to clean, in keeping with the cars’ off-road lifestyle brief. Two screens feature inside, running Rivian’s own software and graphics.

There are packs of novel hidden features and clever solutions in both models, including a 330-litre front storage under the nose, and the pick-up has a full-width storage compartment between the rear doors and rear wheels that’s good for housing golf clubs. 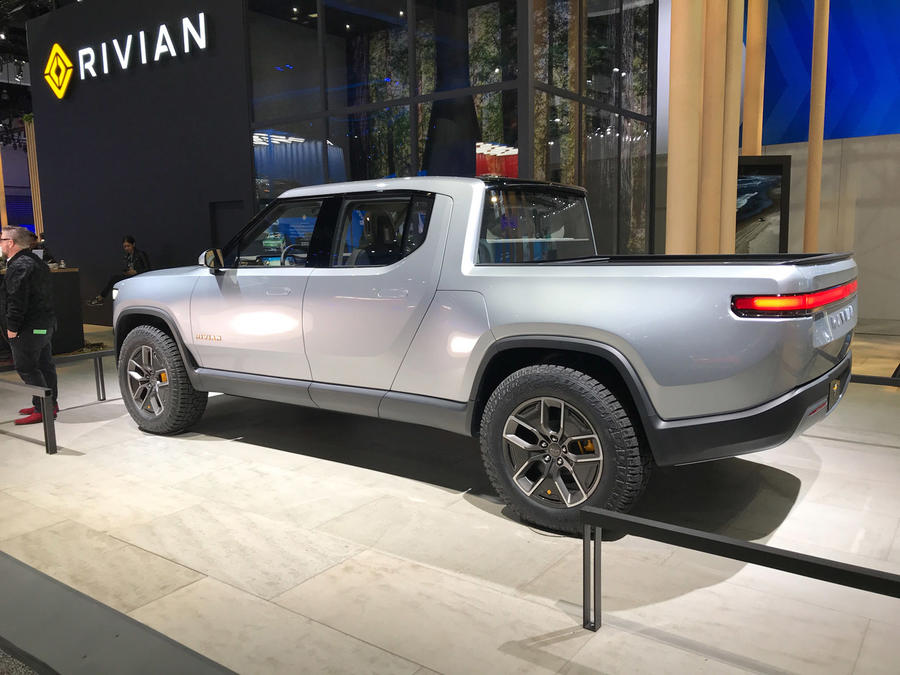 Rivian, first formed in 2009, is looking to do things differently from other start-ups by having its entire business plan and funding in place before going public with its intentions, and even then keeping targets conservative.

Company founder and CEO RJ Scaringe has already gone through two stillborn versions of the R1T to get to this third, production-ready version.

The US-based company is backed by investors from the Middle East, and employs some 750 people worldwide. Its design and engineering centre is based in Plymouth, Michigan, and other key sites include a battery development facility in Irvine, California. It has opened an advanced engineering centre in Chertsey, Surrey, too. 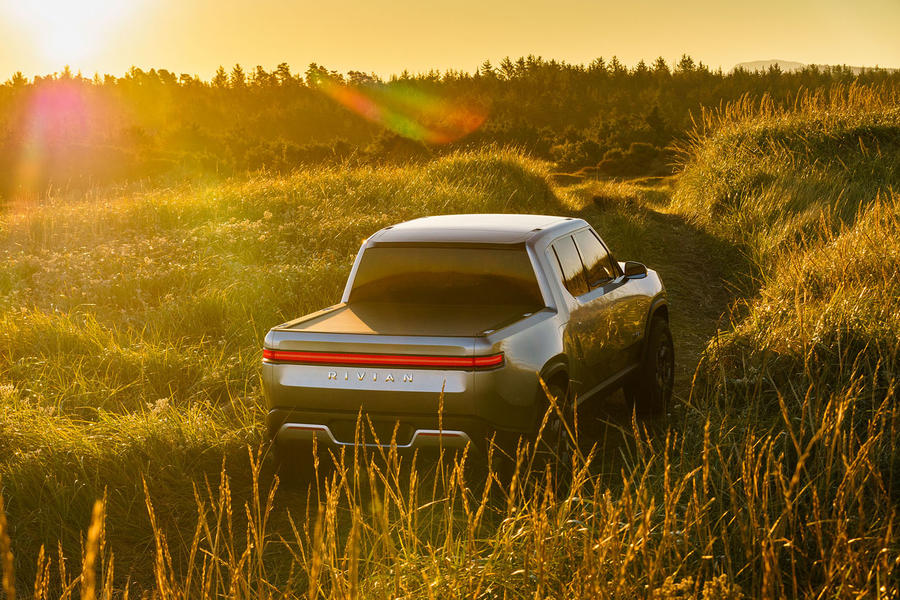 Manufacturing will take place at an old Mitsubishi plant in Illinois, bought by Rivian for $16 million (£12.5m) last year. This has a capacity of up to 350,000 units per year.

Rivian’s ambitions are much lower than that initially, with plans to be selling some 50,000-60,000 of its premium electric off-roaders by 2025-2026. It does, however, plan to offer its electric skateboard chassis to other companies – either car makers or any brand looking to launch an electric car – as long as their products don't compete with Rivian’s own. The R1T will go into production in late 2020 with the R1S in early 2021, the former priced from around $70,000 (£55,000). Right-hand drive production for the UK will follow around a year later.

Dyson's electric car - our vision of what it will be like

Another reason jlr better get

Another reason jlr better get its shit together and electrify

At the same time electric engines have far fewer moving parts so even they might be able to build something that doesn't break down as often...

Somehow I doubt it.

The range figures of 210-420 miles are of course in ideal conditions with a light load.  I use a diesel pickup to tow horses and some of the venues are 200-400 miles away.  In fact I once towed my horse 510 miles without filling up.  How many miles does the Rivian do towing horses with full aircon?  How many charging stations are set up to cope with a truck and trailer?  What are the horses supposed to do while it recharges?  I may be an outlier but "the leisure industry" also tows boats, caravans and trailers with all sorts of stuff packed on them.  Indulging in the amazing acceleration will short an already short range.  I like the Rivian and I think there is a market for it but it's a light duty sport truck that can be used for towing locally, say to the dump, not a proper work truck.

You say all of this won't take off but I reckon you are being the stupidest of the lot in this thread...

If Amazon has invested in this then I reckon there is a lot of hope in the brand.  After all Amazon hasn't become the second company in history to become a trillion dollar company by nothing - there must be a reason behind it.