BACK TO ALL NEWS
Currently reading: 2017 Volkswagen e-Golf revealed in LA
UP NEXT
New Volkswagen CEO Schafer to make brand "loved" again

New Golf EV can cover 186 miles on a single charge, a 50% increase compared with its predecessor
Open gallery
Close

The 2017 Volkswagen e-Golf has been revealed at the Los Angeles motor show as a heavily revised all-electric model that offers 50% more range than its predecessor.

The updated car can cover up to 186 miles on a single according to New European Driving Cycle (NEDC) tests, and Volkswagen claims that 124 miles or more is possible in real-world driving.

This ranks the new e-Golf above its, key rival, the Nissan Leaf, which according to NEDC tests has a 156-mile range - or about 110 miles in real-world driving conditions. However, the new Renault Zoe trumps both models with its claimed 250-mile range and estimated 186-mile real-world range. 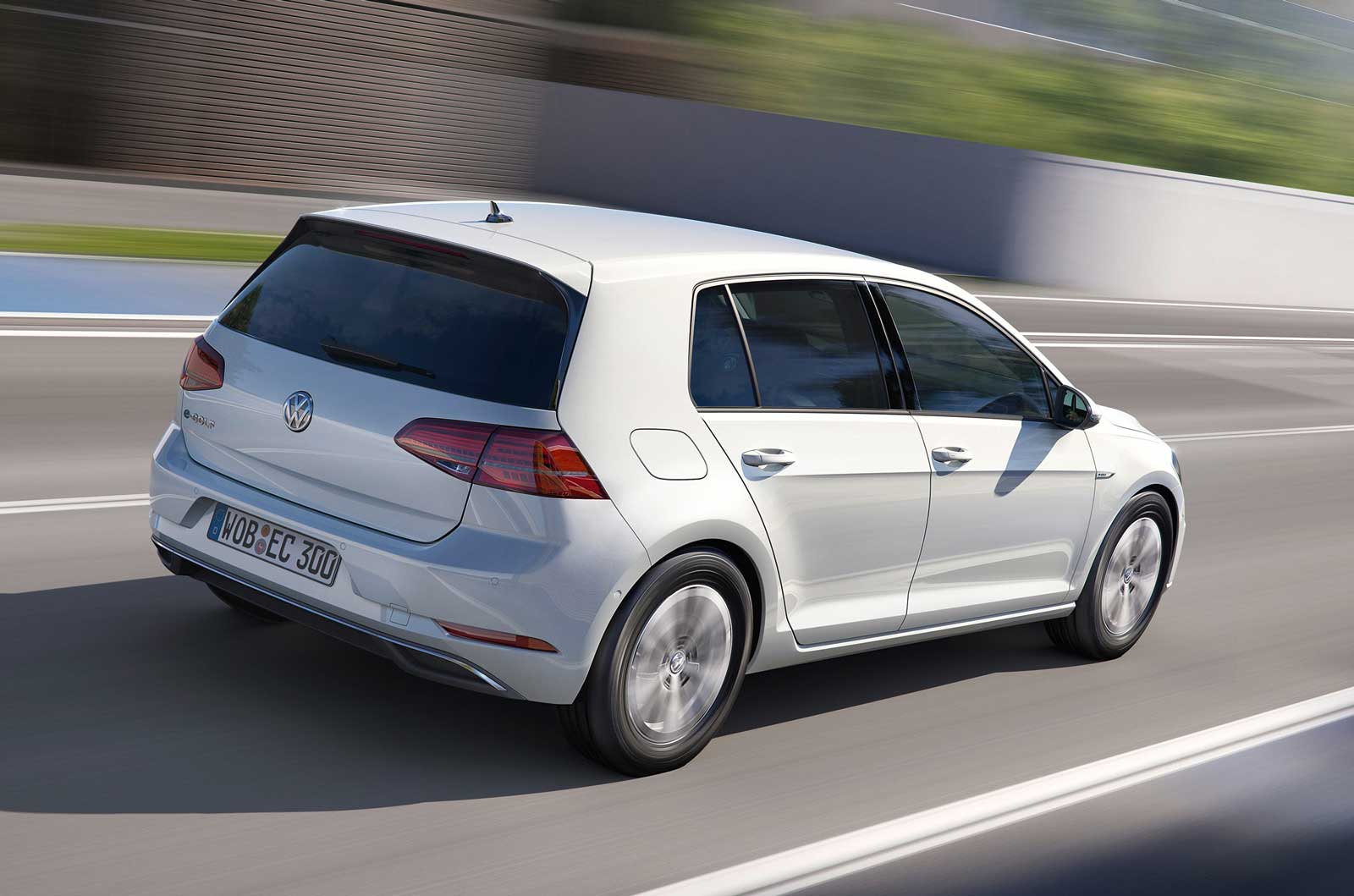 The e-Golf has a 35.8kWh lithium-ion battery (up from 24.2kWh), producing 134bhp and 214lb ft of torque. Volkswagen says the car’s battery can be charged to 80% capacity in an hour using a 40kW fast charger. When using a conventional wall charger of 7.2kW, charging to 100% takes less than six hours.

Straight-line performance has also been improved, with the 0-62mph dash taking 9.6sec, eight tenths of a second quicker than before. Top speed is now 93mph, 6mph more than the outgoing car.

Along with the technical changes for the 2017 e-Golf are the same aesthetic updates that have been applied to the facelifted Golf range. The refreshed look adds full LED headlights and tail-lights, along with tweaked front and rear bumper designs.

Inside, the new e-Golf gets Volkswagen’s Active Info Display, a 12.3in screen that replaces traditional instrument dials. Additionally, a centre console-mounted 9.2in touchscreen infotainment system now features gesture control as standard – a first for production EVs. 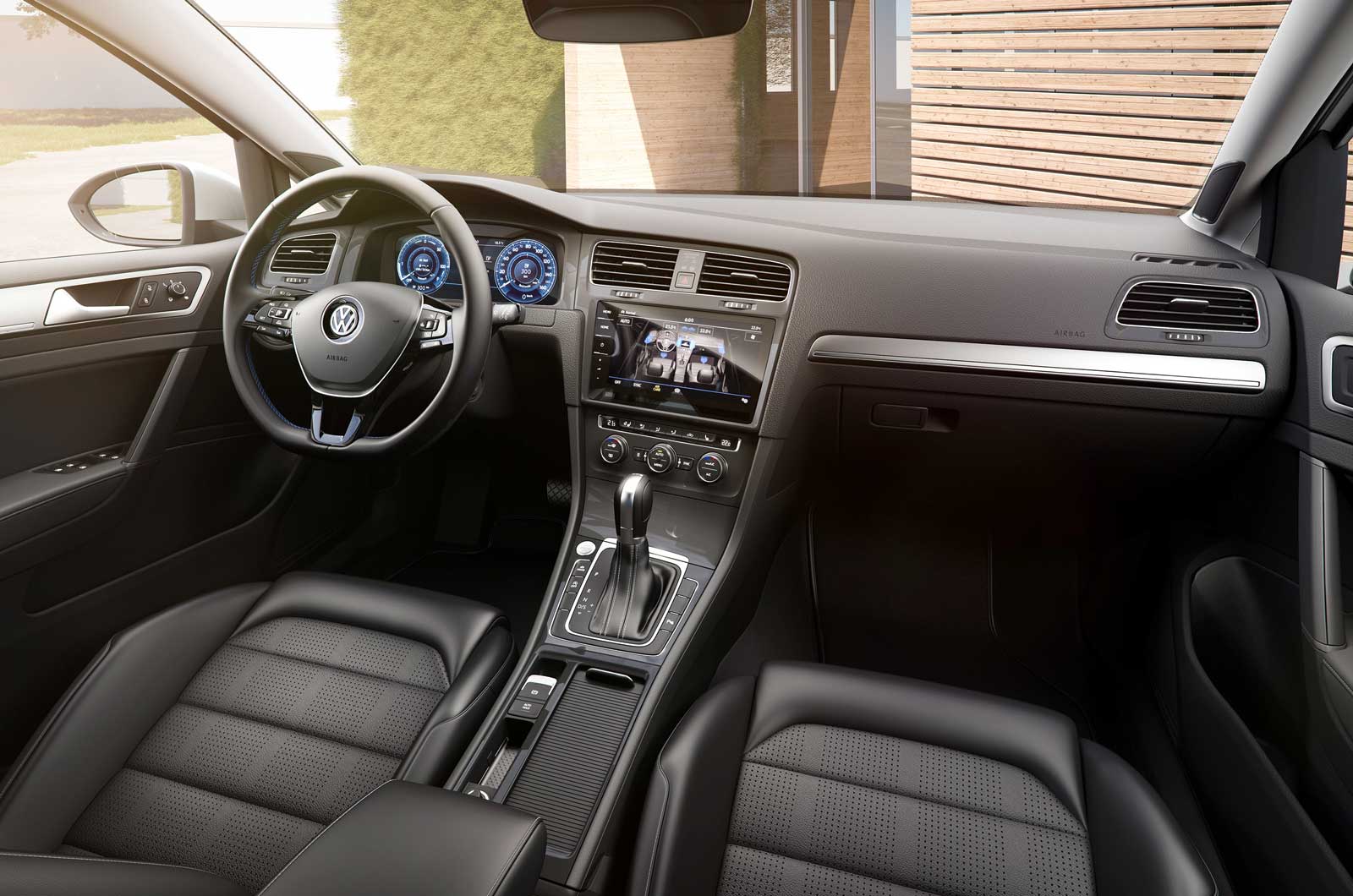 New driver assist programmes added to the 2017 model are Traffic Jam Assist, which can autonomously control the throttle and brakes in traffic of speeds up to 37mph, pedestrian monitoring for front assist with City Emergency Braking technology, and an emergency stop system that can halt the car if it senses that its driver has been taken ill.

Pricing and on sale date

UK order books for the regular 2017 Golf range open in April. Sales for the e-Golf will likely commence at this time, although this is yet to be confirmed by Volkswagen.

Pricing will be revealed closer to this time, but Volkswagen officials have hinted at a small price hike over the outgoing model, which currently costs from £31,680.

Video of the new Volkswagen Golf

How to ruin a car

What a shameful waste of a good Golf. With a proper engine that could be a decent and practical car, instead it's a useless heap of garbage. Electric cars are going nowhere.
reckless fox 17 November 2016

Why so little range

If 35.8kwh battery gives 186 miles real world range then a 60kwh battery should, even allowing for extra weight, be 300 miles and a 90kwh (like the New Jaguar) over 400 miles.
Obviously it would also be more expensive but the customer base for a 3-400 mile range vehicle would be massively more as it could easily be an only car, not a second one.
The Apprentice 17 November 2016

If 35.8kwh battery gives 186 miles real world range then a 60kwh battery should, even allowing for extra weight, be 300 miles and a 90kwh (like the New Jaguar) over 400 miles.
Obviously it would also be more expensive but the customer base for a 3-400 mile range vehicle would be massively more as it could easily be an only car, not a second one.

Ideally yes it should be that simple (although the eGolf already has a severely compromised boot as it is, bigger battery and there would be none left!) but the problem is there is a serious lack of rapid charging network and very limited domestic charging ability. Frustrating really as we can make good cars, electric motors great, bigger batteries, no problem but its now approaching 'the wall' of charging ability.

I get paid 85 bucks hourly for freelancing. I never thought I can manage to do it but my good friend is making 10000 dollars each month by doing this jobb and shere commended me to check it out.D@2..