BACK TO ALL NEWS
Currently reading: 2017 Volkswagen Golf prices revealed
UP NEXT
Bespoke ‘Silent Shadow’ to start EV era at Rolls-Royce

The predictably subtle mid-life changes brought to the Golf are designed to improve the overall competitiveness of the seventh-generation model against a raft of rivals until the arrival of more heavily altered eighth-generation Golf in 2019.

Pricing has just been announced: most models cost on average £650 less than their predecessors, although the entry-level 1.0 TSI 85 three-door retains its price of £17,625. Higher up the range, the Golf GTI starts at £27,865 in three-door manual form, and the Golf R tops the price chart at £33,935 with five doors and a DSG gearbox. Prices for models with the new 1.5-litre petrol engine have not yet been released.

Visually, the 2017 Golf departs little from today’s four-year-old model, with only minor changes to its exterior.

Further changes to the appearance of Europe’s best-selling car include a new range of wheel designs and exterior colours. 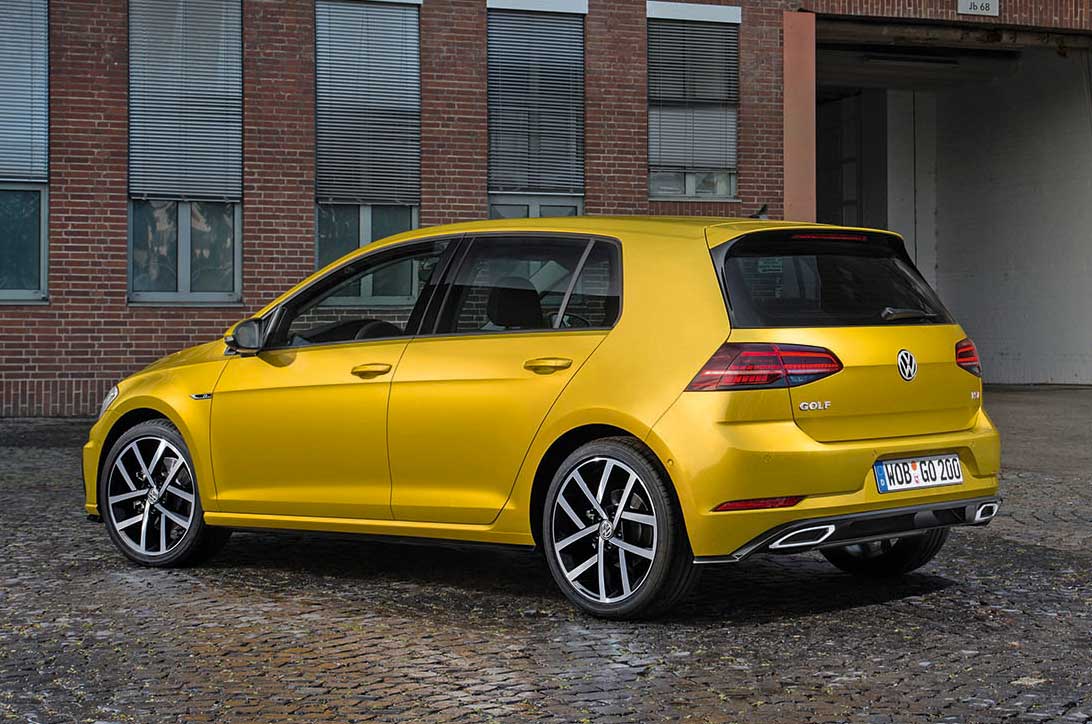 The main focus of the changes made to the seventh-generation Golf is reserved for the interior. New to the facelifted model are revised trims for the doors, dashboard and centre console.

In line with other recent new Volkswagen models, it also receives a new optional Active Info Display with 12.3in high-definition monitor, which can be ordered in place of the standard analogue instrument pack.

The Active Info Display supports five different information profiles, called classic, consumption and range, efficiency, performance and driver assistance and navigation. Depending on the model, the digital instrument graphics are customised, with the GTI receiving a predominantly red theme and the GTE using mainly blue hue.

More significant are the updates brought to the various infotainment systems offered on the new Golf. The facelifted model receives five optional touch-based systems, all of which now support larger screens and an altered operating system that, on the range-topping Discover Pro unit, supports gesture control.

Volkswagen Golf variants to be cut from the range

Together with the new optional infotainment systems, the facelifted Golf also receives the latest generation of Volkswagen’s on-line services, including an updated App Connect feature that allows it to integrate with the latest versions of Apple CarPlay and Android Auto and MirrorLink.

Volkswagen’s best-selling model also adopts a number of new or updated driver assistant systems. Included is Traffic Jam Assist, which automatically applies the brakes to ease driving in stop/go traffic at speeds of up to 37mph, Emergency Assist, which sounds a warning and subsequently initiates an emergency stop when it detects the driver is incapacitated, Lane Assist plus ACC for active lane keeping with countersteer ability, an updated City Emergency Braking system that brings pedestrian detection to the existing Front Assist function that employees autonomous braking for collision avoidance, and Park Assist 3.0 that provides semi-autonomous parking in both parallel and perpendicular spaces. 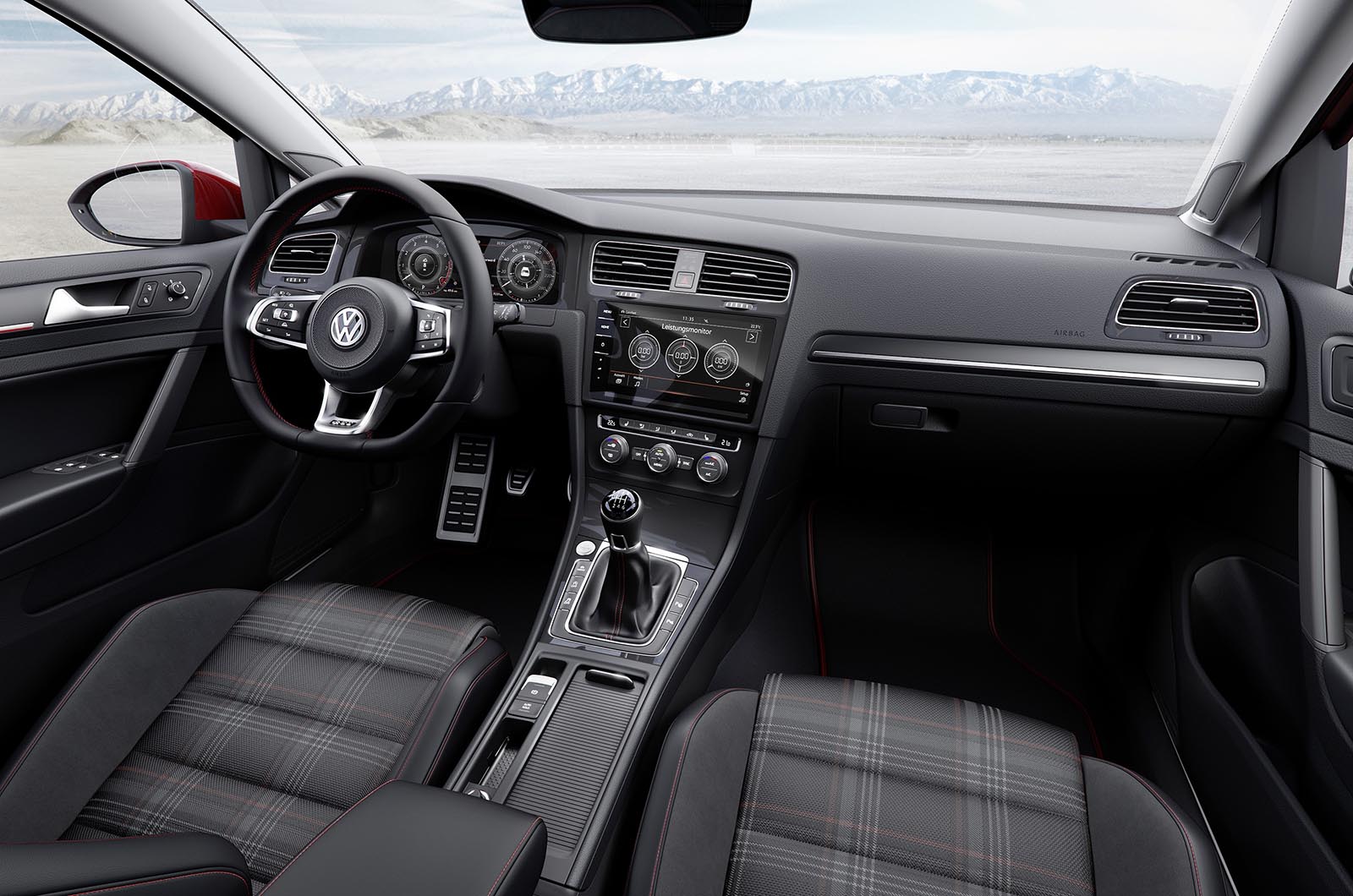 Volkswagen has confirmed the introduction of an advanced new turbocharged 1.5-litre petrol engine, although it is yet to reveal the full petrol engine line-up or details of the any of the diesel units for the facelifted seventh-generation Golf.

Kicking off proceedings are Volkswagen’s familiar EA211 turbocharged 1.2 and 1.4-litre petrol powerplants in successors to today’s 1.2 TSI and 1.4 TSI models.

The new 1.5-litre four-cylinder engine, which will power a pair of new 1.5 TSI EVO models, is a development of the existing EA211 engine. It draws on a number engineering solutions already brought to sister company Audi’s new turbocharged 2.0-litre four-cylinder unit, including a new combustion process based around the Miller cycle principle, a turbocharger with variable turbine geometry and Active Cylinder Management that idles the two middle cylinders on light throttle loads for added fuel savings.

In its most powerful guise as fitted to the Golf 1.5 TSI Evo, the new 1.5-litre engine delivers 148bhp, along with 184lb ft at 1500rpm, giving it the same output as the 1.4-litre engine it replaces. No performance claims have been revealed, but Volkswagen quotes combined cycle fuel consumption and an average CO2 rating of 57.7mpg and 110g/km respectively, bettering its predecessor by 3.4mpg and 9g/km.

An even more economical version of the new 1.5-litre four-cylinder powers a new Golf 1.5 TSI Evo BlueMotion model. Tuned to deliver 128bhp and 147lb ft, it alos receives a coasting function that shuts down the engine on extended periods of trailing throttle, providing claimed combined consumption of 61.4mpg and average CO2 emissions of 104g/km.

By comparison, the lower-powered version of the earlier 1.4-litre engine delivered 123bhp and 147lb ft for respective fuel consumption and emission figures of 54.3mpg and 120g/km.

Among future developments being pursued by Volkswagen for its latest petrol engine is a particulate filter, which is claimed to further reduce its emissions.

Further up the range, the Golf GTI’s existing turbocharged 2.0-litre four-cylinder petrol engine has been retuned, giving it an added 10bhp in both models. In the standard GTI, the EA888 designated unit now delivers 226bhp, while the GTI Performance now develops 242bhp. 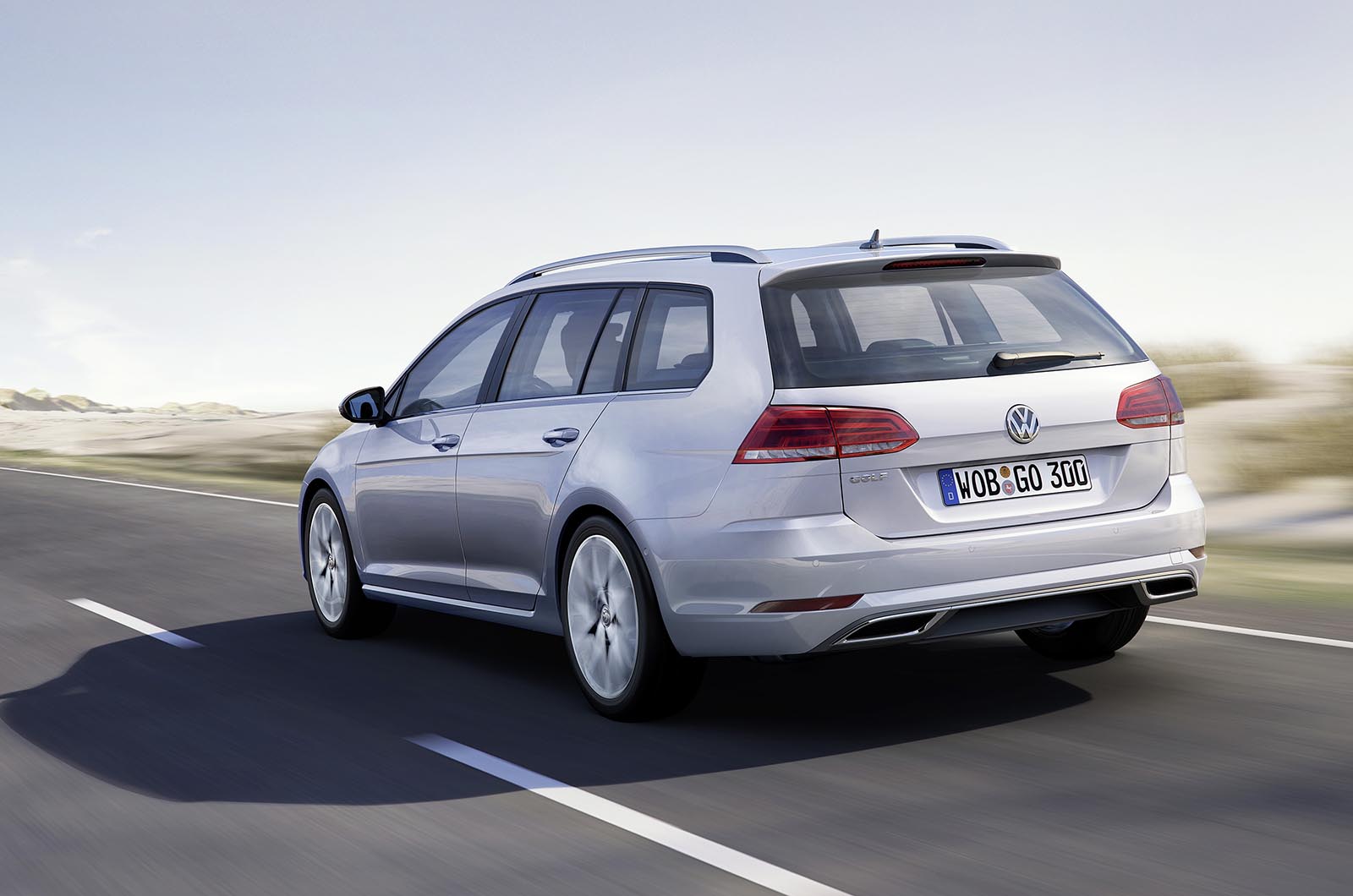 Other hybrids in the Golf range will be a 12-volt system, coupled to the 1.5-litre engine. A 48v system won't be introduced to this Golf as it's too expensive a technology. VW chairman Frank Welsch expects that it will take 3-5 years for a 48v system to make it to the Golf's class. It will arrive in a more luxury car at the end of next year, however, which we expect to be the Touareg.

At next week’s Los Angeles motor show, Volkswagen will also unveil the new eGolf. Already previewed at the recent Paris motor show, it adopts a 38.5kWh lithium ion battery in place of today’s 24.2kWh unit in a move claimed to boost its range beyond 186 miles.

Volkswagen has now confirmed that the Golf R will recieve a 10bhp power hike, bringing its total output to 306bhp. Torque is also up to 295lb ft, trimming the car's 0-62mph time to 4.6sec - three tenths quicker than before.

Welsch wouldn't confirm a 1.5-litre diesel engine, and stressed the point that they have 'no need to change them' because they are 'the best in class'. Volkswagen previously confirmed that its engineers are developing a new turbocharged 1.5-litre four-cylinder diesel engine to replace the existing 1.6-litre unit.

Further driveline developments include the introduction of a newly developed seven-speed DSG dual-clutch automatic gearbox. To be offered as an option to a standard six-speed manual, it replaces the existing optional six-speed unit in more powerful Golf models and contributes to a reduction in claimed CO2 emissions.

2018, the year after the new Golf arrives, marks the debut of the next Ford Focus, which will be both larger and more premium than the car it replaces. It could therefore become a stronger alternative to the Golf.

The BMW 1 Series will likley remain the Golf's most comparable rival. That car has only recently been updated.

Watch the 2017 Volkswagen Golf live reveal in the feed below

What happened to the hybrid power train? and did I read that right that Volkswagen is cutting the list price? Some sense. At last. Should help beef up sales further.
odie_the_dog 1 February 2017

A fool and his money are soon parted as this demonstrates.

the evolution of dullness

Yes it still looks as stylish as a cardboard box only lifted by the usual VAG obsession with gaudy super bright chav lighting. I have never been a fan of the golf design so it can drive as functionally well as it wants but I couldn't bring my self to buy something so devoid of style and emotion.
View all comments (28)