Porsche brought its limited-run, 690bhp 935 track car to the Goodwood Festival of Speed for a dynamic debut ahead of customer deliveries later this year.

The 935, which harks back to the similarly named 24 Hours of Le Mans challenger from the 1970s, took to the Goodwood hillclimb for the first time with Autocar's Andrew Frankel behind the wheel.

Like the original 935, the new car is based on a heavily reworked 911 - in this case, the 911 GT2 RS, and Porsche calls it a “birthday present from Porsche Motorsport to fans all over the world”.

The body of the new 935, which was launched at the Rennsport Reunion event at Laguna Seca in California, has been extensively reworked, with a long tail and large rear wing that echoes the 935/78 that competed at Le Mans in 1978. That car earned the nickname Moby Dick due to its elongated ‘whale tail’ rear end. 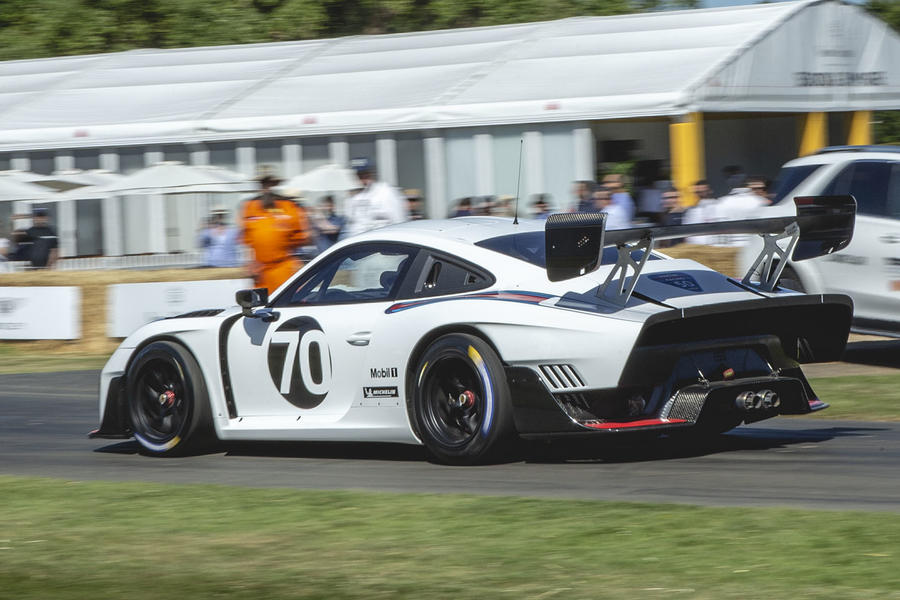 The new 935 will be produced in a limited run of 77 units, but won’t be homologated for competition. Frank-Steffen Walliser, Porsche’s vice president for motorsport, said: “Because the car isn’t homologated [for competition], engineers and designers didn’t have to follow the usual rules and thus had freedom in the development.”

The extended rear makes the new car 4.87 metres long, and it is 2.03 metres wide. It also features aerodynamically capped wheel rims inspired by the 935/78. Additional design features pay tribute to other Porsche racers: the rear wing end play lights are styled on the 919 Hybrid LMP1 car, the side mirrors come from the current 911 RSR racer, and the titanium tailpipes echo the 1968 Porsche 908.

The 935 is powered by the 3.8-litre six-cylinder twin-turbo from the current 911 GT2 RS road car, with 690bhp transferred to the wheels through a seven-speed gearbox. It has a limited-slip differential and features driver assistance systems from the road car including traction control and anti-lock braking, which can be turned off if required.

The legend of Porsche's Moby Dick

The original 935 was introduced in 1976, to meet the Group 5 sports car regulations. Those rules allowed for ‘silhouette’ cars, although there was limited definition of what that meant, allowing manufacturers to run bespoke racers that looked like road cars.

The first version of the 935 was relatively refined, but it was continually developed by project engineer Norbert Singer, and by the following year featured several aerodynamic revamps. By the following year Porsche had taken that to extremes, with the 935/78’s elongated ‘whale tail’ to maximise airflow at the back of the car on Le Mans’s long Mulsanne straight.

Despite its fame, the ‘Moby Dick’ 935/78 only took a single race win, in the 1978 Silverstone Six Hours, and struggled at Le Mans with high fuel consumption and a number of technical issues.

In total, the various versions of the 935 won more than 100 sports car races. While a works Porsche 935 didn’t claim an outright Le Mans win, the Kremer team won the event in 1979, driving a customer 935 K3. 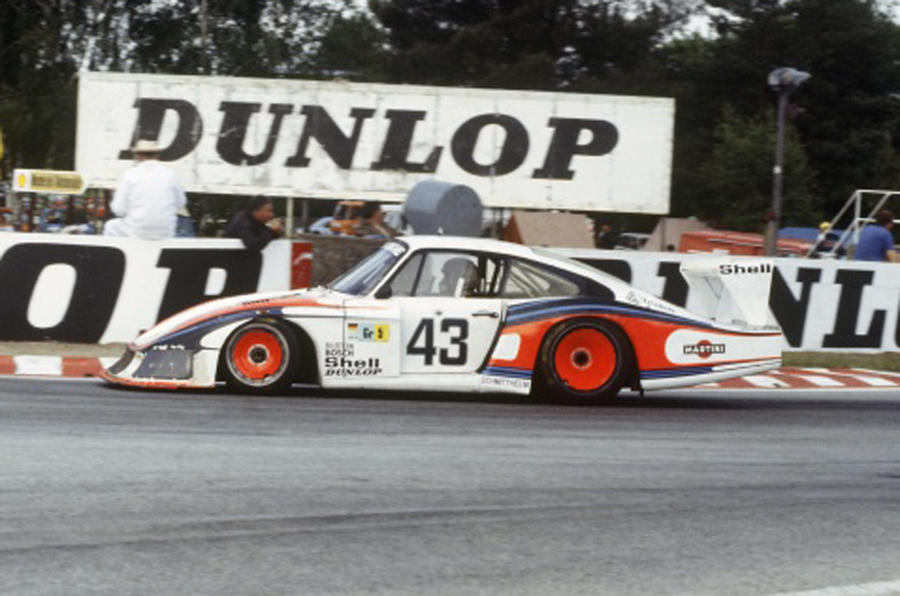 ... but it's sort of cheesy, too.  It looks like a character in one of the Cars movies.

Simply amazing! That is all!

WOW!!!!, as someone has already said,I built a 1/12 model of “Moby Dick” by Tamika twenty odd years ago so I roughly no every nut and bolt, but this version?, I love it!, it’s so close to the original.