Aston Martin is using this year's Goodwood Festival of Speed to show off the new DBS Superleggera Volante up the iconic hillclimb course.

The Volante, the fastest convertible in the brand's history, is due to be handed over to eagerly awaiting owners in the next couple of months.

Capable of hitting 211mph – identical to the hard-top DBS – the British firm’s newest addition is priced from £247,500. That headline figure is £22,500 more than the coupé, but Aston claims the “extra level of sensory overload that only an open-top super-GT can deliver” justifies the premium.

The roof itself is the most advanced soft-top the firm has ever produced, with eight layers of insulation and the ability to fully open it in 14sec – from inside the car or externally via the remote. The mechanism is said to have been put through more than 100,000 cycles in development in everywhere from Nevada’s Death Valley to the Arctic Circle. 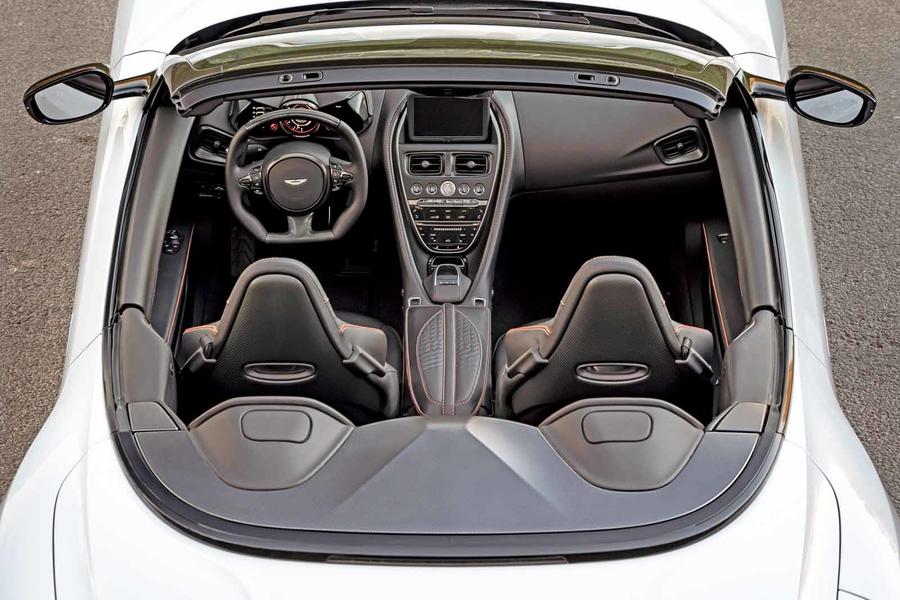 The roof compresses to a claimed class-leading height of 26cm in the boot, maximising available luggage space. The soft-top itself is available in eight exterior colours, with six interior headliners available to order.

The twin-turbocharged 5.2-litre V12 produces an identical 715bhp and 664lb ft of torque to the coupé, too. Estimated fuel economy is reduced from the 22.9mpg of the coupé to 20.1mpg under the new WLTP testing regime.

Aside from the roof, the rest of the Volante’s exterior is broadly identical to the coupé’s. However, Aston has lightly revised the car’s rear profile – in particular the 'Aeroblade' surfaces of the rear deck – to compensate for any aerodynamic losses from the soft-top. As a result, it produces 177kg of downforce at its peak – a mere 3kg less than the coupé.

It's wonderful to be here with everyone, I have a lot of knowledge of what you share, to say thank you, the information and knowledge here help me a lot.

Lousy pics?, I think so, makes the Car look huge, a human in it or beside it would have given a better idea of how much road it takes up.....