BACK TO ALL NEWS
Currently reading: Volvo V60 estate priced from £31,810
UP NEXT
Test drives remain as critical as ever for car buyers and sellers

Roomier load-lugger goes up against Audi A4 Avant and BMW 3 Series Touring; entry-level car is £7665 more expensive than the last
Open gallery
Close

Volvo's roomier, higher-technology and more upmarket replacement for the Volvo V60 estate, revealed at the Geneva motor show earlier this year, will be priced at £31,810 - £7665 more than the outgoing entry-level model.

Volvo says that the increase in price reflects the significant step up in engineering product quality and equipment levels over the outgoing V60, of which Volvo sold around 3000 in the UK last year. This equates to 4.3% of the market - although it's expected that Volvo is aiming for a larger slice of sales with the new model.

The new prices place the car in line with the German competition, and Volvo insists that the V60 will offer more equipment for the money. Expect the price to rise above £50k for the bells-and-whistles T6 plug-in, however - prices have not yet been disclosed as the hybrid will be released later.

First deliveries are expected to take place in September, although the hybrid models - two mild hybrids and a T6 Twin Engine plug-in hybrid - will come later. At launch, the range-topping V60 is the 247bhp T5 Inscription Pro automatic, at £40,670.

A two-year PCP contract for the entry-level D3 Momentum is £299 per month, with a 10,000-mile annual limit and a customer deposit of £4387. Volvo will also offer a Care by Volvo subscription package for the V60, similar to the one launched with the XC40 last year. In Europe it will cost €850, with British pricing yet to be set.

The new load-lugger shares its SPA (Scalable Product Platform) with Volvo’s current crop of new cars and SUVs, and will be a highly competitive model in a class currently dominated by the Audi A4 Avant and BMW 3 Series Touring.

These roomy dimensions make the V60 the biggest car in its class. Volvo has increased both passenger and luggage space considerably from the outgoing V60, an eight-year-old design loosely based on a Ford platform that's more than a decade old. 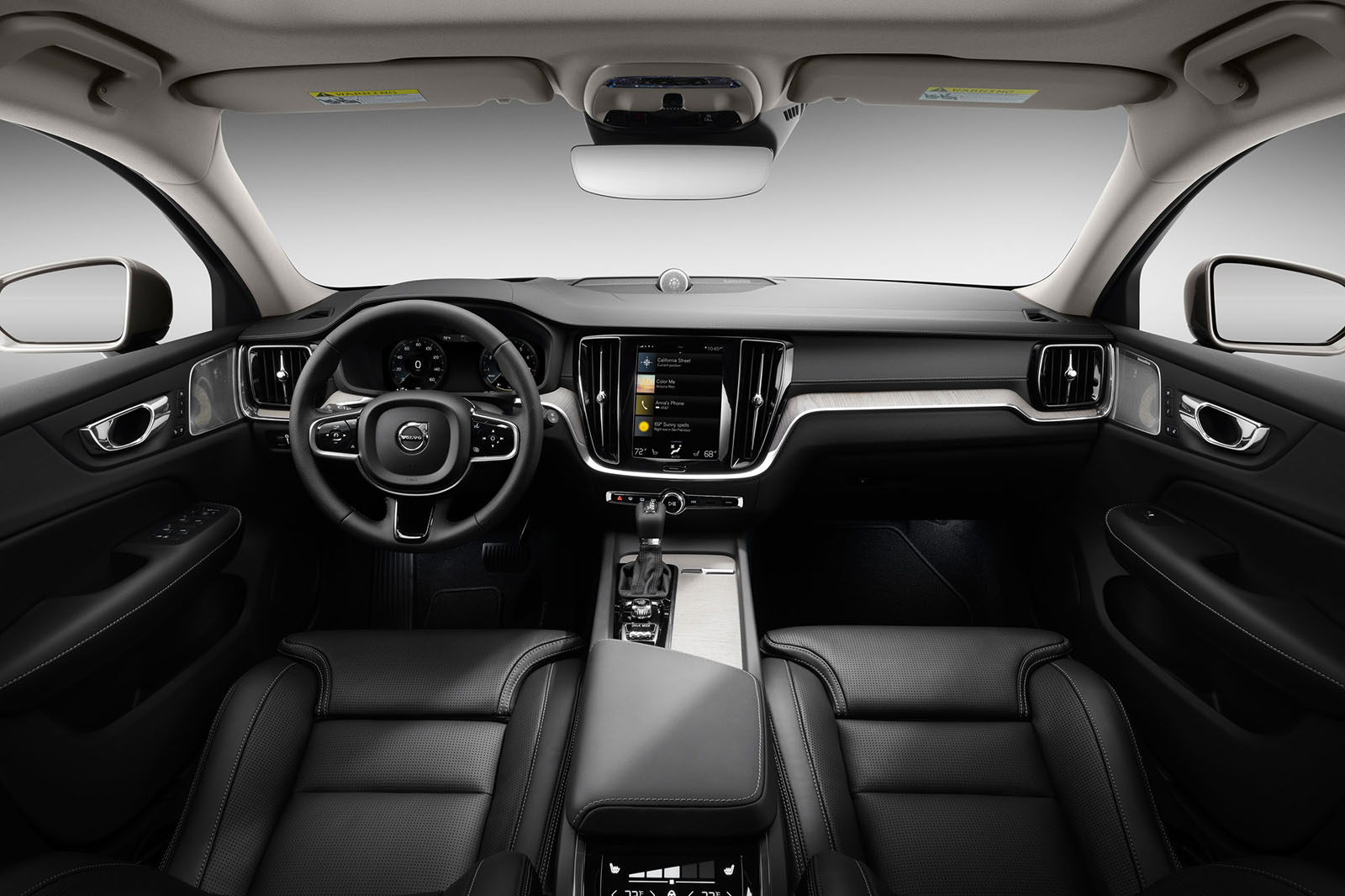 Boot volume has been prioritised to satisfy demand from family customers who want plenty of room for parental paraphernalia and lifestyle equipment.

Capacity is said to be class-leading, meaning it is expected to be bigger than the Audi A4 Avant’s 500/1505 litres (with seats up and down).

This priority for boot volume marks a significant design change from the Volvo V90, which ceded maximum loading space to the Mercedes-Benz E-Class in favour of limousine levels of rear knee room.

Owners of the existing V60 – itself a dramatic design when it launched in 2010 – will instantly recognise the higher-quality exterior and interior design that follows the principles established with the V90 and XC60.

With time to develop details such as the crisp shoulder and the bigger proportions, the new V60 may well be the best-resolved yet of all Thomas Ingenlath’s attractive creations.

The roofline, for example, inclines with a sportier taper towards the rear hatch, whereas the V90 takes a more parallel line to completion. 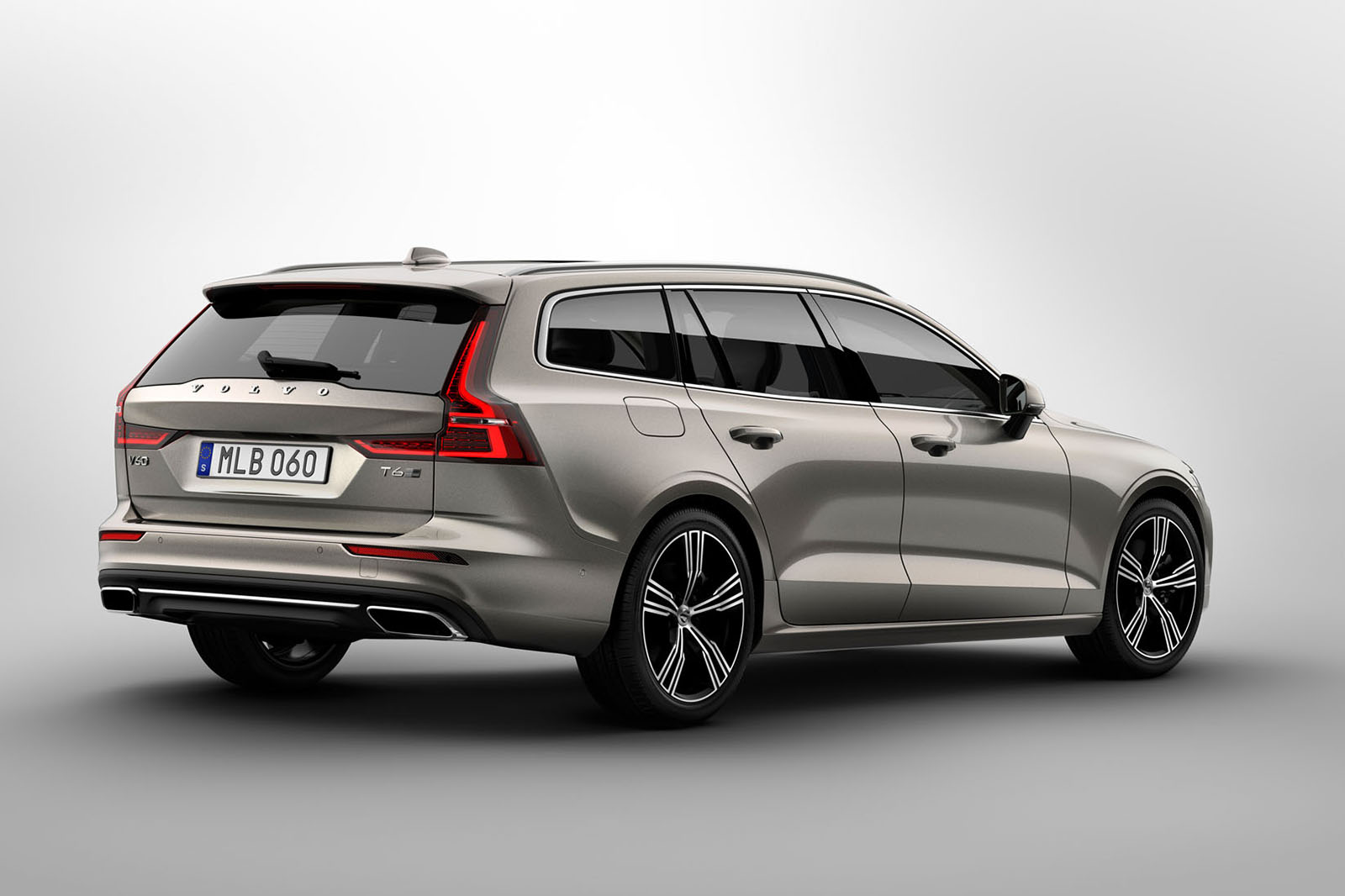 Inside, the fascia, instrument panel and centre-console touchscreen are pure XC60 and a vast improvement on the outgoing model.

At launch, Volvo will unveil a range of five engines – two diesels, one petrol and two plug-in hybrids.

Four are confirmed for the UK. These include the D3 and D4 diesels, with expected power outputs of 148bhp and 187bhp respectively at launch. A 242bhp T5 petrol will follow later this year, with a 335bhp T6 Twin Engine plug-in - a first for Volvo in the UK - later and T4 petrol arriving in around 12 months. The fifth engine, a T8 Twin Engine plug-in with 385bhp – 17bhp less than in the XC60 – will not come to the UK. 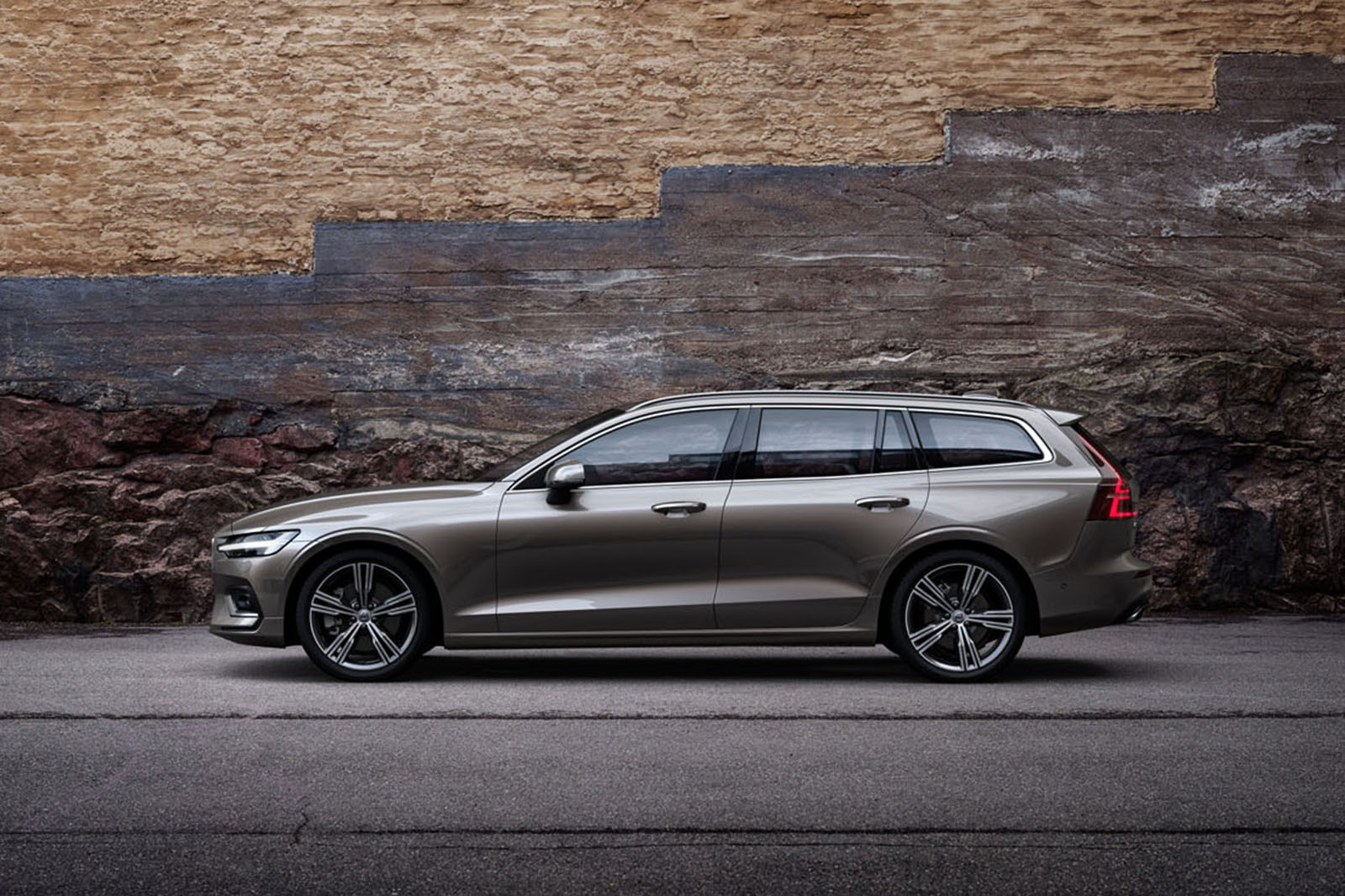 Volvo says it has “no current plans” to introduce an entry-level 118bhp D2 diesel, something which it'll likely stick to, given its abandonment of diesels post-S60.

The same arsenal of driver assistance systems offered on other Volvo models will be available on the new V60, including City Safe with Autobrake, Pilot Assist semi-autonomous driving at up to 81mph, two collision warning systems and cross-traffic alert.

The firm will continue to sell the S60 saloon in Europe, despite it selling in tiny numbers compared to the estate: globally, the S60 is the most popular model. It'll also be the brand's first petrol-only car, as it turns its back on diesel.

First electric Volvo hatchback due in 2019

It looks great. Hope it does well but it is a shame that  Volvos pricing tips the V5 Inscription in to the @Posh Tax class by just 670 Pounds.

A great looking car which had great potential.
Sadly with an increase cost of 37%, which in todays climate is obscene, my current Volvo due for replacement will be my last.
As a compamy car driver the hunt is on for a car which offers true value for money, which the outgoing model did with ease
Citytiger 23 May 2018

A great looking car which had great potential. Sadly with an increase cost of 37%, which in todays climate is obscene, my current Volvo due for replacement will be my last. As a compamy car driver the hunt is on for a car which offers true value for money, which the outgoing model did with ease

Seems very close to the V90

Both in size and design - yet another example of Russian doll styling. I can see this stealing sales from its bigger brother. However if you're after a bargain, have a look at broker deals on the outgoing V60. It may be an old design and was never a great car, but a T4 model for £18k new is a quite remarkable deal.