BACK TO ALL NEWS
Currently reading: Revised Volkswagen Passat revealed with more technology
UP NEXT
Rodin FZero: V10 weapon aims to be world's fastest car

Volkswagen has pulled the wraps off facelifted versions of the Volkswagen Passat saloon and estate, which both made their public debut at the 2019 Geneva motor show.

VW has sold close to 30 million Passats across six generations since 1973, so the changes to the tried and tested formula are modest.

The bumpers and lights have been tweaked, with LED lights now standard across the range, and there are new wheel designs and colour options. But the more significant changes concern technology, with a raft of assistance and connectivity upgrades. 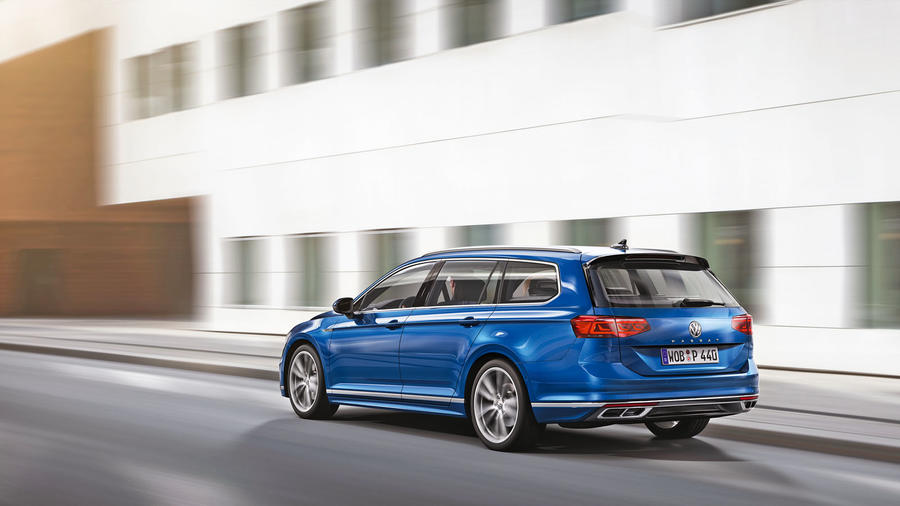 The headline new arrival is a semi-autonomous autopilot system capable of operating at higher speeds – a Volkswagen first. Dubbed Travel Assist, this can actively steer the Passat at speeds of up to 130mph – a big advance on the 25mph limit of the Traffic Jam Assist system on the current car. Travel Assist works in conjunction with smart adaptive cruise control that can respond to speed limits, junctions and corners.

The new MIB3 infotainment system has a permanent data connection and brings the option of a digital instrument display. Users of iPhones will be able to access Apple CarPlay without a connection cable. Volkswagen is also planning to allow smartphone key access to the car, although only with Samsung devices for now.

Mechanical changes are limited. The 148bhp 1.5 TSI Evo petrol engine from the current car will continue to be the base petrol powerplant, with 187bhp and 268bhp versions of the 2.0 TSI turbocharged petrol unit above it. All are now fitted with particulate filters. 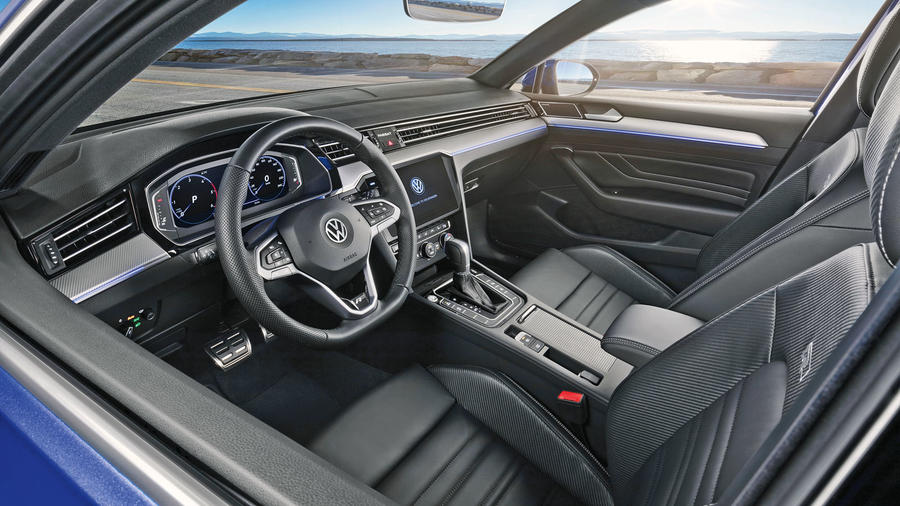 Four diesels will be offered: a 1.6 TDI with 118bhp; a new 148bhp 2.0 TDI Evo with selective cylinder deactivation; a 187bhp 2.0 TDI without the cylinder shutdown; and a carried-over version of the current 237bhp BiTDI unit. The VW Passat GTE plug-in hybrid will continue and has been given a bigger battery, rising from 9.9kWh to 13.0kWh.

Volkswagen predicts an electric-only range for the GTE of up to 34 miles under the WLTP testing regime. That’s around 12 miles more than the current GTE and enough for continued exemption from London's congestion charge. Volkswagen estimates it could take up to 25% of Passat sales, up from 10% previously.

The saloon and estate versions of the facelifted Passat will go on sale at the same time, as will the off-road-styled Alltrack. The current entry-level S grade has been dropped, and pricing is expected to increase by £1000 across the board, with sales starting in June.

What are the technical differences between the old 2.0 TDI and the new 2.0 TDI Evo diesel engines?

“The core architecture is very similar, but in the EA288 Evo we have made many efficiency improvements – for example, reduced friction, high-efficiency crank, optimised air parts for charged air and steel pistons with a longer piston rod. We have a two-way cooling system for a cool cylinder head and a warm crankcase.”

Why are there no mild-hybrid systems at this stage?

“A mild-hybrid system needs major changes inside the car’s architecture – for example, an additional 48V system. In a product revision, we don’t have the possibility to make such big modifications.”

I feel quite sorry for motoring journalists who have to write articles like this, describing a range of inconsequential changes to an ordinary car, in case someone cares. It seems unlikely to me that a warm crankcase is going to be high up a buyer's wishlist.

Finally a diesel gets

Finally a diesel gets cylinder shutdown, pity all the diesels dont get it.

What do you suggest then? Move into Nissan X-Trails, Honda Civics and Toyota Corollas... oh please!

Great that we will be offered four (4) diesels to choose from and just three (3) petrols, albeit that GTE includes a petrol engine and almost defeat the purpose of the petrol versions. Ample choice then.

VW cheated, got caught and was punished heavily with heads rolling and the company being fined billions and billions. What more do you want? For the company to go out of business and tens of thousands losing their livelihoods?

Just because many people don't care does not make them hypocrites. It is only people who make a song and dance about it and then go on to buy a VW that are hypocrites. Most people realise that most manufacturers have massaged their figures in various ways, have not made a fuss and by the car that best suits them. Obviusly VW did it in the most serious way, but to a lesser degree they have all been at it by testing cars with a mirror missing, doors taped up, seeats removed, you name it.