BACK TO ALL NEWS
Currently reading: Nissan previews future of Qashqai with IMq concept
UP NEXT
Volkswagen primes hardcore ID 4 for 2021 Mexican 1000 rally

Nissan is previewing the design future of its all-conquering Qashqai with a new concept car at Geneva. Dubbed the IMq, it’s the brand’s attempt to reinvent the crossover and introduce electric propulsion to a volume segment.

The IMq was designed by a small team at Nissan’s London design centre in Paddington and chosen out of a number of entries from studios around the world. The 4.5m-long concept, while likely to be toned down for production, is an athletic-looking crossover with multiple sharp lines, a Range Rover Evoque-style slim glasshouse and spaced-out rear haunches. It also has ‘suicide’ doors leading into a four-seat cabin – both features unlikely to make production. 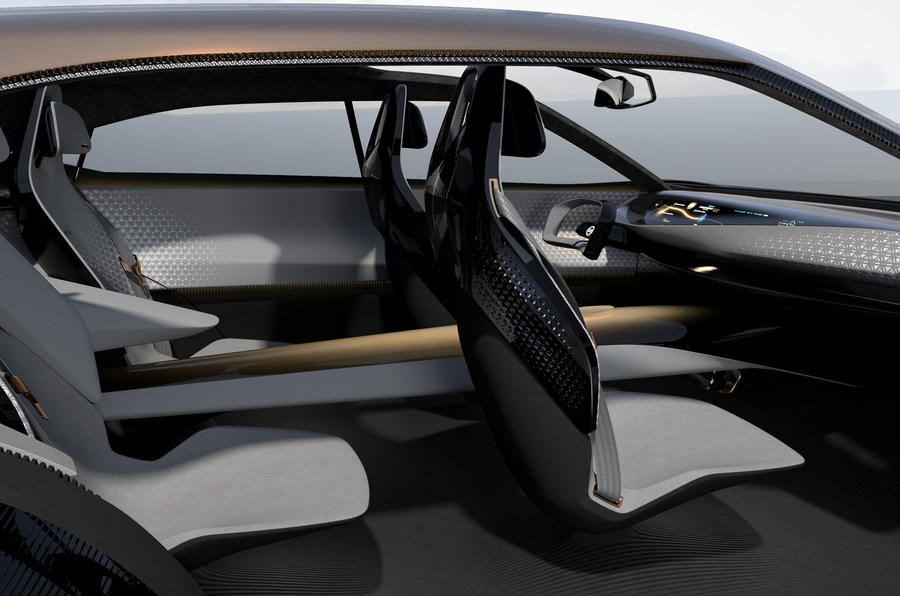 Details for the future include the evolution of Nissan’s ‘V-motion’ grille design, featuring vertical slats with no physical cooling intake necessary for its range-extending EV powertrain. Despite the car's bold exterior, design bosses claim it has been shaped around the theme of ‘May’, which is a Japanese expression of minimalism.

The interior, similarly minimalist in conception, hass four free-standing one-piece seats and a large copper-tinted central tunnel running the length of the car. Infotainment is hidden behind a panel in the dashboard, itself appearing to ‘float’ away from the bulkhead, while a panoramic glass roof provides an airy feel.

The concept is powered by a 335bhp dual-electric-motor, all-wheel drive system delivering 516lb ft of torque and mated to a 1.5-litre range-extending turbocharged petrol engine of unknown output. The engine runs at the optimum speed to charge the battery. Autocar understands the system has no facility for plug-in charging. 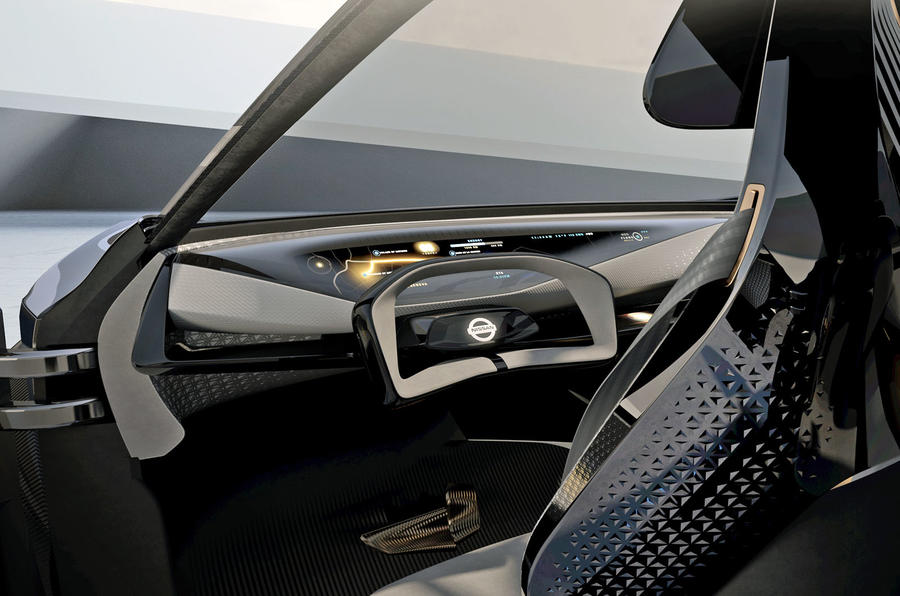 Although the IMq is a clear hint at the next-generation Qashqai, Nissan won’t say if the production model will be purely electric-powered or (more likely) also available with petrol and diesel options.

How do you make a production C-segment crossover stand out?

“The original Qashqai was about doing something new but enveloping it in something recognisable. Here we are pushing the envelope again, which we need to do with so much similar competition. We have tried to reinvent the cues of the crossover.” 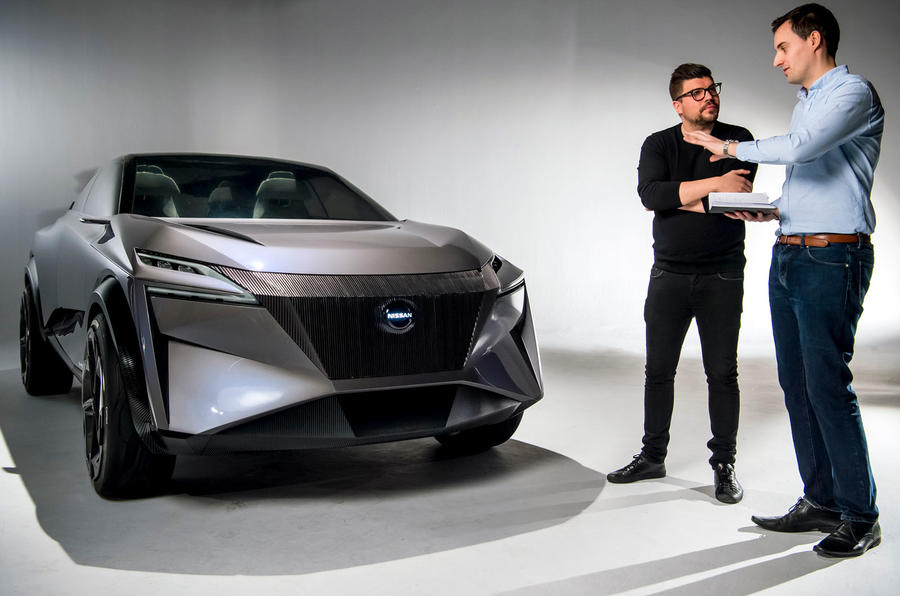 Did you have pushback from bosses to make it more conventional-looking?

“Not at all – quite the opposite. Working under Alfonso [Albaisa, senior vice-president of design] is great. When I think I’m pushing it in design terms, he comes and says: 'Have we pushed it far enough?'”

Will this be another concept that looks nothing like the production car?

“In my experience, package and proportion-wise, this is a very realistic proposition for production. We can easily translate this sort of design for production. The grille and headlamp shapes will be familiar.”

So they're building a Lexus SUV?

See no JLR, only Lexus to my eyes

Exactly! I thought it was a

Exactly! I thought it was a typo at first, they said Nissan instead of Lexus.

Sorry, where does JLR come into the matter? Maybe thats a typo too.