BACK TO ALL NEWS
Currently reading: New Cupra Formentor to be officially revealed next week
UP NEXT
2022 Audi E-tron set for major upgrade

New Cupra Formentor to be officially revealed next week

Seat's sister brand Cupra will finally reveal its first standalone model, the Formentor, at the Geneva motor show next week, ahead of an on-sale date later this year.

Spy shots of the model undergoing testing show that the design stays wholly faithful to that of the earlier Geneva motor show concept, with the same profile and surfacing visible beneath the disguise.

It's the second production model to be badged a Cupra following the Cupra Ateca, and the first not to be based on a model from parent firm Seat. Cupra says the Formentor offers “the benefits of a performance car with the qualities of an SUV”. 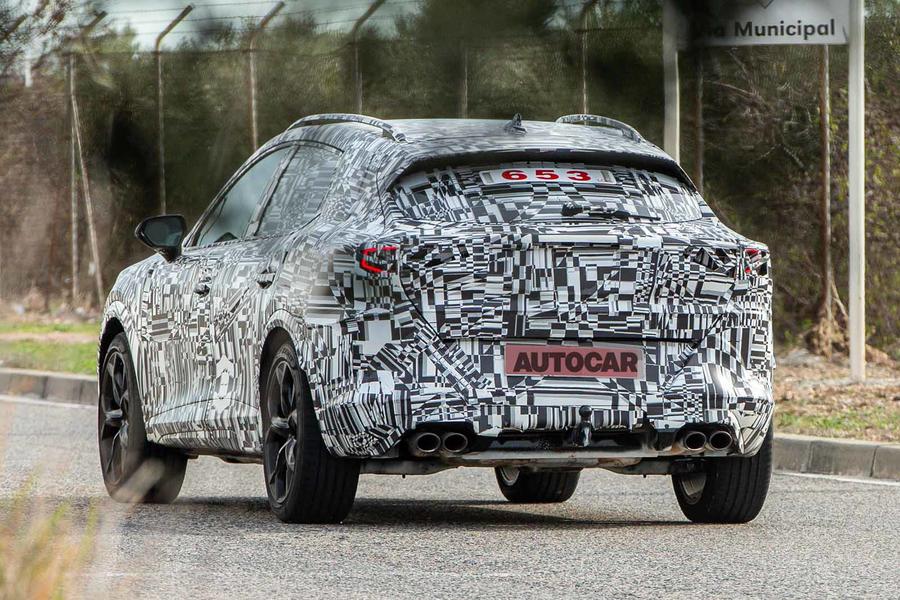 The Formentor takes styling cues from the Seat 20V20 concept shown at Geneva in 2015. As a coupé crossover, it also fits Seat’s vision for Cupra as a ‘premium performance’ brand, rather than as a producer of pure high-performance vehicles.

The Formentor sits lower than most crossovers and features a sloping roofline, sharp sculpted lines on the side, a two-tone body and pronounced rear haunches. The front grille of the car takes cues from the Seat Tarraco large SUV, while the rear features a single LED light strip running the length of the car’s boot lid.

While Cupra has yet to announce the Formentor’s dimensions, we know that it's lower, wider and longer than the Ateca on which it's based in an effort to improve ride and handling as well as looks.

The concept car presented at Geneva last year features a 1.4-litre TSI petrol engine mated to an electric motor, providing a combined system output of 242bhp and a WLTP-certified electric-only range of around 30 miles. The power is delivered via a dual-clutch DSG transmission. 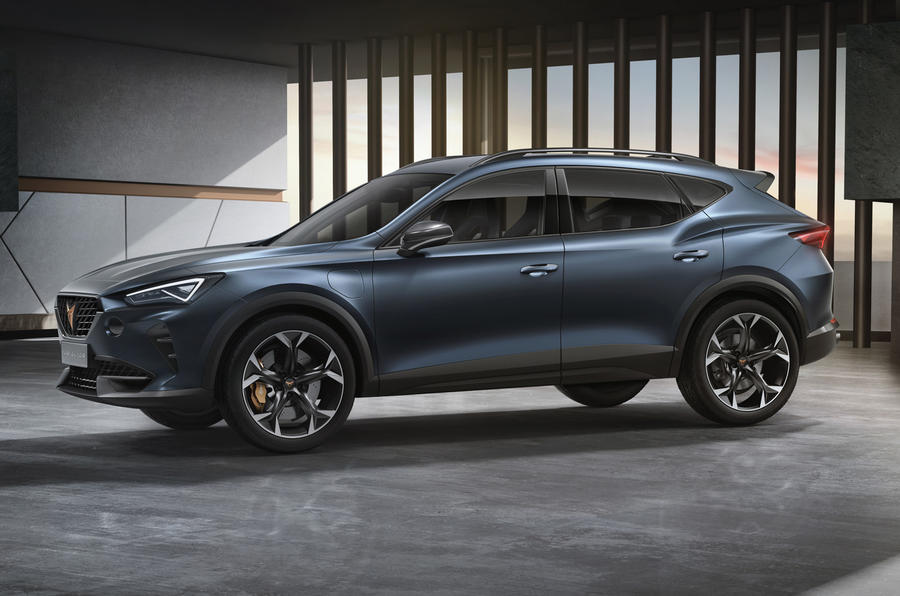 The use of a hybrid system fits with Seat's plans to use Cupra as a 'technological flagship'. Autocar understands that a pure petrol version will be offered, too, but it's not yet clear if this will be offered from launch.

The Formentor features the Volkswagen Group’s DCC adaptive suspension system and a differential lock, along with progressive steering. Cupra says the system has been tuned so that it handles “majestically.”

While no interior images have been revealed yet, Cupra says it features a leather-clad steering wheel and bucket seats, dark chrome trim on the dashboard, a digital cockpit and a 10-inch infotainment touchscreen.

The Formentor takes its name from a peninsula on Majorca, following parent firm Seat’s convention of naming cars after Spanish geographical features.

A production version of the Formentor forms a core part of Cupra’s plans to reach 30,000 sales within three to five years. The brand sold 14,400 models last year, a figure that includes Seat-badged Cupra models such as the Leon Cupra R.

Cupra design chief Alejandro Mesonero-Romanos previously told Autocar that the new Formentor was "100% designed as a Cupra", but added that "there could be Seat versions" of it in the future.

My guess is it will borrow much of its structure and interior from the new Leon in much the same way as the Arona is basically an Ibiza (on stilts)The sales volumes do not justify a true stand alone model. However that in itself does not put me off the idea and if it works commercially that is all that matters.

This is heralded as being a

This is heralded as being a big moment for the Cupra brand - its first stand alone model. But then we read that there is likely to be a Seat version. The Seat Ateca, on the other hand, was a stand alone product, until they created a Cupra version. As its all the same company, all this fuss is just a matter of timing.

It's just VAG's Maybach without the heritage?!?