BACK TO ALL NEWS
Currently reading: Alpina B5 Biturbo gets 600bhp BMW V8, £89,000 price tag
UP NEXT
How Max Chilton and the McMurtry Speirling conquered Goodwood

First deliveries of the B5 Biturbo will take place in March, with the saloon priced from £89,000 and the Touring estate from £91,000. Single-digit numbers are expected, but there's no limit on production. A larger number of the more frugal D5 diesel is expected.

Both saloon and Touring versions of the hot petrol 5 Series variant use BMW’s 4.4-litre unit, which outputs 590lb ft of torque. The B5 Biturbo accelerates from 0-62mph in 3.4sec and tops out at 204mph.

That performance ranks it slightly above the new BMW M5, which produces 592bhp, accelerates from 0-62mph in 4.2sec and has a top speed of 190mph.

BMW won't be producing an M5 Touring, so the B5 Touring will be the hottest estate on offer in the 5 Series range. It has been given upgraded twin-scroll turbochargers nestled between the cylinder banks, as well as upgraded airflow, intercoolers and brakes.

Rear-wheel steering is used, allowing the car to turn the rear wheels up to an angle of 2.5deg, and a mechanical limited-slip differential is a £2500 option. 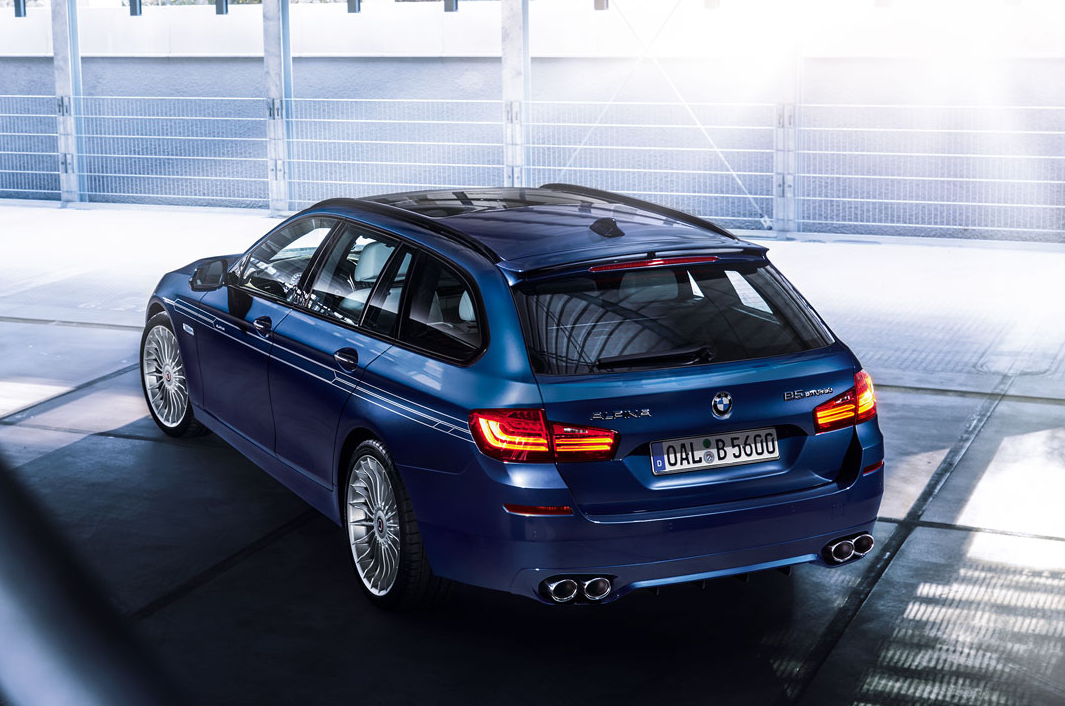 Both the B5 and D5 have Alpina's own exterior styling and familiar multi-spoke wheels. Performance-honed suspension and gearbox settings will also give the two hot Touring models sharper responses than BMW’s regular estates.

The Alpina B5 is very quick, but it is let down by uninvolving driving dynamics

Depends,if your considering this Car,then we could assume that you have the disposable to afford something tasty for the Weekend and i'm not talking about a Pizza!,i am not going to say there's nothing better than a BMW because there obviously is,but if this is your daily driver(lucky you!),do you really need something faster.......?
HHX621 24 March 2017

Perhaps the Alpina should be faster than an M5? The purpose? Should be a faster and even better version than BMW M divisions vehicles.

That points towards the future for Munich? Lightweight. A bit further up in the power range and so forth.

A little bit as Ruf Porsche's with the CTR models.

OOPS "with that HUGE torque"

OOPS "with that HUGE torque"
View all comments (8)