BACK TO ALL NEWS
Currently reading: 2018 Kia Ceed confirmed for Geneva motor show reveal
UP NEXT
Ford Puma ST hybrid prototype spotted at the Nurburgring

Kia will unveil its most striking Ceed hatchback yet at the Geneva motor show this March with intentions of eating into the Ford Focus’s C-segment lead.

Due in five-door hatchback, estate and shooting brake forms, the new Ceed range has been created with a hard focus on design to boost desirability. Kia has announced that Geneva will host the unveiling of the hatch as well as one other model, although it hasn’t confirmed which one yet.

The estate is most likely to join the hatch in March because both of those variants are due in showrooms first in the autumn. The shooting brake, which will act as a halo for the Ceed line-up and was previewed with the Proceed concept last year, isn’t predicted to arrive on roads early next year, so is expected to be revealed late in the summer. 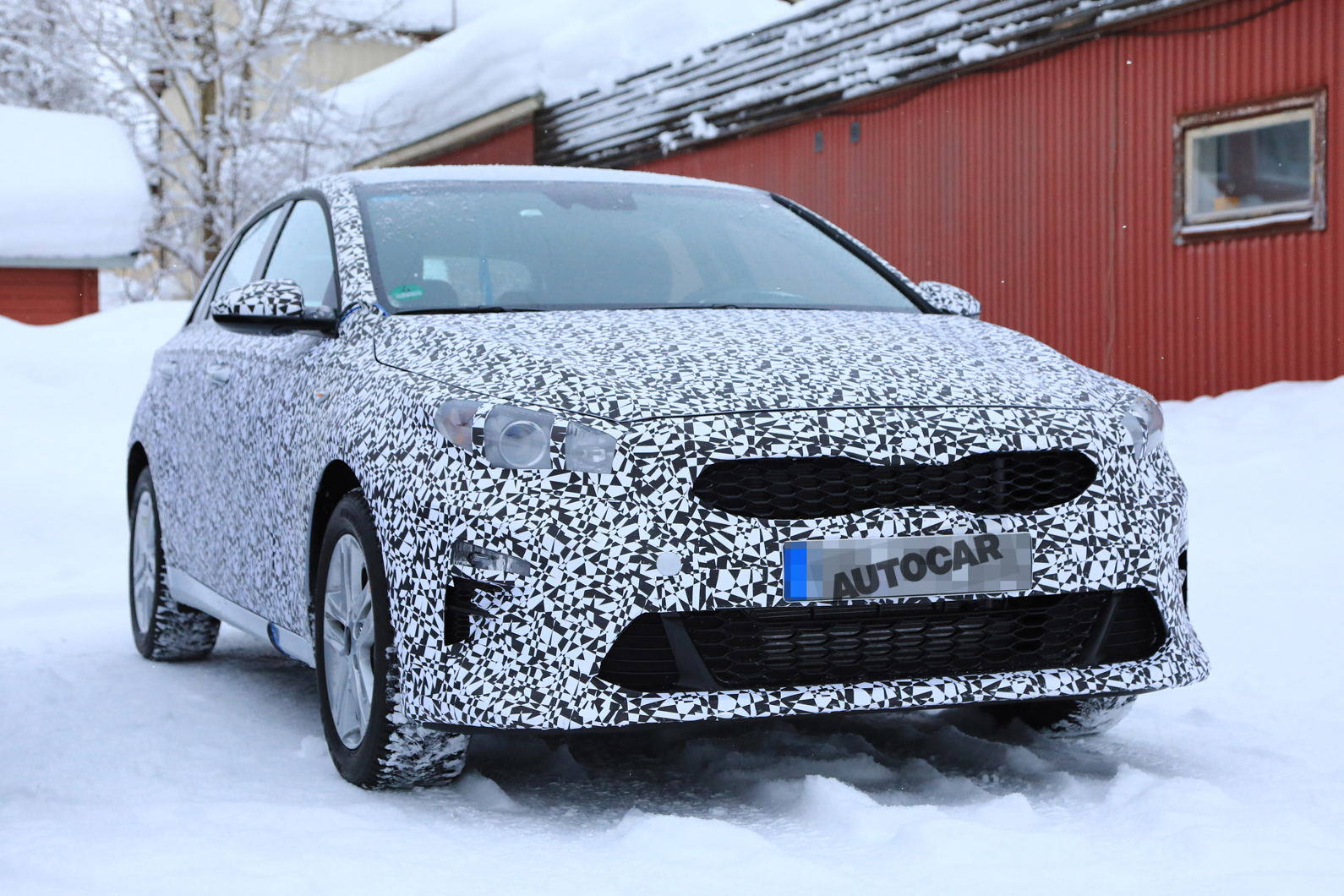 Kia has released a single drawing of its next Ceed hatch, showing its concept for a more aggressive front end design and sleeker window lines that taper towards the rear. Spy pictures of the next-generation Ceed (see gallery) show how this design philosophy will be tweaked for production. They also show the car's new dashboard design with a centrally mounted infotainment screen.

Kia will use the upcoming Ceed, which replaces the current model after six years on sale, to introduce its next-generation engine technology. New powertrains will conform to Worldwide Harmonised Light Vehicle Test Procedure (WLTP) emissions limits that come into force this September.

Alongside the new units, which will replace the current car’s turbocharged four-cylinder engines, Kia will also promote its latest 1.0-litre turbocharged three-cylinder engine from the Rio and Picanto into the Ceed. The brand recently dropped diesel variants of the Rio and Venga but is expected to retain a diesel option with the Ceed due to stronger sales for oil-burning models in the C-segment. 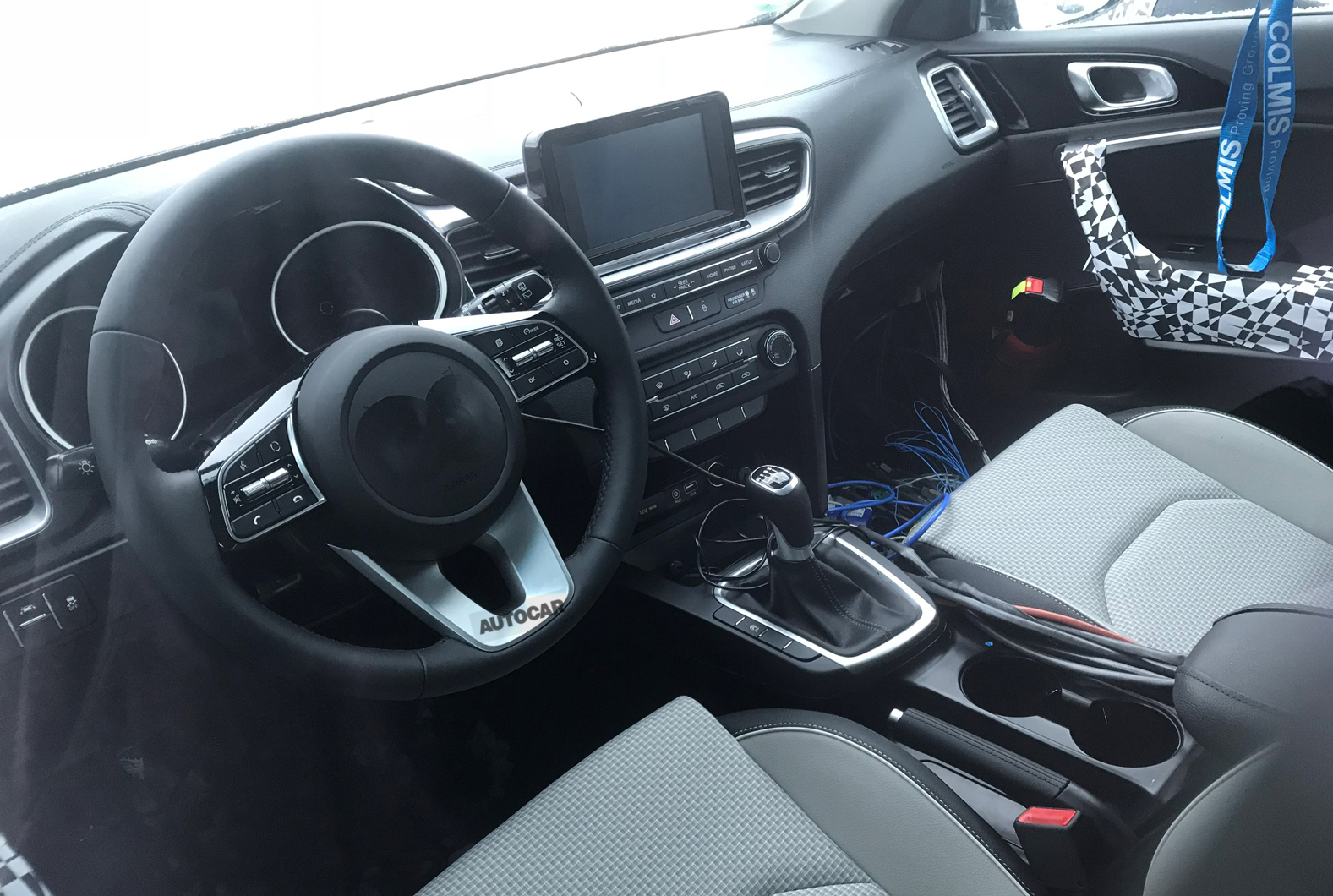 Prices are not expected to change drastically for the regular Ceed or its estate sibling. The current versions start at £15,175 and £16,820 respectively. When it arrives, the shooting brake is expected to command more than the old three-door model that it’ll indirectly fill the void of in the line-up.

As part of its plans to emphasise the car’s European focus, Kia has dropped the apostrophe from the Ceed’s name. The original Cee'd name was a shortening of ‘Economic Community of Europe, with European Design’.

The new Ceed lands at a time Kia continues to grow its presence in Europe. It expanded its market share in the UK in 2017 to 3.75%, up from 3.32% in 2016. Almost half of the Korean manufacturer's UK sales were attributed to its Sportage and Sorento SUVs.

Kia SP concept due ahead of brand's 2019 Indian market entry

So far from the fabulous concept

The concept had excitement - but this looks sadly just like another hatch box - WTF hap[pened I dont know but I am seriously disappointed. You could ask Musk if he could send this to Mars and leave his beloved at home

Isn't Shooting Break the latest marketing bull**** for what used to be called a Lifestyle Estate? that is an estate car with less internal space,but that looks good and an exhorbitant mark up can be added to the sticker price.

and a Combi, and a Touring?

Due in five-door hatchback, estate and shooting brake forms

Due in five-door hatchback, estate and shooting brake forms

...or having a look at the next article in the magazine, a 'Sportbrake' as Jaguar now seem to sell in N.America.