BACK TO ALL NEWS
Currently reading: New Hyundai i10: sketch shows design revamp
UP NEXT
Exclusive: Aston Martin seeks funds to safeguard its future

Hyundai has revealed a preview sketch showing the design of its third-generation Hyundai i10 city car ahead of it’s reveal at the Frankfurt motor show in September.

The sketch shows a new design direction for Hyundai's Volkswagen Up rival, with a new wider front grille reflecting the firm’s current styling. As with the current i10, the car’s daytime running lights are located within the grille. It also hints at what Hyundai calls an ‘X-shaped C-pillar’, which was first teased in a single preview image released by Hyundai last month.

Hyundai says the model will be designed, developed and built in Europe. While it hasn’t revealed any technical details, Hyundai does say the car will feature a “range of new connected car and safety features”, including smartphone connectivity, a reversing camera and a range of driver assistance systems.

A heavily disguised i10 test mule has previously been spied undergoing winter testing. 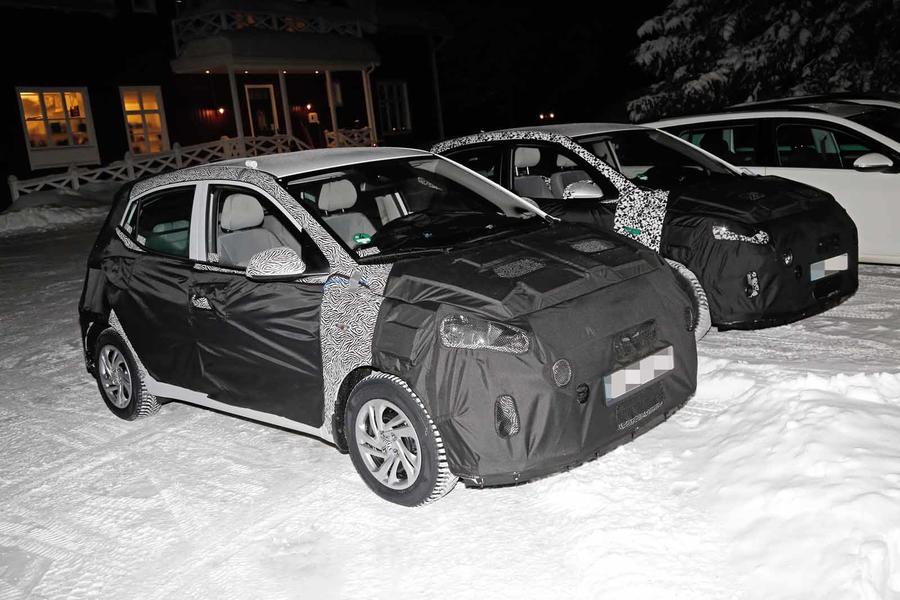 That car retained the familiar smaller footprint and upright stance of the outgoing i10 but had significant body cladding, including over the C-pillar, which appears to rise in the same way as that in the preview image.

Details of the interior are yet to be seen, but the Korean manufacturer is expected to boost perceived quality as well as introducing the promised advanced technology.

Interior space isn't likely to increase significantly, because the current i10 is only fractionally shorter than the latest Kia Picanto, with which the new model is expected to share its platform and mechanicals. Engines are expected to include the familiar 1.0-litre three-cylinder and 1.2-litre four-cylinder naturally aspirated petrol units, with a turbocharged 1.0-litre triple likely to make its way over from the range-topping Picanto.

Expect prices to rise slightly to reflect the improvements and changing markets.

Hyundai pick-up expected for 2020, with Kia version to follow

Price is now double what it

Price is now double what it was for first generation i10.

This will alienate the "seniors" market who don't buy their cars on PCP and don't really care about "go faster" styling, or don't want it.

If the finished car looks like the sketch then Hyundai has a real winner on its hands. It looks grear

The concept sketch looks great, but I suspect the production model won't look anything like it, just like all concept art from the Kia / Hyundai stable that is supposed to preview production models.