BACK TO ALL NEWS
Currently reading: 2018 Mercedes-Benz G-Class leaks ahead of Detroit motor show debut
UP NEXT
Fisker goes radical with Pear EV SUV

The Mercedes G-Wagen’s full exterior has been laid bare, in images leaked ahead of the official reveal
Open gallery
Close

Images showing the undisguised exterior of the next-generation Mercedes-Benz Mercedes-Benz G-Class have leaked onto the internet ahead of the car’s official debut at the Detroit motor show later this month.

As expected, changes to the venerable tough SUV are minimal, with revised headlight clusters and a new grille the most apparent of tweaks on the surface. The images first surfaced on the Dutch site Auto Week.

Mercedes has already released official images of the G-Class interior. The car will get an extra-wide screen stretching from the instrument cluster to the middle of the car, serving as both a digital dashboard and infotainment screen. However, this will only be available on higher trim levels - lower trims will get traditional dials.

The car will be revealed to the world on 15 January - the first day of the Detroit motor show. The new version of Mercedes's square-jawed off-roader, which first arrived in 1979, will go on sale in the UK in the spring. 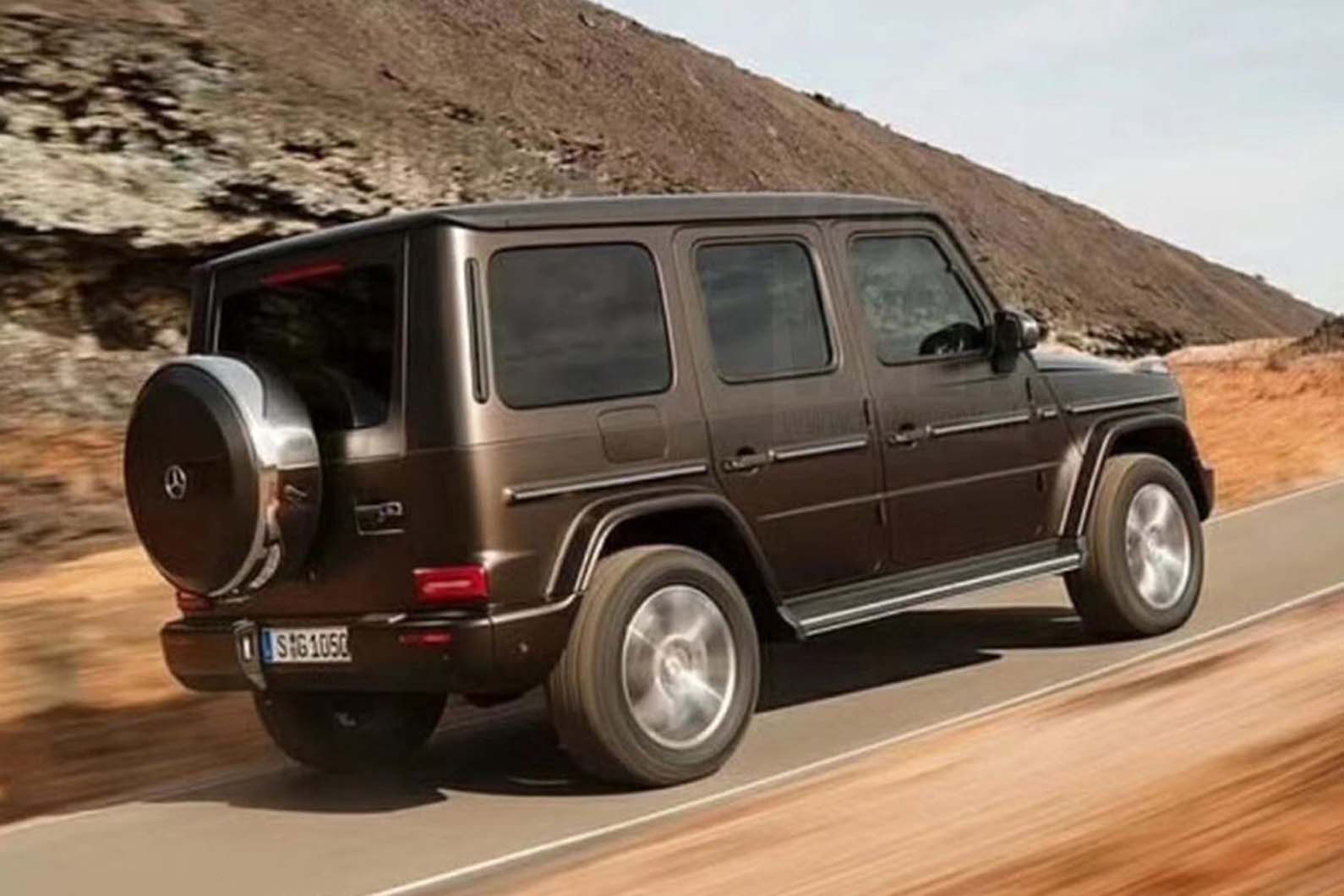 The technology fitted to the G-Class is claimed by some insiders to secure the future of the G-Class well into the second half of the next decade. Much of the electronic architecture will be shared with the S-Class.

The new G-Class has adopted a completely fresh design and a contemporary aluminium construction. The move, Mercedes officials say, helps contribute to a 160kg reduction in kerb weight over today’s mostly steel-bodied model while providing a 30% increase in torsional rigidity.

Myriad changes, hidden beneath traditionally upright styling, are claimed to boost the on-road performance. The G-Class is also in line to receive a new range of engines. These include the latest evolution of AMG’s turbocharged 4.0-litre V8 petrol unit and parent company Mercedes-Benz’s new 2.9-litre in-line six-cylinder diesel, in combination with a new nine-speed automatic gearbox.

The new G-Class’s design holds true to the look of today’s 38-year-old model with a boxy appearance that, despite a 20mm increase in width, is claimed to have the same 0.54 drag coefficient as today’s car.

The traditional styling aims to provide maximum off-road functionality. Autocar has been told the nominal fording depth of the new model has increased by up to 100mm. The approach, departure and ramp angles are all said to have been improved, too, if only marginally, over the outgoing model’s. Buyers will also be able to equip the 2018 model with a 360deg off-road camera for safer manoeuvring in tight off-road conditions.

Although early reports suggested the new G-Class was in line to adopt a monocoque construction, Autocar can confirm that it retains the tried and trusted ladder-frame chassis of its predecessor, albeit in heavily modified form. 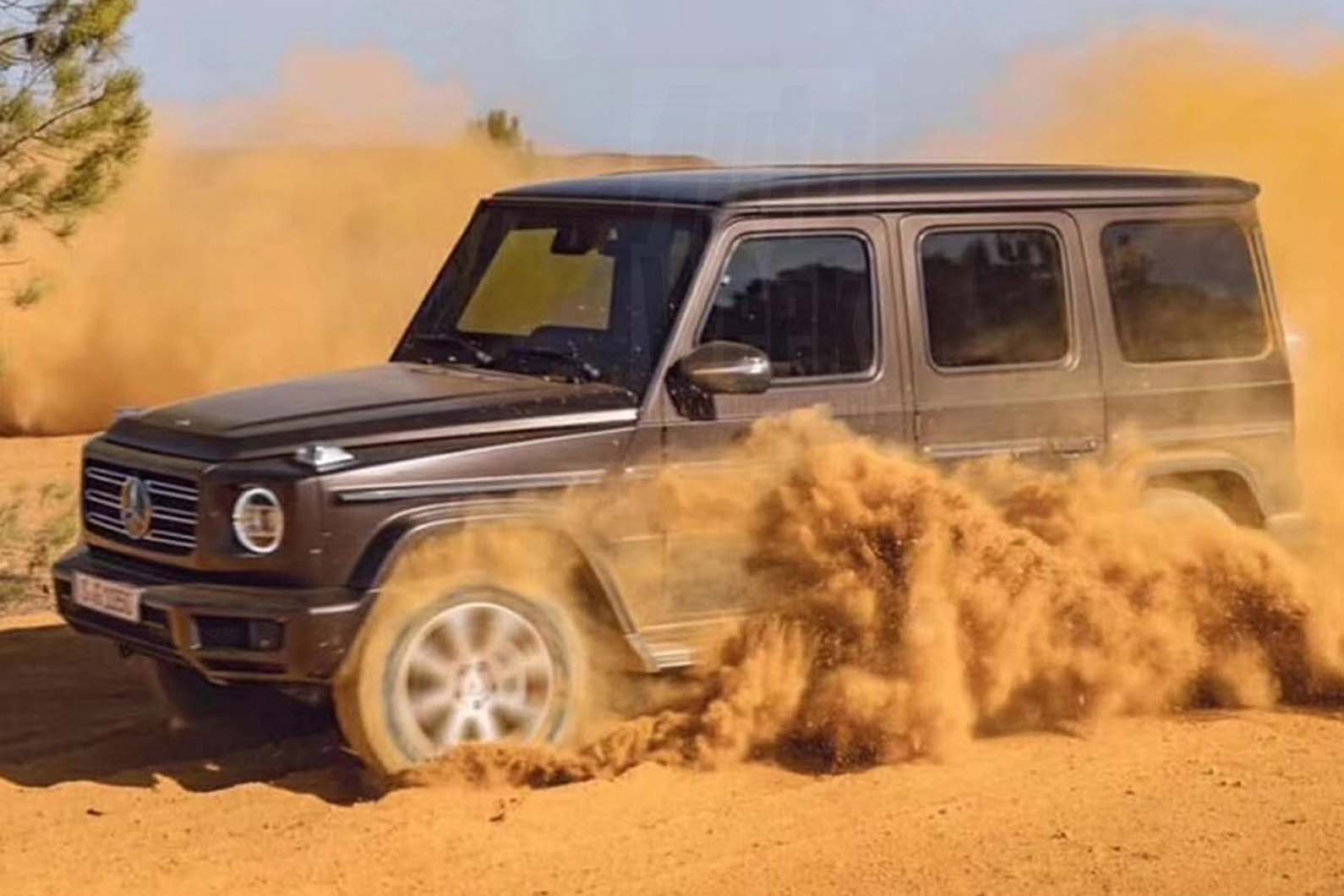 Mercedes engineering sources say this construction provides the G-Class with new levels of crash integrity, better on-road refinement and, in combination with the new aluminium body structure, a significantly lower weight. Nothing is official yet, but the initial G500 model planned to be launched at the Detroit motor show in January is said to weigh close to 2435kg — down from the existing G500’s 2595kg. The ladder-frame chassis also helps to preserve the versatile G-Class’s 3500kg towing capacity.

As well as undergoing the usual on-road development process, the new G-Class has been extensively tested at Mercedes’ punishing off-road course in Schöckl, Austria.

The car's new interior is claimed to provide significantly improved accommodation. One source revealed that rear leg room has increased by as much as 150mm in standard-wheelbase guise. Luggage capacity is also said to extend beyond the outgoing model’s 487 litres.

The new G-Class will be sold from the outset with an AMG-developed 4.0-litre V8 turbo petrol engine in two states of tune. In the G500, it has 415bhp and 450lb ft. It also receives a cylinder deactivation device that allows it to run on four cylinders under part-throttle loads in city driving conditions.

The new engines are combined with a nine-speed automatic gearbox and a heavy-duty four-wheel-drive system with three differential locks and low-range gearing. 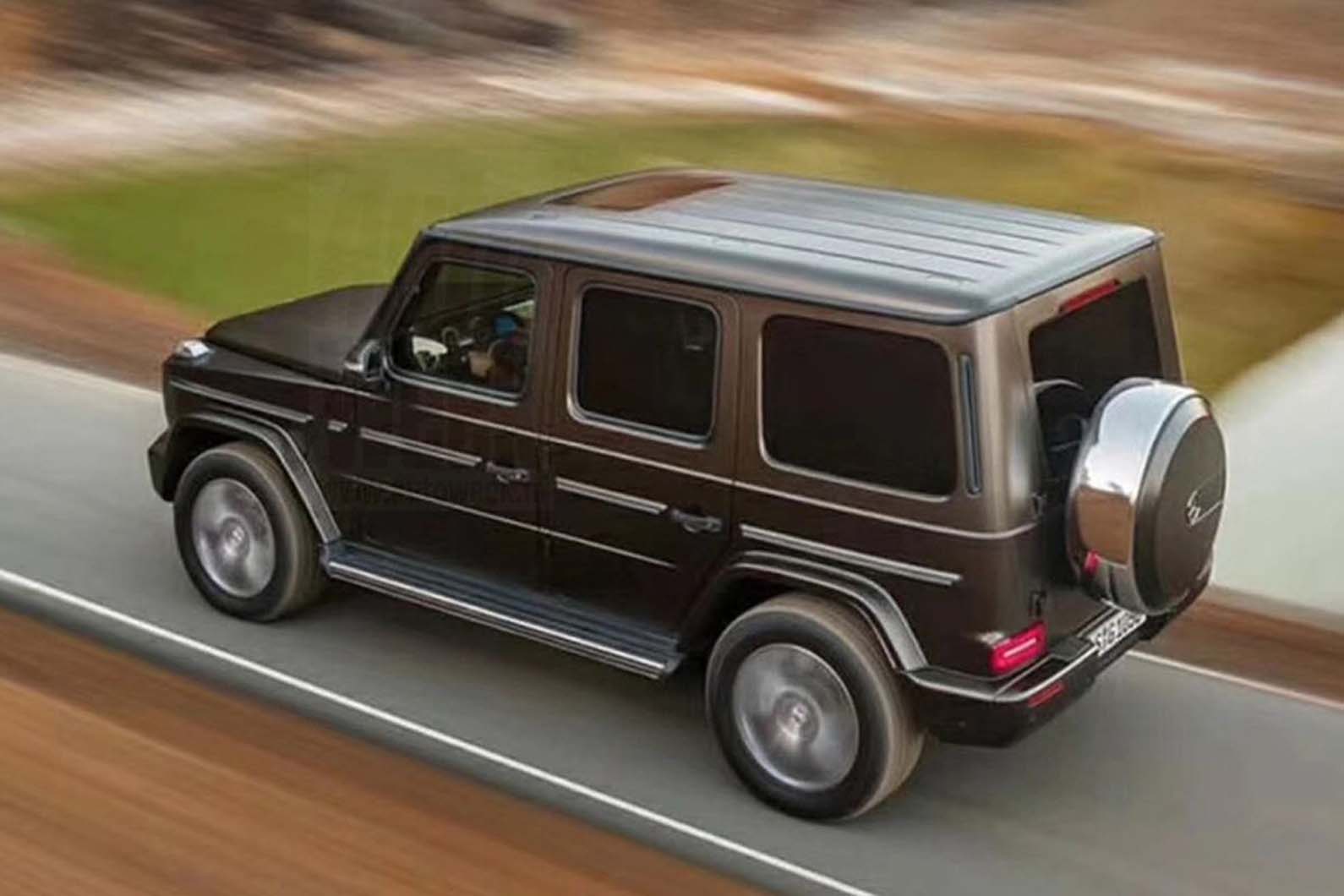 A G400d model is planned to join the line-up later in 2018. It will run Mercedes’ new OM656 in-line six-cylinder diesel engine and develop 335bhp and 516lb ft. Other units, including a 3.0-litre in-line six- cylinder turbo petrol with an integrated starter/generator mild hybrid set-up, will follow.

Underpinning the 2018 G-Class is a new suspension system. It adopts a new independent front end as well as heavily revised geometry at the rear, both offering added levels of wheel travel and axle articulation over the old model. In a move that’s claimed to provide the model with greater comfort, it receives adaptive damping control too.

Another significant change is the adoption of a new steering system. The recirculating ball system, which dates back to the 1979 G-Wagen, has been replaced by a contemporary electromechanical rack and pinion arrangement, which is claimed to bring a greater degree of precision.

i can’t say first impressions are good. I love true off-roaders and the G-Wagen has long been a favourite since I first drove one back in the 80’s. Given what will inevitably be huge pricing for the models likely to be available in the UK, there has clearly been a move to make the vehicle more luxurious and appealing to monied individuals with little if any interest in off-road use. The target market is clear to see and I’ve no doubt it will continue to be highly profitable for Mercedes-Benz.

To my eyes the wheels/tyres look too small for the larger body, the ground clearance looks nothing special and the move to column gearshift is a disappointment. In contrast, the new Jeep Wrangler Rubicon really looks the business with larger tyres, increased ground clearance and an attractively functional new dash layout. I suppose the two vehicles are not in direct competition due to the vast price difference and target market, but I do think M-B could have done more to make the new G-Wagen more rugged and tough in appearance. A bloated body and undersized tyres are a real turn-off for me, but I’m probably in a very tiny minority.

I understand your preference, though I think the new I6 OM656 diesel is a major step forwards from the old V6 and will prove to be an excellent installation in the G-Class, as it is in the S-Class; smooth, refined and with huge torque.

The forthcoming M256 I6 petrol sounds very interesting - just a pity it won't be available for a while yet.

...just went under the knife and had botox.  I prefer the look of the '70s original - black arches and grille, no running board, black metal bumpers, plain colours etc.