BACK TO ALL NEWS
Currently reading: Volkswagen and Seat seatbelt issue: fix due in November
UP NEXT
Electrified car registrations overtook diesels in Europe for first time

Volkswagen and Seat seatbelt issue: fix due in November

Arona, Ibiza and Polo models are still being sold without fix, months after fault was identified – but VW Group says it is taking action
Share
Open gallery
Close
Share story

The Volkswagen Group has said that safety remains a top priority, following reports that the Seat Arona, Seat Ibiza and Volkswagen Polo are still being sold without a fix for the seatbelt issue discovered in May that could result in a rear passenger being unbuckled during a high-speed manoeuvre.

Finnish automotive magazine Tekniikan Maailma found that the left rear buckle in the three models, which are based on the VW Group's MQB underpinnings, could be released when the cars were carrying five people. Once the problem was identified, the VW Group redesigned the belt lock fixture and advised customers not to use the middle seat of affected vehicles until the fix was applied. The firm says the solution will start rolling out in November.

Following a report by Which? suggesting that cars are still on sale with the potentially faulty seatbelts, the VW Group has highlighted that the models are "legally homologated and safe to drive", and that both current owners and prospective buyers of affected cars are being advised not to use the middle seats.

The statement added: “Customers have already received a letter informing them of the situation so as to plan an appointment with a Volkswagen/Seat service partner. The current recall solution is a temporary measure which aims to minimise further what is already an extremely low risk of the rear left seat buckle being unintentionally unfastened during exceptionally specific and rare driving conditions. A permanent solution is scheduled to be available in November."

The problem relates to the location of the middle buckle, which is mounted slightly higher than the one to its left. During a high-speed lane change to the right, the weight of the middle passenger pushes that buckle onto the left buckle at an angle that presses the left buckle's release button (see illustration below). VW explained it as "the possibility that in extremely rare situations (eg. sudden, abrupt lane changes with five occupants on board) the left seat belt lock could be unintentionally released". 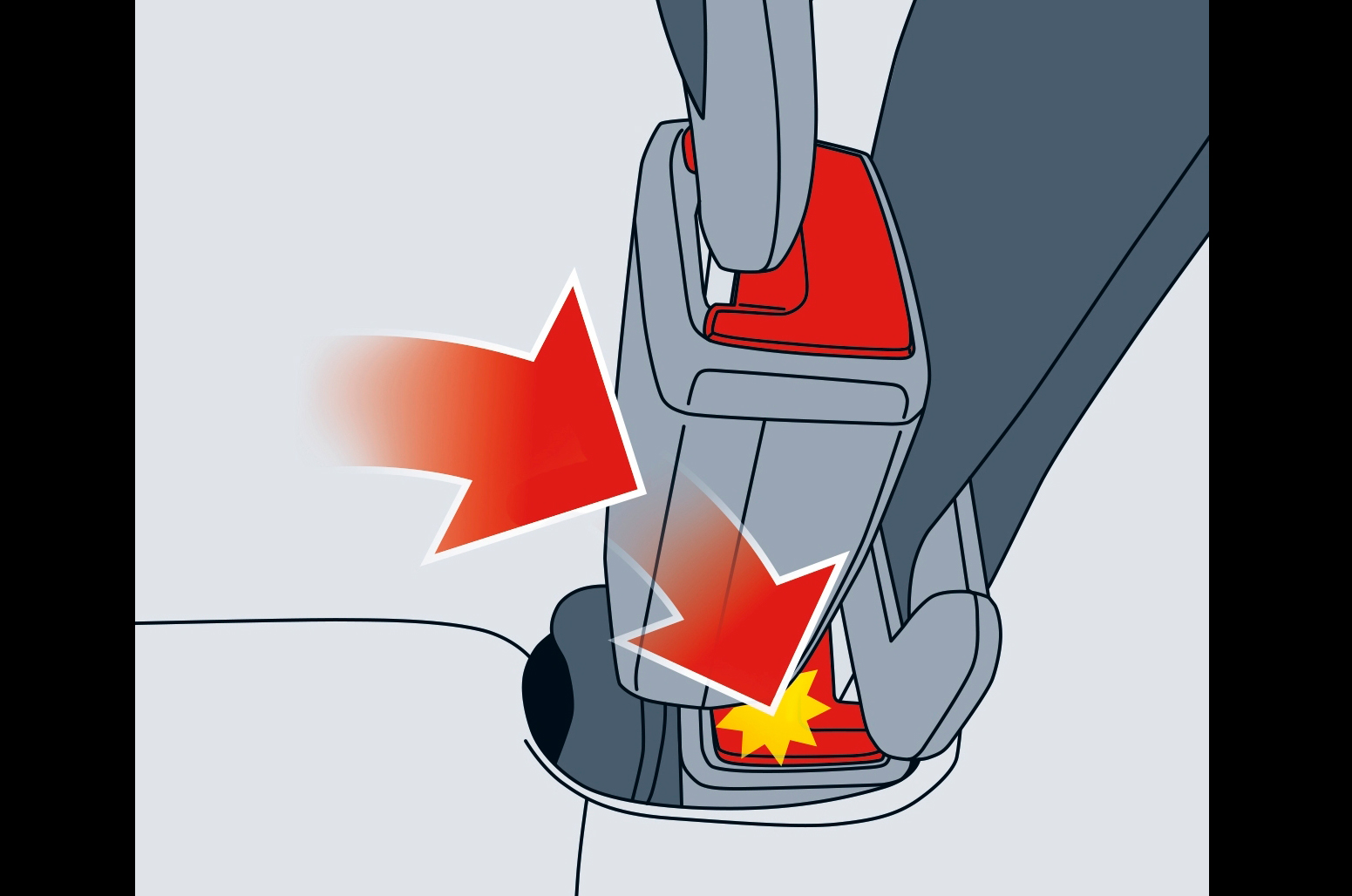 In its report, Tekniikan Maailma said this happened on numerous occasions in each identified model. It tested two Aronas in order to confirm that the issue wasn’t isolated to a particular car and said the problem wasn't found in previous tests because they were not conducted with five passengers aboard.

“According to our judgement, the unlatching is caused by a design fault,” Tekniikan Maailma said in a statement. “The easiest fix for the problem would be either to shorten or lengthen the attaching belt of the middle buckle by a couple of centimetres.”

The VW Group's previousnstatement read: "Volkswagen and Seat have confirmed a technical issue on the new Polo, Ibiza and Arona (model year 2018). The Volkswagen Polo, Seat Ibiza and Seat Arona are legally homologated and safe to drive; however, the brands advise their customers not to use the middle seat of affected vehicles until they are equipped with the redesigned belt lock fixture."

Nothing to do with cost cutting, the new Ibiza was designed several years ago. Just bad design and lack of foresight.

10 May 2018
But, but, but, the engineering must be excellent because Autocar said the cabin is so premium with lots of premiumy soft plastic and premiumy plastic painted premiumy silver!

But, but, but, the engineering must be excellent because Autocar said the cabin is so premium with lots of premiumy soft plastic and premiumy plastic painted premiumy silver!

Ah that’s the thing though.... The T-Roc, Ibiza, Arona and Polo don’t actually have that premium feel in the cabin no more, all full of hard scratchy plastics! So the magazines only touch on that slightly to avoid upset...

So as long as the car isnt

So as long as the car isnt out of control, spinning or turning sharply just before an accident you will be fine - Oh!!

I would have thought any car with the release latch on top would be prone to this, a kid putting a hand down their side to brace themselves might push it accidently. Will check my japanese car when I get home, maybe a fix might be moving the switch to the side, cheap enough fix.

Another week another issue

Another week another issue with a VAG product... thought they were meant to be a quality reliable brand? Seems to be quite a few issues recently..

...believe me, I see the global lists of recalls every month...there are literally dozens of these across all brands. For some reason only the VW Group items make the news!....secret agenda in the Press maybe....?

No brand is imune from this.

...believe me, I see the global lists of recalls every month...there are literally dozens of these across all brands. For some reason only the VW Group items make the news!....secret agenda in the Press maybe....?

No brand is imune from this.

What no brand is immune to unlatching its own seatbelts?  Would you like to name the  others? I realise many manufacturers issue recalls, and many are safety related, but I cant remeber a manufacturer ever advising owners not to carry the legally allowed amount of passengers because of safety issues, and the fact is they havent issued a recall, they apparently stated they knew about the issue, but it took a test from a magazine to bring it out into the open.

As for only VW items making the news, is there really any wonder given the sorry state the company is in and the disregard it has for its customers.  They have virtually killed off the diesel engine with their fuckwittery.

quote "they practically killed off the diesel engine with their fuckwittery!

And I will always be grateful to them for that....filthy stinking tractor engines. They should never have been in anything other than commercial/agricultural vehicles in the first place.