BACK TO ALL NEWS
Currently reading: Seat Ibiza ST model axed
UP NEXT
New Gordon Murray T33 is practical supercar with 607bhp V12

Production of the Seat Ibiza ST small estate has been halted because of poor sales and the rising popularity of small SUVs.

The Ibiza ST is the latest model to be dropped from the unpopular sub-compact estate segment, following the departure of the Renault Clio SW in 2013 and the Peugeot 207 SW in 2014.

Analysts say that small estates – known in the industry as the B-SW segment – have never been particularly sought after in the UK. Cars of that type account for a tiny amount of the overall sub-compact segment - between 1% and 3%.

“Last year the B-SW registrations totalled 8234 units, and September 2016 year-to-date shows a 3.2% increase at 6705,” said Felipe Munoz, a global automotive analyst at market research firm Jato. “However, their segment share was almost half that posted in 2009, at 1.72% of the B segment total.”

The departure of the Ibiza ST means that the Skoda Fabia Estate and Dacia Logan MCV are the only small estates still on sale in the UK. The Fabia Estate sold 4131 units in 2015, and the Logan 3417. 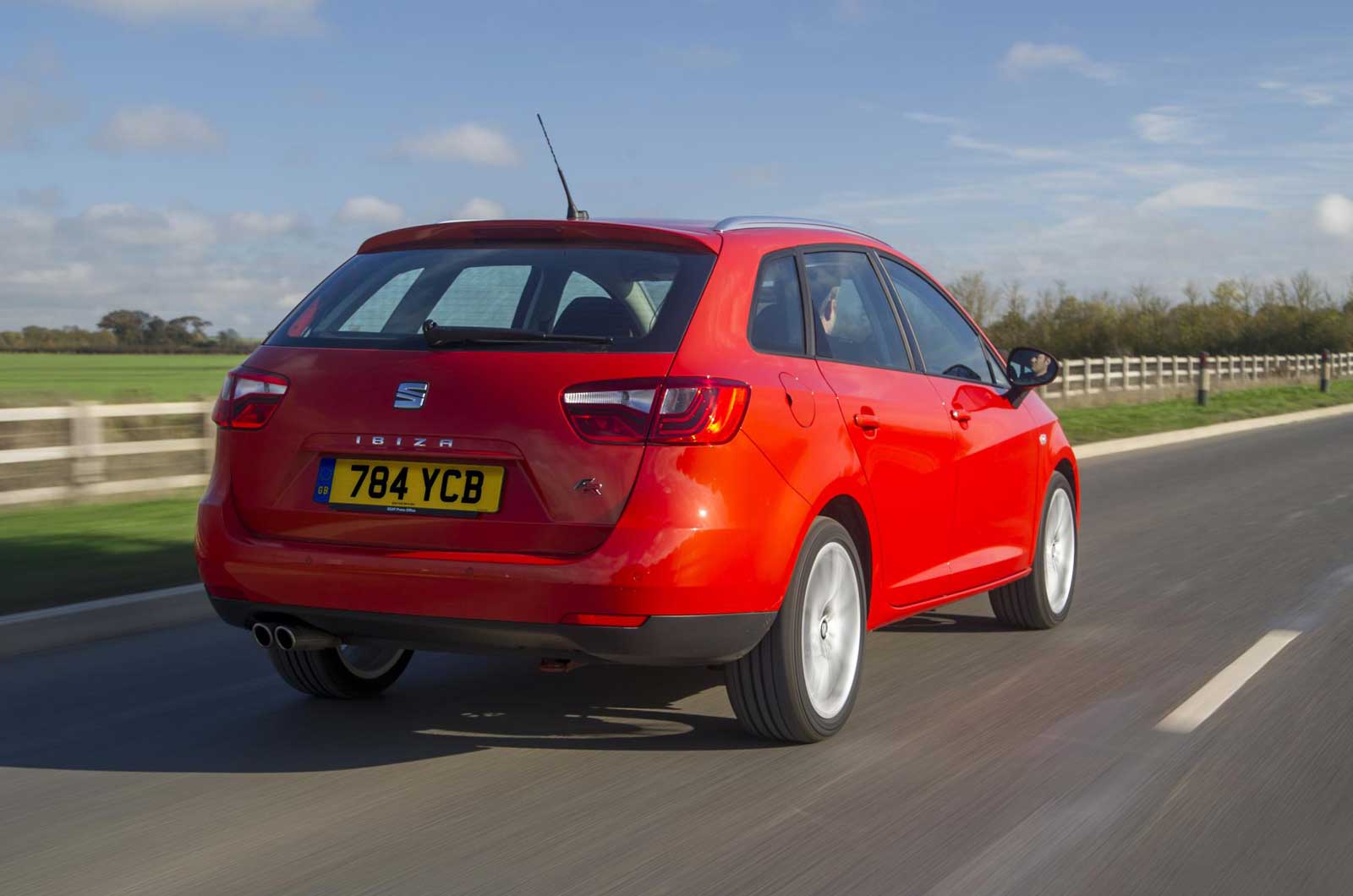 Munoz said the rise in popularity of small SUVs (B-SUVs) was a major factor in the declining sales of small estates. He noted that most small SUVs have an estate-like bodyshell but are taller, making them both more capable and more attractive to customers.

The Seat Ibiza is good looking, well-priced and spacious supermini that doesn’t quite live up to Seat’s sporty image

“In general, the SW body type continues to lose ground in the majority of global markets. Only Italy, Germany and Northern Europe show a preference for that body type. SWs have almost disappeared from the US market, while in China and South America they are quite rare to see.”

A Seat spokeswoman said production of the Ibiza ST had stopped in May 2016, and it was not included in the recent Ibiza range facelift. However, the car still appears on UK price lists because limited stock remains to be sold.

The spokeswoman confirmed that the halting of production was due to poor sales, in contrast to Seat’s other estate car, the Leon ST, which sells comparatively well.

Shame but not surprising

I bought one of these brand new back in 2011. It was one of the best little cars I have ever owned, really practical, very efficient (70+ mpg with the little 1.2 TDI) and cheap to own.

At the time I had two young kids so although the rear seat space was limited, for a family it was great as the boot was huge! I traded it in for an Altea when we had our third child but this was a great car.

I don't get the SUV craze, they are tiny inside compared to cars like these which are the same size externally. Plus these little estates are cheaper to buy, although they don't hold there value like SUV's so it's swings and roundabouts.

RIP little Ibiza ST, I would buy one again :-)

Lots of Clio Tourers in Spain - very smart would buy if available in UK.....