BACK TO ALL NEWS
Currently reading: Remote control car parking to become legal in UK from June
UP NEXT
Entry-level SUVs on the way from Volvo and Polestar

Remote control car parking is to become legal in the UK next month following a new law that’s designed to encourage the use of safety-improving autonomous technology.

From June onwards, owners of cars with a remote parking function, such as the BMW 7 Series and Mercedes-Benz S-Class, can be operated from outside of the vehicle while parking.

Models such as these are able to identify a space while you're aboard, before allowing you to get out and let the car park itself while you remain able to halt the vehicle via a remote control, such as a digital key or smartphone app.

The Highway Code currently dictates that such a control will have to remain involved during automated parking, with the Department for Transport stating that “drivers must continue to maintain overall control of their vehicle”. It also bans drivers from holding mobile devices while operating their vehicle.

But June’s regulation change will allow remote parking devices to be used, as long as the operator is within six metres of their car. 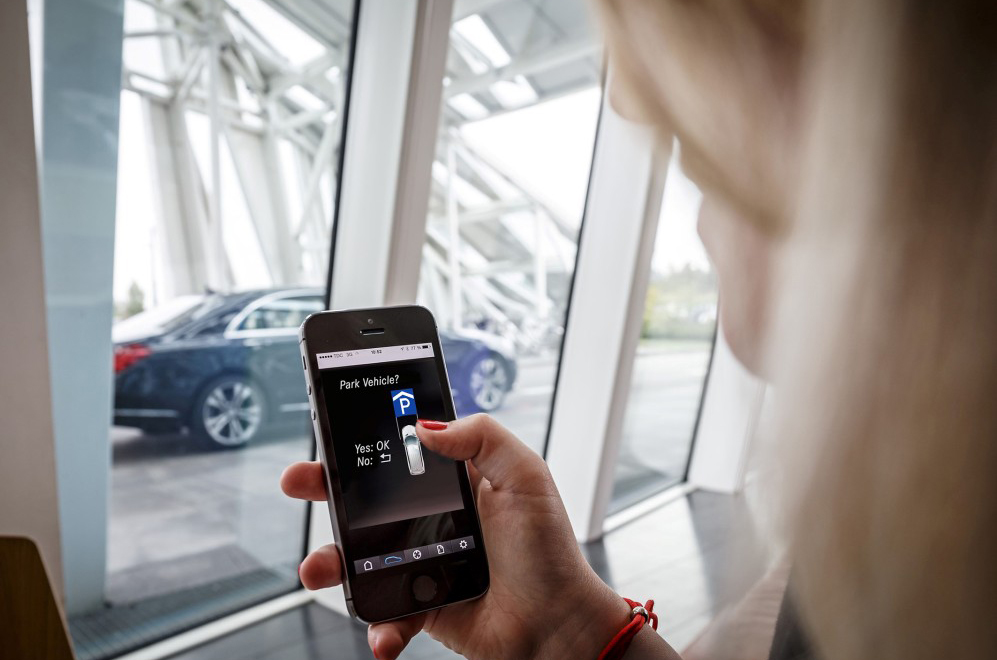 Mercedes cars will text you if they get hit when parked

Transport minister Jesse Norman said: “Advanced driver assistance systems are already starting to revolutionise driving. It’s encouraging to see the strong support for these innovations from a range of stakeholders. We will continue to review our driving laws, in order to ensure drivers can enjoy the potential of these new tools safely.”

The Government has long affirmed its intention to make the UK a world leader in the development of autonomous car technology. It wants the first driverless vehicles to hit British roads in 2021.

Society of Motor Trader Manufacturers and Traders chief executive Mike Hawes said: “Connected and autonomous vehicles will transform our lives, with the potential to reduce up to 25,000 serious accidents and create more than 300,000 jobs over the next decade.

“Today’s announcement is just one step towards increasing automation, but it is an important one enabling increased convenience, especially for those with restricted mobility. It is another welcome commitment from government to keep the UK firmly at the forefront of connected and autonomous vehicle development and rollout.”

Autonomous vehicle technology development was recently labelled by the SMMT as one of the biggest drivers for workforce growth in the UK. It’s estimated that 320,000 new jobs in the UK automotive industry will be created through the sector’s growth between now and 2030.

....err, Peter. Surely if the car can park itself, then it would be reasonable to expect it to be able to 'un-park' itself....allowing you to get back in the car after it has extricated itself?
Mind you, as has been proven with the ease of stealing key less-go cars now, we can expect thieves to be helping themselves to even more premium cars with this tech.
For my part, the day I can park a car myself, I will hand in my licence!
catnip 17 May 2018

If you can't judge and

If you can't judge and control your own vehicle, at very low speeds, and in predictable situations, then you really shouldn't be in charge of one at all, should you....

So, parking the Car after the Car has found a suitable space, right?, how much room does the system allow for Cars parked either side?, say you parked it and when you left it there was enough room for People get in there own a Car, what, what happens if a self parking Car reduces this space and you can’t get back in your own Car?, I think there’s going to be a lot of bumped and scratched Cars!, maybe dedicated Parking areas for self parking Cars....?