BACK TO ALL NEWS
Currently reading: Potholes: how much they cost the UK and how they are fixed
UP NEXT
Land Rover Freelander vs Discovery Sport: 25 years of baby Landie

Potholes: how much they cost the UK and how they are fixed

With 2.2 million potholes being repaired across 12 months at a total cost of nearly £120 million, potholes are a big issue on our roads
Open gallery
Close

The Best from the East and other spells of bad weather recently has led to a huge rise in the number of potholes on Britain's roads. As a result the Government has created a £100 million repair fund, on top of previously announced initiatives, to help remedy the problem.

But how exactly do you fix a pothole? Well, a few years back our intrepid reporter, John Evans, went to find out...

A few feet from the busy A31, the latest weapon in Hampshire County Council’s fight against potholes is hard at work.

A bright yellow truck, with a hydraulically operated boom extending from a large container on its back, over the cab and towards the road ahead, is slowly and noisily making its way along a lay-by, its driver searching for potholes.

When he finds one, he stops the vehicle and extends its ‘proboscis’ towards the hole, into which it blows compressed air, scattering any debris. Hot bitumen emulsion is then sprayed in and around the sides of the dry and pristine cavity. This seals the pothole and creates a bonding layer for the precisely targeted, high-velocity blast of aggregate and bitumen mix that follows.

Next, the proboscis releases a ‘pad coat’ of chippings onto the still-tacky bitumen, followed by a final spray of dry aggregate. GPS and cameras record the position and status of the pothole and the data is relayed to the council. Time taken from start to finish? Three minutes. 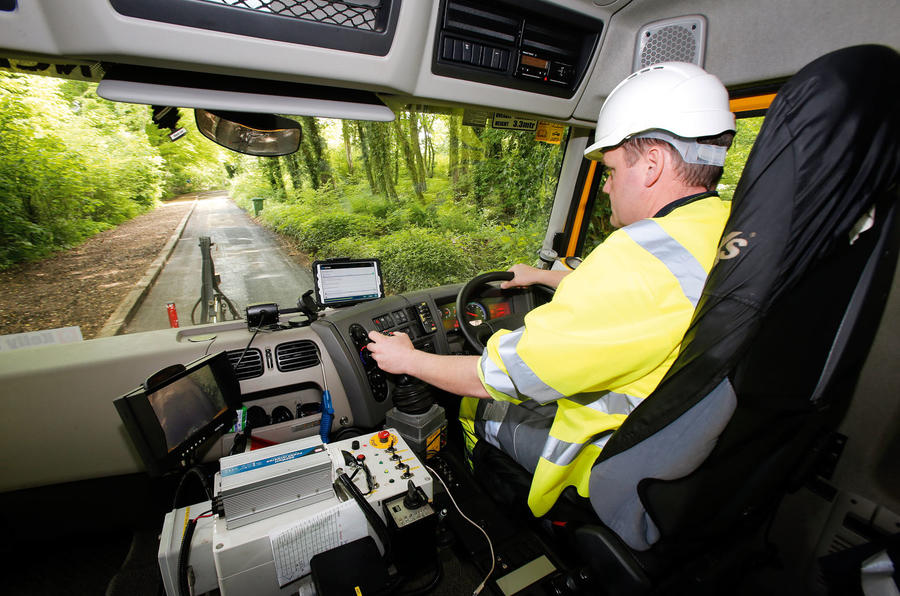 Amey, the contractor showing off the Archway Roadmaster 295 to the council highways team, says 17 such vehicles, each costing £175,000, are being used around the country. Paul Anderson, Amey’s account manager, says the repairs are good for at least three years.

“Around 90% of potholes are in the top ‘wearing course’,” he says. “This machine allows us to get to more potholes earlier in their life cycle, preventing more serious damage.”

Hampshire County Council’s Colin Taylor is impressed. “Our road network took a real battering four years ago and the number of potholes has increased,” he says. “The last thing we want is a temporary repair that we have to fix again. This is good preventative maintenance. It’s robust enough to stop water getting into the hole – which is what usually does the damage – and it provides a sealed surface and a new friction surface, all with just one operator. If the operator sees other potholes not previously reported, he can fix those, too.”

Whether it’s Perth and Kinross Council’s controversial announcement in 2016 that it was increasing its “pothole intervention levels for repairs” from a hole size of 40mm to 60mm (a spokesman said it would continue to repair dangerous holes without delay), or Calderdale Council boasting that it repaired 2000 holes in April alone, potholes are a hot topic.

The pothole in the government's repair plan

They have been since 2012, when the UK had its second-wettest year on record. Roads were weakened from beneath by rising groundwater and from above by tyres forcing water into cracks, compressing the surface and breaking it open. On top of that, utility companies are continually digging up roads, and their repairs aren’t always to standard. 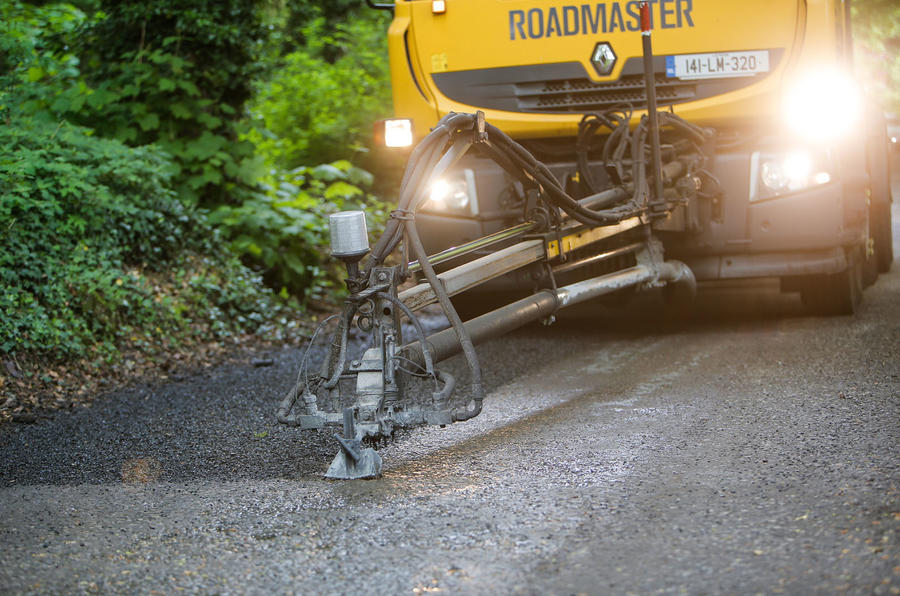 The resulting potholes (70% of councils define a pothole as being a 40mm-deep cavity in the road) can shred tyres and crack wheels. In a 2016 survey, 39% of the AA’s members claimed their cars had been damaged by potholes. Of this number, 28% said a wheel, its tyre and the car’s tracking had been damaged. The survey found that members in Scotland were the worst affected, followed by those in Yorkshire and Humberside.

The Asphalt Industry Alliance (AIA), whose members provide road maintenance services to local authorities, said its annual survey of local councils had revealed that a combination of bad weather, rising traffic levels and what it described as “decades of underfunding” were taking their toll on the nation’s roads.

AIA chairman Ian MacKenzie said: “Local roads are deteriorating at a faster rate than they can be repaired, and more significant problems for the future are building unseen below the surface.” Local councils agreed. The Local Government Association (LGA) said addressing what it called the “roads crisis” was becoming increasingly urgent, but the average highway maintenance budget per local authority had fallen by 16%. 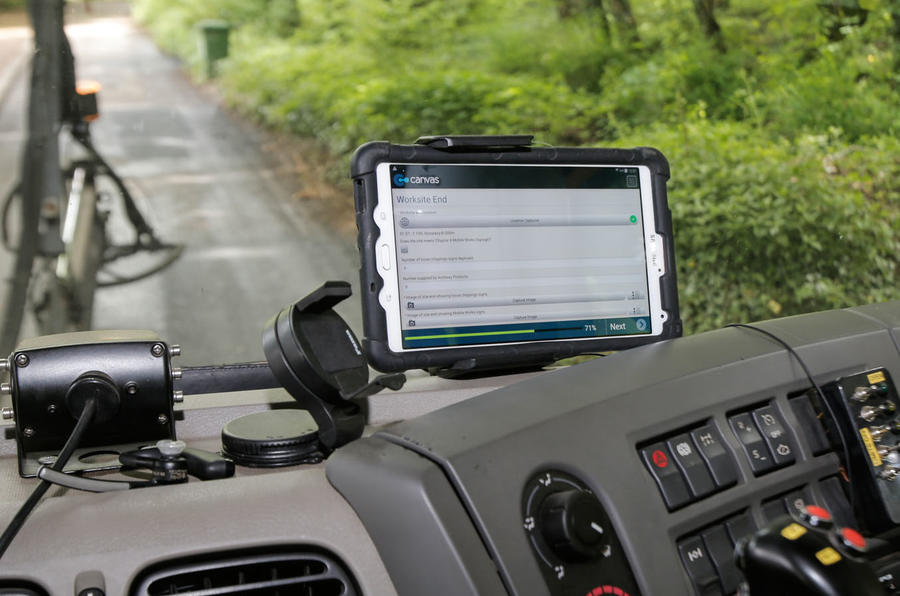 LGA transport spokesman Peter Box said: “Councils fixed a pothole every 15 seconds last year, but they remain trapped in a cycle that will only ever leave them able to patch up deteriorating roads.”

Following calls from local government for extra cash to repair potholes, a £250 million ‘pothole action fund’ was announced in last year’s Budget, and local councils will receive a total of £50m each year for the next five years to help pay for the repair of more than four million potholes.

The average amount allowed for each repair is £53. A Department for Transport spokesman couldn’t explain how the figure was broken down but said the average repair cost was based on an AIA survey of local councils.

Colin Taylor reckons the cost is closer to £60, but, he says, that doesn’t include compensation paid to motorists whose cars have been damaged. “Councils who are insured may pay minor claims to a certain level but will have to pay any excess out of their own funds,” he says. “But Hampshire self-insures. That means we’re responsible for the full payout. We look at every claim on merit, but if we’ve followed our policies and the national guidance, we will reject it.”

As the Archway Roadmaster 295 extends its proboscis into another pothole, Hampshire’s motorists will be hoping it fills and seals it for good, so it gives an extra squirt of bitumen, just to be on the safe side.

Does anyone realise that a Councils are strapped for Cash?, that each department has to fight for its budget, has to get what’s left of last years budget spent before the end of their financial year or lose what’s left?!, it’s all very well moaning about it, and yes some have genuine claim of Car damage, but, if your Council hasn’t got the cash it can’t do a proper job of fixing the Road Acne!!!!

The issue here has already

The issue here has already been brought up many times in the above posts. The reason the UK spends so much on road repairs is that we just throw some 'wet' tarmac in the hole, pat it down and then let traffic start driving over it the moment it's done.

I drive to work along the A361 in Somerset and they allowed trucks to drive along that right after it was all resurfaced, so now it has a nice grippy new surface with two smooth shiny tracks along it where the truck tyres pressed the stones into the soft top surface!

I wonder how many councils

I wonder how many councils use the system described above? I've never seen one in my local area, and looking at the repairs they make here I think its just a couple of guys with a lorry of tarmac. They always leave a humped finish, presumably to cater for sinking, and no doubt that's just guess-work. I've seen times when they've filled in one end of a trough in the road, but left the rest of it because it wasn't quite as bad, then come back a few months later to do the other end, so I doubt the contractors are activeley looking for other 'unreported' faults.