BACK TO ALL NEWS
Currently reading: PHEVs face uncertain future in the UK
UP NEXT
How Lewis Hamilton became an F1 record-breaker

History has shown that if you rip out incentives for electric vehicles, then the market dramatically shrinks – so why did the UK Government cut the car grant for plug-in hybrids last month when it claims to want us all to be driving electrified cars in the not-so-distant future?

The Government argues the purchase grants it introduced in 2011 have lowered the price of around 100,000 plug-in hybrids since and that the market is now “established”. It’s keeping grants for pure electric cars, albeit at a reduced level. 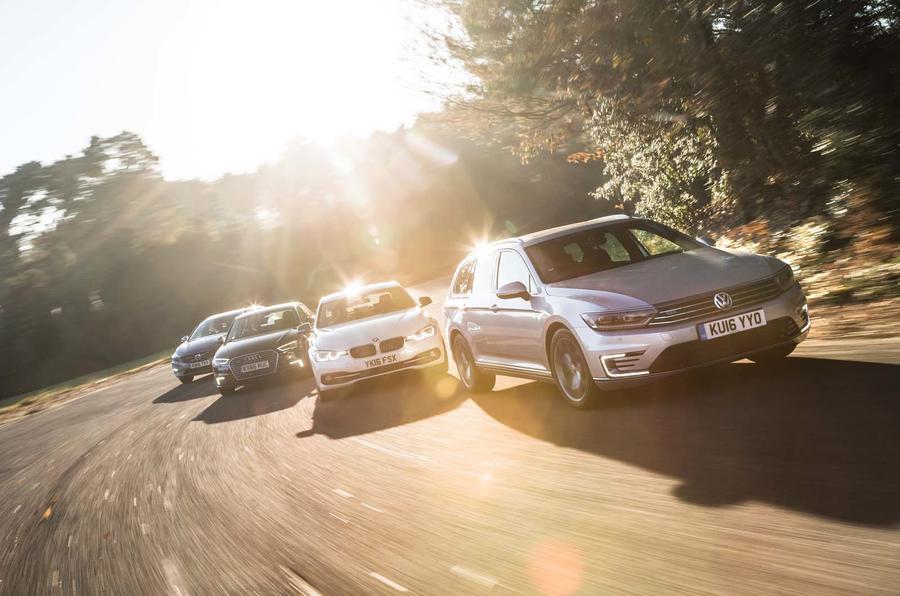 Whether the demand is established or not is tricky to define. Yes, the UK is the largest market for plugin hybrid cars in Europe, according to JATO Dynamics, beating even Germany and Norway. In the UK, they also outsell electric cars at the rate of three to one. But at 33,584 sold to the end of September, plug-in hybrids such as the Mitsubishi Outlander PHEV, BMW 330e and Volkswagen Golf GTE still only account for 1.8% of the UK market.

JATO reckons that’s not established enough and believes sales will plummet. “The only advantage PHEVs have is their incentive,” said global analyst Felipe Munoz.

Just look at the Netherlands. Our neighbour was the leading market in Europe for plug-in hybrids in 2015 thanks to generous tax incentives for company car drivers. But when the government analysed data from fuel cards, they got a surprise: drivers just weren’t plugging them in. To them, the incentives made the extra fuel drunk just running them as a regular car more than worth it. The incentives quickly shrank and the market collapsed. The Netherlands didn’t even make the top 10 European markets for plug-in hybrids this year.

The Dutch experience was behind our government’s decision, one senior industry figure believes. “We’ve known for some time that some ministers were heavily influenced by the Netherlands report on PHEVs,” they said. Despite lobbying from the car makers to say that, unlike the Dutch, UK drivers were in fact plugging in their cars and thus cutting CO2, the Government removed the £2500 purchase grant. 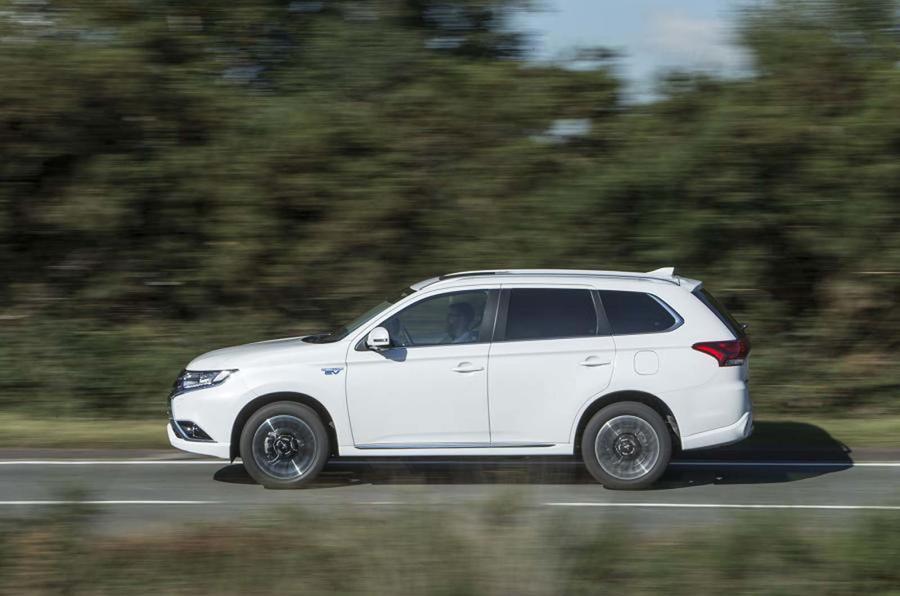 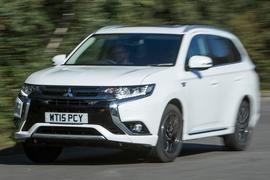 The industry is not happy, understandably. Mitsubishi, maker of the UK’s bestselling plug-in hybrid, the Outlander PHEV, called the decision “extremely disappointing” and premature. The car makers’ lobby group said it was “totally at odds” with the Government’s aim to become a world leader in the take-up of ultra-low-emission vehicles. The Society of Motor Manufacturers and Traders cited the Danish precedent, where a government decision to drop incentives in 2017 eviscerated the market for EVs.

The grant loss came at a time when plug-in hybrid sales were already on the verge of being poleaxed by the switch to the new WLTP emissions testing regime. This came into force in September and was much tougher on plug-in hybrids, meaning cars recorded worse emissions figures and therefore attracted fewer incentives. The response from some manufacturers was simply to remove the car from sale – the VW Passat GTE has only just returned but the Golf GTE isn’t expected back until July 2019. Also dropped were the BMW 330e and several Mercedes. 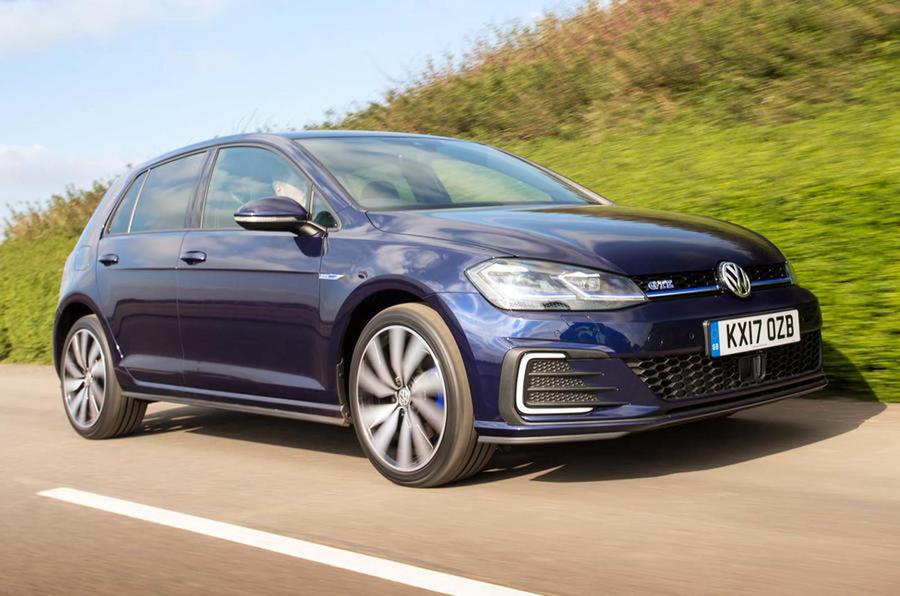 Not everyone believes the government got it wrong. “We have to move away from paying people or offering grants to any form of plug-in vehicles. It’s not a long-term solution and plug-in hybrids are the right place to start,” said Greg Archer, director of clean vehicles at pressure group Transport & Environment. Then there’s the delicate issue of the Government being cash-strapped.

Given all this, do plug-in hybrids still have a future? Potentially. Company car buyers still pay less tax thanks to the low levels of CO2, and anyone who manages to eke out their commute using electric power alone will avoid fuel duty. Then there’s the need for car firms to sell as many electrified vehicles as possible to reduce their average CO2 targets by 2021 in Europe or face big fines (although whether the UK will count towards those averages once it leaves the EU has yet to be determined).

There’s also the possibility that, with increased battery sizes, future models will travel more than 70 electric-only miles (as the hybrid-electric London taxi manages) and therefore qualify for the EV purchase grant.

But as an already expensive car gets more expensive, the future’s not looking good for PHEVs. As Munoz says: “Their biggest attraction is gone.”

If the market only exists when subsidised by people's taxes...

... what does that tell you about the sustainability of the technology?

The technology is good but

There's absolutely no justification for using taxpayers money to subsidise cars for people whatsoever, about from those less fortunate than ourselves with genuine disabilities, irrespective of what powers them.

There's absolutely no justification for using taxpayers money to subsidise cars for people whatsoever, apart for those less fortunate than ourselves with genuine disabilities, irrespective of what powers them.

I completely understand people buying PHEV's as currently its the only realistic way people who cover bigger distances can dip their toe into the world of alternatively configured cars.

However, the published fuel consumption figures are completely mis-leading as they will only (possibly) acheive these numbers while the Battery (if charged) lasts....after that it is just another ICE.

I know quite a few people with PHEV's and I dont know one who ever bothers to actually plug it in....too much hassle! Therefore we definitely shouldnt be subsidising these 'tax break cars'           (and it is 'we' dont forget- not the Government).

Company car users are using the tax breaks and, until now, the reduced price, Motor Manufacturers enjoying the fake reduction in average Co2.

...after that it is just another ICE.

Not just another ICE, it's an ICE that has to pull the weight of extra batteries around which means a less efficient ICE.

... what does that tell you about the sustainability of the technology?

Glad to chat your blog, I

Glad to chat your blog, I look to be ahead to more reliable articles and I think we all wish to thank so many good articles, blog like Godaddy 1 dollar domain to share with us.

Any car with a combustion

12 November 2018
Any car with a combustion engine should have never been subsidised in the first place. They are merely a stepping stone to full EV.

These manufacturers did the absolute bare minimum just to scrape through into the incentive categories, so they shouldn't be complaining when the goal posts are shifted slightly (if they actually are serious about reducing our reliance of fossil fuels).

The only important news is the reduced incentives for full EV's. I know they will be reduced and removed eventually, but this is way too early.