BACK TO ALL NEWS
Currently reading: James Dyson on his company's cancelled electric car project
UP NEXT
New Volkswagen Golf R 20 Years is most powerful production Golf

We speak to the man behind Dyson's ill-fated EV development scheme to find out what went wrong, and what will happen next
Open gallery
Close

In the wake of the shock announcement that Dyson was ending development of its headline-hitting electric car, we went behind the scenes at the project's headquarters to see what could have been.

Here, company boss James Dyson speaks candidly about why the project had to end, and what he could do next.

Full story in this week's Autocar, on sale now

Did you have a name for your car?

“We struggled with that and in the end decided just to call it a Dyson. Maybe we’d have done something different when we had more than one version, but at first a name just seemed like a marketing distraction.”

Was your car good enough for production?

“I believe it was. The design was great and we were ready to go. The problems were commercial, not technical. Ian Minards did an amazing job building a 500-strong team and running things on time. Back in 2014, it was viable, too.”

You’re known for persistence at perfecting an idea. Could more persistence have worked here?

“The nub of the problem is that big car makers are now using their electric models to prop up their gas-guzzlers. That makes EVs unrealistically cheap. It affects Tesla, too, but they have Elon Musk’s billions to fall back on. We don’t.”

Was it upsetting, closing down?

“It tore all our hearts out. We’d done great work and many people in the company were totally dedicated to it. It was awful, delivering the bad news.”

Could the car have worked in the long run?

“I believe several years down the line, if we could have got costs down, we would have been competitive. But getting there was the problem. The battery costs were one thing, but other costs were high, too. When you start something, suppliers charge you more. But in the long run, we could probably have had a good business.”

Is loss-making bad for the EV industry, or will the urgent need to cut CO2 drive it anyway?

“I think it’s really unfortunate everyone’s losing money. When new technology comes along, the ultimate answer is that the public has to see its value and pay. The government has subsidised things a bit – and that has helped – but they cut back recently, which was a pity. The kind of assistance we had is an easy way to do something big.” 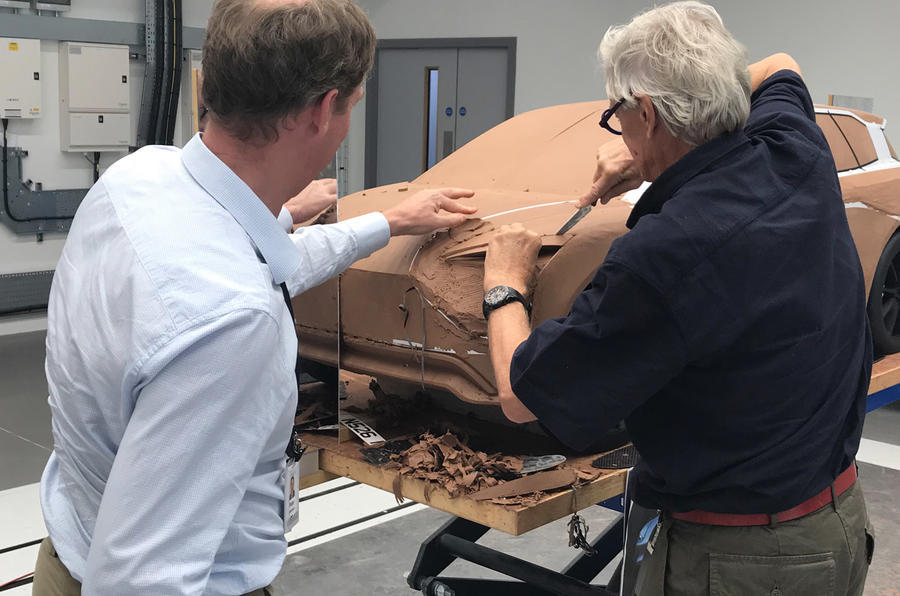 “The battery, I suppose. Batteries and battery cooling are enormously expensive, much more so than internal combustion engines. The rule of thumb is that you take the cost of the battery cells (and our car has 8500 of them) and double it for the electronics. Every cell has two laser-welded connectors. It’s madness! Then you have to cool them. Ironically, most of the cooling is only for the charging phase. If you could overcome the technical issues around batteries, and make them cheaper, you could see a day when battery cars might be as cheap as ICE cars.”

What part of the Dyson car are you proudest of?

“The big wheels, I think. The theory is counterintuitive if you listen to Alex Moulton but we discovered lots of good things about big wheels and I’m convinced they’d have given our car an advantage.”

How big in this project was the solid-state battery?

“Solid state would have been very important. We needed the current lithium ion pack to launch the car, but solid state was the longer-term goal, to get the battery price down, reduce size and weight and make charging easier.”

How is your solid-state battery research doing?

“We’re making batteries right now. They’ve been working well in the lab for some time and we’re manufacturing them in small numbers. So we’re nearly there. When we’re ready, we’ll launch them in a new product but I can’t say when.”

If you were doing a Dyson car again, what would you change?

“I wouldn’t have started it, I suppose. But there’s nothing in the project I’d have done particularly differently. We wanted to be unique and have a very long-range car – and that’s what we created.”

Long range is very important to you, isn’t it?

“Yes. It made us different from Tesla. And I still think having to stop and charge on a fairly short trip is nonsense. In any case, you can’t keep rapid charging batteries all the time: the term is a misnomer. You charge rapidly for 20 minutes, then everything overheats and the rate has to slow. That’s why people like Porsche make such a big thing about adding miles with short charges.”

Doesn’t the need for long range make the case for the plug-in hybrid?

“There is a logic to hybrids. But you’ve got to cope with the expense of two kinds of powerplant. And you’re misleading people in saying you’ve got a green car. For me, a compact and very light car with a small and efficient IC engine is a better alternative than a hybrid.”

What will happen to the cars you’ve built?

“We tried to sell the project but we couldn’t find anyone interested. So we’ll have a museum for our cars and properties. We built a climatic chamber, too, which someone else may want to buy. Or we’ll keep it for other projects. As Dyson grows, we always need new facilities.”

Would you consider other mobility projects? I’m thinking of simpler vehicles, perhaps aimed at Asian markets.

“We only go into markets if we’re convinced we have a good idea. But if we thought we had the idea and the technology to make a difference, we’d do it. Or certainly consider it. Transport interests me: this is not an end to Dyson’s interest in mobility.”

Why Dyson has dodged a bullet

I don't really  think Dyson  considered that the step up to becoming  an auto maker from a maker of small electrical appliances was out his league. When you consider the largest device he'd built before was a washing machine and that wasn't a commercial success either

Suspect the Purchasing team did a poor job on supplier strategy/selection and the engineers were given too much freedom with insufficient design for manufacture/cost control. Also, the clay model looks a bit different to the CAD renderings?

Not convinced that Dyson were going for a step change in battery design/chemistry/technology - I suspect a lot of potential customers are hesitating to go electric when they see prices coming down and ranges going up - why buy a vehicle which in a handful of years will seem uncompetitive to what is then available new and hence heavily depreciate? Who would buy an original Renault Fluence or Honda Insight these days?

Maybe would have been better forming a partnership with an existing manufacturer.  One point regarding his downer on the losses with fast charging is most charging is done overnight at home, fast chargers at 50p a Kw will only every be needed for topping infrequently after 200 miles of driving