Jaguar Land Rover’s chief financial officer has admitted that if the UK “crashes out” of the EU with no deal, it would cost the firm £500 million per year in tariffs on vehicle exports alone.

Autocar found the remarks in a record of a meeting between Adrian Mardell and investment banks at the end of January. Mardell said he “fully expects” the current transition period to last until 1 January 2021, after which there will be “a different relationship”.

Mardell also said: “We’ve gone through two versions of potential crash-outs already, in the end of March [2019] and the end of October, and what we did was to protect ourselves by closing the plant for a week.

“We’ll decide at the back end of this calendar year whether that’s an appropriate measure. If we do crash out, if we go to WTO [World Trade Organization rules]… it’s about a £500m duty hit – £40m a month.”

It’s rare for a senior figure at a major car maker to quantify the cost of a no-deal Brexit and resultant use of WTO rules. But Mardell also reckons that if the UK does find itself in this situation, it won’t be for long.

“I don’t personally believe that we’d really be at those WTO levels for a significant period of time,” he said. “I think it would be a negotiating position which is negotiated away by one side or the other. I’m much more relaxed about it than I would have been two years ago, actually.”

JLR has now furloughed around 50% (20,000) of its non-critical workers during the coronavirus crisis, although it’s paying 100% of their salaries this month. Board-ranking executives have deferred their salary payments for three months, with CEO Ralf Speth’s pay being reduced by 30%.

The pandemic has had a significant effect on already-falling sales, too. The latest figures for the 2019/2020 financial year reveal JLR sold 508,659 vehicles, down 12.1% on the same period the year before. A more significant dent was made in the last financial quarter, between January and March, with sales down 30.9% year on year to 108,869. 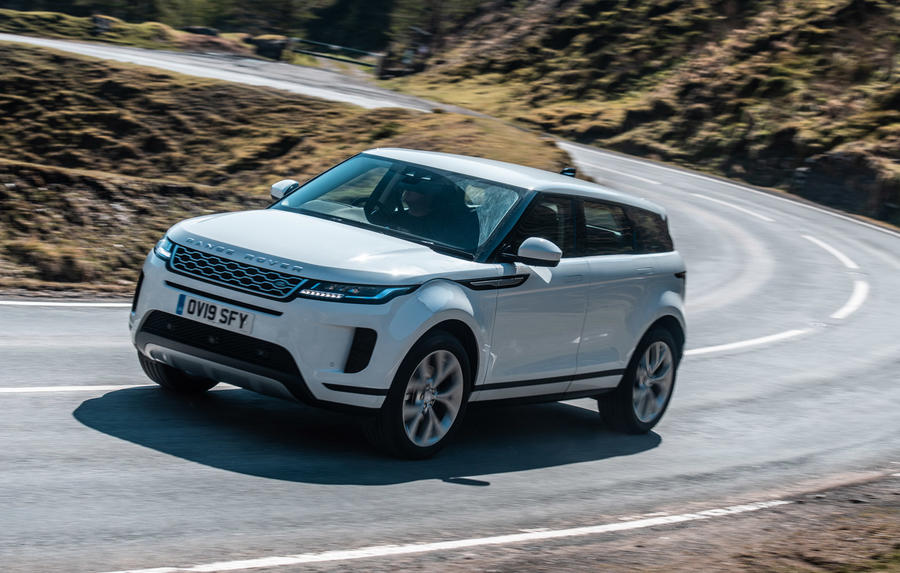 The company is quick to point out its relative successes amid the doom and gloom, though. Range Rover Evoque sales were up by a quarter and Jaguar I-Pace sales increased by 40%. JLR also claims to have ended the financial year with £3.6 billion of cash and unaudited short-term investments, and an undrawn credit facility of £1.9bn.

JLR has announced its aim of resuming production in Austria, Slovakia and Solihull from 18 May. Other European plants will open gradually “in due course”, with work going into making the factories as safe as possible under social distancing measures. It’s expected that production will ramp up slowly, however, meaning a sales recovery will take time.

Just been announced, they

Lots of interesting posts on this highly charged subject, yet, nobody has an answer?,I do wish politics didn't spit apart on a web page which is to talk about cars, but too seriously about cars, especially at the moment.

Lots of interesting posts on this highly charged subject, yet, nobody has an answer?,I do wish politics didn't spit apart on a web page which is to talk about cars, but too seriously about cars, especially at the moment.

should have read....lots of interesting posts on this highly charged subject, yet, nobody has an answer? , I do wish politics didn't split us apart on a web page which is to talk about cars, but not too seriously, especially at the moment.

Well said Peter. There is enough bitterness and division in our country without it spilling over into this forum. Most of us are pretty fed up being restricted in our movements and unable to enjoy any motoring beyond the excitement of a weekly trip to Sainsbury's. The team at Autocar are making a terrific effort to keep our spirits up so let's not spoil things by regurgitating the arguments that however we voted now have to be put behind us. Would the moderators at Autocar please remove any posts that are likely to be politically controversial.

Looks like this will be the straw that brakes the camals back and tip um into bankruptcy, feel for all those who will loose there jobs bad enough at the moment with all this chinky virus stuff goin about.Terrible news
rickerby 23 May 2020

Looks like this will be the straw that brakes the camals back and tip um into bankruptcy, feel for all those who will loose there jobs bad enough at the moment with all this chinky virus stuff goin about.Terrible news

those last few words you couldn’t help posting confirm the sort of person you are. Your views and opinions on anything are therefore completely worthless

we can all have a view mate