After a bruising April for new cars, we look at what’s selling and why – and what’s next
Share
Open gallery
Close
Share story

New car registrations in the UK declined by 97.3% in April to just 4321 sales, due to the coronavirus lockdown. It was the fewest cars registered in a single month since 1946.

The bleak figures had been widely expected, with dealerships closed for the entire month and the British public instructed to stay at home except for essential reasons. Registrations had fallen by 44.4% year on year in March, despite lockdown restrictions being in place for only part of the month.

The UK car sales slump is similar to those experienced in other European countries that have also been under lockdown measures to combat the spread of Covid-19. Sales of new cars in April declined by 88.8% in France and 97.5% in Italy.

Even though they were expected, the figures still make for, in the words of the Society of Motor Manufacturers and Traders (SMMT) boss Mike Hawes, “exceptionally grim reading”. So what lessons can be learned from them?

How Tesla topped the sales chart

The Tesla Model 3 was the UK’s best-selling car in April. But what would otherwise seem a stunning result could be considered as something of a pyrrhic victory: just 658 examples of the electric saloon were registered. Compare that with April 2019, when the Ford Fiesta topped the list with 5606 registrations.

But those 658 registrations meant that the Model 3 outsold the next two best-sellers combined. The Jaguar I-Pace was second, with 367 examples sold, ahead of the Vauxhall Corsa (264).

Tesla’s success was down to its online sales system, with buyers pre-ordering their cars. The company already had a direct delivery system in place for new models and, since the lockdown, has been able to introduce a contactless handover system. This was offered both with deliveries and at Tesla dealers, with all paperwork conducted through the company’s app and customers gaining access to cars through their smartphones.

The relative success of the Model 3 and I-Pace meant that EV sales fell only 9.7% year on year, whereas sales of all other powertrains fell by more than 97%. 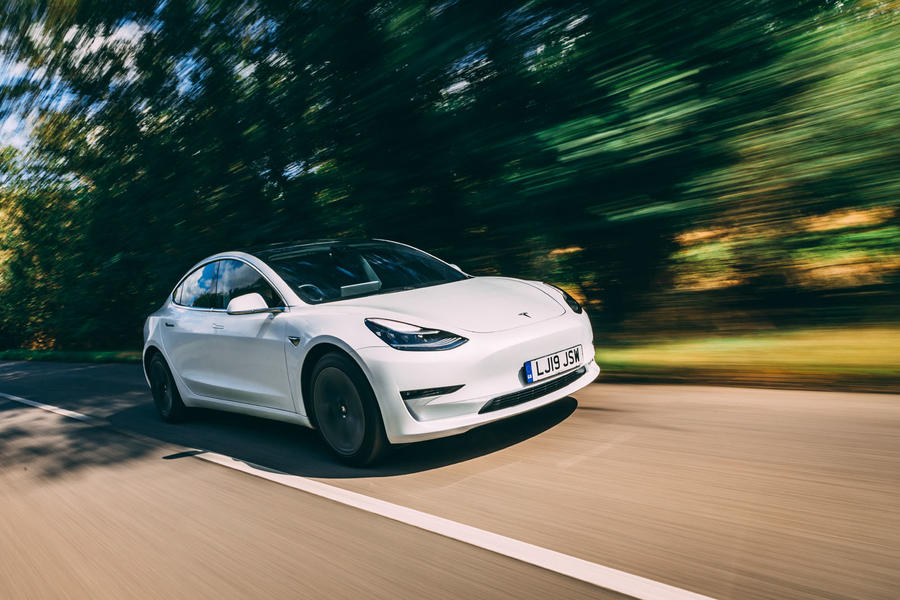 Of the 4321 cars sold in April, just 871 were delivered to private buyers. The rest were fleet orders, many of those to care workers and organisations offering vital services such as the NHS. Sales to key workers have been permitted to ensure they can fulfil their roles.

That also explains some of the unusual cars in the top 10: EVs such as the Model 3 and I-Pace are increasingly popular with fleet buyers due to their low running costs, and Jaguar recently agreed a number of deals to supply NHS fleets with its EV. In January, for example, the firm arranged to lease 700 I-Pace models to the Northumbria Healthcare NHS Foundation Trust.

The dominance of lease sales also helps explain why the Ford Tourneo Custom and Peugeot Rifter MPVs were the fifth- and sixth-best-selling cars in April.

While the government began easing lockdown restrictions on the 13th of May, the damage to the car industry is likely to be lasting. The SMMT has downgraded its forecast for 2020 registrations to 1.68 million, which would be the lowest since 1992, and 27% down on 2019.

The car industry has been pushing to ensure that dealerships are included in the first wave of ‘non-essential’ businesses allowed to open following the lockdown. The hope is that pent-up demand from buyers nearing the end of PCP deals could lead to an early sales rush.

“A strong new car market supports a healthy economy and, as Britain starts to plan for recovery, we need car retail to be in the vanguard,” said Hawes.

Building demand for new cars – both in the UK and elsewhere – is also vital in getting car production back on track. Following the resumption of production at many continental European plants, Rolls-Royce became the first firm to resume work at its UK factory last week, with Bentley and Aston Martin following suit this week.

But those are all premium brands with relatively small production lines and a backlog of orders. By contrast, larger UK plants remain closed: Nissan has said it won’t resume work at its Sunderland factory until at least June. That reflects both the complexity of introducing social distancing and other health measures in vast car plants, and the collapse in demand for new cars. 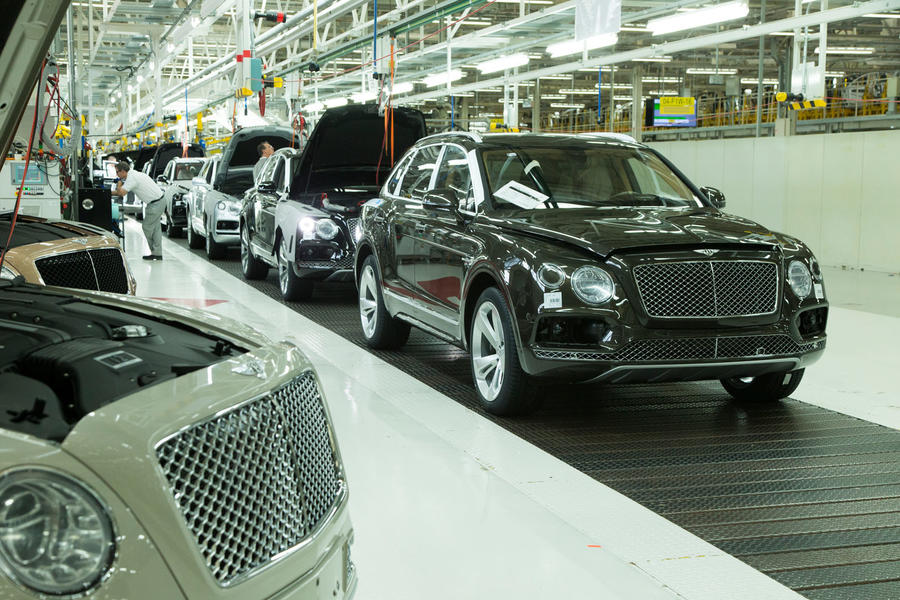 China was the first country to suffer a coronavirus outbreak and to introduce severe lockdown restrictions – and the first to ease them. And there are signs the market has not just recovered but is also moving into positive growth.

In February, at the height of China’s lockdown restrictions, new car sales fell 79% year on year. As restrictions eased, sales rose by 427% in March, although they were still down a third on 2019 levels. But the early indications are that the market has actually grown in April: for example, Volvo’s sales in China last month were up 20.8% year on year.

I wonder if ConsumerSalesMonthly magazine.....

are writing similar articles wondering what lessons can be learned from the fact that in April there was a 10,000% increase in the sales of toilet paper, and a 10,000% drop in sales of travel insurance.....?!

So Mr Attwood in a year's time, the Fiesta won't be back as the best selling car and toilet roll will hardly be selling at all, because everyone has stockpiled so much?

You cannot learn anything useful from April's statistics, at a time of a temporary national emergency and a temporary total change in people's lifestyles, but as the last poster pointed out, Autocar are writing anything at the moment. Barrel scraping for something to write!

are writing similar articles wondering what lessons can be learned from the fact that in April there was a 10,000% increase in the sales of toilet paper, and a 10,000% drop in sales of travel insurance.....?!

So Mr Attwood in a year's time, the Fiesta won't be back as the best selling car and toilet roll will hardly be selling at all, because everyone has stockpiled so much?

You cannot learn anything useful from April's statistics, at a time of a temporary national emergency and a temporary total change in people's lifestyles, but as the last poster pointed out, Autocar are writing anything at the moment. Barrel scraping for something to write!

Up down, Up down.

Do the staff at Autocar talk to each other? Two days ago it's news of the recently re-opened VW Wolfsburg factory having to suspend production again due to poor sales forecasts, next day we're being told there's going to be less discounts and waiting lists due to strong demand, and today it's SMMT downgrading forecasts.

I'm struggling to keep up with this.

The Tesla Model 3 topped UK sales for April with 658 registrations, according to data from the Society of Motor Manufacturers and Traders (SMMT). The overall UK market plummeted 97 percent to 4,321 cars as consumers were unable to visit dealerships that were closed under the lockdown.7 May 2020
View all comments (6)